Cinemas across Europe have gone back into lockdown, theaters in much of the U.S. — including L.A. and New York City — remain shut (about half of the country’s total screens) and the studios have pushed or pulled nearly every one of their big tentpoles (will the new James Bond, No Time to Die, ever hit theaters?).

But looking at the lineup of new projects — from finished films to in-development packages —heading to the online-only version of the American Film Market this year, you’d never think we were in the midst of a global pandemic. The movie business is going through a once-in-a-lifetime crisis, but independent producers keep making films and international sales agents keep selling them to distributors worldwide.

Business at virtual Cannes and virtual Toronto was robust and sellers scheduling back-to-back Zoom meetings ahead of AFM, which kicks off on Monday, expect a similar response from the last film market of 2020.

“For a discovery, you sell off the heat in the room,” she says. “That’s hard to replicate online.”

“If you’re pre-selling a film right now that hasn’t begun production, for release in 12 months, there’s no problem, because people assume the issues around COVID will be solved by then,” notes Voltage Pictures president and COO Jonathan Deckter. “If it’s a finished film, then the ancillary markets —how the movie can work in [video-on-demand] play a greater factor.”

Overall, AFM 2020 looks to be a sellers’ market, with distributors big and small, domestic and international, hungry for new films.

“Production is slowly and steadily returning, movies are getting made,” notes Deckter, who is wrapping up final pre-sales on the third and fourth After films, currently being shot at the Nu Boyana Studios in Bulgaria. “Our biggest challenge right now is inventory management, knowing how and when to release our films. The worst-case scenario for us would be to run out of content. But I don’t see that happening.”

Here is The Hollywood Reporter‘s Hot List of a dozen new titles likely to generate buzz, and major sales, at the AFM this year. 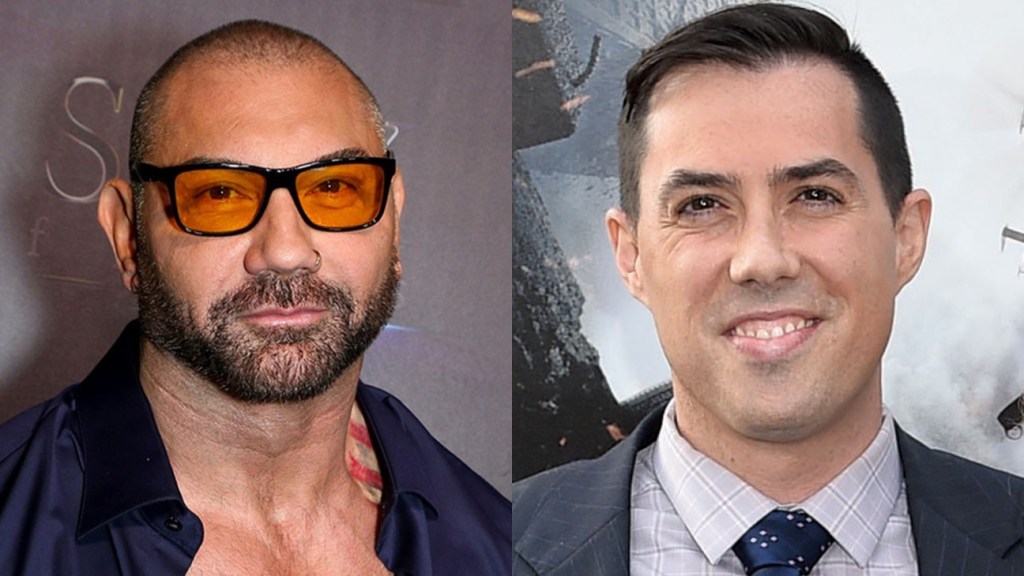 Buzz: High-octane action is the safest bet for international sales at AFM, so expect this tasty package — combining Guardians of the Galaxy star Bautista and San Andreas director Peyton in a sci-fi adventure comedy about intergalactic criminals who crash land in a small U.S. town— to sell out quickly.

Buzz: Female-focused thrillers continue to make inroads on the international indie market and the latest from Salt director Noyce, featuring Oscar-nominee Watts as a mother in a small town racing to save her child during an active shooter incident, looks designed to play well in ancillaries, even if most cinemas remain shut.

The Things They Carried

Buzz: Hacksaw Ridge proved there’s life left yet in the Vietnam War drama, and this star-studded package, with Snow White And The Huntsman helmer Sanders directing a cast of in-demand talent, based on Tim O’Brien’s acclaimed collection of stories the young men of Alpha Company, should be an easy sell both at home and abroad. 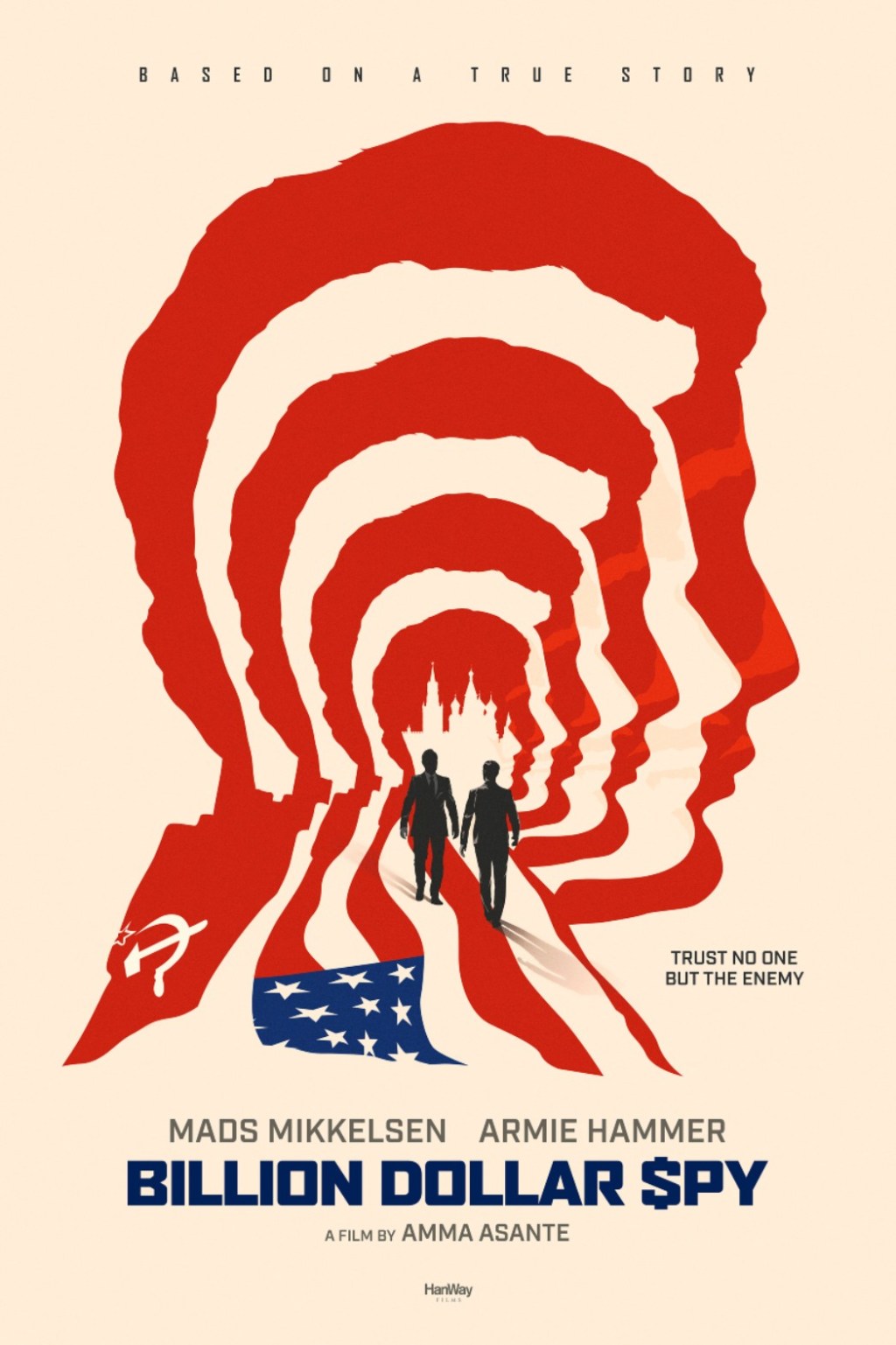 Buzz: Spy thrillers with A-list casts are precious rarities on the indie market, which should boost pre-sales bidding on Asante’s upcoming feature. The based-on-real-life drama stars Hammer as a CIA agent who develops a bond with a  Soviet engineer  (Mikkelsen), who has access to military secrets that could change the course of the Cold War.

Good Luck To You, Leo Grande

Buzz: The notoriously selective older female audience is the holy grail of indie art-house cinema and this comedy, featuring Emma Thompson as a 55-year-old widow on the hunt for good sex who hires a 20-something gigolo (the eponymous Leo Grande), could prove just the right mix for global buyers.

What’s Love Got To Do With It? 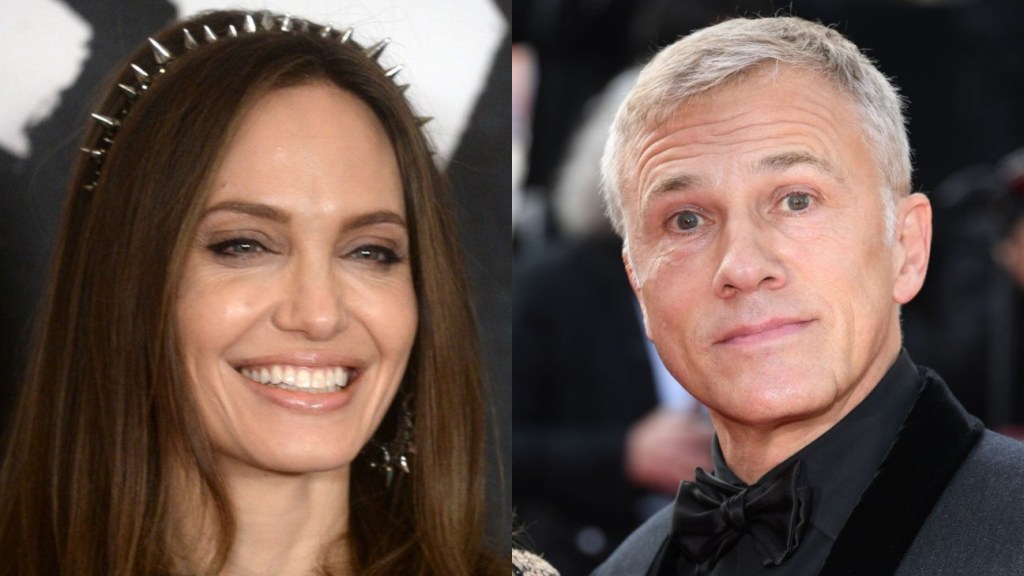 Buzz: A piece of quality cinema for high-end buyers, this romantic drama stars Oscar-winner Waltz as an accomplished concert pianist who receives a diagnosis of ALS. As his disease worsens, and he is no longer able to play the piano or live on his own, his ex-wife Karina (Oscar-winner Jolie) reluctantly steps in to be his caregiver.

Buzz: Frears, Coogan, and co-writer Jeff Pope—the trio behind $100 million global hit Philomena —re-team for this comedy-drama based on the unbelievable true story of how Philippa Langley found the remains of British monarch King Richard III under a Leicester car park. Coogan will play Langley’s husband.

Buzz: The father-daughter combo of Ethan and Maya Hawke provides a tidy marking hook for this period dramedy that’s looking to appeal to both dad’s Boyhood and daughter’s Stranger Things fan base. The plot has Maya playing Jane, a teen in Anchorage, Alaska, circa 1966. When The Beatles make an unexpected stop in the sleepy city, Jane devises a plan to lose her virginity to George Harrison. 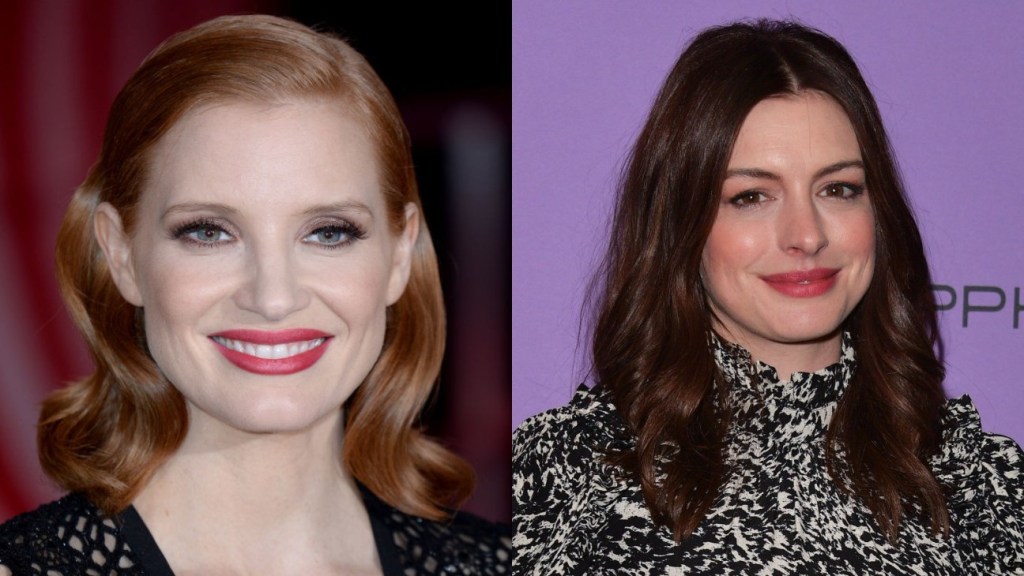 Buzz: Box-office draws Chastain and Hathaway star as best friends and neighbors who have their idyllic lives as 1960s housewives shattered by a tragic accident. Masset-Depasse will direct the English-language adaptation of his 2018 Belgian sleeper Duelles.

Wash Me in The River

Buzz: Lone Survivor and The Irishman producer Emmett makes a rare move behind the camera in this action thriller with enough star power to almost sell off the poster art alone. 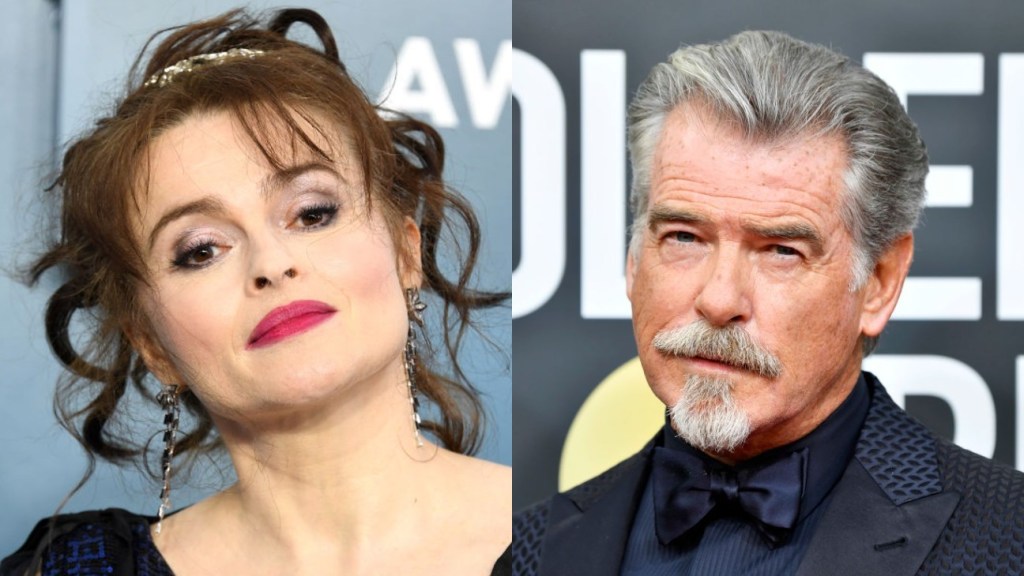