Sébastien Raybaud’s first job in the business was as a runner on the set of Charlie’s Angels, the McG-directed action-comedy from Columbia Pictures. He wasn’t impressed.

“I was fascinated by cinema and the film business,” says Raybaud, “but being on set was fucking boring. That’s why now, I have people to go on sets for me.”

Raybaud, CEO of fast-growing finance and production outfit Anton, has better things to do.

The French-born exec cut his teeth at media conglomerate Vivendi before setting off on his own in 2011 with Europe-based media fund Anton Capital Entertainment. His first big deal was a $180 million (€150 million) slate financing deal with StudioCanal, the first of its kind in Europe, which bankrolled the Paddington and Shaun the Sheep franchises and, more importantly, brought European institutional investors into the local film business. “Before then, investing in film in Europe was seen as silly,” he notes.

Anton followed up in 2017 with a $193 million (£150 million) co-production fund with the BBC that’s delivered such series as McMafia and His Dark Materials, as well as co-production deals with European heavyweights Federation Entertainment and TFI-owned Newen.

Raybaud spoke to The Hollywood Reporter ahead of the market, and just as most cinemas across Europe entered into their second lockdown, about why, despite the coronavirus pandemic, he’s bullish about the future of the indie film business.

When you did the slate financing deal with StudioCanal it was a first in the European industry. Where did you get the idea to take the U.S. studio model — getting big investors to finance a portfolio of films rather than a single project — and apply it to Europe?

After Vivendi, and a year of not working, of doing a lot of reading and thinking, I went to London to join the film division of (investment bank) Société Générale. We mainly did slate financing for the major studios. I met tonnes of studios executives and got a look at their business, how they did financing, packaging, and talent deals. I met tonnes of U.S. investors investing in major studios.

I saw there was a massive gap between the U.S. and Europe. In Europe there is no global champion in film — there is no major studio — really no big mini-major. The main reason is we don’t have Wall Street money. Institutional investors in Europe don’t invest in film or TV. It’s a question of optics. Investing in film is seen as silly in Europe. In the U.S. it’s a big, important business. That lack of institutional money is a big issue. Without that, Europe can’t really play on a global scale.

I set up Anton to try and address that, to access institutional money. It took a while to show investors in Europe that this asset class — film and TV — is a great investment and you can make great deals. We have incredible creativity and talent in Europe. It deserves better access to capital. European film should be more ambitious.

What are your ambitions with Anton on the production side?

After our slate deal with StudioCanal, Anton became a platform, funded by institutional money, blue-chip investors, to do slate financing, co-production and single projects. We have co-production funds with the BBC, TF1, Federation. On top of that, I’ve been building out Anton as a real studio, a fully-fledged studio, for both film and TV. Each time, I’m looking for a specific angle, an area where there isn’t as much competition. Because the company is well-capitalized, we can do very high-end productions, which are often difficult to greenlight in Europe. We’re not scared of big, ambitious projects — like His Dark Materials and Greenland. We fully-financed Greenland, we produced it, and we sold it worldwide. Our ambition is to do top-quality projects and to give the talent here in Europe the ambition to think bigger. We want to bind together quality and commercial ambition.

Being well-capitalized also lets us be flexible and fast. A big problem with European film companies is overhead, but we have just 20 people on staff. That’s not bad for a company producing $100 million in content annually. We want to double that over the next 2-3 years but, even then, we won’t have more than 30-35 employees. 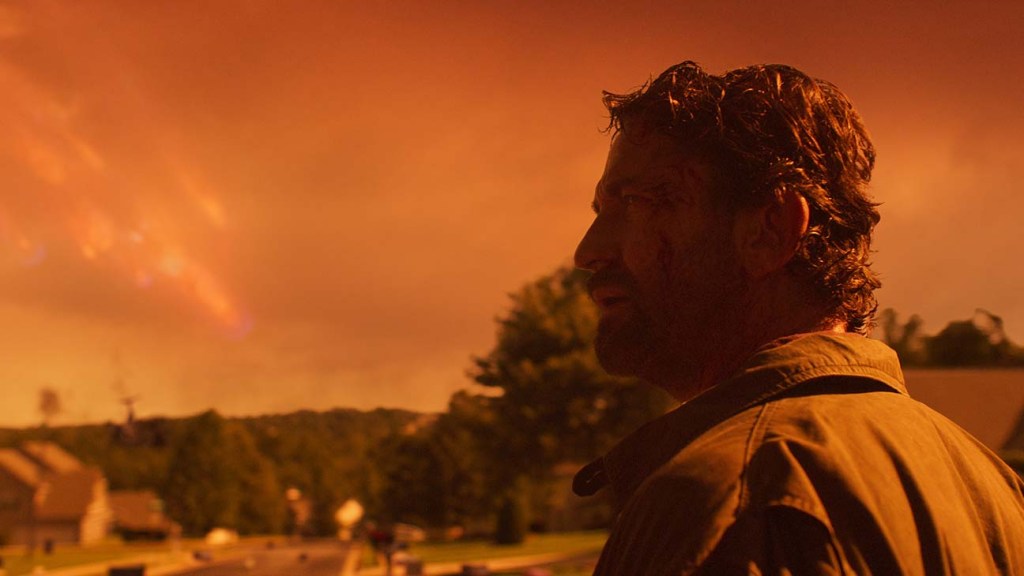 What’s been the impact of COVID, which has shut down production and closed cinemas, on investor confidence in the independent film business?

Our shareholders are really happy with what we are doing. COVID doesn’t worry investors to the point where they are getting cold feet. Europe is better protected than the U.S. — there are government schemes in place in the U.K., in France, Austria, and Germany, to cover COVID insurance risks for production and they’ve been immensely helpful. We did one production — The Pursuit of Love — for the BBC, which wrapped during COVID. Another U.K. show, Cheaters, was suspended during the first wave of COVID but is now back in the thick of it. We have productions underway in France and Spain. We’re launching a production in Iceland. Some countries in Europe have been much less impacted by COVID. We can choose to go and produce where it’s less risky.

And we’re learning more every day how to produce under COVID conditions. It’s a really granular process. So if one key actor is sick, we are learning to reshuffle the production to prevent a shut-down. It’s risk management, but it is manageable.

In cases where the government schemes don’t work, we’re bundling risk. In certain cases, we’ll take the risk ourselves. Which is fine with us. The risk is worth it because there is more and more shortage of finished product out there — high quality finished films are at a premium in the market right now.

But cinemas have shut down again across most of Europe, and the situation with theatrical releases in the U.S. is still very patchy.

The basic principle holds: people love film and TV and they want to watch more of it now, not less. It’s just a question of understanding how to monetize the content. And there are plenty of ways, more than ever, to monetize content right now. But as a company, we are highly supportive of cinemas and the theatrical release. For Night House there was a bidding war between Searchlight and the streamers and we sold to Searchlight. That film deserves a theatrical release. But there are plenty of ways to make good deals.

And there are opportunities. Look at Greenland. It was released theatrically and it was number one in more than 20 territories — in Italy, in South Korea, in Germany, in Taiwan. In France, it’s been the most successful Gerard Butler film after 300. Despite the limitations on cinema capacity. In the U.S. we did a deal with HBO Max for the film for a great price. It made us very happy, everyone did great out of that.

What have you learned about what’s required to succeed in the post-COVID period?

It’s taught us you have to be nimble and flexible, you have to react to what you have in front of you. For the right package, and the right script — cinemas are a great place right now. It’s a great market. There are plenty of opportunities. But it’s not one size fits all. Everything is bespoke. As a film company, it’s important to have small teams and to have an open mind. Things will change — some films will go straight to platforms, some will do premium video-on-demand (PVOD) releases, some with do opportunistic theatrical releases — but the business will continue.

A lot depends on how the theatrical window will survive but I think it’s exciting to see how the market has become flexible when it comes to pricing — you’re seeing films go to PVOD for $9 and for $29.99 — we’re seeing new windows, new exclusivity to create a sense of an event for a title.

Has the experience of producing under COVID changed what you decide to greenlight?

That’s a good question. The new conditions do put a lot more pressure on us choosing what we do. We should do less and be laser-focused on what we put in place. After the first lockdown, everybody’s impulse was “let’s develop,” but it has become really difficult to package projects and we have to address that.

I think the market is really noisy right now. There are a lot of producers, a lot of projects. We really like to partner with producers to co-develop so we are all focused on the same thing. We won’t bring a project to market until we have the talent attached or unless we are 200% convinced of the material. Mother’s Instinct is a great example. We saw Oliver Masset-Depasse’s film in Toronto and developed the remake ourselves. Now we have a great script and have the talent attached. All the elements are there and we can go forward. It is set in the U.S. so we are targeting a North American shoot, maybe Canada.

When it comes to financing, it will depend on what we see on the market at AFM. But we are extremely convinced by the film.

We’ve had a virtual Cannes and a virtual Toronto market, now a virtual AFM. How do these online-only markets compare to the old school physical ones pre-COVID?

It’s absolutely less exciting. There is less buzz. But there is still some buzz. Buyers are aware of what’s out there and the prices haven’t disappointed. The market is very much alive.