On a recent Friday, Alan Horn watched a very early cut of Angelina Jolie’s Maleficent 2 in the executive screening room on the sixth floor of the Team Disney Building that was designed by famed architect Michael Graves. The chairman of Walt Disney Studios is an architect in his own right: Nearly two decades ago, when arriving at Warner Bros., he decided big-budget tentpoles were the movie industry’s future. His motto — “Do I have to see it now, and do I have to see it on the big screen?” — proved prescient.

Of the 18 Disney titles that have earned $1 billion or more at the global box office, 13 were released since Horn arrived in summer 2012 to lead the film studio at the behest of Disney chairman and CEO Bob Iger. The even-keeled executive, 75, now presides over the most powerful film empire in town, about to become even bigger with the addition of 20th Century Fox’s film units alongside Pixar, Lucasfilm, Marvel Studios, Disney Animation Studios and Disney’s own live-action suit.

The Long Island born-and-raised Horn, who attended Union College in Schenectady, New York, before earning an MBA at Harvard, was working in advertising when legendary power broker Jerry Perenchio convinced him to come to Hollywood and join the company Perenchio ran with All in the Family creator Norman Lear. Horn and one of that sitcom’s stars, Rob Reiner, became pals and in 1987 were among the founders of Castle Rock Entertainment, home of When Harry Met Sally …, A Few Good Men, The Green Mile and Seinfeld.

Horn lives on L.A.’s Westside with his wife, Cindy, a Democratic Party fundraiser and environmental activist (he’s taken up the cause as chair of the Natural Resources Defense Council). They have two daughters, Cody, 30, and Cassidy, 29.

Horn — who’ll have a prominent seat at the Feb. 24 Oscar ceremony, where Marvel’s Black Panther is the first superhero pic to be nominated for best picture — sat down with THR in his Burbank office to talk about how the Fox merger will allow him to make films beyond the squeaky-clean Disney brand, Iger’s streaming push and his recent trip to the London set of Star Wars: Episode IX. 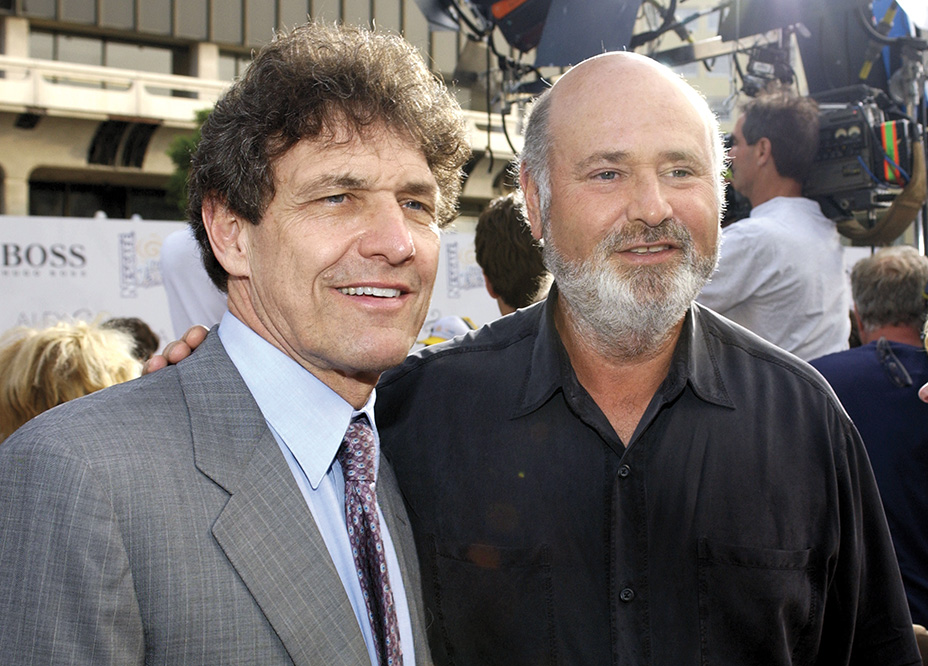 What was your reaction when you learned of the Disney-Fox merger?

That Bob has managed to top even himself. To take over a major motion picture studio with a storied history and a hundred years of history is a very bold move. And the second reaction was, “OK, how do we assimilate this into one company and have it function productively, and how do we actually make this work in practice going forward?”

Have you answered that question?

No. Because of the gun-jumping rules, we’re not even allowed to provide what Alan Braverman, our general counsel, refers to as “actionable direction” [until the acquisition is finalized]. We’re being very, very careful. But obviously I see their movies.

20th Century Fox film chairman Emma Watts, Fox Searchlight co-heads Steve Gilula and Nancy Utley and Fox 2000 chief Elizabeth Gabler will all report to you once the deal closes. Will that change Disney’s prohibition on edgier PG-13 or even R-rated movies?

With Fox, we can make movies that right now I say no to. Take Bohemian Rhapsody, which is PG-13. It’s a hit movie and very, very good. But there’s no way we could make it under the Disney label because the characters smoke cigarettes and other content. Nor could we have made [Warner Bros.’ R-rated] Oscar-winning Argo because the characters smoke and use the F-word. We always have to think about the smoking policy. The audience for a Disney movie may not know what they are going to see, but they know what they aren’t going to see. There are certain things we just can’t include because we’ll get letters. 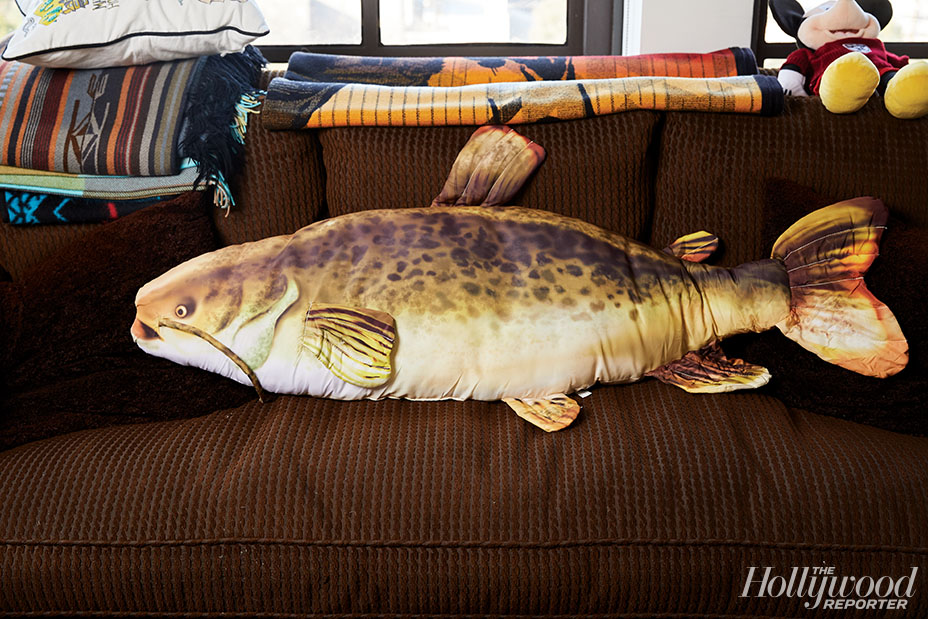 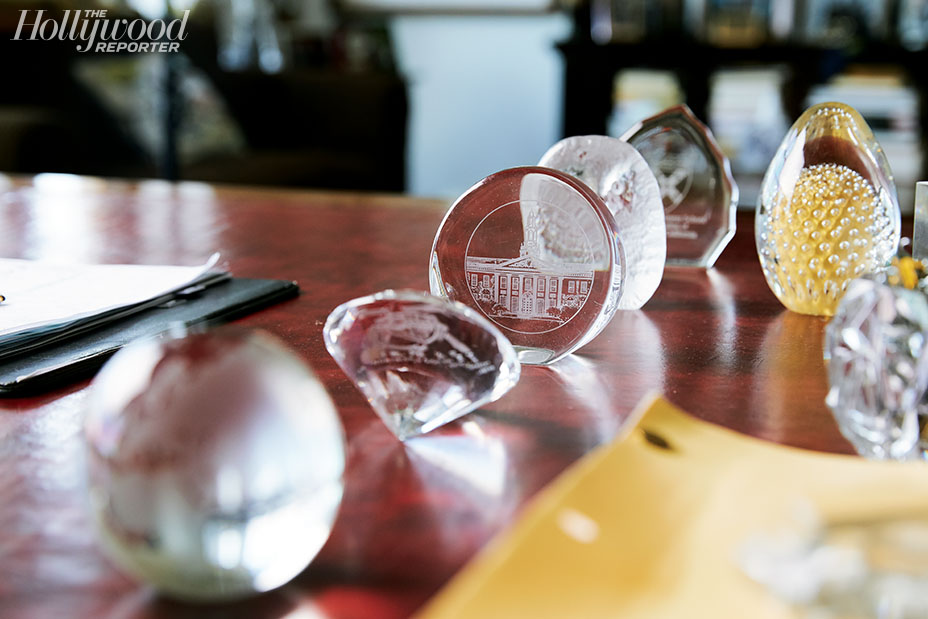 How does Disney’s push into streaming, with Disney+ coming this year, change your job?

The service will accommodate both film and television product, so each of the entities that is under my umbrella is charged with the challenge or responsibility of coming up with programming that can go directly to the service. I say to Sean Bailey, “I have good news. You can now make a McFarland, U.S.A. again.” That was an example of a wonderful movie that lost money. But this is the perfect vehicle for that kind of movie. Kathy Kennedy and Lucasfilm came up with the idea — it wasn’t mine — of an episodic Star Wars series called The Mandalorian, done by Jon Favreau. And the people at Disney Animation and Pixar are saying, “What can we do?” Everyone wears an additional hat now. Bob has said the service is now his No. 1 priority. Netflix and companies like Amazon represent the great disruption in our business and a seismic shift in consumer offerings and viewing patterns. The interesting thing, which is not resolved yet, is how big is the consumer appetite for these incremental services? I like our chances.

How many movies will the various labels make each year for the service?

The quality of the idea and the piece itself will drive whether we can make it or not. Sean may have three or four a year that he can contribute, and Marvel has a few things — we’re doing [a series] with Tom Hiddleston playing the Loki character.

I work very closely with [Disney Studios president] Alan Bergman, who is my partner in crime. The business stuff is extremely important and has to get done, but the vast majority of my time is spent on having an input creatively on cuts of movies, on casting, on everything. 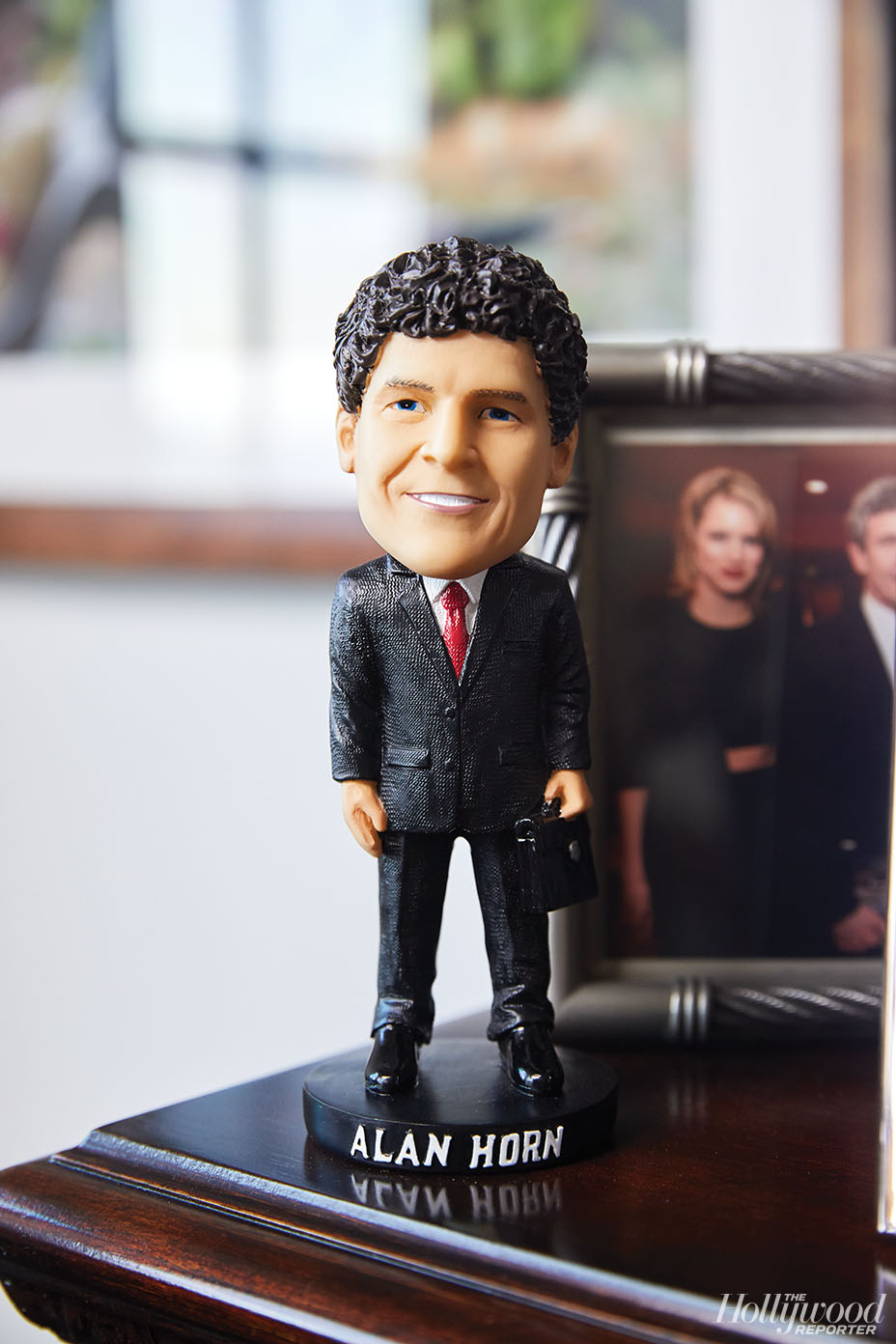 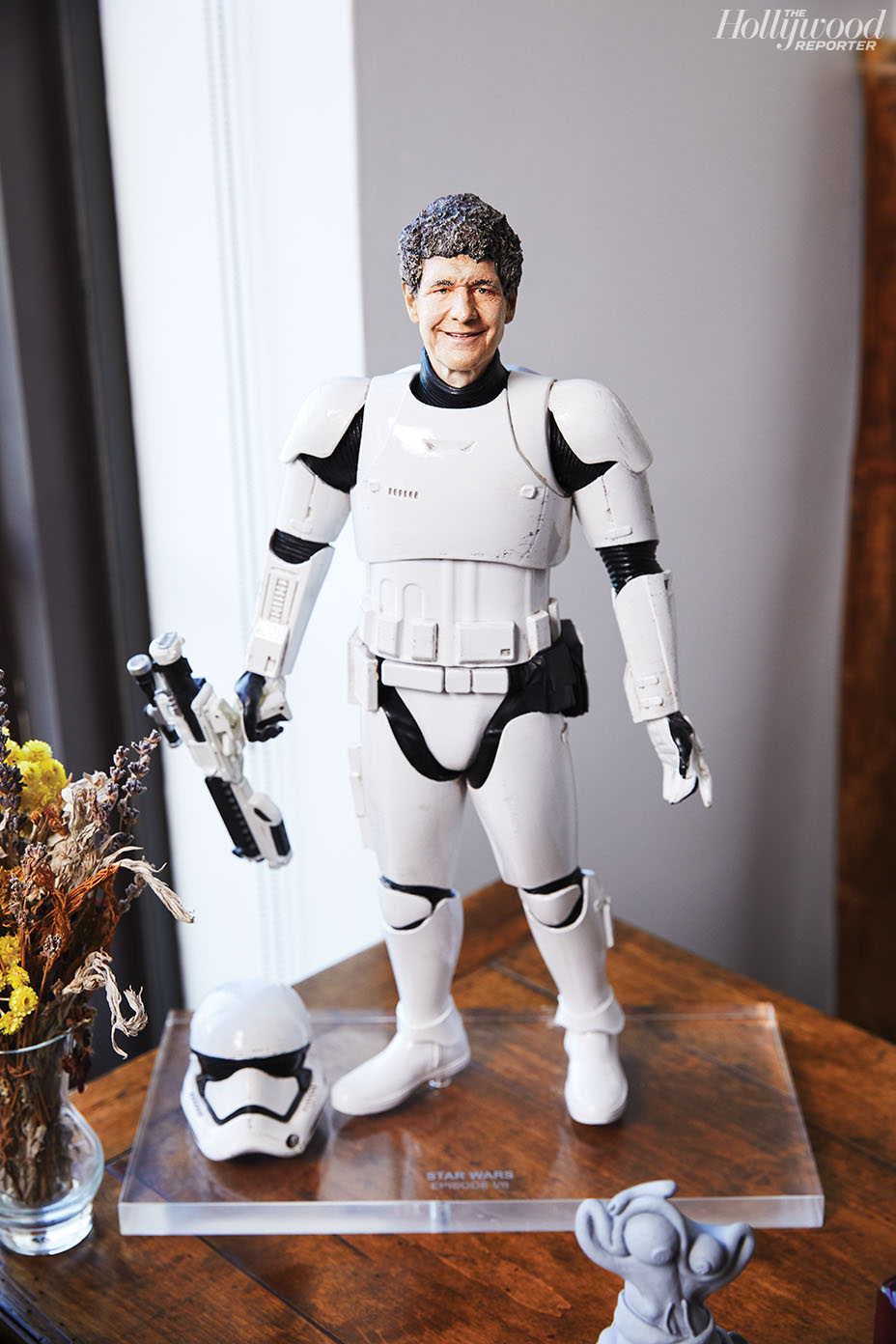 How early do you see a work-in-progress?

I want to respect everyone. I’ll say, “You tell me when it’s time for us to see it, but don’t wait until it’s too late to give notes because I need to weigh in.” Sometimes my notes are very significant, and sometimes not. I can’t tell you the number of times a director or a producer will show a cut of a movie that is 15 minutes too long, but they can’t bear to cut it. And I’m always looking for heart and humor. I remember Norman Lear saying to me 45 years ago, “Alan, where is the moment when you watch something and go, ‘Ah.’ ” I look for that in everything.

How have Pixar Animation and Disney Animation adjusted to John Lasseter’s exit?

I’m incredibly proud of the way our animation studios have handled the transition, and that is due to the passionate, dedicated people who call these studios home and the leadership of Pete Docter and Jim Morris at Pixar and Jennifer Lee and Andrew Millstein at Disney Animation. We have a deep bench.

Disney has a formidable 2019 slate, with Avengers, Lion King, Frozen 2 and Episode IX. How do you manage expectations?

It’s always a challenge because — and I say this with love and respect for media — the thing about these big movies is they get a lot of attention, whether positive or negative. So when they don’t work, like Solo, the media says it’s a failure. I think it was a pretty good movie. It didn’t resonate as much as we’d hoped it would, but the press writes it up in a more negative way than I would. These are very high-profile movies. If Aladdin, which I happen to think is a terrific film, doesn’t work somehow, that’s big news and much bigger news than if a movie somewhere else, like The Kid Who Would Be King [at Fox,] doesn’t work. 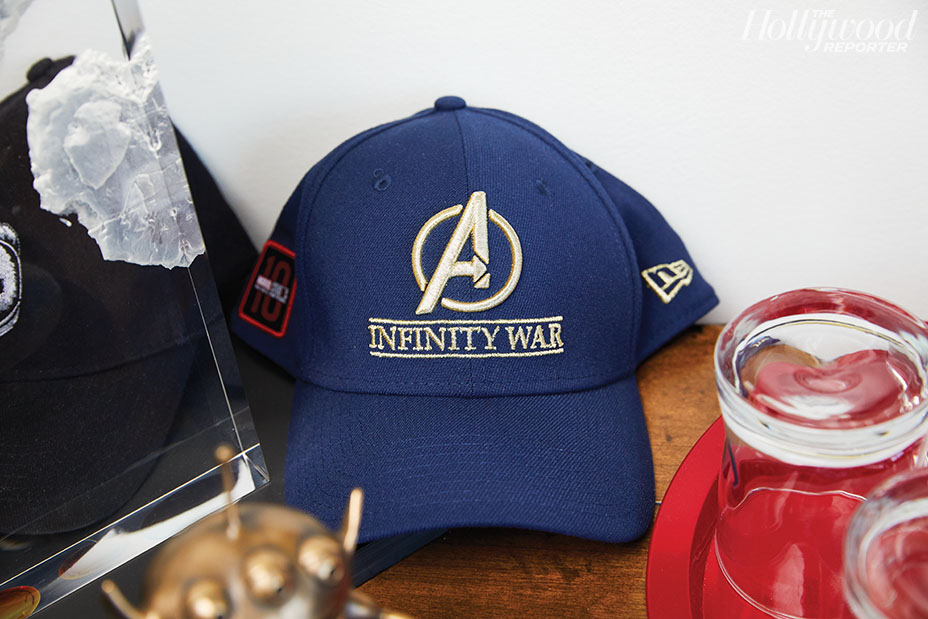 Will Episode IX get Star Wars back on track?

I just got back from the United Kingdom, which is not so united. (Laughs.) I went to the set, and was with J.J. [Abrams], Kathy and the cast. I watched a couple of scenes being shot and then we all had dinner. I have not seen a cut of it yet, but I watch dailies every weekend and send J.J. and Kathy a note every weekend. It’s a big deal, and it’s going to be terrific.

What will the next Star Wars movie be after Episode IX?

It’s all in discussion.

Will there be a sequel to Mary Poppins Returns?

We have nothing in the works.

How many cuts of The Lion King have you seen?

Four. Bring a handkerchief. It’s so emotional. But it’s a remake of an animated film, so there must be some percentage of the audience who will say, “Well, I saw the first picture.” All I can say for sure is you cannot tell these animals aren’t real.

In 2018, Guardians of the Galaxy 3 director James Gunn was fired by Disney because of past tweets. Are studios now starting to police social media accounts before they hire someone?

I would say no. I don’t think we do extensive background checks to see what a person has said. I feel sad for some of the people ensnared in all of this. And sometimes I feel like, “Wow, what they said is so outrageous that it must have occurred to them that it would have repercussions.” It’s a very open world now, and this stuff is a matter of record. The admonition is: Be careful.

What does it mean that so many studio films are in the best picture Oscar race this year?

I think Black Panther was included despite the fact that it was a blockbuster. I’m eager to see the audience respond to the [Oscar] show, which is, among other things, directly proportional to the audience that has actually seen the movies. Why should they turn on the telecast with bated breath when they don’t have an investment in the movies? 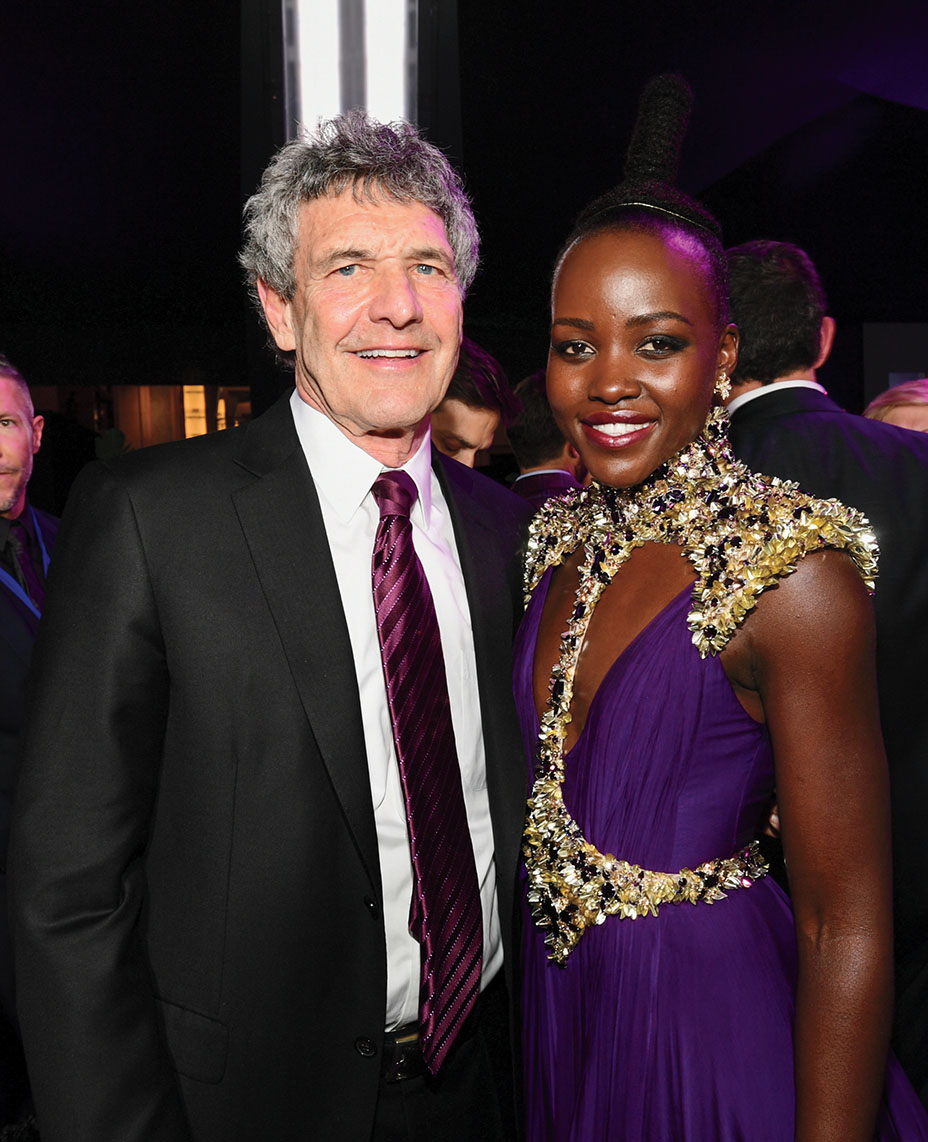 After you left Warner Bros., did you think would ever work for a major studio again?

Of course not. (Laughs.) I was 68. When I left — thank you for your service, we are not renewing your contract, goodbye — I thought, “OK, OK, it’s over.” But Bob Daly, who is the person who had brought me to Warner Bros. to replace Terry Semel, is still a Svengali-like force in our business. As I recollect, it was Bob Daly who suggested to Bob Iger that he meet with me.

Where did the first meeting with Iger take place?

At my house. I don’t want to say Bob was being followed, but people were watching to see who he was meeting with. Of course, I would’ve gone to his house but he said, “No, I’ll come to yours.” 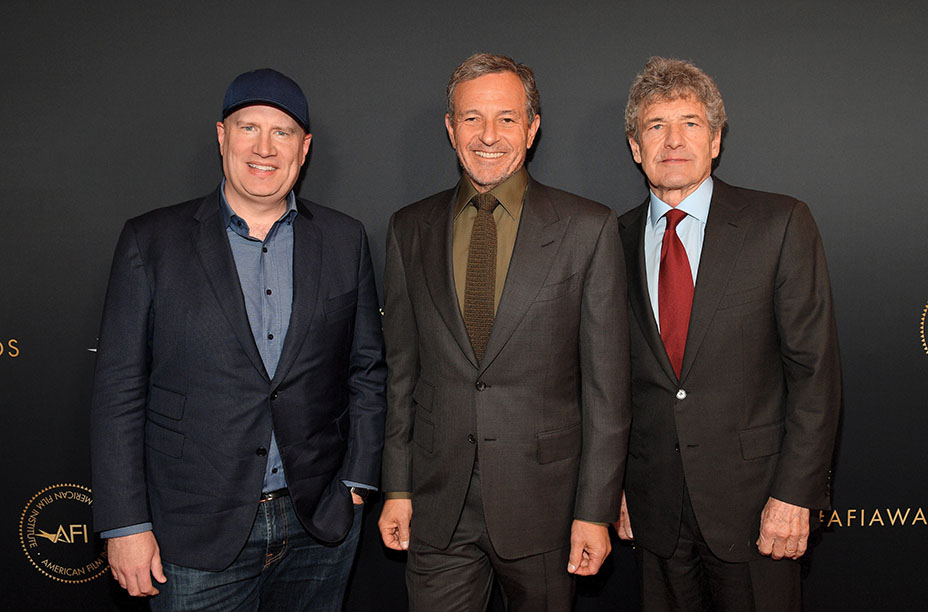 How do you unwind?

I have a screening room at home, and I love to sit and watch movies, four or five a week. It helps to see movies that we’re not involved with. I’ve had the same projectionist for 25 years now, Dorothy Apple. Close friends, family, my brother and my daughters will come over. I also like to exercise. I have a pretty elaborate gym in the house. In fact, I can’t do what I did 25 years ago, so I disguise my voice when I go in the gym because the weights don’t have eyes. They think that I’m still that guy who is ripped all the time. (Laughs.)

At some point I have to. 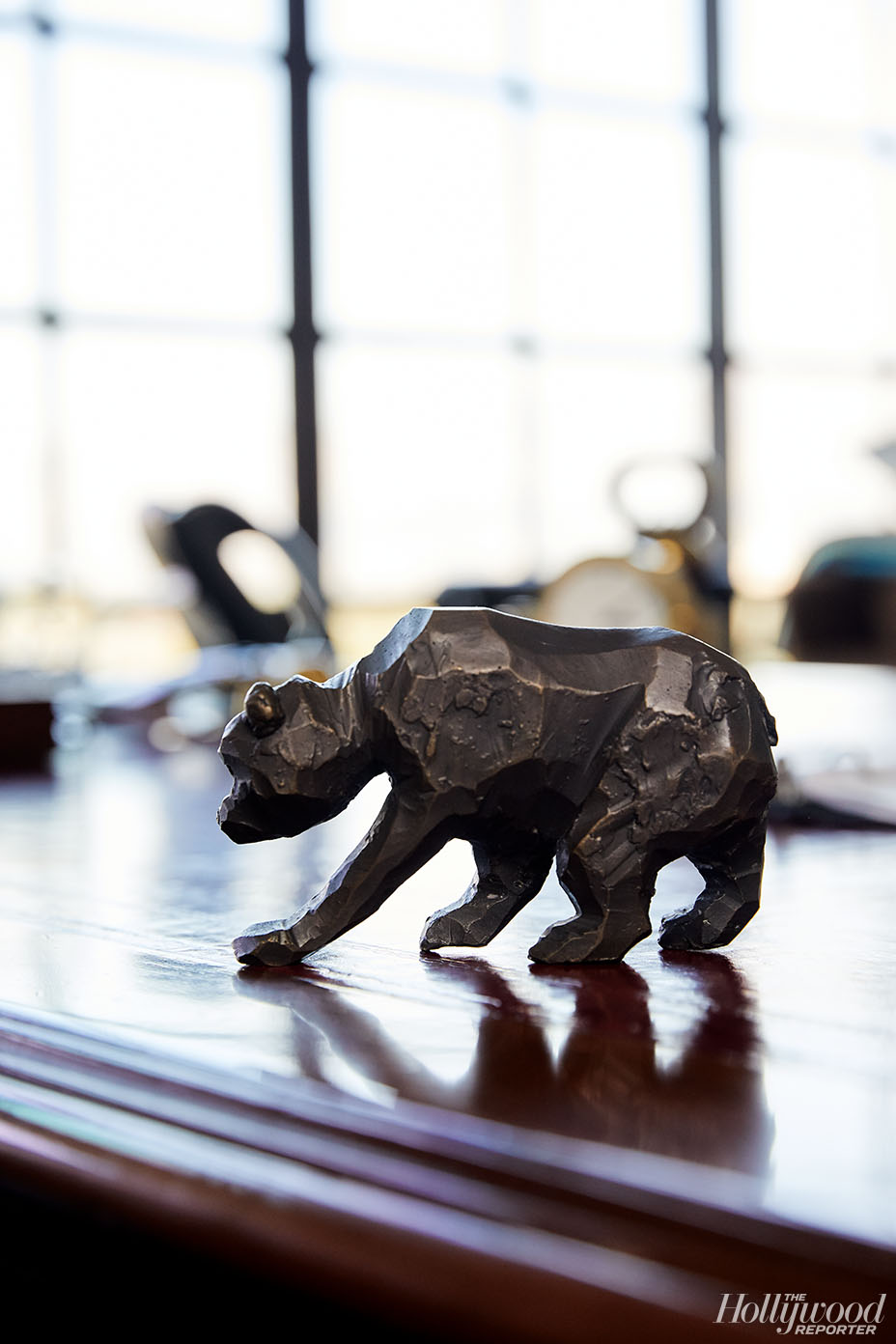 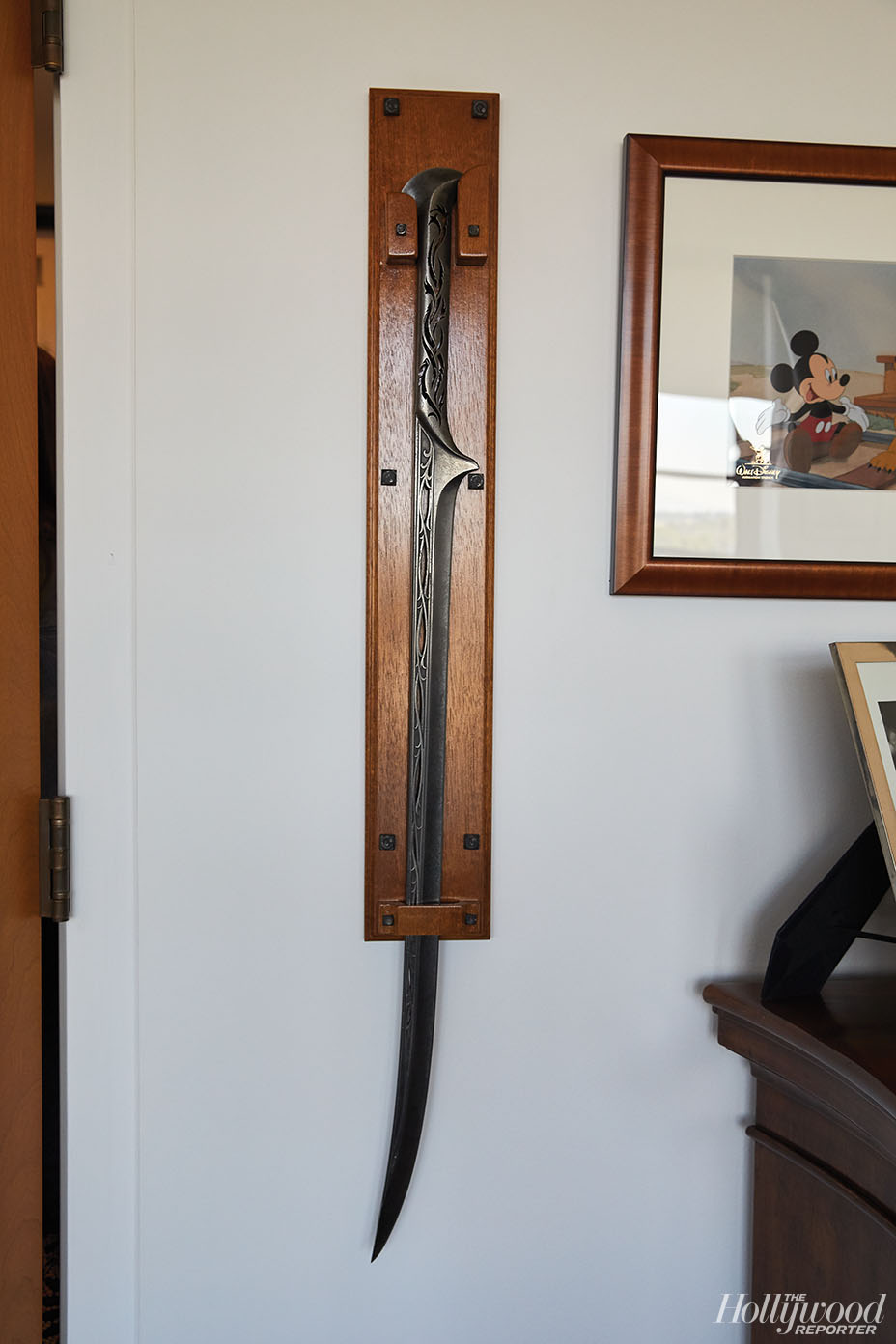