On Dec. 21, nearly a year after the first cases of COVID-19 were diagnosed in America, the U.S. Senate passed a $2.3 trillion coronavirus relief package and government spending bill. It includes billions in relief for movie theaters and live venues battered by the pandemic — which could save some 70 percent of small and midsize theaters that would otherwise be forced to close or file for bankruptcy protection, according to John Fithian, president of the National Association of Theatre Owners. The bill also expands unemployment benefits for workers who, like many in the entertainment business, combine traditional and freelance employment. That’s all good news. But outside the U.S., many countries are already looking well beyond emergency aid for their hard-hit film and TV industries and toward long-term solutions for COVID-19’s expected ongoing impact.

Programs such as the U.K.’s $676 million (500 million pounds) Film and TV Restart Scheme — and similar, smaller funds set up in Canada, Australia, France and Austria — hope to fill the gap left by insurance companies that, after massive losses at the start of the crisis, have pulled out of the pandemic coverage business.

Screen Ireland, anticipating that minority and other traditionally disadvantaged creatives would be hardest hit, boosted its Strategic State Development Fund, which supports projects focusing on diversity and inclusion, to $3.65 million (3 million euros). Ireland also has floated the idea of a universal basic income plan for the arts industry to help cushion the blow of any future crisis.

In South Korea, the focus has been on getting fans back to theaters. When cinemas began reopening in the summer, the Korean Film Council spent millions on coupons that gave consumers, on average, a 60 percent discount on tickets.

These programs, and many more across the world, aim not only to repair the damage done to the global film and TV industry by the virus, but also to mitigate the hardship yet to come. 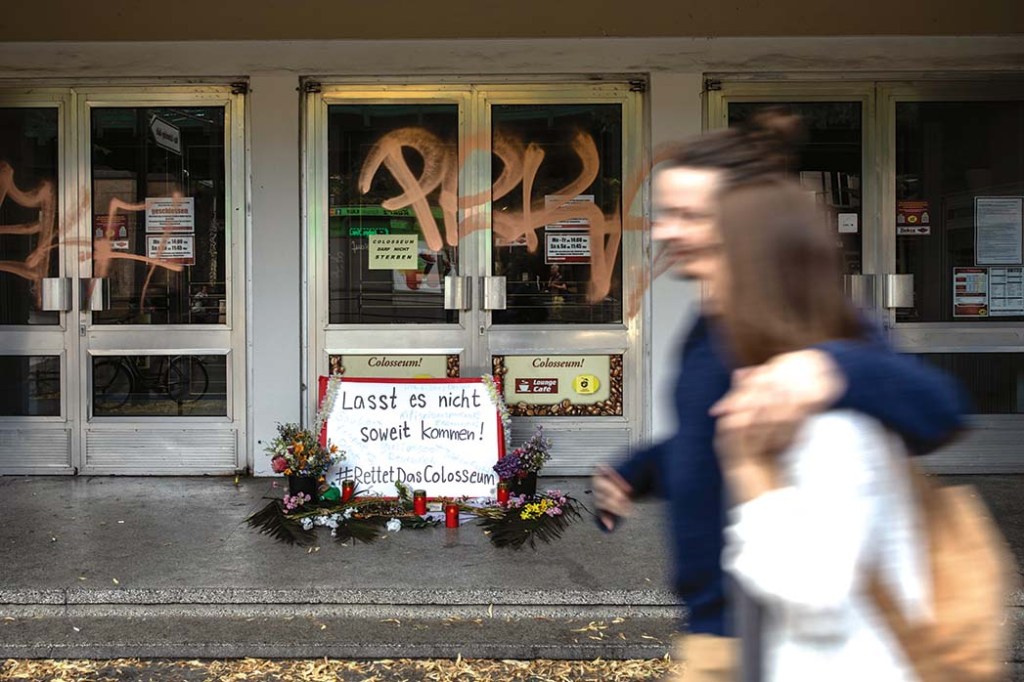 Governments across Europe, as well as in Canada, Australia and some Asian countries, have held back the wave so far by moving fast at the beginning of the coronavirus crisis to stave off mass unemployment and prevent a financial meltdown.

Furlough plans like those rolled out in Germany, the U.K., Canada and Japan supplemented salaries to let companies keep employees on the books even as national lockdowns made it impossible for them to work. A combination of tax breaks, increased subsidies, no-interest loans and programs specifically targeting the needs of the entertainment industry have been credited with keeping the global film and TV business afloat in 2020.

“In March, in the first coronavirus lockdown, we saw virtually all production across the U.K. stop. That’s an excess of half a billion pounds [more than $600 million] that got switched off overnight,” notes John McVay, CEO of British producers trade body Pact. “Thanks to government measures, all of that is back. All the films and series that were put on hold have been completed or are now back in production.”

In Europe, which has a long tradition of government support for the arts, there have been numerous national programs rolled out to address the needs of the film and TV industries. The many funding measures introduced in France included $61 million (50 million euros) of direct funding to theaters to compensate for lost box office revenue and another $200 million (165 million euros) in additional cash for the film subsidy body CNC to help shore up the sector and to keep cinemas, studios and distributors in business until the industry recovers.

In Britain, a $2 billion Culture Recovery Fund included nearly $22 million in direct aid for more than 200 independent cinemas across England to help them weather the crisis.

The German federal government passed a $61 billion (50 billion euros) aid package for freelancers, the self-employed and small businesses in the culture fields, distributing cash to individuals or companies with 10 or fewer employees to cover overhead. A new program, Neustart Kultur (New Start Culture), approved this summer, adds a further $1.2 billion (1 billion euros) in the form of targeted measures including increased subsidy support for cinemas and production companies.

To help traditional industry players adjust to a new all-digital environment, European film bodies have boosted distribution support for online releases. Belgium adjusted its theatrical subsidy plan to cover the costs of online distribution. The Norwegian Film Institute introduced grants to help companies launch titles on transaction-based platforms and to support the marketing and promotion at virtual markets like the ones Cannes and AFM held in 2020. Even France relaxed its notoriously strict rules regarding theatrical windows — which mandate a 36-month gap between a film’s cinema release and its streaming debut — to allow distributors to roll out releases straight to VOD. But the country also is following South Korea in encouraging fans to return to theaters when they reopen, with $1.2 million (1 million euros) allotted for free tickets for schools to get teachers and their students back to the cinema.

The measures aren’t perfect. When Germany entered its second lockdown in November, a support plan introduced to help shuttered cinemas overlooked the impact the forced closures had on other sections of the industry, like distributors suddenly unable to release their movies theatrically.

“It’s frustrating that distributors have been mostly left out of government support for the November/December lockdowns because we are deemed not to have been ‘directly affected’ by the pandemic and the closures of cinemas,” says Martin Moszkowicz, executive chairman of German mini-major Constantin Film, which had to delay the release of titles such as Monster Hunter. “The fact that we can’t release films in cinemas that are shut is simply ignored.”

The European sector, however, has fared much better than much of the Asian film industry. India’s Bollywood has been devastated by COVID-19 — nearly half the country’s theaters remain shut months after an official lockdown was lifted in June — but there has been virtually no support for cinemas, producers or distributors from the government. Filmmakers in South Korea have criticized their government, saying its film coupon plan and $14 million [17 billion won] emergency bailout program will do little to help a sector battered by unprecedented losses.

South Korea in 2019 was the world’s fourth-largest theatrical market, with revenue of $1.65 billion (1.79 trillion won), but box office for 2020 is on track to finish down 74 percent at $468 million [511 billion won], according to the Korean Film Council. The picture is better in China, and to a lesser extent Japan, where lower COVID-19 numbers have allowed theaters to reopen and box office to bounce back somewhat.

Looking toward 2021, it’s government-backed insurance programs that are likely to have the most significant impact on the film business. Major studios and streamers have been able to restart their projects, but small and independent productions remain difficult to greenlight.

“No serious insurance company is offering COVID coverage. So companies that don’t have the capital to take on the risk will continue to have trouble getting films into production,” says Moszkowicz. “You can see that several international productions that sold at Cannes and AFM this year have still not begun shooting or have been canceled.”

Germany, Austria, France, Australia and Canada have each introduced government-backed insurance funds to get productions rolling again. Most measures are modest — compensation from the German fund is capped at $1.8 million (1.5 million euros) per project, Canada’s fund pays out a maximum of $3 million — and mainly targeted at helping out local, lower-budget features and series.

Not so for the U.K.’s Film and TV Restart Scheme, which saw the British government commit a half-billion pounds (about $680 million) as an insurance backstop against COVID-19 losses. Producers pay 1 percent of their production costs into the pot, and if there is a pandemic-related delay or extra cost — whether from a sick actor or nationwide lockdown — they can claim it back from the fund.

“The impact has been phenomenal,” says McVay of the restart plan. “Basically, we are now back to around 80 percent of pre-lockdown capacity. You can’t find studio space in the U.K. It’s full.”

On Dec. 20, the U.K. announced it was extending the insurance program until at least April.

“Going forward, I think this will give us a long-term advantage, because the lack of COVID insurance is a global problem for the film business and I don’t think the commercial insurance sector is going to come back to the market anytime soon,” says McVay. “At the moment, we’re one of the only places in the world where you can set up a big-scale project and, if you get clobbered by COVID, can still manage it so that people will get paid and you won’t go out of business.”