Continue to The Hollywood Reporter SKIP AD
You will be redirected back to your article in seconds
Skip to main content
February 26, 2020 8:15am

In June 2016, Disney CEO Bob Iger and his top parks lieutenant, Bob Chapek, flew to China for what should have been a celebratory moment, the opening of the $5.5 billion Shanghai Disneyland. Instead, they found themselves miles away as the events of the Pulse Nightclub shooting unfolded down the street from another of their properties, the Walt Disney World Resort.

Iger recounts the situation in the opening pages of his fall 2019 memoir, The Ride of a Lifetime, offering hints as to why, nearly four years later, he would surprise people inside and outside Disney by abruptly handing the reins of the company to Chapek on Tuesday. “The bond you form in high-stress moments like this, when you’re sharing information that you can’t discuss with anyone else, is a powerful one,” Iger writes. “In every emergency I’ve encountered as CEO, I’ve been grateful for the competence and cool heads and humanity of the team around me.”

Much as Iger counted on Chapek’s steadiness in a moment of crises, he is now signaling to employees and investors that they can rely on the Disney veteran to lead the company’s transition with a sure hand. Chapek has spent 27 years with the Mouse House, working across a number of divisions — from home video to distribution to parks to consumer products. And while he doesn’t have creative experience, Iger — who was himself seen as the buttoned up non-creative successor to Michael Eisner — plans to focus on the content strategy within the company as executive chairman until his contract expires at the end of 2021.

“Chapek’s relatively broad pedigree could portend a fairly pragmatic choice,” says CFRA Research analyst Tuna Amobi. “He’s got some big shoes to fill in Bob Iger, whose transitional period should nevertheless help to smooth a fairly steep learning that Chapek is bound to encounter in some of the digital and creative businesses.”

With the swift move to appoint Chapek CEO immediately, Iger is removing any doubt about his succession plan. It’s notable given that Iger has tried to retire multiple times only to ultimately extend his contract. (The last time he tapped a successor, naming Tom Staggs as COO in 2015, the relationship ended after only a year.)

Former Wall Street analyst Hal Vogel, CEO of Vogel Capital Management, says that the decision to implement the transition instantly, as opposed to waiting for Iger’s contract to expire, “reduces the seemingly endless uncertainty and internal political maneuvers surrounding a successor to Iger.” 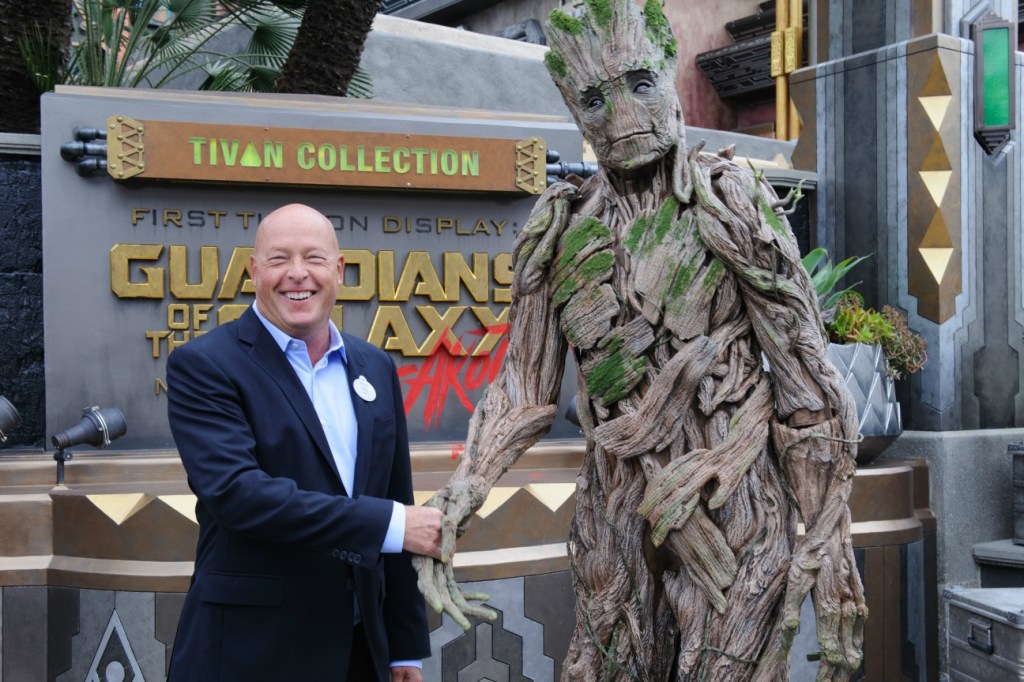 Iger is stepping down after executing the acquisition of the 21st Century Fox assets and repositioning the business for a streaming future with the launch of Disney+. The move also follows a record year at the box office. The stock is up 14 percent compared year-over-year. It’s positioning that Wells Fargo analyst Steven Cahall notes means Chapek “is set up well to succeed.” Continues Cahall, “Disney’s assets are the best in the biz, and we think that statement holds true regardless of who is at the helm.”

Chapek, who is expected to make a previously scheduled appearance at SXSW in Austin on March 13, was a likely candidate to succeed Iger given his history with the company and reputation, per LightShed media analyst Rich Greenfield, as “a very talented executive.”

As chairman of Parks, Experiences and Products — a role he has held since a company reorganization in 2018 — Chapek oversaw Disney’s largest revenue-generating segment, which has seen nearly 18 percent growth from 2016 to 2019, when it brought in $26.2 billion in revenue. As head of Disney Consumer Products, he grew the business by 67 percent to $1.36 billion in annual operating income from 2011 to 2014. Earlier in his career, while running home entertainment for Walt Disney Studios, Chapek was instrumental in the implementation of the vault strategy that created scarcity around some of Disney’s most popular classic titles.

Iger, on a conference call Tuesday with analysts following the announcement, lauded Chapek as an executive who is “highly respected within Disney and throughout our industry for his visionary leadership, integrity, extensive knowledge of our businesses, as well as his willingness to take smart, thoughtful and innovative risks.”

But Chapek’s lack of digital experience has left some analysts and investors scratching their heads about his appointment. Iger has made streaming central to Disney’s future through the Nov. 12 launch of Disney+, which after three months has accumulated more than 26 million subscribers. Another candidate for the CEO position, direct-to-consumer and international chairman Kevin Mayer, was the architect of that launch and many observers had assumed that its successful debut would give him the edge. Instead, per sources, Mayer spent Tuesday morning speaking to the staff of Disney-owned Hulu about the decision to promote Kelly Campbell, Hulu’s CMO, to lead the company as it becomes further integrated into his operating group.

“The entire company is behind streaming and then [Iger] elevates the guy who has no exposure to streaming,” notes Greenfield, adding that the Chapek promotion suggests “Iger has set the vision and now it’s about executing that vision.”

Bernstein analyst Todd Juenger, in a report Wednesday, also noted, “The majority of investors we have spoken with expected Mr. Mayer was the more likely choice, since he is the architect of the Fox deal and now the leader of Disney’s direct-to-consumer efforts, which is where the wrenching change is taking place and on which Disney’s successful transformation hinges. Shouldn’t the person who is leading the most important strategic initiative for the company be named to lead the entire company?”

But Juenger argued that Chapek may not need that kind of first-hand experience: “The job of CEO requires, obviously, a lot broader responsibility and dilution of focus. It could be argued that elevating Mr. Mayer would be a mistake, adding significant risk to the direct-to-consumer business at this crucial juncture, by diluting his focus.” And keeping Mayer, known for his hard-driving style, in charge of the streaming business should give investors peace of mind, he wrote.

Peter Rice, the co-chair of Disney Media Networks who joined the company following its 2018 acquisition of Fox, was also seen as a content-minded executive with the résumé to succeed Iger. But, ultimately, Iger is betting that Chapek will learn on the job much as he has. “My goal is that when I leave here, [Chapek] will be as steeped with all matters creative at the company as I am today,” Iger said during the investor call. Chapek added that he would benefit from Iger’s “wisdom and experience” during the transition period.

So far, investors are responding the news cautiously. The stock was down about 3 percent during after-hours trading immediately following the announcement, but by Wednesday morning was down just 1 percent. Still, many company observers are taking a positive outlook despite still processing the relative shock of the announcement. Says Amobi, “Chapek has been a generally effective and motivational leader with a demonstrably uncanny adaptability to some of Disney’s far-flung businesses where he cut his teeth through the years.”

After all, almost any named successor would struggle to live up to the reputation that Iger has cultivated during his 15 years as CEO. “Mr. Iger is one of the most beloved and respected CEOs, not just in the media space, but across all public companies,” noted Juenger. “This is not a condemnation of Mr. Chapek. It’s the reflection of the almost impossible task of being asked to fill the shoes of such a highly respected chief executive during a time of such profound change and challenges facing the company.” 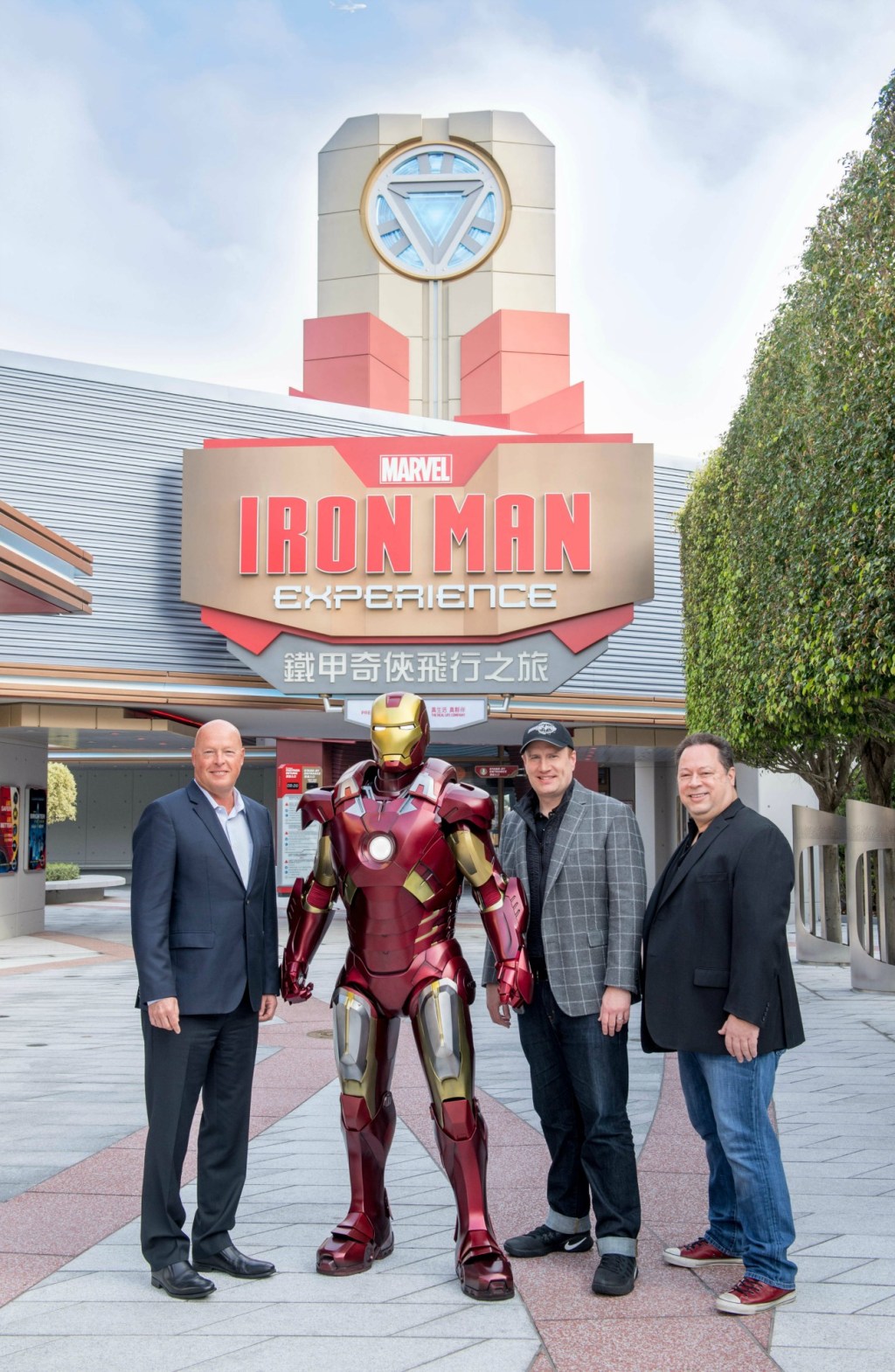 Alex Weprin contributed to this report.