In late August 2017, Amazon Studios’ then-chief Roy Price negotiated a deal with Woody Allen to release the writer-director’s next four films, with minimum guaranteed payments totaling between $68 million and $73 million. The e-commerce giant was on the verge of becoming a full-fledged Hollywood studio, and would launch a film distribution arm three months after cutting the deal with Allen, with his Wonder Wheel as its first foray. With Allen’s films in the pipeline and his TV series Crisis in Six Scenes on the Prime platform, Price pronounced that he could compete with traditional studios (and Netflix) for auteurs.

Just over a month after signing the epic deal, the #MeToo tsunami hit Hollywood, sweeping out Price and shining a renewed spotlight on Allen, whose adopted daughter Dylan Farrow continues to claim that the Annie Hall helmer, now 83, molested her when she was 7. The stars of his A Rainy Day in New York — the first film covered in the 2017 deal — began to publicly distance themselves from Allen, and the film’s challenges seemed insurmountable.

In June 2018, sources say Amazon attempted to cut ties and give Rainy Day — a film about the suddenly tone-deaf relationship between a well-past-middle-age man (Jude Law) and a young woman (played by Elle Fanning, 19 at the time of production) — back to Allen to do with what he pleased. In response, on Feb. 7, Allen sued for breach of contract.

Amazon Studios, now run by Jennifer Salke, finds itself at the center of a case testing how binding a contract is for those crippled by #MeToo claims. In his suit, Allen contends that Amazon has no legitimate basis to cancel his rich deal, and Price’s overt indifference to Farrow’s claims at the time of the deal will be a key factor in this legal drama. 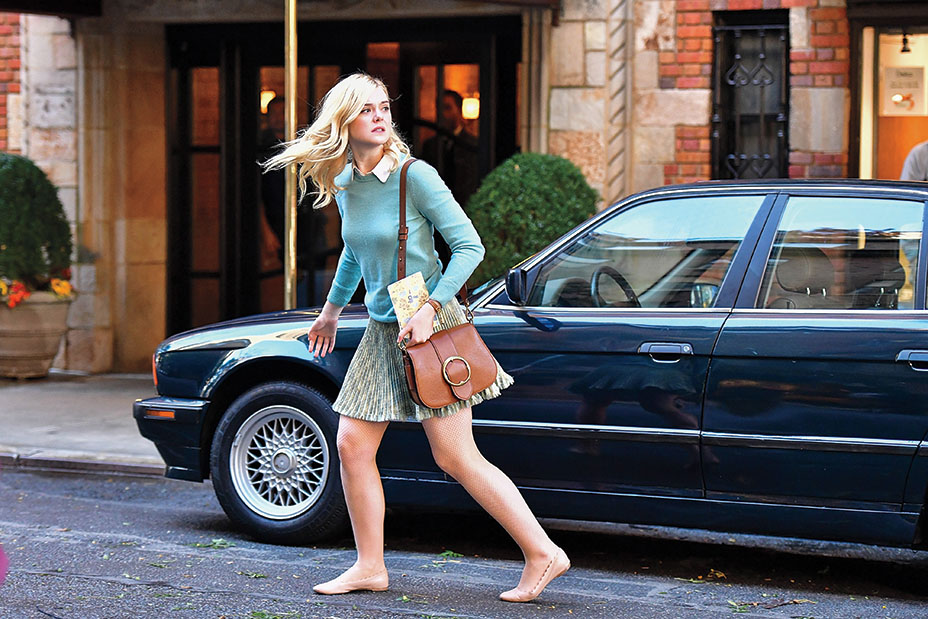 Amazon declined comment, but experts believe it will make the argument that there are factors beyond its control when working with talent branded by the #MeToo movement. And Amazon is not alone in that predicament. Take the case of Millennium Films CEO Avi Lerner, who defiantly stood by his decision to hire Bryan Singer to direct Red Sonja (like Allen, Singer has been dogged by allegations of statutory rape). But on Feb. 11, Lerner shelved Red Sonja, not because he was caving to public pressure but because his business model requires guaranteed U.S. distribution in order to make the more essential deals with foreign distributors, and no domestic label would touch the radioactive project (having no U.S. distributor lined up also made it difficult to bond Singer). Singer didn’t have a so-called pay-or-play deal, sources tell The Hollywood Reporter, making it easier for Millennium to walk.

In his complaint, Allen says Amazon simply can’t walk away from obligations to distribute and pay him for A Rainy Day in New York because of a “25-year-old, baseless allegation.” But last June, the company’s lawyer Robert Klieger hinted at Amazon’s coming legal argument in an email to Allen’s team at Quinn Emanuel. Klieger wrote, “Amazon’s performance of the Agreement became impracticable as a result of supervening events, including renewed allegations against Mr. Allen, his own controversial comments and the increasing refusal of top talent to work with or be associated with him in any way, all of which have frustrated the purpose of the Agreement and support Amazon’s decision to terminate it.”

Rainy Day’s Rebecca Hall, who also worked with Allen in Vicky Cristina Barcelona, joined a growing list of talent saying she regretted working with him. Even if Amazon could take a bath with the Rainy Day release, how could it mount three more films with the director given that only a handful of actors and actresses are supporting him, notably Alec Baldwin and Diane Keaton.

“Frustration of purpose.” That’s a valid defense often argued when both sides of a contract can perform their duties, but as a result of unforeseeable events, one party (here, Allen) can’t give the other (Amazon) the benefit of what induced the bargain in the first place. The unforeseeable event here is the #MeToo movement. “An unseemly underpinning of the defense is that it sounds [like], ‘We didn’t care before, but we care now because our consumers care,'” says entertainment litigator James Sammataro at Stroock. “Allen’s argument also needs to straddle a tightrope, as he effectively needs to argue that public outrage was ‘foreseeable.'”

Allen’s lawyers have made subtle choices in anticipating Amazon’s legal response. With nods in the complaint to the “2018 Allen Film Agreement” and the “2019 Allen Film Agreement,” his legal team is leaving the impression that these deals postdate the rise of the #MeToo agreement even if negotiations occurred much earlier.

Amazon wouldn’t be the first to argue frustration of purpose. In 2015, Univision backed away from a five-year, $13.5 million deal to broadcast the Miss USA pageant after then-owner Donald Trump said he’d be running for president and referred to Mexican immigrants as “rapists.” After Trump filed a $500 million suit, Univision moved for dismissal with word that Trump frustrated the essential purpose of the agreement by crassly denigrating its core audience. Trump’s legal response before the case was settled? As his lawyers put it, “Over the course of his career, Mr. Trump has been known throughout the world as a ‘straight-talker’ — someone who is not afraid to speak his mind.”

Trump’s Miss USA situation has some similarity to Allen’s. In the face of canceled deals, both frame the situation as entirely foreseeable without any contractual safeguards that would legitimize a termination. Amazon’s agreements with Allen spell out a lot — e.g., his films would have a 90-day theatrical release, Allen had broad approval rights over marketing, he’d get a $50,000 bonus for an Oscar nomination — but no morals clause. Unlike many industry deals, Amazon didn’t negotiate for the explicit right to rescind based on something that would bring Allen into public disrepute, contempt, scandal or ridicule.

That doesn’t necessarily doom Amazon, but expect Allen’s lawyers to hit the point hard that the company’s attorneys, knowing his reputation, elected not to negotiate a morals clause (in fact, Amazon was well aware of Farrow’s allegations, which resurfaced well before #MeToo when her brother Ronan Farrow wrote a column for THR that excoriated the director on the eve of his Cafe Society bowing at Cannes in 2016). Amazon, in turn, will point to the #MeToo economic fallout, as evidenced by a film like Kevin Spacey’s Billionaire Boys Club, which was DOA last year.

Amazon’s goal will be to persuade a judge that contractual frustration amounts to an issue for a jury, so that it may get to trial with a sympathetic #MeToo story. Amazon may have acted late, but so did many actors and audiences to allegations trailing Allen over the years. Previewing what Amazon likely would tell a jury, litigator Devin McRae says, “If you are engaged in predatory conduct, maybe you shouldn’t be rewarded.”

Still, one top executive at an Amazon rival sees the case as a potential windfall for Allen if (and that’s a big “if”) he wins. “He can take the money and make a few movies and have money for P&A. He can hire a booking and marketing company for a fee,” says the exec. “Or sell on the open market. Who knows what company might be willing to distribute? Especially since nothing has changed with him in 25 years.”

A version of this story appeared in the Feb. 13 issue of The Hollywood Reporter magazine. To receive the magazine, click here to subscribe.