The 70th Cannes Film Festival is a bit light on star power this year (Marion Cotillard and Nicole Kidman excepted), but what the fest lacks in red carpet wattage is more than made up for at the market, which, after years of slim pickings and second-tier stars, is once again lousy with A-listers.

The above-the-line talent attached to the upcoming projects this year reads like a studio playlist: Zac Efron, Margot Robbie, Johnny Depp, Amy Schumer, Jake Gyllenhaal and Alicia Vikander all have new films on offer. And buyers are aflutter over the prospect, still unconfirmed, of a possible Will Smith project, a terrorism-themed film that, if it pans out, would be the first time in decades that a Smith film would be available to independent buyers.

“There’s a lot on offer, both big mainstream films with stars and smart art house projects,” says Timm Oberwelland, managing director of German distributor Tobis Film. “As long as people don’t expect studio price tags to go along with the studio-sized names, it should be a good market.”

The return of stars to the indie world is, in part, a natural consequence of a shift in the strategy of the major studios. With an increasing focus on franchise pictures where the real star is not the talent but the brand — Star Wars, The Fast and the Furious, Transformers — top-tier names are moving into the indie sphere to get their more ambitious projects made. The shift dovetails nicely with pent-up demand, particularly in the international marketplace, for star-driven projects that can open theatrically — a demand that has surged as distributors have come under increasing competitive pressure from online streaming companies such as Netflix.

Cannes: 5 Breakout Stars Set to Make a Splash at This Year's Fest

But star power alone will not be enough to guarantee sales in Cannes, much less box-office performance down the line. Depp has two new projects at the market this year — the dark comedy King of the Jungle from CAA and IMR International, and IM Global’s comedic drama Richard Says Goodbye — but after the so-so performance of much of Depp’s indie work, including Mortdecai and The Rum Diary, buyers are cautious.

“People are saying if it’s Depp without Pirates of the Caribbean or Tim Burton, keep away,” says one European distributor.

“A star cannot save a movie,” she adds. “If the script isn’t good, then the movie won’t be good,” agrees Ukrainian Film Distribution’s Polina Schlicht, pointing to another star vehicle on offer at Cannes whose promotional footage was underwhelming (she wouldn’t reveal the title).

“Buyers have gotten pickier, that’s definitely the case,” says Radiant Films’ Mimi Steinbauer, who is bringing Roger Donaldson’s period drama The Guinea Pig Club, starring Richard E. Grant and Jeremy Irvine, to Cannes this year. “You can’t just slap together a bunch of names and sell the project, which honestly you could in the past. But there is absolutely a market for good stories with good talent. I’m optimistic going into this Cannes. Plus, the weather this year is fantastic, and that always helps.” 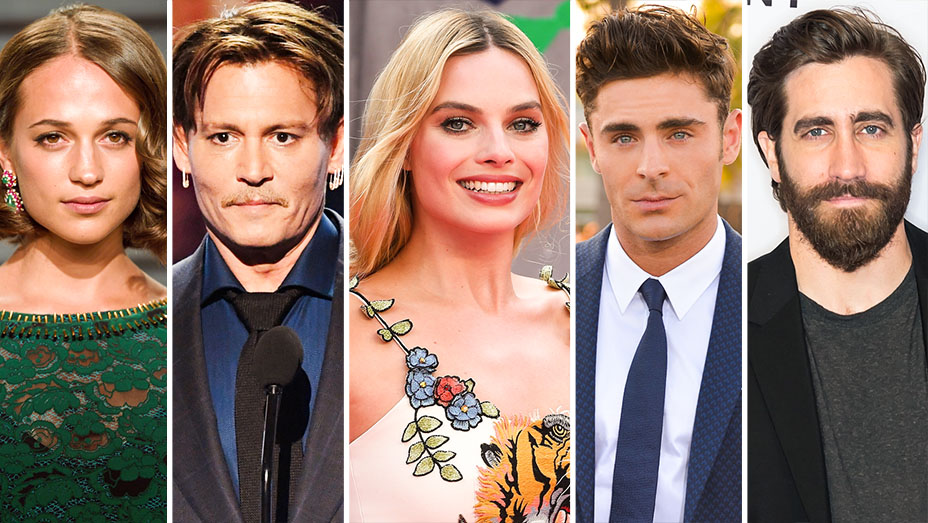 Dreamland
Suicide Squad star Margot Robbie gets her Bonnie and Clyde on, playing a fugitive bank robber in the crime thriller from Sierra/Affinity.

The Sisters Brothers
Jake Gyllenhaal is joining Joaquin Phoenix and John C. Reilly in the noir Western from director Jacques Audiard, which Mad River International and CAA are selling.

Tatiana Siegel contributed to this report.