Continue to The Hollywood Reporter SKIP AD
You will be redirected back to your article in seconds
Skip to main content
December 7, 2020 4:36pm

For many in the movie business — producers, directors, stars and their representatives — Dec. 3, 2020, is a day that will live in infamy.

“Some of our industry’s biggest filmmakers and most important movie stars went to bed the night before thinking they were working for the greatest movie studio and woke up to find out they were working for the worst streaming service,” filmmaker Christopher Nolan, whose relationship with Warners dates back to Insomnia in 2002, said in a statement to The Hollywood Reporter.

Added Nolan: “Warner Bros. had an incredible machine for getting a filmmaker’s work out everywhere, both in theaters and in the home, and they are dismantling it as we speak. They don’t even understand what they’re losing. Their decision makes no economic sense, and even the most casual Wall Street investor can see the difference between disruption and dysfunction.” 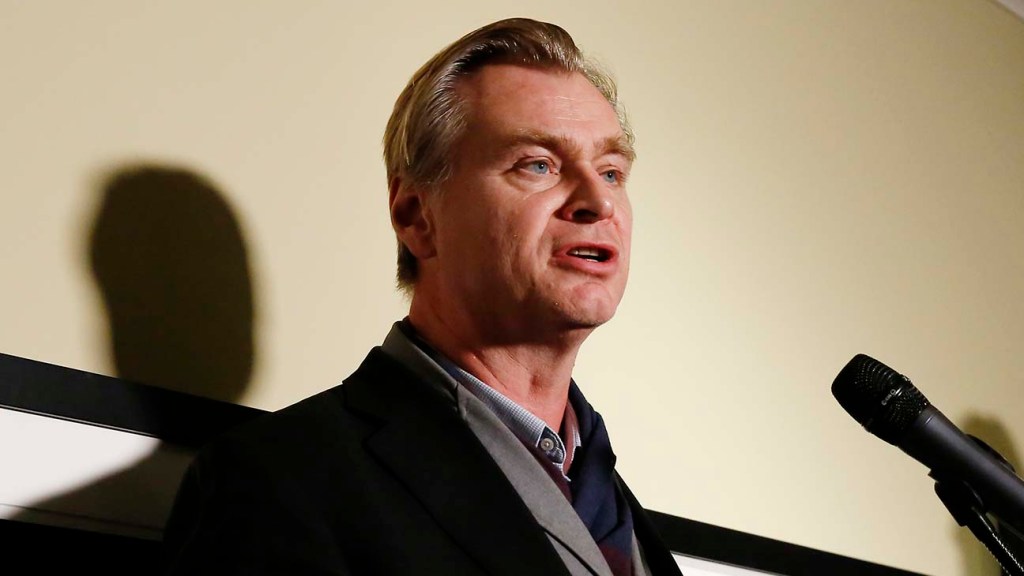 On that now-infamous morning, Ann Sarnoff — whose ungainly title is chair and CEO of WarnerMedia Studios and Networks Group — and Warner Bros. film studio chairman Toby Emmerich called the heads of the major agencies to drop a bombshell: Warners was about to smash the theatrical window, sweeping its entire 17-picture 2021 film slate onto its faltering HBO Max streaming service, debuting them on the same day they would open in whatever theaters could admit customers.

Surprisingly to some in the industry, sources say the idea was the brainchild of Warner Bros. COO Carolyn Blackwood who, looking at a relatively weak 2021 slate, saw an opportunity to avoid the humiliation of potentially bad grosses while currying favor with streamer-obsessed higher-ups.

The instant response in Hollywood was outrage and a massive girding for battle. “Warners has made a grave mistake,” says one top talent agent. “Never have this many people been this upset with one entity.” Like others, he had spent much of the day dealing with calls from stunned and angry clients. And that swooshing sound you hear? It’s the lawyers, stropping their blades as they prepare for battle: that Warners was self-dealing in shifting these movies to its own streamer, perhaps, or that the company acted in bad faith. Some talent reps say the decision affects not only profit participants but others who have worked on films as the move might affect residual payments. They expect and hope that the guilds will get involved. (The Writers Guild of America declined to comment.)

The Warners move poses big, maybe even existential questions: How do theaters survive this supposedly onetime, excused-by-the-pandemic move? Genies are hard to put back in the bottle — and no one believes Warners intended this to be temporary, anyway. What damage will be done to exhibitors by training customers that if they sit on their sofas, the biggest movies will come? And will Warners face serious backlash from important producers, filmmakers, guilds and onscreen talent? “Warners was the quintessentially talent-friendly, filmmaker-friendly studio,” says one agent. “Now Warners isn’t the first place, second place or third place you want to go.”

Many in Hollywood think WarnerMedia opted for this drastic move to play to streaming-infatuated Wall Street and redo the botched launch of HBO Max, which has netted a dismal 8.6 million “activated” subscribers so far. But one prominent agent notes that the top executives at WarnerMedia and its parent — AT&T CEO John Stankey, WarnerMedia CEO Jason Kilar and, of course, Sarnoff — “don’t understand the movie business, and they don’t understand talent relations.”

While Kilar pays what is seen as lip service to movies, industry veterans say Warners is sacrificing the huge profit that comes from selling movies in multiple formats and on multiple platforms around the world.

Even before Warners made its play, there was grumbling among agents that Sarnoff, who has been on the job for more than a year, had yet to get acquainted with key players on the film side or make much of an impression at all. That’s why many are focusing their wrath on Emmerich. “Toby’s passion is only about managing up,” says one agent who represents major Warners talent.

By the weekend following the announcement, Emmerich was calling important filmmakers with projects set for 2022 to assure them that their movies wouldn’t be dropped on the streaming service without warning. “As if anyone would believe he had any control over the situation,” says one producer with a major Warner property. “Toby probably had a really bad weekend, not that I feel bad for him,” says one agent.

According to a source, Emmerich tried to soothe In the Heights director Jon M. Chu by pointing out that the movie was still getting a “global theatrical release.” But industry insiders say the studio is pretending that pirates won’t pounce as soon as these films are streaming on HBO Max. As soon as one does, there’s an “excellent version of the movie everywhere immediately,” notes one industry veteran.

WarnerMedia’s decision to attack without warning may be understandable given the blowback that was foreseeable. But to many insiders, blindsiding talent and their reps seemed like an insult. Sources say studio president Courtenay Valenti was the only Warner exec who dared to speak up about the need to reach out to key creative partners, but she was quickly hushed.

Much of this outrage will surely be mitigated if WarnerMedia is prepared to write big checks to all the profit participants in the films that have been moved. “It’s a critical time for them, at the highest level, to make this right with the talent,” says one rep. But agents say the guidance that’s been provided so far suggests that the company isn’t planning to offer what is now called “Wonder Woman money,” in honor of the rich deal the studio gave profit participants in Wonder Woman 1984 when that film was moved to HBO Max. 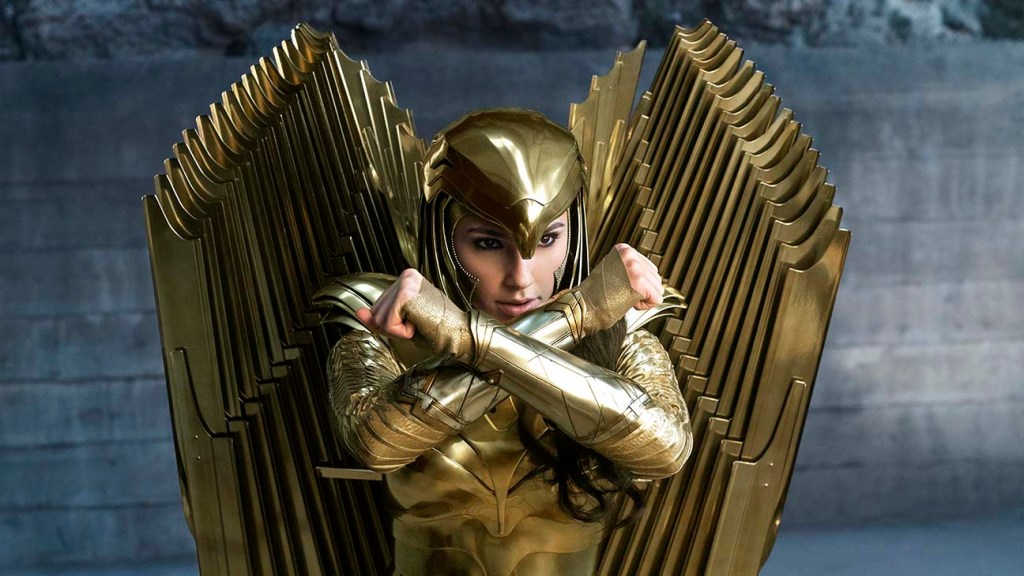 WarnerMedia had to shovel tens of millions at Gal Godot and the other key players because the company wants a third in the series. But that sets the bar high. Sources say even Suicide Squad director James Gunn, who is platform-agnostic, was not pleased when the studio followed its shocking announcement by floating a lackluster formula for compensating him and other profit participants in the film.

At minimum, WarnerMedia has opened the door to arduous negotiations with the major agencies over compensation for multiple profit participants in 17 movies. Did the Warners numbers crunchers, in projecting the cost of premiering its entire 2021 slate on HBO Max, factor in the cost of widely anticipated legal challenges? Industry insiders believe WarnerMedia may have opened itself up to those, especially as it is selling the movies to its own streaming platform when none of the profit participants has had a chance to figure out what Apple or Netflix might have paid for the opportunity to stream their projects day-and-date. Allegations of self-dealing are almost sure to follow.

Many think Legendary will be the first to file a legal challenge. The company fired off a previous lawyer letter after Netflix offered something north of $225 million for the rights to Godzilla vs. Kong, which has seen its release date moved from March 2020 to November to May 2021. Though Legendary financed 75 percent of the movie, Warners had the power to block the sale and did. Legendary asked whether the studio would then give it a deal to stream the movie on HBO Max — and got no clear answer until its executives woke up one December morning to find that the movie was going day-and-date on the service without the benefit of a negotiation. Legendary’s even more expensive picture, Dune, is getting the same treatment. The other companies that finance Warners movies, Village Roadshow and Bron, are also said to be aggrieved parties that might end up going to court.

And then there’s the talent. Dune director Denis Villeneuve is said to be among those who felt most strongly that a traditional big-screen release was essential for his film. Chu, who along with Lin-Manuel Miranda went through an intense courtship with multiple suitors for In the Heights and who had turned down a huge Netflix offer for Crazy Rich Asians because he cherishes the communal theatrical experience, told an associate he was “shell-shocked” after being informed of the Warners decision.

Sources say WarnerMedia insiders have been hoping that Disney will follow its lead and shift its slate to streaming. But Disney, which had seven billion-dollar-grossing movies last year, isn’t about to do that. Instead, it is moving some films to streaming, as it did with Hamilton and Artemis Fowl — likely Cruella and more — but an agent notes that the way Disney has handled the shift stands in stark contrast to what Warners has done. “They didn’t do a unilateral thing,” he says, adding that studio executives made pre-emptive calls to talent and their reps that helped smooth the process.

It’s also worth noting that Disney+, which has dwarfed HBO Max in terms of subscribers, has gotten a lot of mileage out of one original hit, The Mandalorian, which is based on an iconic movie property. “There’s never been a full-fledged franchise blockbuster launched on a streaming service,” observes an executive at a Warners competitor. “It starts with theaters and it starts with opening weekend.” And so far, those blockbusters have been the ones that generated merchandise sales and theme-park attractions.

Warners doesn’t have theme parks but it has reaped big benefits from movies that almost certainly would have been dropped onto HBO Max had the option been available at the time. Consider last year’s megahit Joker. Film studio chief Emmerich was not a fan of the project; it was defended by worldwide marketing president Blair Rich, who was recently pushed out. Emmerich lowballed on the budget to discourage director Todd Phillips from making it, and when the filmmaker persisted, sold off half the movie. Joker then became a cultural phenomenon that grossed more than a billion dollars worldwide, was honored with 11 Academy Award nominations and an Oscar for Joaquin Phoenix. Would any of that have happened had Joker been dropped onto HBO Max?

Despite their assertions to the contrary, many industry insiders believe that neither AT&T chairman Stankey nor Kilar has much interest in the legacy movie business. Kilar has said this move was made for the fans and told CNBC, “If we start our days and end our days focused on the customer, we’re going to lead the industry.”

That brings to mind a line in the new Netflix movie, Mank — a warning delivered to the upstart Orson Welles by grizzled veteran Herman Mankiewicz: “You, my friend, are an outsider, a self-anointed savior-hyphenate. They’re just waiting to loathe you.”

It also leaves out a long-standing Hollywood maxim: Content is king. And content comes from artists who aren’t always motivated purely by money. Says an agent who represents extremely important talent with business at Warners: “You had a decades-long legacy as being known as the most talent-friendly studio. Now you’ve gone from that to a studio that in starburst colors lit up a sign that says, ‘We don’t give a fuck about talent.’”