Ending speculation about his future leading the news network, CNN president Jeff Zucker signed on to the daily editorial call Feb. 4 and made his intentions clear. “The truth is, back in November and December I had basically decided that it was time to move on,” Zucker said, sources say, adding that he’d since “had a change of heart.”

He told his employees he would remain at the helm of CNN through the end of 2021, at which point he expects to depart. Zucker’s decision gives CNN some stability, but it comes at what may be a tipping point for the global news brand. CNN has had blockbuster ratings the past few months, culminating in January, which was the most-watched month in the channel’s 40-year history, topping both Fox News and MSNBC in total viewers.

But WarnerMedia, under CEO Jason Kilar, is embarking on an embrace of streaming video and direct-to-consumer strategy, led by its HBO Max service, and some on Wall Street now speculate that a potential sale or spinoff of CNN could be an option.

Regardless of whether CNN stays part of WarnerMedia, its future depends on forging a direct-to-consumer offering, with pay TV bundles and the lucrative carriage fees they provide in a slow-motion freefall. “[CNN must] develop a direct-to-consumer model. That is jobs one, two and three for them, even if they remain part of WarnerMedia,” says former CNN U.S. president Jon Klein, who recently launched a social media live-streaming service called HANG. “Their odds of doing that are really good, because CNN has such a strong brand, and that counts for a ton in a fragmented media environment.”

Parent company AT&T is telling investors that it intends to pay down its rising $150 billion-plus debt load, which is set to grow even further after the company unveiled a $14.7 billion note to buy 5G wireless spectrum in early February. Klein notes that CNN right now is “off-strategy” for WarnerMedia, which is leaning into streaming entertainment.

The telecom giant was approached about selling or spinning off CNN last year, though it isn’t clear how seriously AT&T took the inquiry, sources say. Many on Wall Street see CNN as a potential spinoff opportunity or acquisition target, and a chance for AT&T to deleverage and reduce debt with a sale.

Bernstein analyst Peter Supino estimates that in a sale CNN would be valued at $5.6 billion or more, which, combined with the $15 billion the company is seeking for DirecTV, could have a meaningful impact on its debt load. Hal Vogel, CEO of Vogel Capital Management, believes that “CNN has always been considered as a possible sale candidate, with or without Zucker.” And he, like some others, argues that potential new debt pressures could lead the company to a decision. “The motive for AT&T is always to reduce debt and preserve the dividend,” Vogel adds.

But if AT&T does part ways with CNN, would it make sense to sell it to another media conglomerate or big tech firm, or to spin it off as its own independent entity? “CNN is more likely to be sold than to be spun,” Bernstein’s Supino says. “We think a sale would be a valuable deleveraging event for AT&T, albeit just one step on a long journey, and controlling CNN would be of strategic or political interest to a number of potential buyers who would pay a higher multiple than the public markets are likely to.”

At least one potential buyer has thrown his hat in the ring. “We will make a bid if CNN becomes available,” Byron Allen, whose Entertainment Studios owns The Weather Channel and a number of local TV stations across the country, tells THR.

Others aren’t sure whether a divestiture is the right strategy for WarnerMedia, arguing that CNN is more valuable as part of its existing TV bundle. MoffettNathanson analyst Craig Moffett wrote in a Jan. 27 note: “There are surely potential buyers for CNN, but … TNT and TBS would be stranded without CNN as part of their negotiations with distributors.” Klein disagrees. “I actually think that being part of a larger conglomerate might be holding [CNN] back,” he says, noting that cord-cutting and the decline of the pay TV bundle means that the time may be right for a spinoff.

That brings things back to Zucker. Whatever move WarnerMedia and AT&T make, Zucker is likely to be involved, assuming he follows his promise to staff and stays for the remainder of this year. Kilar suggested as much in a statement praising Zucker’s decision to stick around. “I believe that 2021 is going to go down as a milestone year in CNN’s 40 year history given all that is planned,” Kilar said.

Zucker’s fingerprints will likely be on the direct-to-consumer plans in the pipeline. And if CNN is sold or spun off, it isn’t out of the question that Zucker could stay in the picture, perhaps with an ownership stake himself. Zucker noted to his staff during the Feb. 4 call: “I cannot imagine not being here right now.” 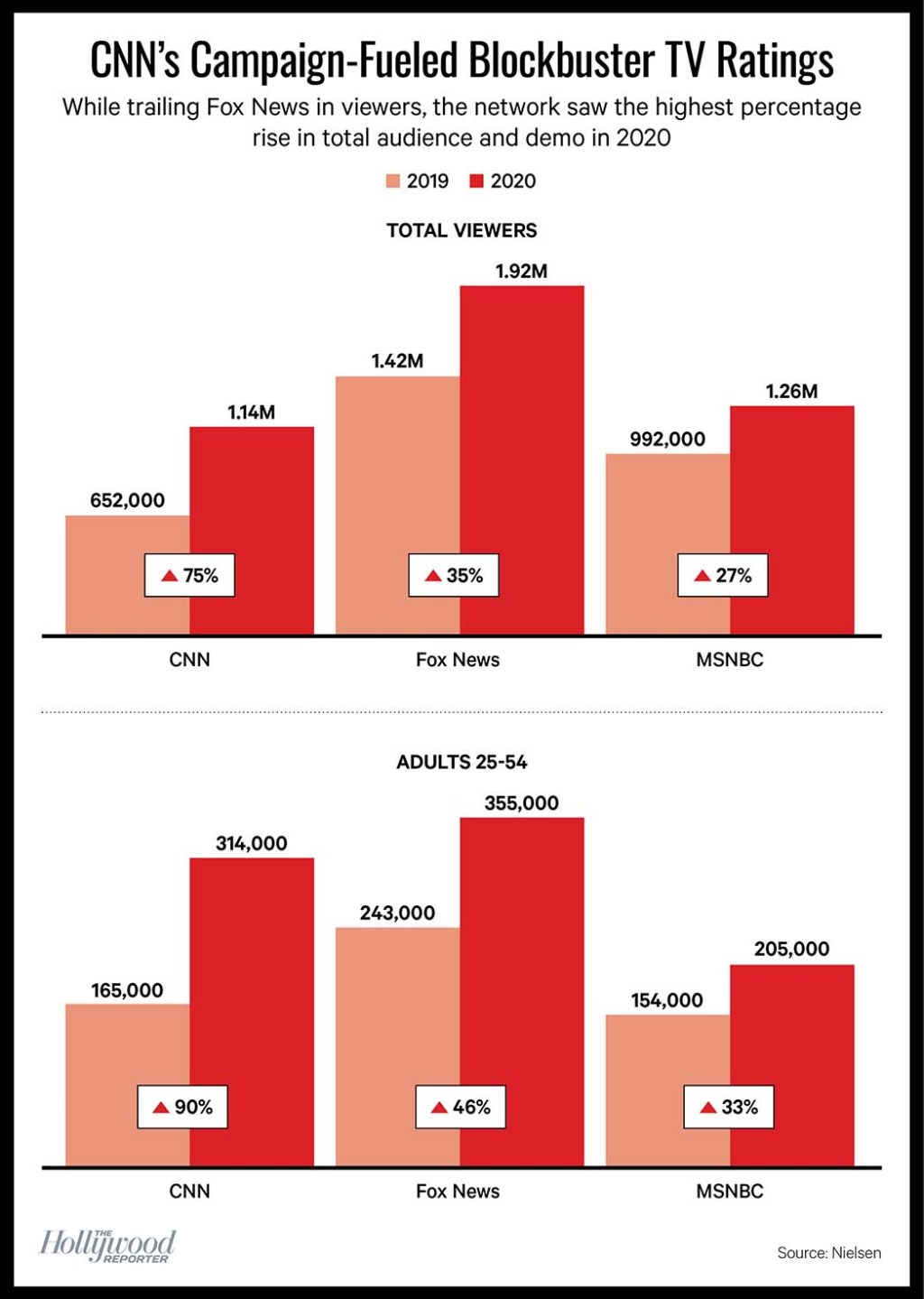 Georg Szalai and Seth Abramovitch contributed to this report.

Does Amazon’s Next CEO Care About Hollywood?