The 2019 Academy Awards are honoring Hollywood’s and the world’s most inventive and inspired filmmakers, who are pushing the boundaries of art, technology and representation.

From the family drama of Alfonso Cuaròn’s Roma to the animated adventures of Spider-Man: Into the Spider-Verse, these groundbreaking films are as diverse as their creators.

Cinematographer Rachel Morrison helped craft a film that stands above other superhero outings.

From 'Roma' to 'Vice': How Oscar-Nominated Directors Got Personal With Their Films

The film’s iconic casino brawl owes more to James Bond than Captain America. A set was built during production to accommodate a cable-mounted camera that would follow individual actors during the melee.

Unlike the action in Marvel’s “cuttier” movies, the scene was planned as a continuous take. However, due to the number of characters, it ended up as six or seven cuts, and several long takes.

Black Panther is up for seven Oscars, but not for best director or cinematography.

Roma Victor
With 10 nominations, Alfonso Cuaròn’s Roma is tied with Yorgo Lanthimos’ The Favourite as this year’s most-recognized film.

Should it win, Roma will become the first non-English-language film to achieve this milestone.

Cuaròn is also nominated for his stunning black-and-white cinematography. Despite the film’s historical setting, Cuaròn shot Roma with an ARRI Alexa 65 digital large-format camera to create modern monochrome images that have amazing definition and dynamic range.

However, AMC, Cinemark and Regal are refusing to screen Roma during their annual best picture showcases because Netflix ignored the traditional 90-day window between theatrical and home release.

Spike Lee Does the Right Thing in BlacKkKlansman
Based on Ron Stallworth’s 2014 memoir, Spike Lee’s BlacKkKlansman tells the story of Colorado Springs’ first black police officer, who teams with a Jewish colleague to infiltrate the Ku Klux Klan.

Set in the 1970s, Lee doesn’t see the film as a period piece. Instead, he uses the prism of history to explore racism in today’s America. 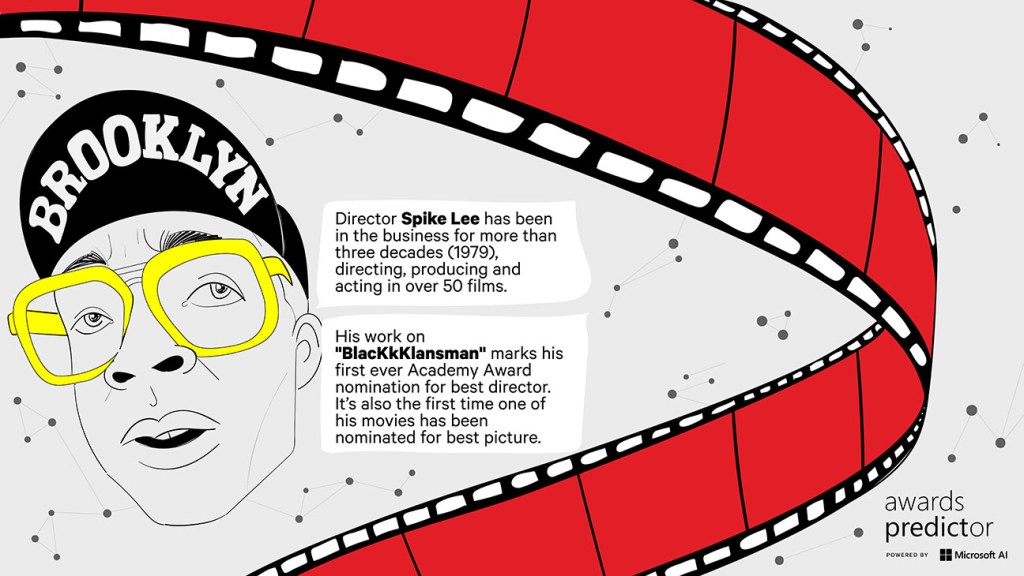 Dubbed the “Spike Lee dolly,” the director’s signature shot puts actors and the camera on wheeled platforms to create the illusion that characters onscreen are gliding past their surroundings.

BlacKkKlansman is up for six Academy Awards. Shockingly, these include the veteran filmmaker’s first nominations for best director and best picture.

A Star Is Born Again
Bradley Cooper’s best picture–nominated A Star Is Born is the third remake of the 1937 film, but is more inspired by the widely panned 1976 version, which moved the story from Hollywood to Nashville.

The multi-talented Cooper not only directed and stars in A Star Is Born, but also co-wrote the screenplay and a handful of its songs.

Cooper updated the classic tale of star-crossed love, ambition and addiction for today’s audiences, but his most visionary achievement was peeling away co-star Lady Gaga’s glamour to reveal her vulnerability.

The first-time helmer handed the “Born This Way” singer a wipe before a screen test because he wanted her to be entirely makeup-free.

A Star Is Born is up for seven Academy Awards, including lead acting noms for Gaga and Cooper, but not for best director.

Miles to Go
Black Panther isn’t the only superhero movie with a protagonist of color making Oscar history. Best animated feature nominee Spider-Man: Into the Spider-Verse focuses on the adventures of Miles Morales, an Afro-Latino teenager who becomes Spider-Man in a parallel universe. 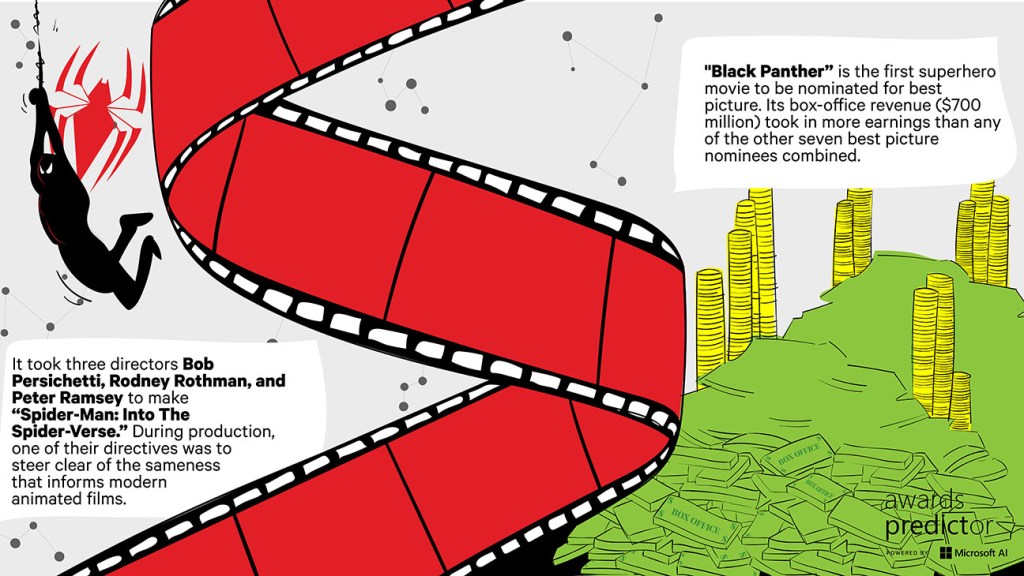 To achieve the film’s distinctive look and to create the feeling of flipping through a comic, co-directors Bob Persichetti, Rodney Rothman and Peter Ramsey combined traditional 2D animation techniques with cutting-edge CGI.

Among other things, the team simulated the slower 12 frames-per-second motion of hand-drawn cartoons. They also duplicated comic books’ print aesthetic with a reduced color palette and half-toning, which uses patterns and dots of various sizes to simulate gradients and shadows.

Into the Spider-Verse is largely expected to triumph over Incredibles 2, the highest-grossing animated film of all time.

Vote on THR’s Awards Predictor powered by Microsoft AI. The poll is generated with Bing Predicts technology to forecast which innovators will take home an Oscar on entertainment’s biggest night on Feb. 24.