In the most recent season of Netflix’s Black Mirror, series creator Charlie Brooker imagines a disturbing scenario: In an episode titled “Rachel, Jack and Ashley Too,” a pop singer, Ashley Ortiz (played by Miley Cyrus), demands out of her contract. Her manager reacts to Ashley’s moody ways by lacing her food with medication that induces a coma. Then, Ashley’s team introduces to the world an improved version of the singer — a holographic replacement that will perform both her old hits as well as new music on tour. In the episode, the plot is foiled, of course, but in the real world as technology continues to advance, the premise behind this not-so-outlandish story is worthy of public policy consideration.

On June 19, New York wrapped up a historic legislative session. With Democrats now fully in power in the state, lawmakers passed some 300 bills, including a huge extension of rent control rules and the elimination of cash bail. But one thing ended up on the sidelines without a vote — a massive overhaul of New York’s laws governing publicity and privacy rights. The proposed legislation would have, among other things, barred the unauthorized “use of a digital replica to create sexually explicit material in an expressive audiovisual work,” extended the protection of one’s likeness past death, and even created a registry whereby the heirs of famous people could document their official control over their dead relative’s name and image.

The legislative discussion is happening at a time when concerns over so-called “deepfakes” — hyper-realistic manipulation of digital imagery that can alter images so effectively it’s largely impossible to tell real from fake — are rising in both Washington, D.C., and Hollywood. In the political world, the potential to use the technology to disseminate false information or, at least, muddy the waters about objective reality are akin to the debate over the impact of fake news (while not technically a deepfake, a recent heavily edited video of Speaker of the House Nancy Pelosi appearing to slur her words was seen as an ominous precursor to what kind of damage digitally altered video can do). In entertainment, the debate so far has largely revolved around issues of privacy and free speech.

SAG-AFTRA, the actors guild, had hoped that union-friendly lawmakers would pass the New York law to crack down on non-consensual exploitation of its members. Given increasing attention toward pornographic deepfakes, there was every expectation that would happen. Ultimately, after a wide coalition of opposers that included the MPAA, broadcasters, publishing outfits and tech-friendly advocacy groups warned about implications for free speech, the bill was tabled. It’s likely to be re-proposed later this year during New York’s next legislative session. When that happens, expect a reprise of many of the arguments from lobbyists. SAG-AFTRA says it’s now critical that performers have the ability to control how their likenesses are used to construct digital performances. The MPAA, while somewhat sympathetic to the scourge of deepfakes, maintains that a broadly worded statute could interfere with the ability of filmmakers to tell stories about and inspired by real people and events.

Many states throughout the nation have now adapted right of publicity statutes, and the tension that arises from attempts to control exploitation without tripping on First Amendment protections isn’t exactly new. Still, the proposal in New York to reform publicity and privacy rights, along with developing technology, points to coming controversies on the horizon — the type imagined by dark sci-fi fantasies like Black Mirror. 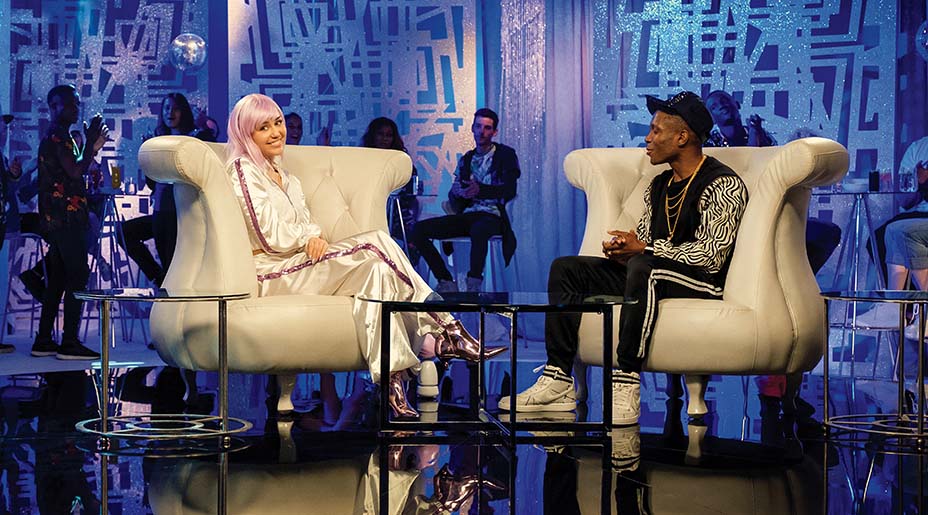 For instance, the New York bill would have established that a person’s name, picture, voice and signature are “property rights,” going beyond what many states consider privacy concerns. What’s more, a person’s right of publicity would be also by law “freely transferable” by contract. Jeffrey Bennett, deputy general counsel at SAG-AFTRA, gives a modest interpretation of what this means. “When you think of publicity rights as a property right, you would be able to license its use,” he says, as when Carrie Fisher licensed her likeness for new Star Wars films. “With regards to transferability, all we are talking about is licenses.”

But others have sounded the alarm about the dangerous implications of transferability.

Jennifer Rothman, a Loyola Law School professor, warns that making such rights alienable could end up backfiring. “For example, if a celebrity declared bankruptcy, then her creditors could take ownership of her publicity rights,” she says. “Similarly, ex-spouses could take an ownership interest in a person’s identity when assets of the marriage are split.” So Brad could have owned half of Angelina and vice versa.

Rothman outlines why even voluntary transfers should be barred or limited. “Allowing the free transferability proposed in this bill will place at risk aspiring actors, musicians and models, who are all particularly vulnerable to signing away their rights of publicity for a chance of getting representation, or a record deal, or doing a photo shoot,” she adds. “Unions can step in to help, but not every deal or transaction is governed by union deals. … In addition, these transfers apply to everyone, including ordinary citizens who might discover that online terms of service could transfer ownership of our names and likenesses to Facebook without any ability to reclaim these rights.”

Defenders of the proposed law like Bennett point out that California currently allows free transferability, and many of the nightmare scenarios haven’t been realized. While true, it may still be early, and there actually have been cases teasing what could be coming from clever lawyers upon any new legislation.

For example, decades after singer-actor Bing Crosby died in 1977, the heirs of his first wife, Wilma, saw how California had amended its laws and demanded a piece of his publicity rights as community property from the marriage. In 2014, a California appeals court basically told them that a challenge had come too late, leaving the issue unsettled.

Attempts to foreclose on someone’s publicity rights to settle debts already have opened up uncomfortable discussions. Take O.J. Simpson, for example. Many people remember how, after a jury in his wrongful death civil case ordered the former NFL star to pay $33.5 million in damages, Ron Goldman’s family took over ownership of the copyright to Simpson’s memoir, If I Did It. What goes forgotten is how Goldman’s family also demanded Simpson’s right of publicity as a transferable asset. Had that effort been successful, Simpson wouldn’t have controlled his own name and picture. In denying the request, the judge in the case focused on the intersection between publicity and privacy and warned about “turn[ing] a man into a commodity and mak[ing] him serve the economic needs and interest of others … against his will.” How will future courts examine this issue once publicity and privacy rights are clearly delineated?

As for voluntary licenses of one’s right of publicity, putting aside the Black Mirror scenario where an unscrupulous manager leverages whatever is obtained, there’s another issue lurking.

“Let’s say [a filmmaker] wanted to do a biographic movie about Heath Ledger, and rather than have an actor play Heath Ledger, they used a digital version,” says Bennett. “We think that would be perfectly fine. Now contrast that example with a [re-created] Heath Ledger becoming the next Captain Jack Sparrow in a Pirates of the Caribbean movie. That wouldn’t be OK. That would threaten actors’ livelihood.”

But, as Bennett acknowledges, if Heath Ledger’s heirs were bequeathed his right of publicity in a will and then licensed it to Disney so a deepfake version of Ledger could play Jack Sparrow, that would be totally fine by law.

In fact, right now, there are only a few A-list actors in Hollywood, and the biggest reason they are not in every film is limitations on their time. But if the technology developments enable them to simply license their name, image and voice and not really spend any time actually on set, wouldn’t that potentially take away jobs? All the roles just might go to Dwayne Johnson and Jennifer Lawrence.

“Sure, that could be an issue,” Bennett responds. “We just want to make sure our performer is the one who gets to say ‘yes’ or ‘no.’ Without a right of publicity, they don’t even have the right to stop it from happening.” 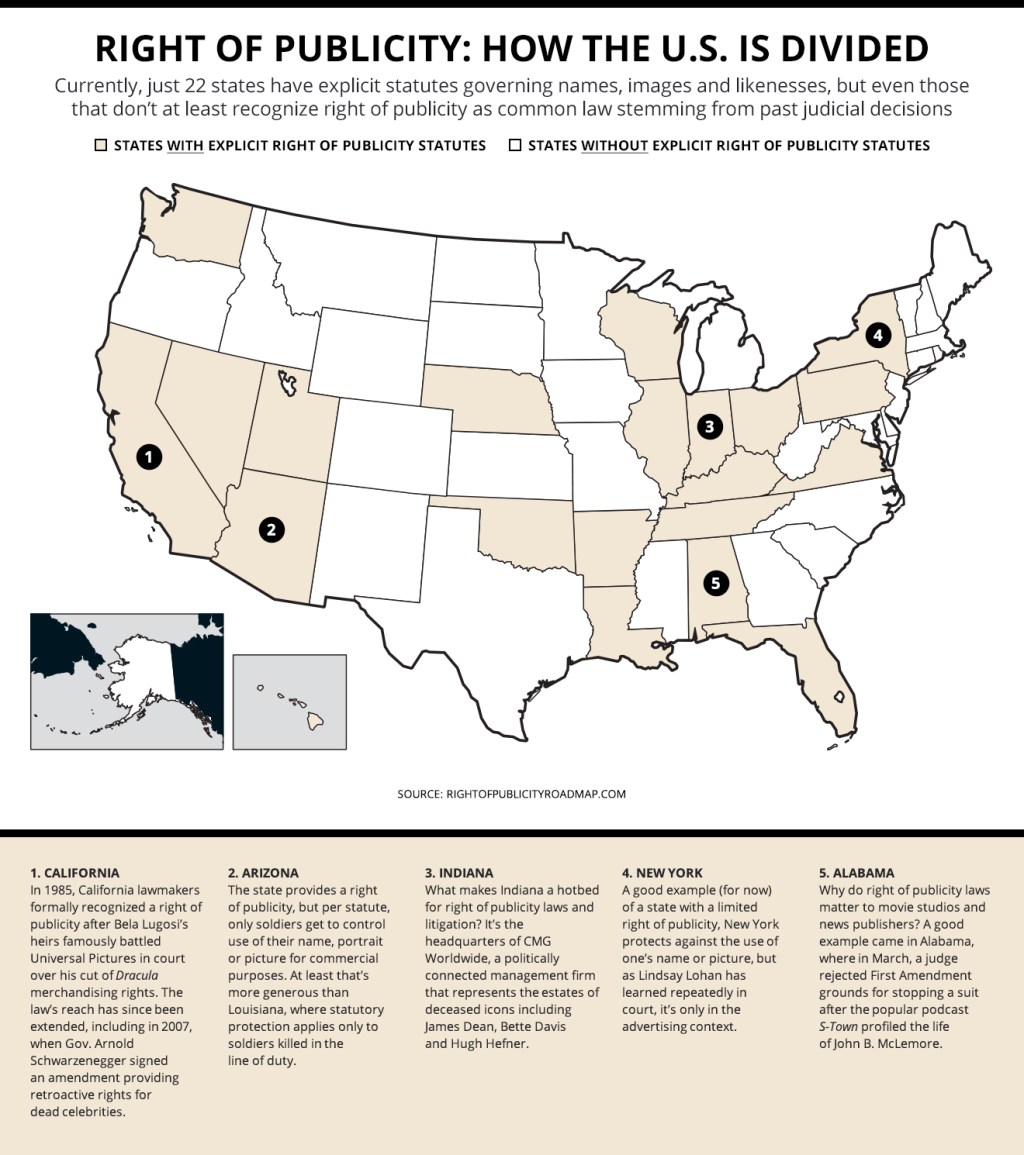 Deepfakes’ Threat to Democracy a Focus at SAG-AFTRA Panel

Twitter to Pay $150M In Settlement With FTC, DOJ for Allegedly Misusing Data