Diverse Representation, the organization that advocates for greater visibility of Black representatives and attorneys in entertainment, has unveiled the names of participants taking part in its inaugural Black Entertainment Executives Pipeline Program.

Nickelodeon production/development coordinator Carlina Williams, HLN — Headline News producer Keith Lovely Jr., filmmaker Mark Solomon, CBS Television coordinator Ashley Sheppard Quince, MRC Entertainment/Dick Clark Productions director of business development and marketing Shanell Boyd, and The Desus & Mero Show coordinating producer Ayana Barber have been selected to join the four-month program, where participants will learn from mentors, speakers and experience at a production company to hone their executive skills. Diverse Representation says it vetted thousands of applications from across the country before landing on the first class for its annual program, which is sponsored by civil rights nonprofit Color of Change. (MRC is a co-owner of The Hollywood Reporter through a joint venture with Penske Media titled P-MRC.)

Lindsay Lohan on Her Netflix Movie Comeback: "Acting Is Like Riding a Bicycle"

“In the midst of Hollywood’s heightened push for greater diversity, there still is still a lack of emphasis on ensuring more Black faces permeate the C-suite. This program seeks to bridge that gap and ensure that there is more diversity, inclusion and equity across the executive level,” Diverse Representation founder Jaia Thomas said in a statement.

The pipeline program, which starts this week, pairs each participant with a production company to see one project in development through for the duration of the program. Participating production companies include INE Entertainment (The Biggest Loser, Master Chef), Mandeville Films (Monk, Beauty and the Beast), Made With Love Media (Assisted Living), Scrap Paper Pictures (Yearly Departed), Tracy Yvonne Productions (First Wives Club) and others.

During the program, participants will additionally be paired with a mentor: Mentors with the program include Netflix director of original series drama Tiffany Hawthorne, Hello Sunshine COO Liz Jenkins, Scrap Paper Pictures head of development Paige Simpson and BET+ marketing vp Janina Lundy, as well as individuals from Charles D. King’s company MACRO. The program’s four-part lecture series will be taught by Altar Rock Pictures’ head of film and television, Josh Feldman, and program speakers including ViacomCBS, Jordan Peele’s Monkeypaw Productions and Lionsgate/Starz (the latter a sponsor of the program) will also guide participants.

As part of the program, Diverse Representation is launching a new site housing a directory of Black talent in development, production, marketing, business and entertainment law that will be accessible to studios, networks and production companies. 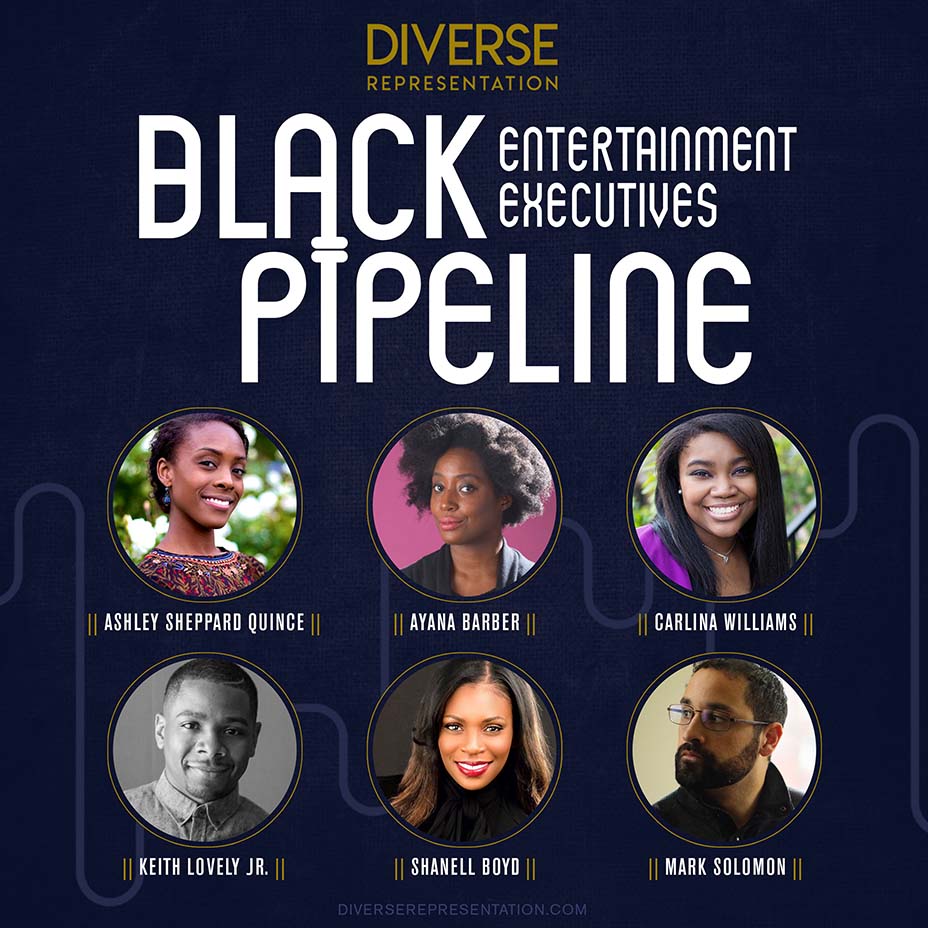