As the executive in charge of reality television’s most polarizing personalities (the Kardashians, the Housewives and now Rose McGowan), it’s Frances Berwick’s job to manage a near-daily wave of controversies. “Stuff is always happening. And yes, it’s fantastic,” she says with trademark British understate­ment. “There is literally no predicting which talent is going to self-immolate on social media for the day.” But it’s not all bad, of course: Those social media meltdowns keep her core networks, Bravo and E!, in the zeitgeist. “These are real people and these things are actually really happening,” she says. “That’s what fuels the engagement with the audience.”

Berwick, married with a 15-year-old son, oversees a staff of approximately 600 from her 30 Rock headquarters in Manhattan, where she reports to cable entertainment chairman Bonnie Hammer. Berwick’s group also includes Oxygen, which has seen double-digit growth since rebranding as a female-targeted crime destination in 2017, and Universal Kids, which was Sprout before its relaunch last year. In 2017, Bravo became the No. 1 cable network in prime­time among women in the key 18-49 and 25-54 demographics and remains a top-10 cable entertainment network. Meanwhile, the Kardashians are still spawning spinoffs, and ahead of the March 4 Oscar telecast, E! is grappling with new rules on the red carpet.

How is E! changing red carpet coverage in the wake of the Time’s Up movement?

E! moved quickly to understand where the general movement was going. But it’s a balance. Is there a place for fashion on the red carpet? Absolutely. Should the conversation be about the creative endeavor of why these people are at this awards show? Yes. But the audience still wants to hear something about the fashion or at least to be able to see the fashion. Can those exist together? Absolutely.

It is not an easy gig. It’s a moment when people have to choose their words carefully. It’s a time when it’s harder to be humorous because it can be open to misinterpretation. And that’s the one thing as entertainers we have to be consciously focused on. 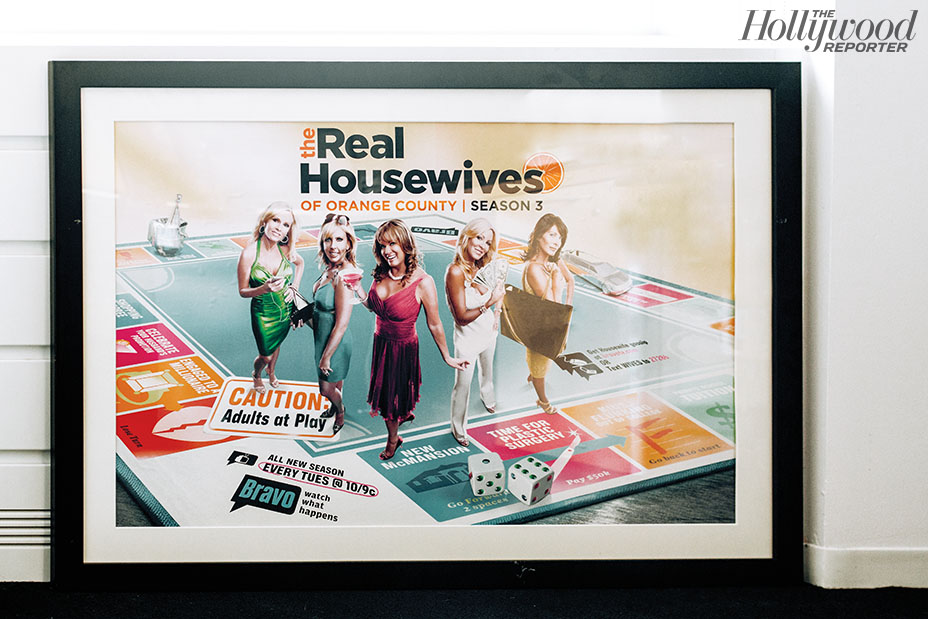 You did a two-hour documentary with Rose McGowan on E! What will the four-episode series you’re in production on look like?

At E!, we are focused on being part of the cultural conversation. She is definitely outspoken, she is highly opinionated, very interesting. And it felt like this would be interesting for E!, where we’re really trying to target younger women, and she is somebody who speaks directly to them.

McGowan’s former manager, Jill Messick, who McGowan criticized for enabling Harvey Weinstein’s behavior, took her own life Feb. 7. Will that be addressed in the show?

We didn’t cover that in the documentary at all. Obviously that’s a horrible situation. I mean, Rose herself came forward and said, “We’re both victims here.” The series will follow her as she advocates for abused women. That’s a completely different topic.

How much longer can the Kardashian franchise go?

(Laughs.) I mean, that Kylie [Jenner] YouTube video [about her pregnancy] has what, tens of millions of views? [At press time, more than 56 million.] I think that speaks to the powerful relatability and fascination with them. So yeah, I think they could go for some time.

Yes, Kylie, 20, the youngest of the Kardashian-Jenner clan, disappeared from the show for several months. Was there a discussion about following her pregnancy?

That was her choice. With any of these shows where we’re following real people fly-on-the-wall, ultimately it’s what they are prepared for you to have on camera. The most successful shows are the ones where people really do show an awful lot. But they have to want to. You can’t force people.

Are the Kardashians complicit in the objectification of women, which the #MeToo movement has pointed to for maintaining a culture of harassment?

I think that’s a really big leap. They are fairly unapologetic about “This is who we are.” Yes, they care about their image and appearance. But ultimately, it’s a show about the power of family.

If you had a teenage daughter, would you let her watch the Kardashians?

I would be totally comfortable with her watching the Kardashian shows. 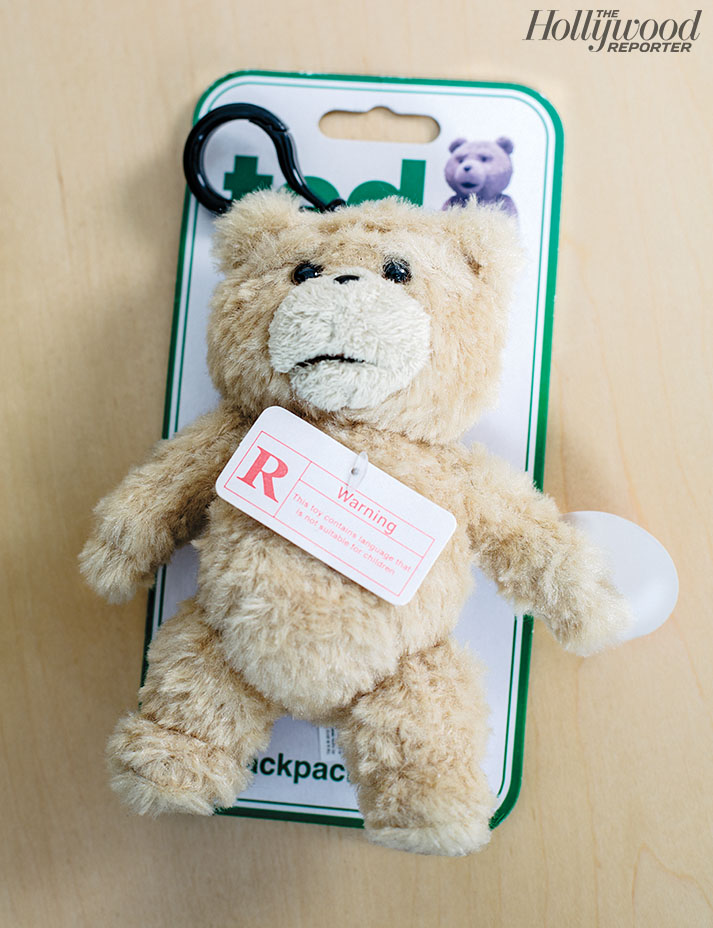 Catt Sadler received a lot of praise from women’s equality advocates after she quit as an E! News correspondent because she was making less than her male counterpart, Jason Kennedy. You said the pay disparity had nothing to do with gender, but rather that they had “different roles and therefore different salaries.”

I work across networks that are predominantly focused on female viewers. The workforce is majority female. I feel very strongly about equality across the board, including in pay. So it felt like we shouldn’t need to go into details. Things are always more complicated, and it feels like you can be guilty of over-explaining. But in that situation, we had to get the facts out there because there was this complete misinformation being thrown around.

Following her Donald Trump severed-head photo controversy, you were one of the people Kathy Griffin called out in a YouTube video after her exile. Do you think she could mount a comeback?

I think she is a talented comedienne whose career will be revitalized at some point. But she has not reached out to us. I don’t think we’re interested in working with her. I do believe she has the talent to come back, but it’s going to take a bit of time.

Netflix has rebooted Queer Eye. Why not do it at Bravo?

With the original version, we felt we had captured lightning in a bottle with the cast and at that moment in time. We didn’t feel that could be re-created. We are proud of the enduring impact that the original show had on the world.

Linear advertising is where you earn the majority of your revenue. But consumers are rejecting the commercial pod. Does that concern you?

For Bravo, we have the dubious distinction of being the number one network for delayed viewing. Sooner or later it won’t matter if you watch within three days or if you watch within 30 days. Right now it’s about how you drive urgency. We try to do that with social media. There are enough OMG crazy shit moments to really get the audience to watch quickly.

With respect to Universal Kids, what does your internal research say about the digital native audience? Are they ever going to watch linear television? And if not, then what?

At the preschool age there is a tremendous amount of co-viewing going on anyway, so there is a parent with the kid watching. And that collective experience still works best on a TV screen. But increasingly it’s a platform-agnostic brand. And we expect to see more migration of those viewers to other platforms, and I think that’s just about adapting.

What’s your philosophy about expanding into scripted TV?

Bravo and E! are big, broad networks. Our viewers are watching scripted and unscripted. They don’t think about the difference between the two. Doing a show like Imposters on Bravo, it’s got what we call the Bravo wink; it’s funny and a little bit dark, it fits with what else is on the network.

Is there a scripted show you wish you had on Bravo?

It seems like a reach, but Big Little Lies. Not for nothing, HBO did a large chunk of their media buy on Bravo. So they obviously saw the similarities there. Would we have gotten those actors? I don’t know, but you can dream.

What is the one thing that keeps you up at night?

Oh, the shift in viewership. There’s just a lot of content. And there’s nothing more frustrating than when you create something that you know is phenomenal and not enough people see it. Bonnie is all about leveraging the power of all her networks. And so we do a lot of horse trading and bartering. So we’re getting craftier and scrappier about getting the word out.

When you immigrated to the U.S. from England 22 years ago to take a job at Bravo, it was a commercial-free arts network owned by Cablevision. Did you ever think about going back?

Every once in a while. But I really like it here. Two visas, a green card, and then I became a citizen around 2011. And I’ve been voting since. 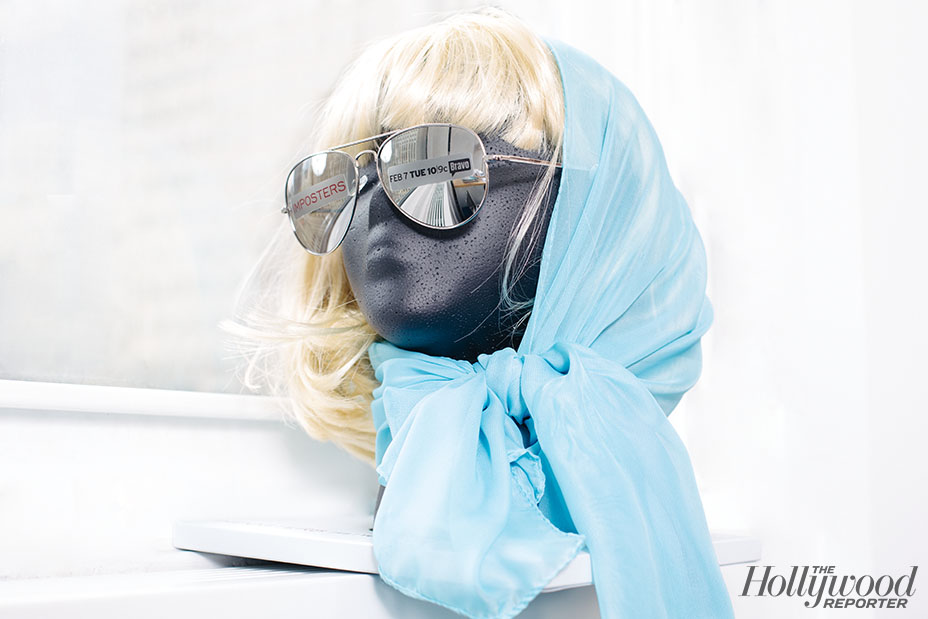 A version of this story first appeared in the Feb. 21 issue of The Hollywood Reporter magazine. To receive the magazine, click here to subscribe.