According to FilmLA’s latest report, filming in the city shows more signs of rebounding after a major downturn amid the pandemic.

After the COVID-19 surge in January and the voluntary industry production pause that resulted, film permit applications surged 45 percent from February (with 777 applications) to March (with 1,125 applications).

“The current pace of business resumption is encouraging,” said FilmLA president Paul Audley. “Continuing industry adherence to Appendix J protocols, which has made film sets among the safest possible workplaces during the pandemic, remains important even as local vaccine uptake increases.”

Since the resumption of on-location filming last June, FilmLA has received a total of 6,585 film permit applications spanning 4,421 projects.

Last quarter, FilmLA recorded a total of 7,011 shoot days from January through March, down only about 3 percent from the same period the prior year. The largest year-over-year gains occurred with television series, which doubled.

Among the television subcategories, reality TV series experienced the greatest rate of growth at 96 percent compared to the first quarter of 2020. TV dramas also increased significantly, growing 64 percent. A total of 25 percent of TV drama shoot days came from projects qualified for California’s film incentives program, along with 5 percent of shoot days for TV comedies. 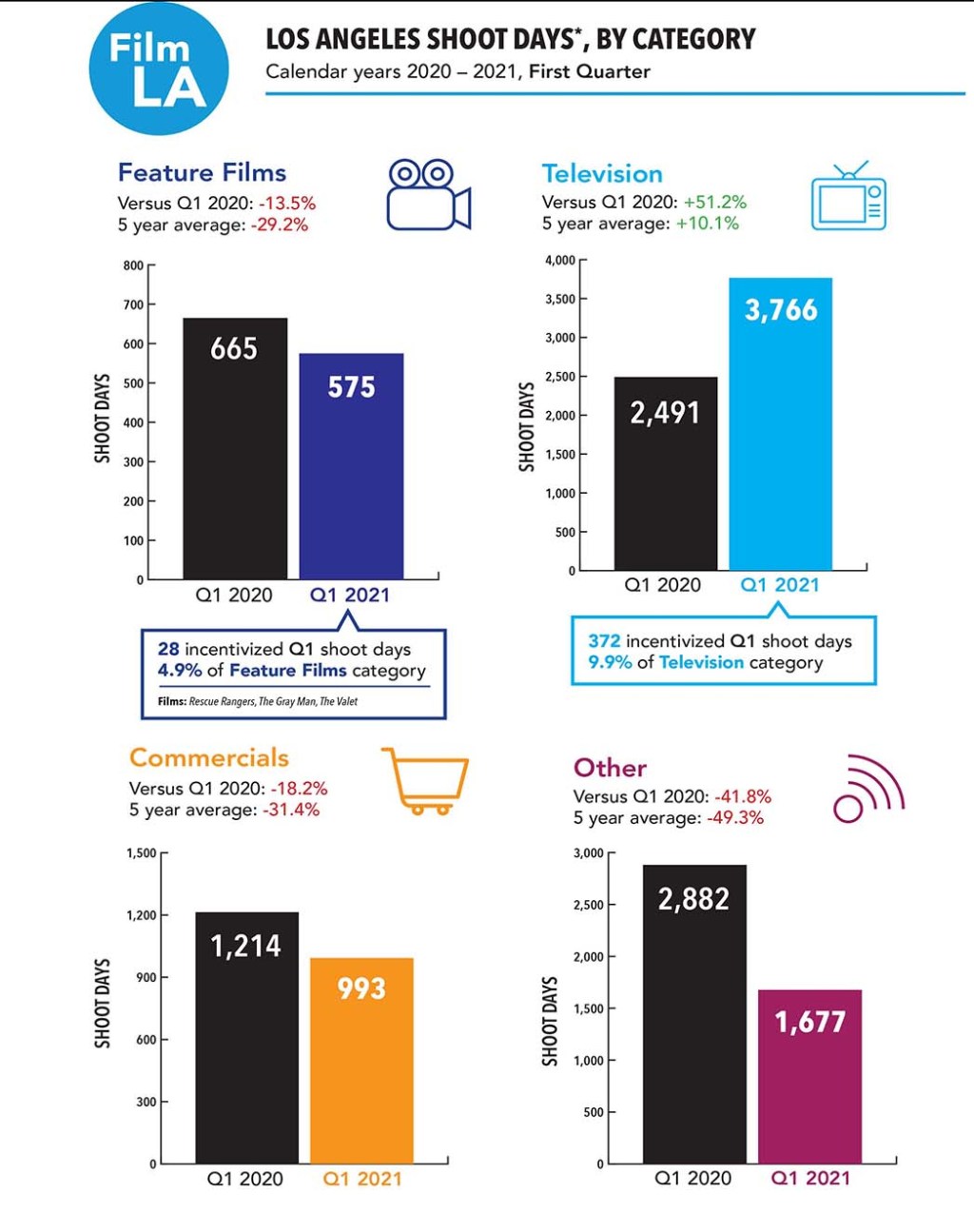 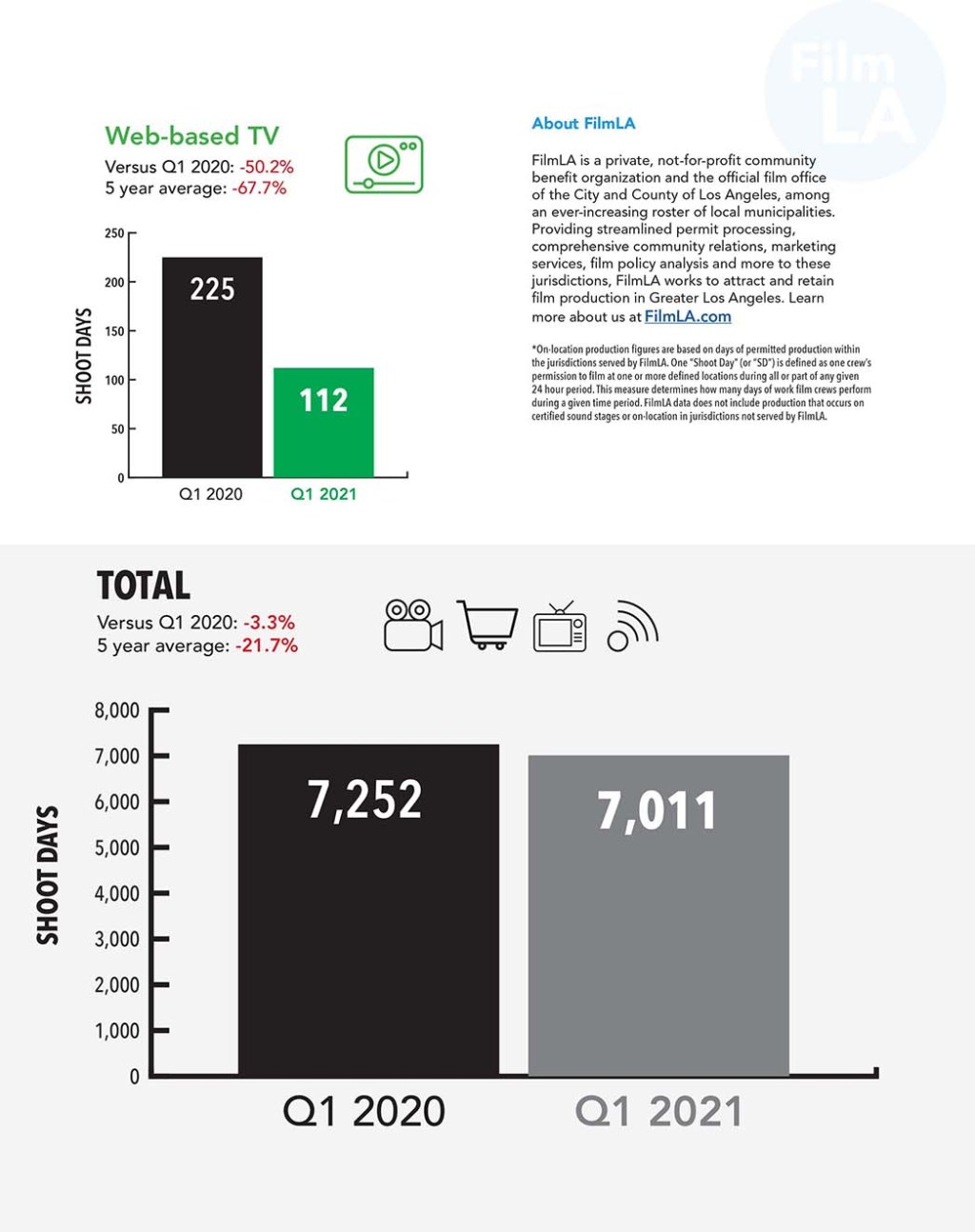 'The Flight Attendant' and 'Chad' to Move Production to California