Brian Jones, who has been the president of Fox Business Network since May following the exit of Roger Ailes deputy Bill Shine, didn’t take the usual route to the top. He dropped out of the University of Tulsa to work so he could send money to his single mother and younger brother in East Baltimore, Maryland. His first job was at KTLU in Tulsa, Oklahoma, and he came up through local news before joining Fox News in 1995 in the business development unit.

When FBN launched 10 years ago, it was easily dismissed as an also-ran to market leader CNBC. But the network has ridden a wave of economic populism (and luring former CNBC anchor Maria Bartiromo) to four consecutive quarters as the No. 1 business news network. For the third quarter, FBN averaged 187,000 viewers for its business-day programming compared to CNBC’s 152,000, according to Nielsen. CNBC edged out FBN in the adults 25-54 demographic (26,000 versus 23,000), but FBN was up double digits year-over-year in that measure, while CNBC saw a 30 percent decline. (CNBC no longer relies on ratings from Nielsen because, NBCUniversal executives have said, the company does not adequately measure out-of-home viewing.)

Those gains, however, come as Fox News faces a torrent of harassment and discrimination allegations, including rape accusations against FBN anchor Charles Payne, which he has denied. Payne returned to work Sept. 8 after an investigation by outside law firm Paul Weiss.

Jones, 57, lives in Harlem with his wife, Miriam Biolek-Jones, an interior decorator. The couple has two grown children, as well as 6-year-old son Sammie, who is from Ethiopia. They are awaiting the arrival of a another child from Bulgaria. “We decided to give back that way rather than writing checks and sitting at bad-food dinners,” says Jones. In 2009, he finished his degree at Fordham University, so that he can teach elementary school once he retires. “I don’t want to be one of those executives who goes home at five o’clock and says they did a day. You know? When that day comes, I’d rather be in a public school. So I went back to college to make sure that I could do that,” Jones explains. “Of all the jobs that you can do, that one you actually do need a degree for.”

The FBN chief discusses the current cable news landscape with The Hollywood Reporter, below.

The cable news audience is quite old. How do you get younger people to watch FBN?

Well, that’s our No. 1 challenge. What I am proud of is that for the fifth straight quarter, we are beating CNBC in 35-to-64. But you’re right, it’s the millennials. I am willing to bet that no one in your family rushes home after a hard day of work or school and says, “Let me turn on a business channel.” And the same in mine. So our challenge is to make the content relevant to them. 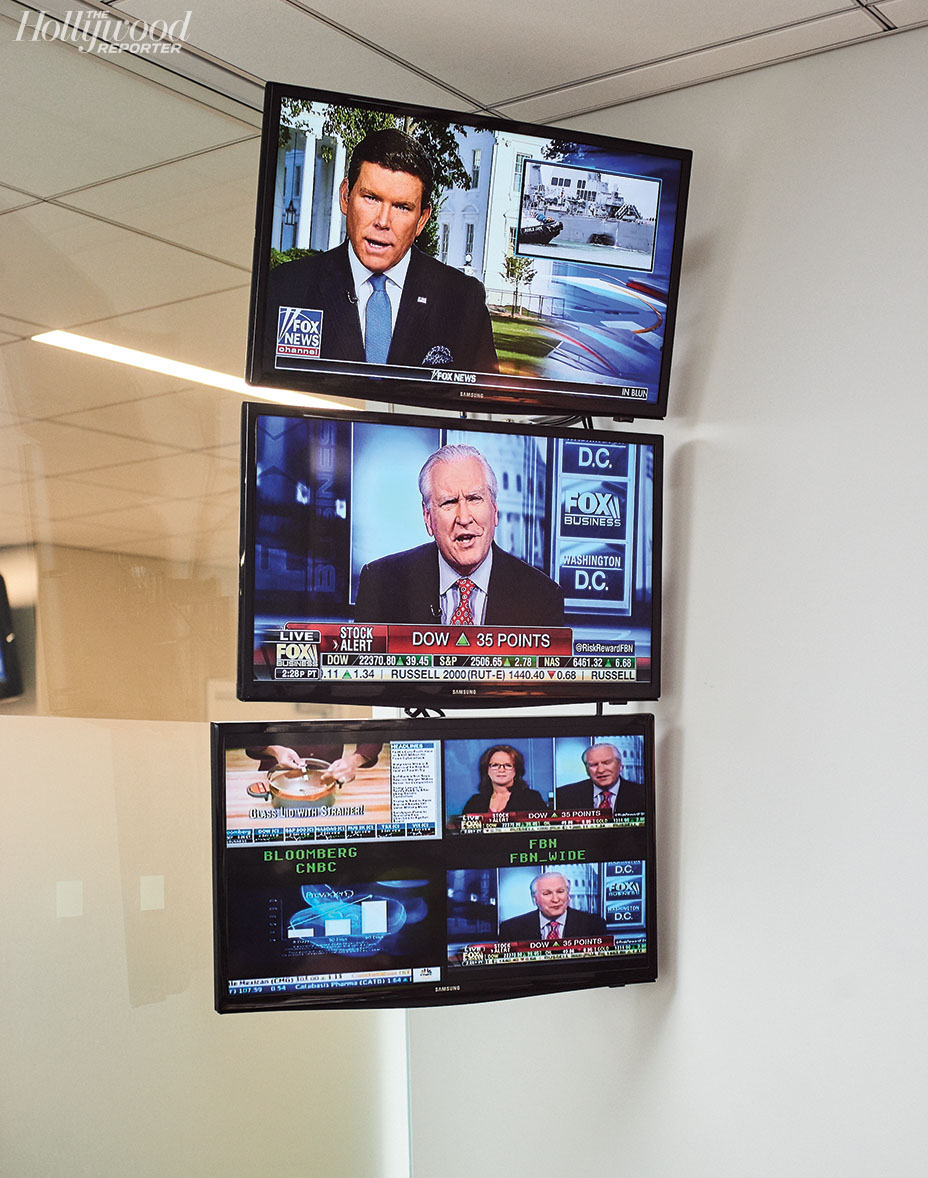 FBN hosted its first presidential debate during the 2016 Republican primary two weeks after a CNBC debate that was criticized as overly contentious. How big a game-changer was that debate for FBN?

We had been trying since our launch to get a debate, but at that time they were going to Fox News, CNN, ABC, NBC and CBS. And we watched that [CNBC] debate, and it was not based on anything going on in the economy. It was not based on business — it was an attack on business. We focused on straight business questions. And viewers found us. And they came back the next day and the next day and the next day. More and more people would sample and say, “They are doing exactly what they did that night. Let me continue watching that channel.”

What are the booking wars like now between FBN and CNBC?

CNBC has a policy: If someone appears on our network, they can’t appear [on CNBC]. We ask the CEOs, “Why are you letting a company dictate your public affairs policy? And by the way, we are now the leader, so more people are going to see you here. But if you want us to wait for the next day, we’ll wait.” That gives us the chance to hone our questions and ask better questions and better serve our viewers.

CNBC last year jettisoned Nielsen because it was dissatisfied with the company’s progress on out-of-home measurement. What do you think of that decision? Do you think they have a point?

It’s funny, we are a business network, which is also a business, as they are as well. And any business needs metrics. So how do you not provide your producers with metrics on how they’re doing, and how do you know how you’re doing? We didn’t make the rules; Nielsen is the only game in town. So no, we play the hand that we were dealt. It’s funny that [Nielsen] is jettisoned just as we’re starting to overtake them. I’m sure that’s a coincidence. (Laughs.) 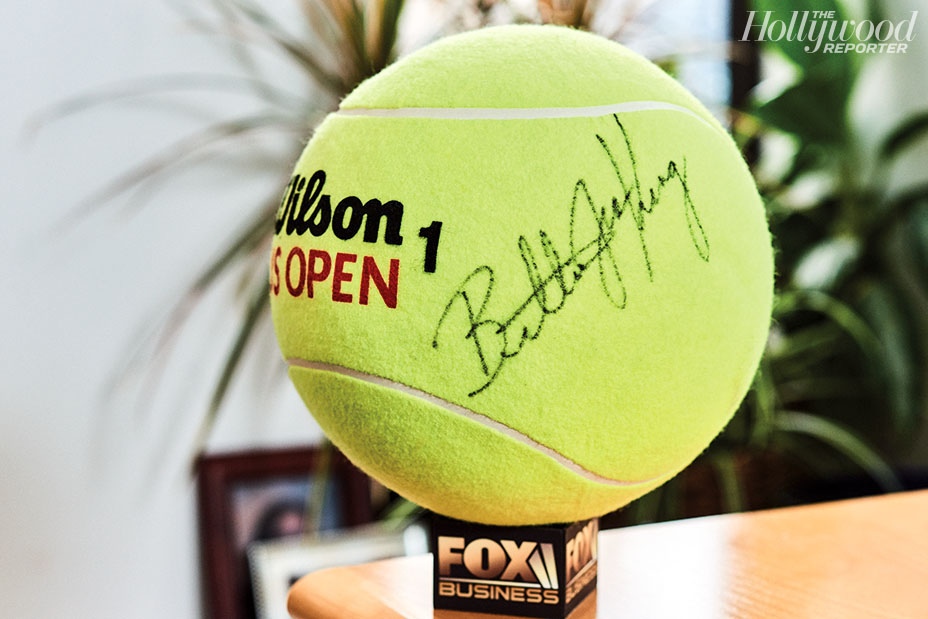 Have the harassment and discrimination claims at Fox News made it harder to book guests on FBN?

I don’t think so. I really don’t. CNBC is notoriously rude to their guests. So we have a guest greeter meet you at the lobby where you come in, escort you to hair and makeup, answer any questions that you have. That’s my customer service. So guests who come into the building experience that, and they meet a workforce that’s focused and energetic and really professional. Then they see the ratings and hear good questions from anchors. And that’s what I want them to focus on, and that’s what they are focusing on.

But the company has been under the microscope for more than a year. How has that affected morale?

Here’s the thing, and it is really, really troubling to me. All of that happened a little bit over a year ago at the exact same time we passed CNBC. Motivating a staff through that period of time and then they finally win and it’s overshadowed by events — that’s hard, you know? What we don’t get enough credit for is our journalism and our professionalism. And now it’s overshadowed because people are writing those stories. [Staff] never got to have their moment in the sun, and that weighs on me.

The rape allegations leveled against Charles Payne are obviously very serious. Is there going to be any further investigation?

No. That was a very thorough investigation by a professional outside law firm, and he was cleared and returned to work. And now we are working with him and his team to do the best hour of television that they can do. 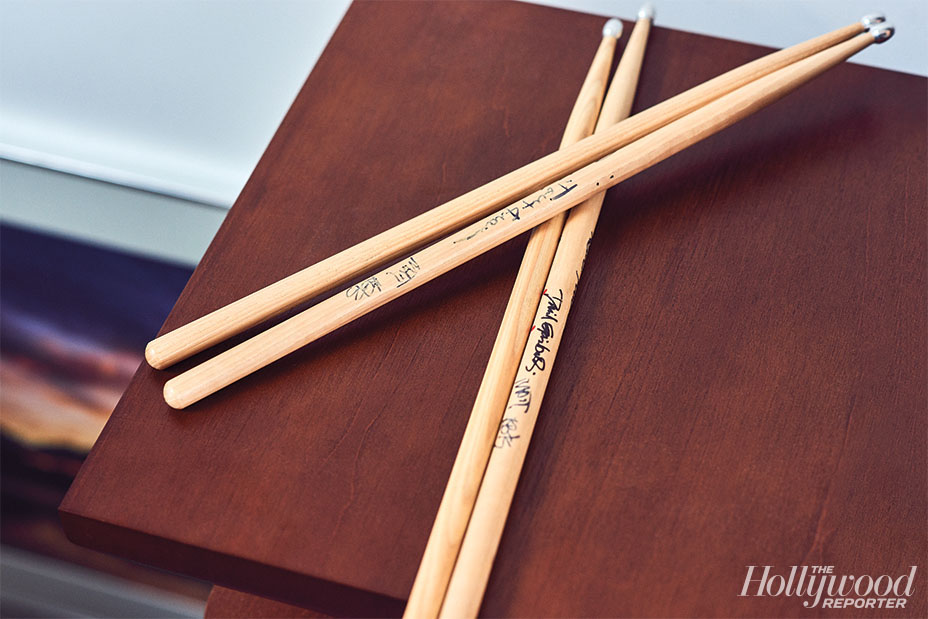 Were you surprised when Bloomberg News killed a story about the growth at FBN?

I don’t know. We’d love a Bloomberg Terminal, and they won’t sell us one.

You can’t buy one on the black market?

No. … It doesn’t work that way. And that would be illegal.

You have opinion hosts on your network, including Lou Dobbs, who presides over your top-rated show. Do you think that the network needs to speak with a politically agnostic voice in order to have a broader appeal?

I think we make a clear distinction. During the market hours and a little bit before and after, we are covering news of the day. And then we have opinion programming after that.

Oh, my plate is so full, figuring out the …

You must have an opinion.

No, I do not. My opinion is based on how I get young people to watch this network. Because that is the future.

Is it harder to be a black Republican in the era of Donald Trump and white nationalism?

But again I see myself as the champion of the people [at the network]. If I were involved in [politics], then maybe that would be an appropriate question. But right now I have two focuses, one about a mile and a third from here in my home and the other on this floor. And that’s really all I’m focused on. 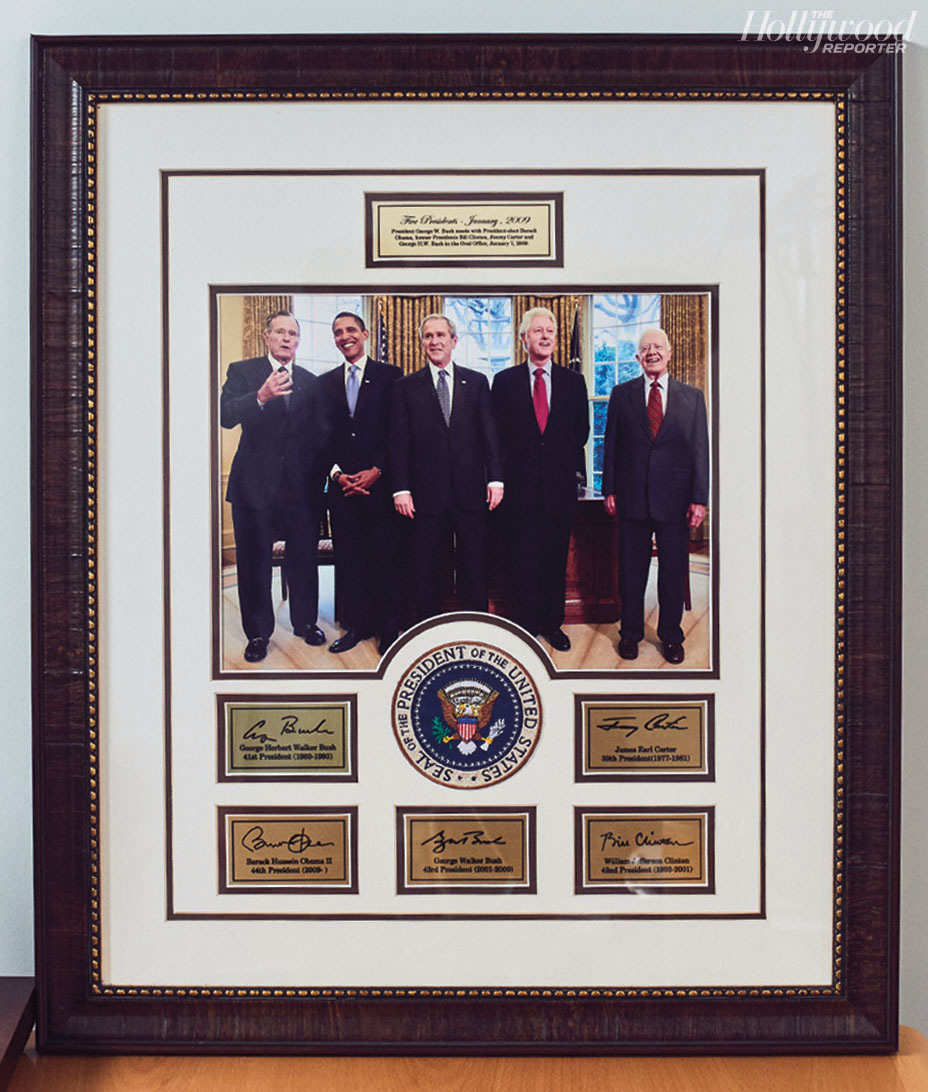 Have the exits of Roger Ailes and his longtime deputy, Bill Shine, created a leadership vacuum?

Not at all. Rupert Murdoch had a vision and conceived this network 10 years ago, and he has the vision and the initiative of this network now. It was his desire to have a competitor to CNBC, and he does not like being No. 2 in anything.

Have you ever been fired?

Oh, absolutely. I was fired from my second television job [at CBS affiliate KJRH in Tulsa]. I was nailing a board into the wall, and I hit the main power cable for the studio, taking them off the air. (Laughs.) It was an accident. I think that was unnecessary. I was probably 19 or 20 years old. It was devastating. I had never been fired before that, and — knock on teak — not since then.

What did you learn from that experience?

That you should not fire people for things like that. I was a very good employee. People need breaks and people are human and they make mistakes. They just discarded me.