Not long after Roger Ailes was forced out of Fox News — a year ago — he and I started to speak on a regular basis. Sitting on his couch in his modest suburban home in Cresskill, New Jersey, or in his much grander home overlooking the Hudson and West Point in Garrison, New York, he could seem like a genial retiree, his wife, Beth, hovering nearby, making jokes and supervising his diet. When, in a sudden decision this winter, the Aileses bought a home in Palm Beach, Florida, we’d chat on the phone — sometimes a few times a week — about his health, the weather, the news of the day.

This was, of course, a window into the fleetingness of power. The single most influential person in conservative politics one day, and the next, waiting for the phone to ring. And not just the fleetingness of power, but also its current upside-down, ironical, if not wackadoo, nature that was hard to miss and that Ailes himself was a vigorous observer of.

After all, if Ailes‘ enemies were ecstatic about getting rid of him — for a generation, he was the singular liberal bugbear — now they had Donald Trump. Ailes might be marooned on his couch, but Trump was some ultimate culmination of the politics of the “silent majority,” a concept Ailes had helped pioneer as a young adviser to Richard Nixon; and of the “Reagan Democrats,” which Ailes had identified for Ronald Reagan; and of a permanently aggrieved outsider political identity, which Ailes had defined at Fox News.

Just after the Fourth of July in 2016, Gretchen Carlson, a former Fox anchor, accused Ailes in a lawsuit of sexual harassment. Two weeks later, months shy of the 20th anniversary of the network he founded, Ailes, at 76, was out. But what Ailes represented was larger and, for liberals, more horrifying than ever. 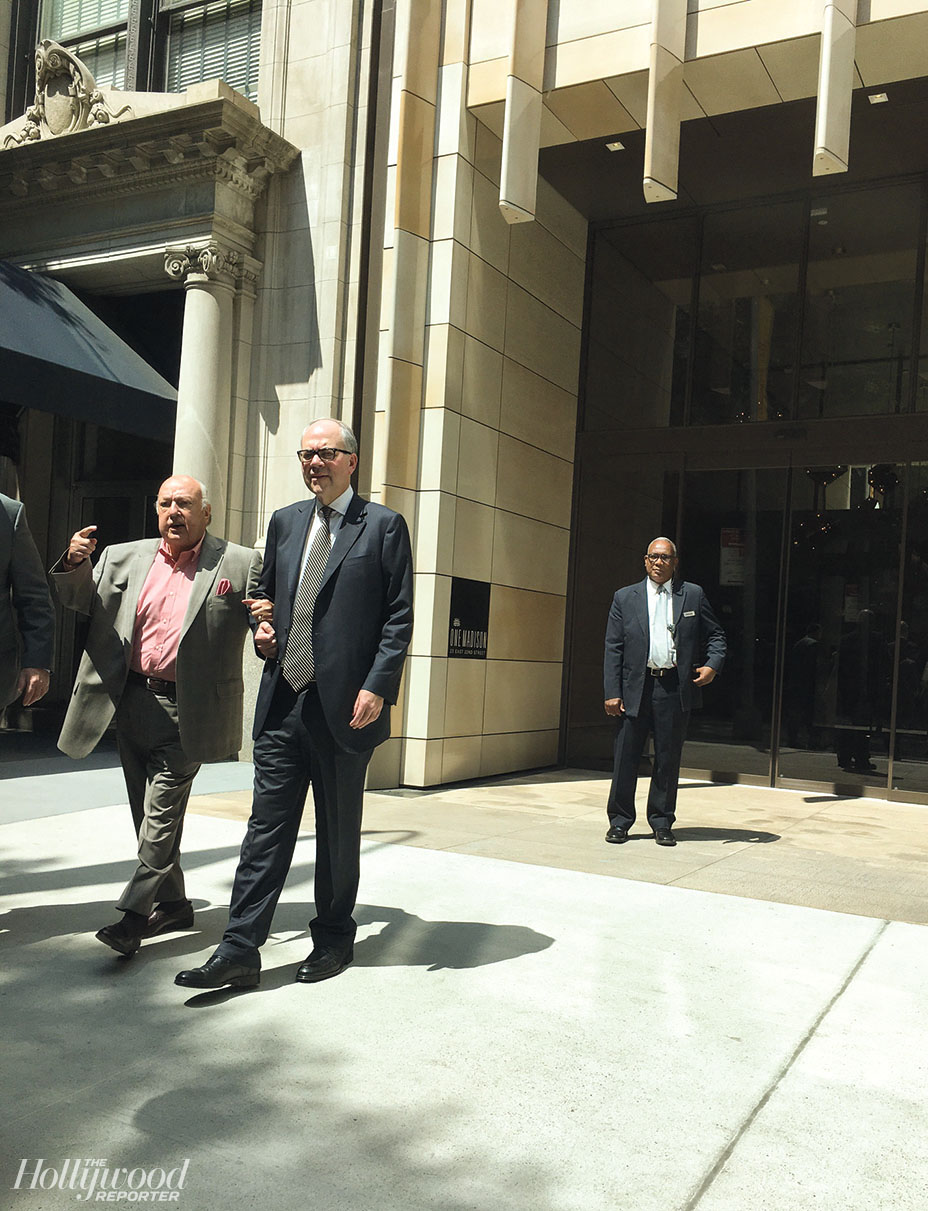 Ailes‘ defenestration on July 21 — the day his friend Trump accepted the Republican nomination for president — took place at Rupert Murdoch’s triplex apartment on East 23rd Street overlooking Madison Square. In 2005, Ailes had been a key player in forcing Murdoch to choose between his executives and his then-34-year-old son, Lachlan, whom top managers couldn’t abide. Murdoch sided with his executives. As the biggest single profit contributor to the Murdoch holdings, Ailes, despite years of animosity with the sons — “I make the money; they spend it” — continued to hold the father’s support. But with 85-year-old Murdoch on a vacation with his new wife, former rock ‘n’ roll princess Jerry Hall, last July, the sons, who now held penultimate executive authority, took the opportunity of Carlson’s lawsuit to move against Ailes. In this final meeting — where Lachlan, who the day before had sported shrub-like hair and a mountain-man beard, now showed up for this meeting with a WWE-like shaven head — a plaintive father, back from his vacation, now had to side with his sons.

The sons of the world’s greatest tabloid purveyor had taken up arms, conveniently or other­wise, as a new moral force (and, in the coming year, would, as militant practitioners of corporate righteousness, oust a lineup of Fox managers and talent). While Ailes and other Fox cohorts were sent into exile, in this upside-down world, Trump, accused of far more louche behavior, was elected president.

It was Ailes‘ tacit support of Trump that, in part, made his removal from Fox all the more urgent for the Murdochs. And it was not just the liberal sons who were agitated by Ailes‘ regard for Trump, but also the father, whose tabloid, the New York Post, helped create Trump, but who found him now, with great snobbery, not of “our” conservative class. (“When is Donald Trump going to stop embarrassing his friends, let alone the whole country?” Murdoch senior tweeted the day after Trump officially declared himself a candidate.) Murdoch instructed Ailes to tilt to anyone but Trump, Ailes confided to me before he was fired, even Hillary. (Ailes, for his part, characterized Murdoch’s periodic efforts at interference as similar to Nixon’s instructions to bomb this or that country — best ignored.)

After the election, a confounded Murdoch had to call on his ex-wife Wendi’s friends, Ivanka Trump and Jared Kushner, to broker a rapprochement with the disreputable Donald. Now, to Trump’s great satisfaction, a humbled Murdoch is a constant caller.

The Murdochs, with a strict confidentiality provision in Ailes’ contract and administering a slow-drip payout of the millions owed him, were able to enforce his silence as they pursued their plan to erase his place in their corporate history. The 20th anniversary of Fox News happened without anyone uttering the name of the dominant figure in cable news. 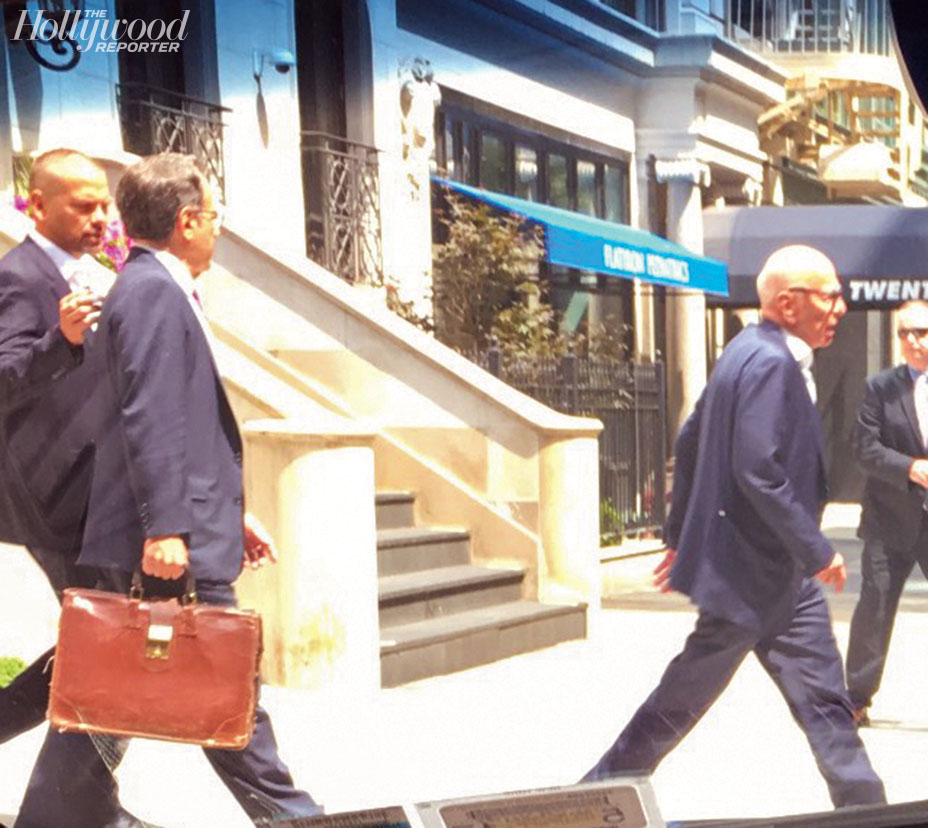 Ailes, the broadcaster and showman, was also one of the most astute political operatives of the modern era. Deprived of a public outlet, Ailes offered me his private tutoring on the age of Trump: 1) His election proved the power of a significantly smaller, but more dedicated electoral base — as, likewise in cable terms, a smaller hardcore base was more valuable than a bigger, less-committed one; 2) but this meant an inverse dedication by an equally small circle of passionate enemies; 3) and, hence, there will be blood. Here, of course, he was also describing what he saw as his own fate.

There were two different Americas located in different worlds and different times, ever-more unrecognizable to each other — that was Ailes’ political and business insight, which Trump has now carried to a stunning conclusion. Ironically for Ailes, Murdoch senior had built his fortune cultivating one of those worlds — presciently using Ailes’ talents to cultivate it — but his aspirational sons now saw their future in the other. As Ailes was ousted, and as Trump was elected on an explicitly nationalist platform, the Murdoch brothers were pursuing their global dream of taking full ownership of Sky, the British satellite entertainment service, and creating a global television and news company. “Well, maybe they’re not wrong. I mean, they’re not that bright, so they probably are wrong. But maybe there’s a business there,” said a bemused Ailes in the weeks before his death. “It’s just never going to be as good as the one they are giving up.”

It seemed to fill Ailes with some wonder that his vision — a vision he described as his resistance to the imposition of other people’s visions (i.e. the liberals) — had, in the past year, clearly jumped cable news and become the dominant historical current. He was, to say the least, impatient to get back in the game. In May, the day after he fell and hit his head in the Palm Beach house — he would be dead less than a week later — he was supposed to go to New York for a set of discussions that could have put him back into the news business.

“It’s strange to be at home with nothing to do but just to see how right you were. The liberals really have had no idea what was going on,” said Ailes, in buoyant humor, during our last conversation, the day before his fall. “But the lesson is, you probably don’t want to be as right as I’ve been. That’s not going to make you a lot of friends.”