The global entertainment market hit $100 billion for the first time in 2019 as streaming kept making huge gains, according to the Motion Picture Association’s annual snapshot.

The report, released Wednesday, showed that combined revenue hit $101 billion, including an all-time high of $42.2 billion from the global box office and $58.8 billion from home entertainment/mobile (this excludes pay TV subscriptions). That’s an 8 percent gain over 2019’s $93.5 billion.

In North America, as previously reported, box office revenue tumbled 4 percent to $11.4 billion, while admissions fell 5 percent to 1.24 billion people. The MPA report further noted that the number of times frequent moviegoers slipped in 2019 (40 million versus 43 million the year before). At the same time, 268 million people went to see a movie at least once during the year, a slight gain over 2018. And while Caucasians bought the majority of tickets sold (54 percent), that share was less than 2018 (55 percent).

“The film, television, and streaming industry continues to transform at breakneck pace, and this report shows that audiences are the big winners,” MPA chairman/CEO Charles Rivkin said in a statement. “Most importantly, our industry continues to innovate and deliver great storytelling for movie and TV fans — where, when, and how they want it.”

The release of the report comes as the entertainment industry grapples with the impact of the coronavirus on the 2020 box office. Cinemas in China have been closed for weeks, while the box office is in free fall in South Korea and Italy. France is also impacted, along with India. No theaters are so far closed in the North America, but analysts are already predicting a potential $5 billion hit on the 2020 box office. 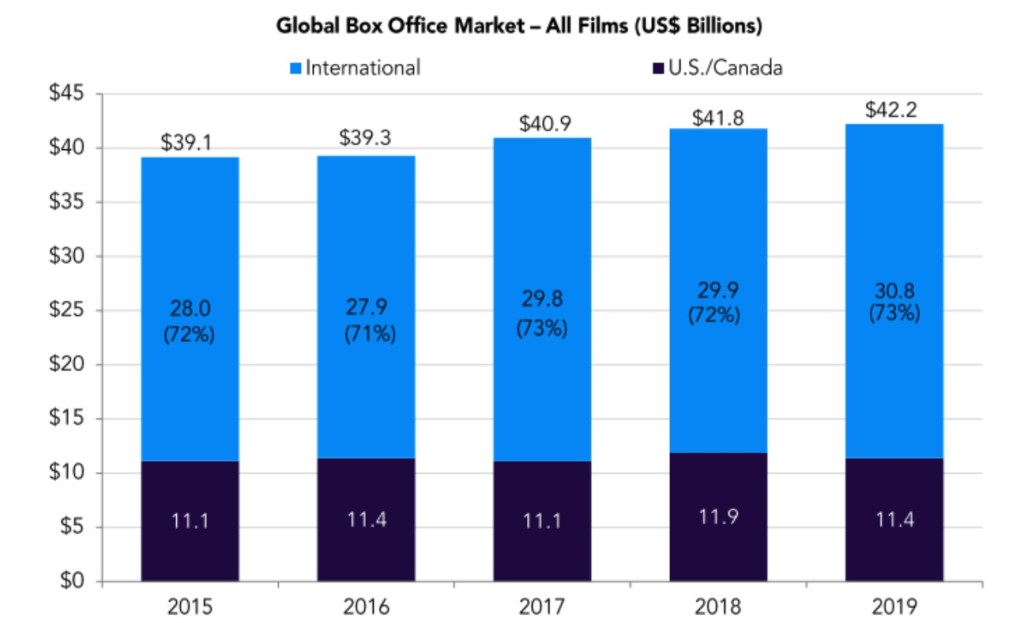 For years, the MPA primarily focused on box office in its annual report. But with explosion of streaming, Hollywood’s top lobbying org shifted its focus two years ago (also, Netflix is now a member of the trade group alongside the major Hollywood studios).

In 2019, the U.S. share of the $58.8 billion spent on home/mobile entertainment was $25.2 billion, a gain of 8 percent. Much of the revenue comes from the digital side of the aisle, versus physical media. The digital market in the U.S. was up 18 percent while the international market jumped 30 percent from 2018. In total, the digital market contributed 56 percent of the $101 billion, followed by theatrical (31 percent) and physical (13 percent).

The number of subscriptions to online video services around the world increased to 863.9 million and in the United States to 237.2 million, a 28 percent and 26 percent spike from 2018, respectively.

In terms of demos, more than 75 percent of adults in the U.S. watch movies and television shows on streaming services.

For the first time, the MPA provided data on mobile viewing, reporting that the vast majority of children — or 85 percent — and 55 percent of adults primarily in the 18-39 age groups watch movies or TV shows on their mobile devices.

Separately, the MPA reports that pay subscription TV market — excluding online video — reached $244.6 billion in 2019. Cable revenue made up the bulk, and was up by $2.2 billion to $116 billion in 2019 despite an overall decline in subs.

At movie theaters, per capita attendance was highest among the 12-17 and 18-24 age groups, in keeping with recent years. It was also highest among the Hispanic/Latino and Asian ethnic groups.
The gender composition of 2019 audiences was split evenly among men and women.

Avengers: Endgame was the top-grossing theatrical title of 2019 — it earned a record $2.8 billion worldwide — as well as the top-selling title on digital. But when it came to renting a movie digitally, Bohemian Rhapsody was the top of the 2019 class.

Rivkin will touch on the report when attending CinemaCon in Las Vegas later this month. So far, the convention is still a go. 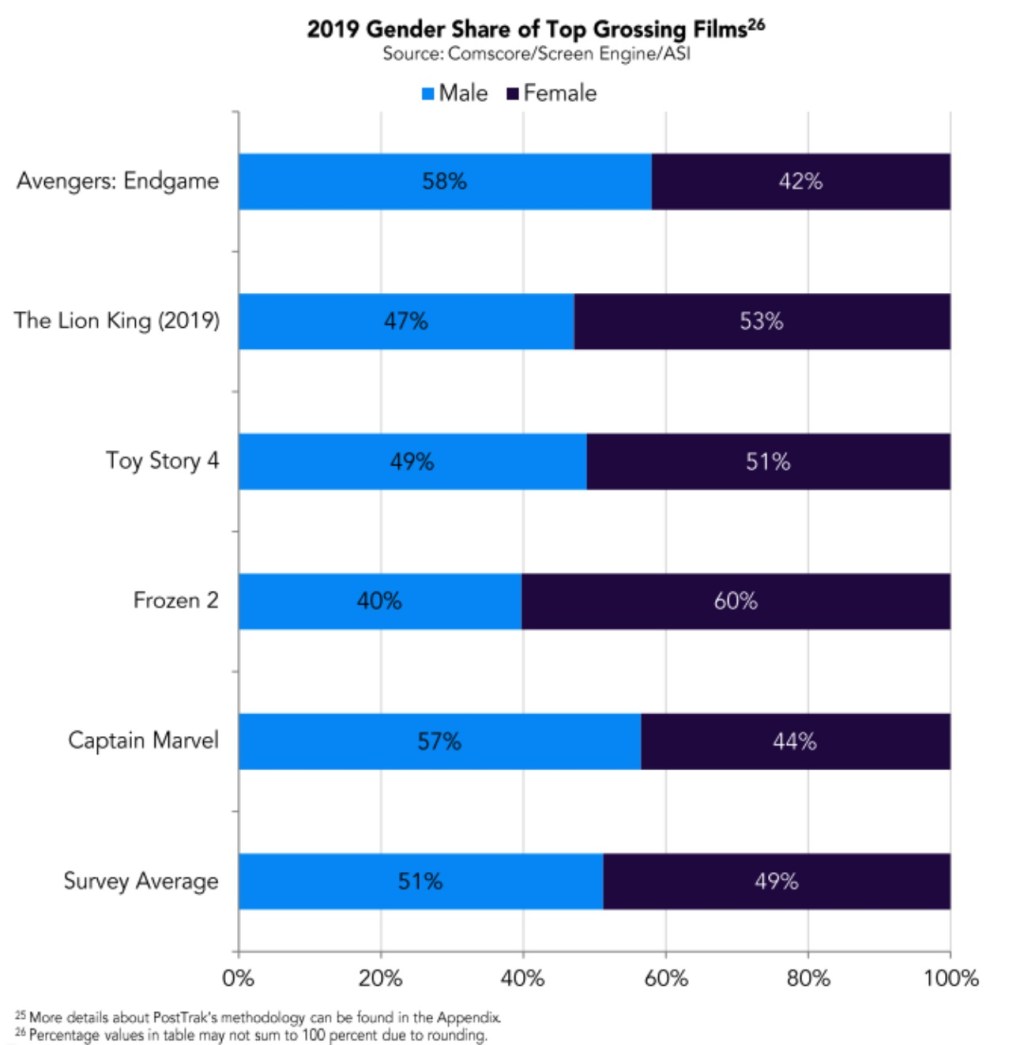