When I was 9, my mother took me to a production of The King and I that starred Ricardo Montalban as the King of Siam. This was prior to Montalban premiering in Fantasy Island and pitching the “fine Corinthian leather” of the Chrysler Cordoba in TV commercials, so my familiarity with him came from the original Planet of the Apes movies, where he played Senor Armando, a circus owner who is sympathetic to the cause of talking apes. As I watched the musical, I remember thinking it was disturbing that a man I knew to be Mexican was playing the king of an Asian nation. By that time, most people knew that white actors donning blackface was wrong, but I was in the minority with my discomfort with the idea that brown actors were thought to be like Type O blood and could play any ethnicity. The L.A. Times, writing about King and I, lauded Moltanban’s racial pliability by noting, without irony, how he “has kept his name above the title for more than a quarter century by stamping his own interpretation on roles, playing Japanese, Greeks, Italians, Armenians, French, Indians, Germans and Turks.”

That a Mexican actor playing a Thai or Japanese character drew no further comment in 1974 isn’t remarkable. That we’re still trying to figure out, 43 years later, when a person of one race or distinct ethnicity should be cast as a character of another, is. The answer is pretty black and white: They shouldn’t. Joseph Fiennes shouldn’t have played Michael Jackson, even for a comedic TV anthology; Jake Gyllenhaal shouldn’t have played the prince of Persia; Rooney Mara shouldn’t have played a Native American in Pan; and the con­troversy surrounding the casting of Naomi Scott as Jasmine, an Arab, in Disney’s remake of Aladdin is fully warranted. Maybe there aren’t any Arab actresses as good as Scott, or maybe those in charge found her look more “appealing,” but casting an Indian-British woman as an Arab can only come off as another example of “brown is brown,” and that is unacceptable.

While those examples are clearly improper, other cases of “whitewashing” land in the gray zone. As important as it is to call out obviously racist or insensitive casting choices, it is just as important to define what should be permissible when representing ethnicity onscreen and what isn’t really a problem and should not be dragged into this discussion. 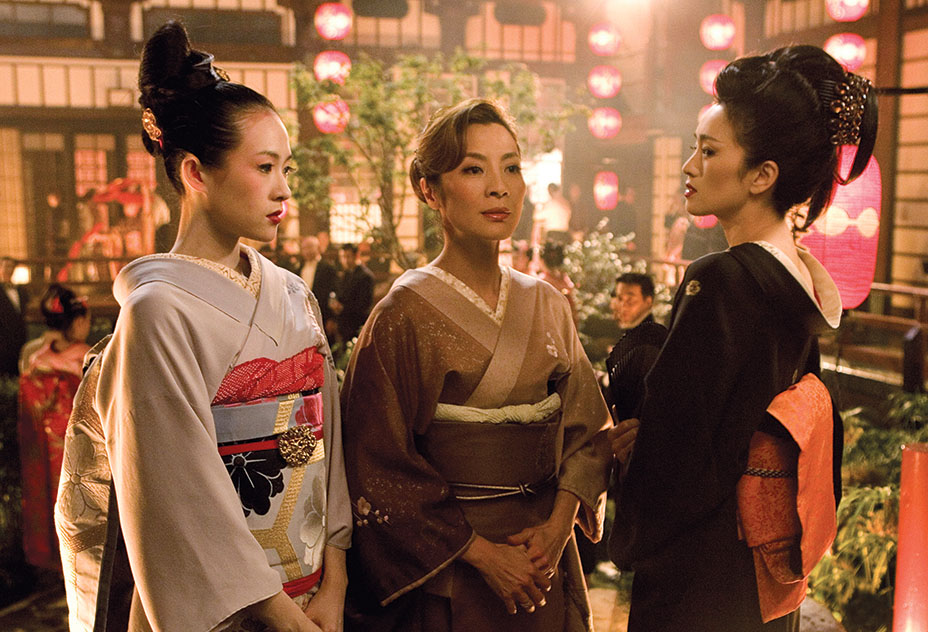 In 2005, there was outrage in Japan for the casting of Chinese actresses Zhang Ziyi and Gong Li, as well as Malaysian actress Michelle Yeoh, as leads in Memoirs of a Geisha. Given the historical tensions that have remained since World War II, the obtuseness of these choices was clear (as was changing the eye color to blue of the Asian woman on the poster). But even without political tensions, is it OK that Randall Park, a Korean-American, plays a Taiwanese-American on Fresh Off the Boat? I could see that go either way. Can any Latino play the part of any Latin American? Can a Spaniard play a Peruvian? I’m not sure. Many Latin Americans are partly or wholly of Spanish heritage, just as most white Americans have European ancestors. What about a Brazilian playing a Chilean? I think the answer to all of those questions is, “It depends.”

Where the “whitewashing” label is misapplied is when a character is changed from an ethnicity in the source material to another to accommodate a specific actor. This is not the same as casting someone of one race to play a character of another. Much has been made of Scarlett Johansson’s starring role in Ghost in the Shell, whose character in the original Japanese anime was, of course, Japanese; and Tilda Swinton being cast in Doctor Strange as the Ancient One, a character who was Tibetan in the comic. Neither of these examples was evidence of the distasteful racism of white actors playing a race other than their own, but rather the common business choice of adapting a property for a wider audience. The Ghost in the Shell filmmakers changed the location from Japan to a nonspecific future world, with the intent of making the premise more accessible to a global audience. In moving the location from Japan, the film didn’t need its heroine to be any specific ethnicity (not to mention that she was a robot); what she did have to be was a big star capable of justifying a huge budget, and Johansson is that.

Remaking a foreign property for a larger audience always involves changes. In 1960, when Yul Brynner, a Russian who won an Oscar for The King and I, remade Akira Kurosawa’s Seven Samurai, he didn’t develop it as an English-language version of a Japanese samurai movie but rather as a Western, which was a more popular genre throughout the world. This wasn’t “whitewashing,” just smart business. Casting Eli Wallach, a Jew from Brooklyn, as a Mexican in the film was egregious “whitewashing,” though.

Marvel Studios claimed that it changed the Ancient One in Doctor Strange from a Tibetan monk to a Celtic woman to avoid the stereotype of an old Asian wise man. Of course, it could have changed that stereotype by keeping the character as Tibetan and not writing him stereotypically. My guess is that Marvel wanted to run from any connection to a Tibetan character, given the conflict between Tibet and the Chinese government. China is the second largest film market in the world, and Disney’s theme parks there are visited by 17 million people a year. There is no reason to believe that this was anything other than a one-time instance of “greenwashing,” rather than “whitewashing,” and it is unrealistic to think that the world’s largest media company should risk a huge financial hit to preserve the cultural integrity of a secondary character in a movie. 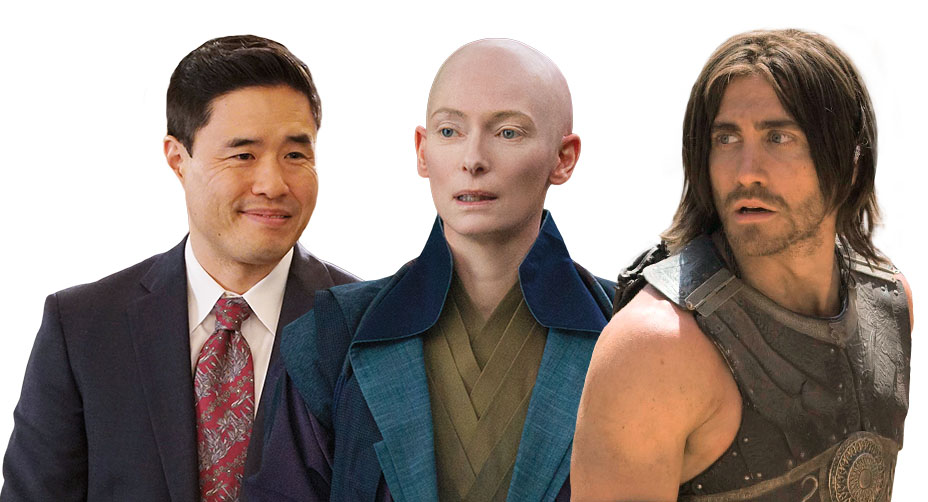 It is unfortunate, though, that actor Ed Skrein felt he had to drop out of the new Hellboy movie because some disagreed with him being cast in a part that is Japanese-American in the comic. It’s not as though Skrein would have been a better economic choice than Daniel Dae Kim, the Korean-American who replaced him. Actually, I think Kim is better from a marketing perspective. The filmmakers were making a creative choice in going with Skrein, and the outside pressure to change creative decisions because a fictional character was one race or another is a double-edged sword. After all, a similar creative decision led Marvel to change Nick Fury, who is white in the Avengers comic, and cast Samuel L. Jackson, which was an inspired move and led to greater diversity in the franchise. And if those who protested Skrein wanted true ethnic alignment with the comics, they should still be upset that a Japanese-American wasn’t cast.

Those who identify and protest “whitewashing” and push for realistic change are helping, for the most part, to move the industry forward in depictions of ethnicity. Studios and filmmakers need to listen for these cues from the community and make changes. And when it is unclear if it will be acceptable to cast an actor outside of the ethnicity of the character in question, there are always two possible alternatives: 1) cast the best actor available who is of the same ethnicity as the character; or 2) cast Lou Diamond Phillips. Phillips has played more ethnicities than almost anyone, from the Mexican-American singer Ritchie Valens in La Bamba to, yes, King Mongkut in The King and I. Phillips can do this because he was born in the Philippines to a Filipina mother of Chinese, Japanese, Hawaiian and Spanish heritage and to an American father who was one-quarter Cherokee. So, when in doubt, LDP’s got you covered.