I know from reading the trade websites that many in Hollywood observed A Day Without a Woman on March 8 — though I did see several females at the studio and network I visited that day. The talent agencies certainly treated it as a special event, which makes sense, since all of them have women at the pinnacle of their management committees. (That’s true, right? I didn’t dream it, did I?) In any case, this honoring of females caused me to think about how ridiculous it is that in 2017, women, or any other group of people, should be paid less for the same job — save for guys with comb-overs, since they absolutely should get less.

While the result of this inequity is simple to understand, the sources are not as clear. This isn’t like the #OscarsSoWhite controversy, where the cause of the problem is straightforward: that the film Academy’s electorate is mostly Caucasian, old and rich. Certainly, with regard to the topic of equal pay for women, the old, rich, white guy power structure could play a part, but contract negotiations largely are about perceived leverage, and female actors have more leverage now than ever, as do women who write, produce and work as executives. And still, their pay is not equal to that of men. While many headlines decry the situation, I haven’t read any articles that explain why this problem persists nor any offering a solution — probably because nobody fully understands why this dilemma exists in the first place. 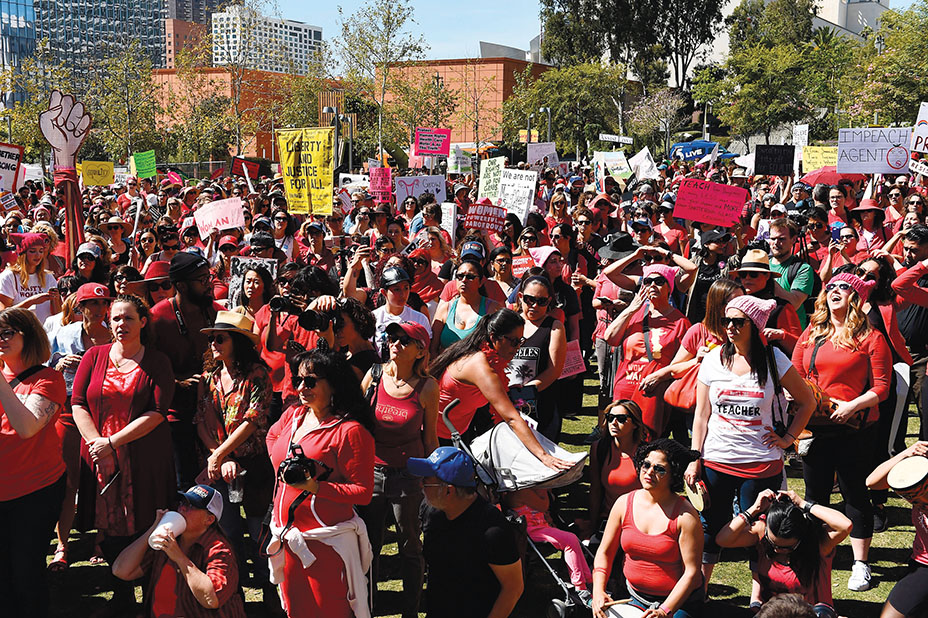 Having advised a number of men and women on various types of negotiations, as either an agent, manager or friend, I have found that I’m often saying to men, “Hey, cowboy, you might want to rein it in a bit,” while with women, I’m more likely to advise that they should push harder for a better deal. My anecdotal experience tells me that women don’t express as much confidence in negotiations and/or are less willing to be confrontational in the face of a low offer. In fact, Jennifer Lawrence, in her celebrated essay on the topic, said that one reason she was paid less than her American Hustle male co-stars was that “I failed as a negotiator because I gave up early.” Natalie Portman, regarding being paid less than Ashton Kutcher on No Strings Attached, told Marie Claire, “I wasn’t as pissed as I should have been. … The disparity is crazy.” A recent analysis by Dr. Hilla Dotan of Tel-Aviv University and professor Uta Herbst of the University of Potsdam found that when women negotiated for themselves, they achieved 30 percent lower outcomes than men did and found the process unpleasant. Conversely, when negotiating for a friend, they achieved similar results as men. According to Dotan, “What’s important for women is the sense of fighting for others, for their friends, for something bigger than themselves.”

Of course, big movie stars and important executives have agents and lawyers negotiate for them, and that helps. But the client is always in charge and very few, if any, say, “You handle the deal, blow it if you see fit and just tell me when it is done.” Having a reluctant client inhibits receiving full value, and when my lawyer or agent is negotiating for me as a producer, I am conscious of the need to express my confidence to them, so they will, in turn, communicate the same to the other side.

Studies and theories are interesting, but real-world experience is more informative and meaningful, so I asked three accomplished women (all names have been changed) in the industry for observations on pay and gender.

ERIKA IS A SUCCESSFUL ENTERTAINMENT LAWYER who routinely negotiates on behalf of artists and executives. “As a negotiator,” Erika told me, “I tend to feel overly protective toward my female clients, who are underselling themselves, whereas men very rarely question their own qualification and assume they are entitled to the maximum that can be gotten. They tend to ask more about what other people are getting, and I spend much more time persuading them not to dig in on irrational positions. Women tend to feel they need to deserve what they’re getting. I had a conversation with a woman who had three job offers. I pushed her to go for a 100 percent pay increase over what she had been offered. When I told her that they had accepted, she was in shock.” Erika also noted that employers approach negotiations differently with women than with men. “The discussion [for women] is often about the work environment. The sales pitch is, ‘She’ll be such a great fit,’ and then they make a low-ball offer,” suggesting that they can get away with offering less because women care more about corporate culture than money.

“Women are individually their own worst advocates,” Erika continued. “We believe we should be judged on our merits and then given what we deserve, rather than having to fight for it, and that has been true in my case. I can look back at times when I would absolutely not allow a client to walk away from or fail to demand a benefit or compensation, yet I have done just that for myself, because of an inherent feeling that it is unattractive and unseemly to go after something personally.” 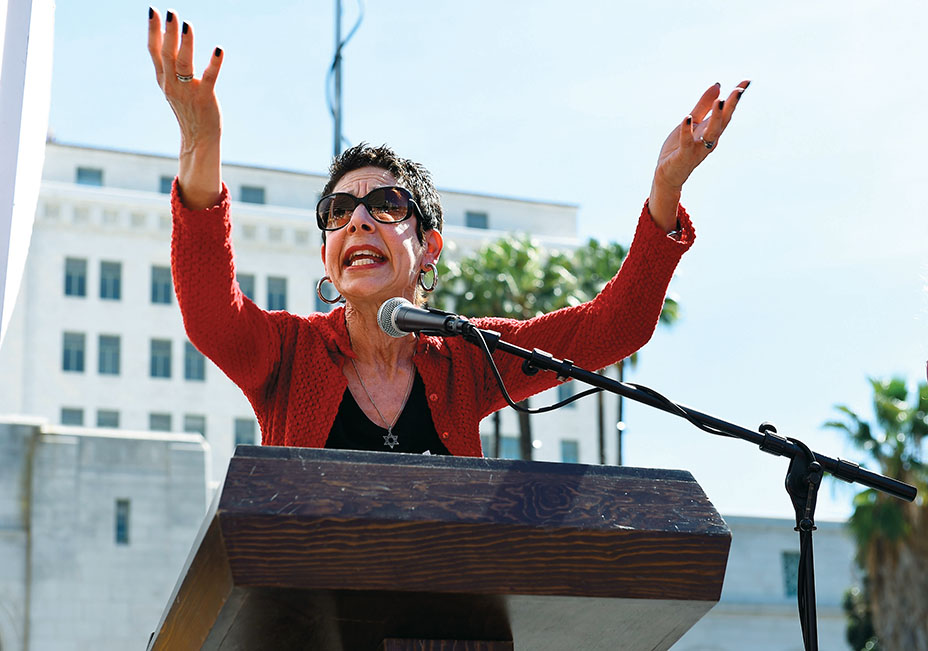 LORI IS A HIGH-LEVEL FILM PRODUCTION EXECUTIVE. In a prior job at a major studio, where she shepherded extremely successful projects, Lori described to me how she “always thought there was equal opportunity for the work, but it was clear that men were paid more across the board, even though there were women at senior positions who made decisions on salary.” She pointed out that men pushed harder for higher pay: “The men were willing to overreach, while the women didn’t. The way I justified the imbalance was that I went on maternity leave twice. I had other things going on. There was a woman at the company who would check up on who was in their office at 7 p.m. It was always the guys who were still there, because they didn’t have to go home to their families. When I left for another company, the woman I worked for gave me a big raise, but I pushed for more, because a man at my level was making more. She told me to drop it. I think there should be some sort of standards for pay, and I think women need to be better to women. Women say that they are, but they aren’t. Men take care of each other. Women don’t go on rafting trips together. They aren’t tribal like that.”

Gavin Polone on 'A Dog's Purpose' Outcry, What Really Happened and Who's to Blame

CLAUDIA IS A SENIOR OPERATIONAL EXECUTIVE AT a television company. When I asked her why men still make more than women, she said, “It all comes down to one thing: a sense of entitlement. To their jobs, their salaries, their promotions. Women don’t have that. I truly believed [this business] was a meritocracy, and over time I’ve been disillusioned. There are a lot of men at the top who are empty suits. … They’re not that impressive. The women in senior jobs are pretty impressive, because it takes more for them to get through.” Part of the problem, she said, stems from the fact that “women stick around where they are comfortable,” while men are more likely to switch jobs.

Clearly, to lure a successful executive from another company, the acquirer has to pay a premium. But that, of course, creates a situation where those at a company who have been there a long time may be paid less than their new co-worker, and those loyal long-termers are more likely to be women. Therefore, Claudia explains, “They don’t have the chance to reinvent their salary, so they’re always held to the level where they came in. It’s really hard to change.” She also suggested that women who don’t leave to serve their ambitions are the reason why women are still rarely at the very top, not only in the entertainment business but also in other industries (women make up only 5.8 percent of Fortune 500 CEOs). “My hypothesis is that because women stay at one company, it takes longer to get to the upper levels, and that combined with the added work of raising a family burns them out, hence they have less ambition at the end of their career.” 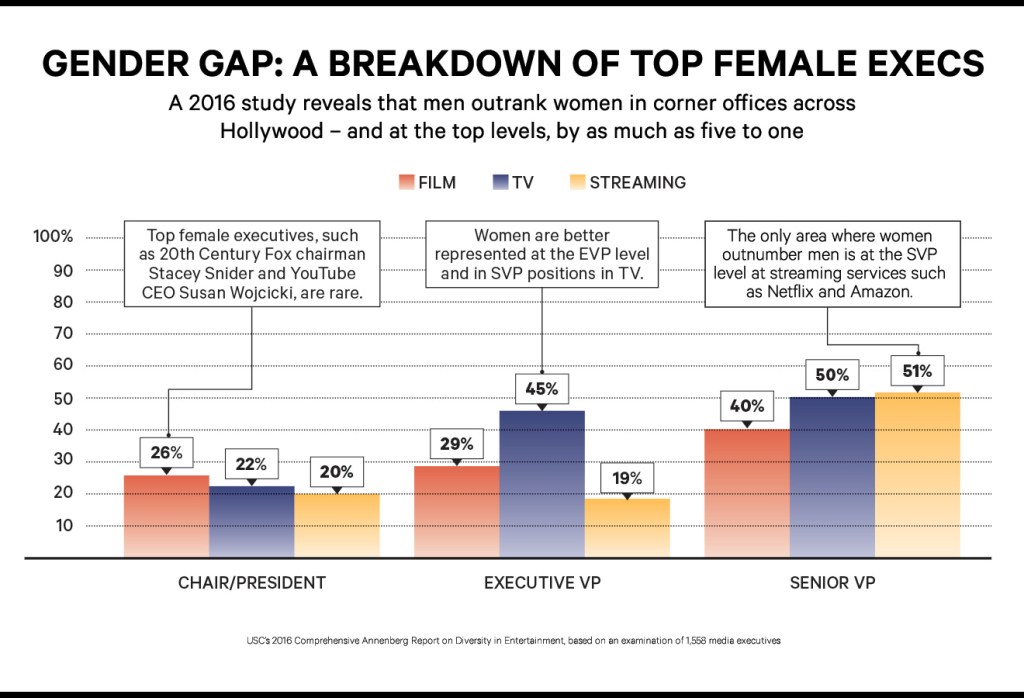 THE QUESTION OF HOW TO EQUALIZE PAY FOR men and women has been around for a long time, and obviously we can’t depend on the existing power structure to change things just because once a year we laud the contributions of women in our industry. All three of those with whom I spoke said that women have to advocate for other women strongly and more often. I’m sure that would help, but maybe women also have to develop their own sense of entitlement. Maybe women need to push through the discomfort associated with confrontation and demand more in negotiations; maybe women need to always be looking for better opportunities and compensation and then be willing to leave wherever they are when a big leap is offered.

Or, maybe, the issue is not that women are underpaid at all. Maybe the real issue is that men are overpaid and the old ideal of being overconfident, disloyal and confrontational in order to be treated fairly is what needs to change. It’s hard to say that the upper levels of society are underpaid: The top 5 percent of the U.S. population controls 63 percent of household wealth. And if all that extra money that currently is paid to men were to be plowed into better work environments with better work hours, increased compensation for those on the lower rungs and better product, it is difficult to see how we all, including men, wouldn’t benefit in many ways. … Well, a boy can dream, can’t he?