In her junior year at Stanford, Gigi Pritzker went to study in Nepal. “My mother said, ‘Why can’t you be frickin‘ normal and go to France like everyone else?’ ” recalls the Chicago native, whose family, one of America’s wealthiest, built the Hyatt Hotel empire. “Every aspect of who I am somehow was molded and formed [there],” she adds.

Pritzker, 54, an anthropology major who studied folktales during her year abroad, has been drawn to storytelling ever since. She returned to Asia after attending a small film school in Santa Fe to produce the 1998 doc Bhutan, Kingdom of the Thunder Dragon, launching her career in the movies. After creating sales/financing company Oddlot Entertainment in 2001, she merged it into Madison Wells Media, which she co-founded in 2015 with former Legendary exec Clint Kisker.

The company’s name is inspired by Pritzker’s great-grandfather, who came to the U.S. as a child and sold newspapers at the corner of Madison Avenue and Wells Street in Chicago. He went on to become a pharmacist and eventually a lawyer. “That to me is really important and is an important piece of the spirit of what we are trying to build at Madison Wells,” says Pritzker.

It’s been a roller coaster ride for one of Hollywood’s most prominent indie financiers. While Pritzker declines to go into detail on how much money she’s invested in her films — which range from 2010’s Rabbit Hole and 2011’s Drive, to the bigger-budget 2013 and 2015 releases Ender’s Game and Mortdecai — she’s open about the pain of creative or financial misfires. “It’s not an easy business,” she admits. “You get knocked down a lot.” You also get lifted up, as she discovered with 2016’s Hell or High Water, a $12 million drama that earned $27 million globally and scored four Oscar nominations.

Pritzker’s new company, MWM, aims to create content across a variety of platforms, with three branches: Through Oddlot, it produces and co-finances film and TV, including Nat Geo’s Genius (with 10 Emmy noms); Jon Stewart’s 2014 political drama Rosewater; and the Sundance breakout Landline (out July 21). The company’s Relevant Theatricals arm produces such stage shows as Broadway’s Million Dollar Quartet, nominated for three Tonys in 2010. And its Reality One division backs immersive media projects such as Jon Favreau’s Gnomes & Goblins and creates original VR content through a partnership with Sony. 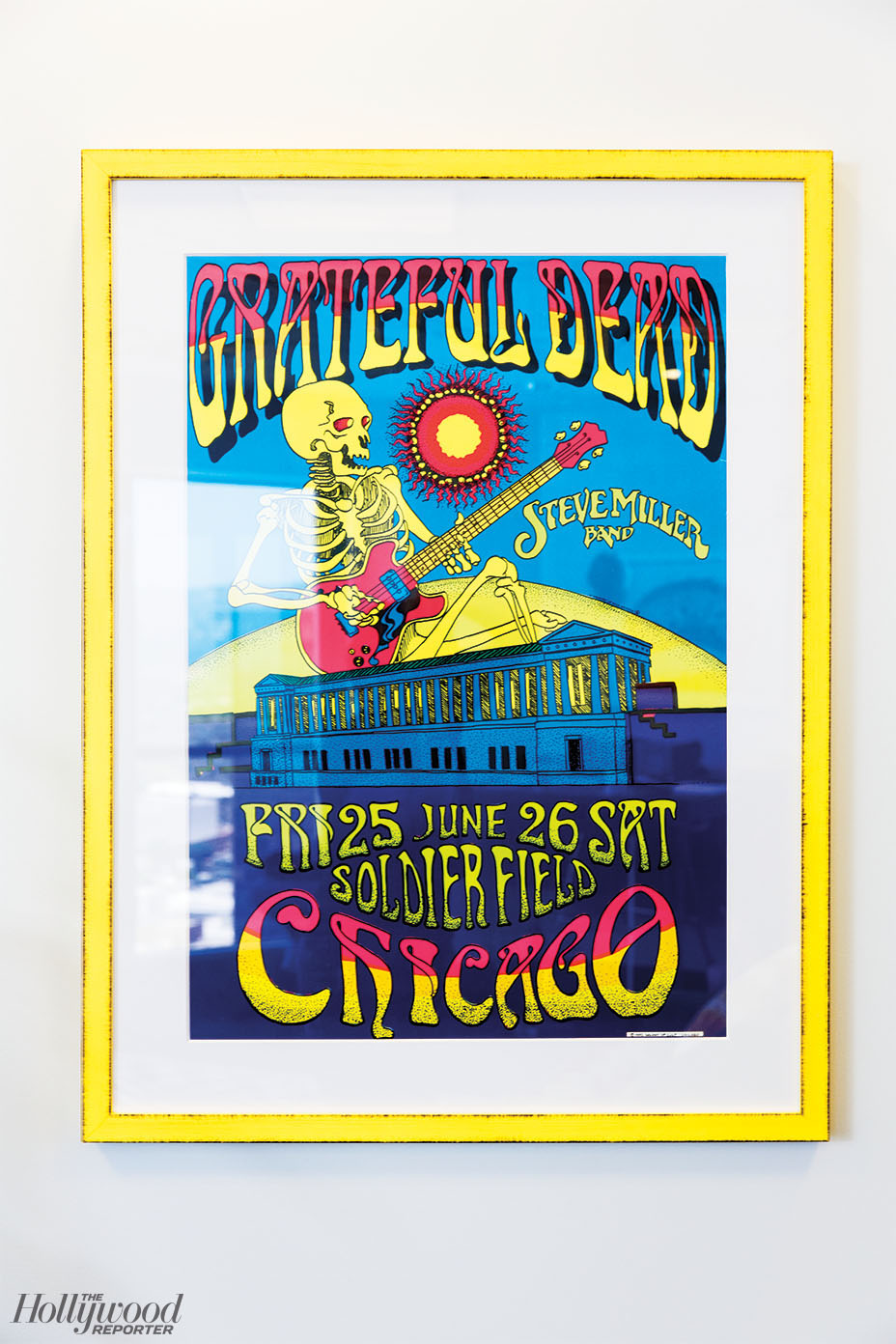 Pritzker, who lives in Chicago with husband Michael Pucker, an attorney, maintains offices there and in Century City, where she oversees a staff of 19. The mother of three grown kids spoke to THR at her L.A. base on June 27.

When things don’t work, like Mortdecai and Ender’s Game, what do you take away from it?

They sting a lot. They hurt, they’re painful. The reality of this business is it’s extremely mercurial and you don’t have control over most pieces — release patterns, a lot of those pieces. If you’re a deeply controlling person, you’re going to be incredibly frustrated. There’s a lot of reflection after each film. This isn’t a business for the faint of heart.

Has that made you more cautious about how much money you’ll invest in a project?

I’m always cautious. We take risks, but we take smart risks. Frankly, the finance structure of Ender’s Game wasn’t as bad as you may think. We lay off plenty of risk. I’m not more cautious, but if you don’t learn from [mistakes], you’re kind of an idiot.

You’re an investor and on the board of STX. How are they doing?

They’ve got an incredible, robust future ahead of them, and I’m very excited about the movies we’re looking at. If anyone goes into releasing movies thinking in your first two years [you’ll] have more hits than misses, you’re in the wrong business. 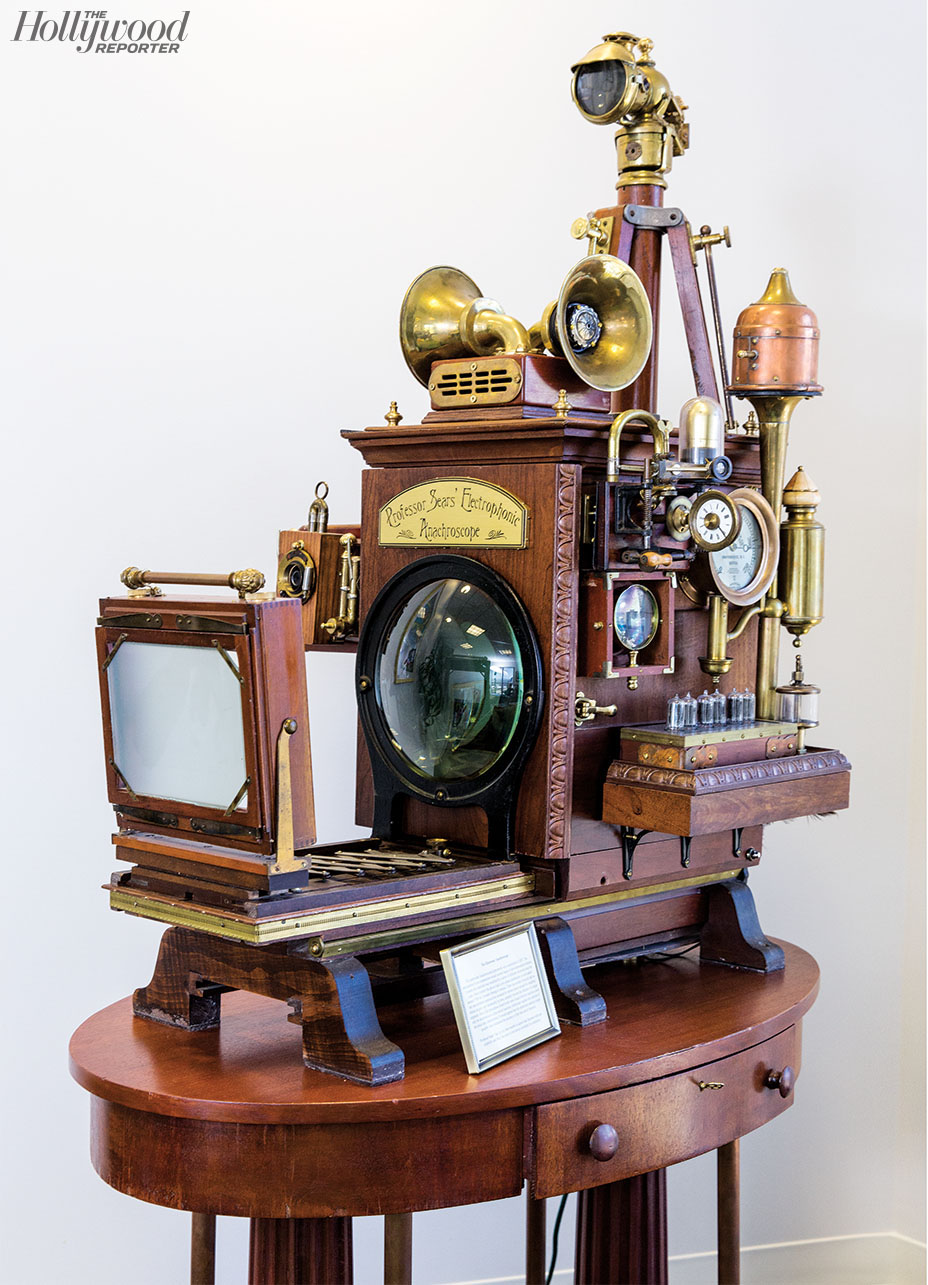 You produced Gillian Robespierre’s Landline and Rebecca Miller’s She Came to Me. Do you feel a need to help female filmmakers?

This may be sacrilege, but no, I don’t. It’s just really fun when you find female filmmakers to work with. We speak a language, just like guys do, that is different. But for me, it’s about talented people doing good work. The goal is that we should all have opportunity.

Has it been harder for you as a woman producer-financier?

No question. It’s the little stuff: the way people bond, “belonging to the club,” “going to the game.” Certainly, when I started in the ’80s, it was all guys. Guys mentor each other more naturally than women do. I never had a mentor. It would have been really helpful. But because I grew up in a male-dominated family, I never thought about it. I just knew that, like in my own family, I was going to have to put my head down and push hard to get what I wanted.

Is it harder to make a movie today than a few years ago?

Much harder. Yet oddly, there’s a ton of money in the industry. The way television has evolved has really changed the landscape for film. Films have to be better, frankly. Films used to think they competed with each other; now you compete with everything.

For indie films like Landline, how important is box-office success?

There is a measure of success that we expect from all of our films financially. But there are also other measures that are important, as far as being able to give filmmakers opportunity and the critical reception. But the first is commerce because that’s the business we’re in.

Amazon bought Landline at Sundance. How do you feel about these new digital companies entering the market?

I am thrilled with how supportive Amazon has been about the theatrical piece of it, because for filmmakers that’s still really important. I’d jump at the chance to work with Netflix or Hulu. We are about getting the stories told by the people who want to tell the stories. 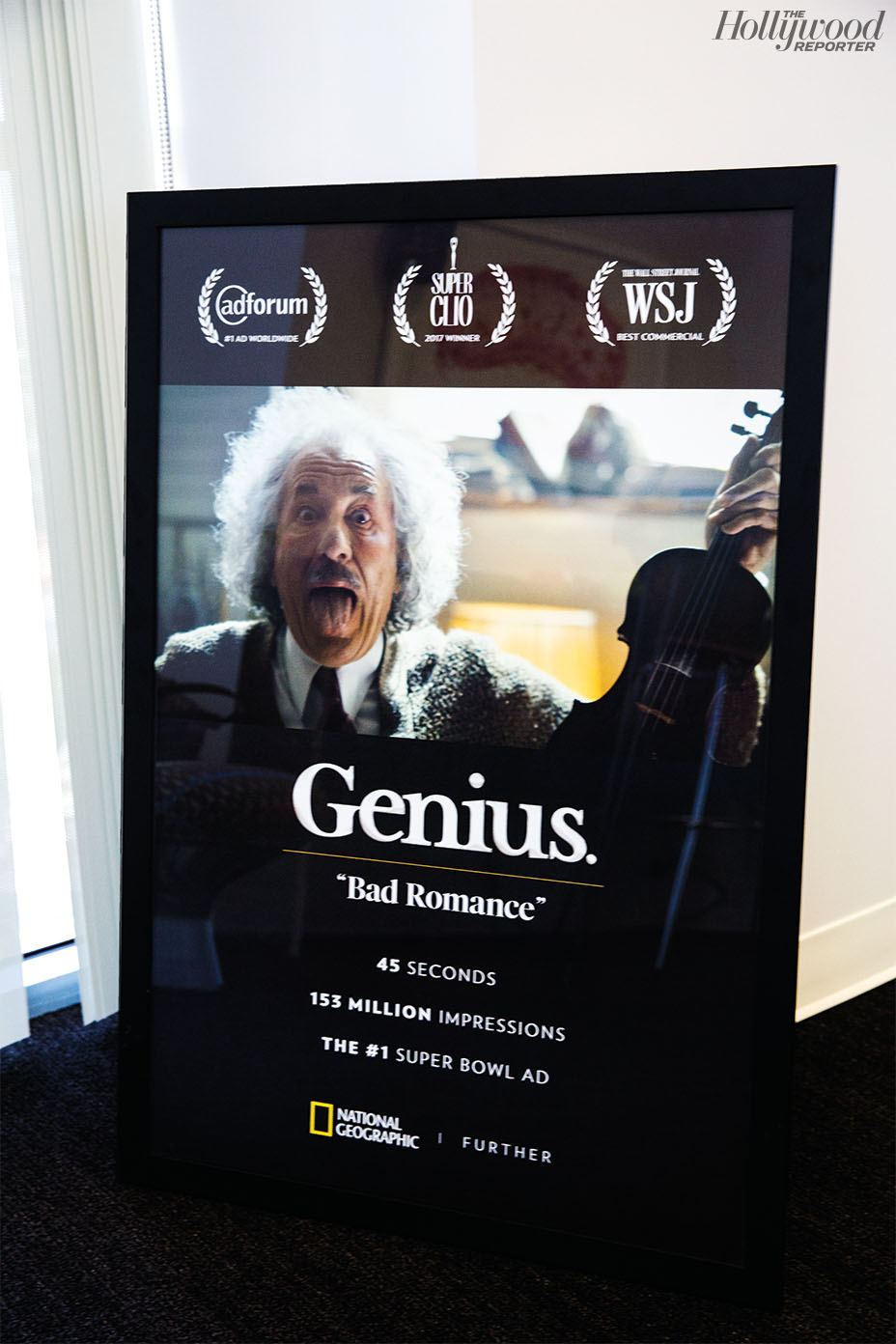 What has it been like to step into the VR space, which the industry is still trying to figure out?

I’m not from a technology background, and as a company [we’re] trying to learn, taking measured steps. We have a determined focus on emerging talent: We want to bring in young directors who are native to VR, as well as talent like Favreau. Our deal with Sony gives us the opportunity to work with known IP and a studio that has great relationships around the world, so that we can see together: Where does this stuff play? How does it play in China versus the Middle East? Because anyone who says they know — nobody knows. 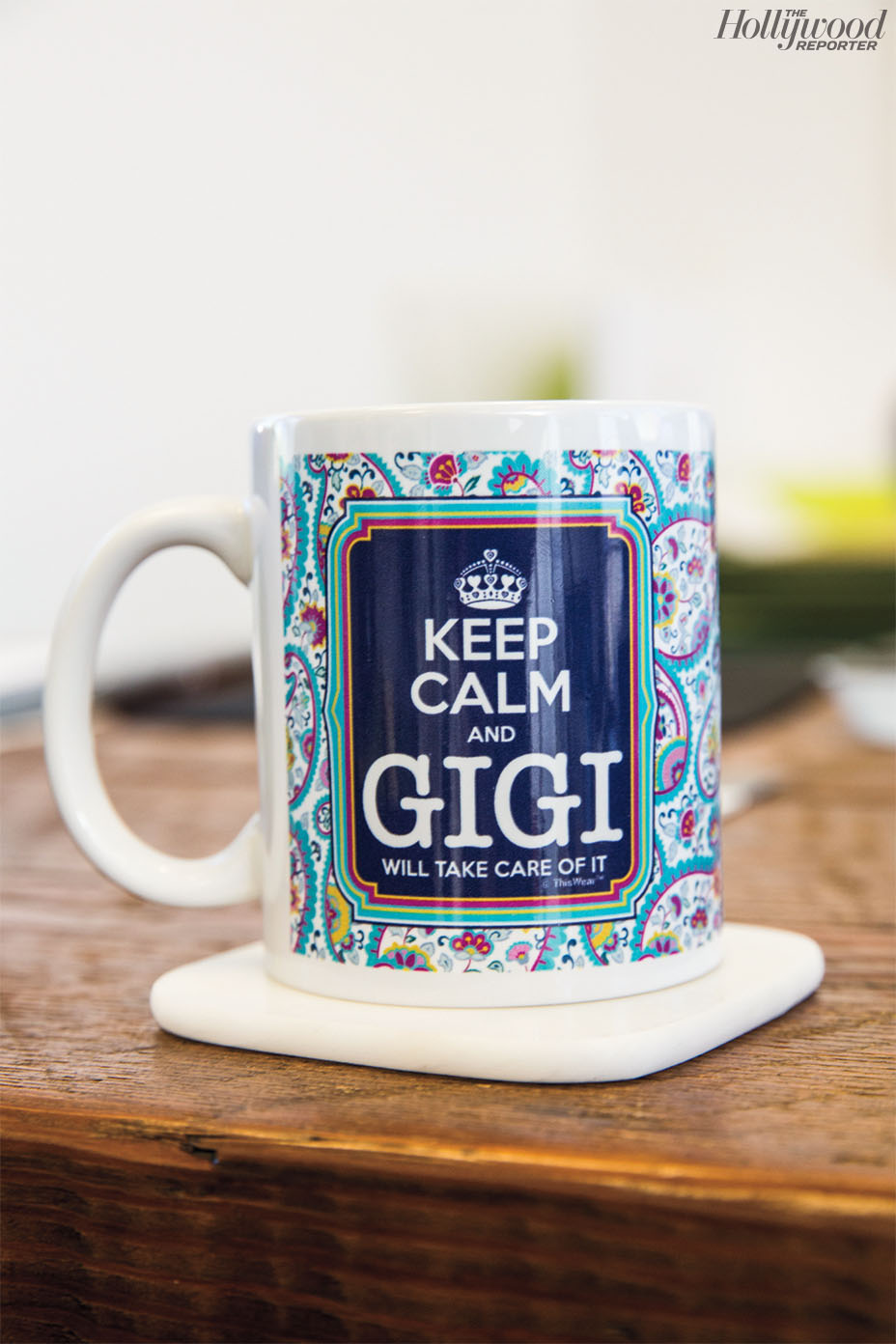 When you sign on to something, how important is your credit — producer vs. executive producer?

I am very particular about when I will take a producer credit. For example, on Draft Day [in 2014] my deal was as a producer, but by the time the process [was over], I didn’t produce; I executive produced.

Some financier-producers complain that the Producers Guild doesn’t give them enough credit. Agree?

Yes, but it’s changing. Early on, there was a bias against financier-producers, and I understand, because it’s a tricky thing. There are some people who don’t have the self-policing gene; they just want that credit.

Is there a project you wish you had worked on?

Who on the planet doesn’t wish they’d figured out to do Hamilton? 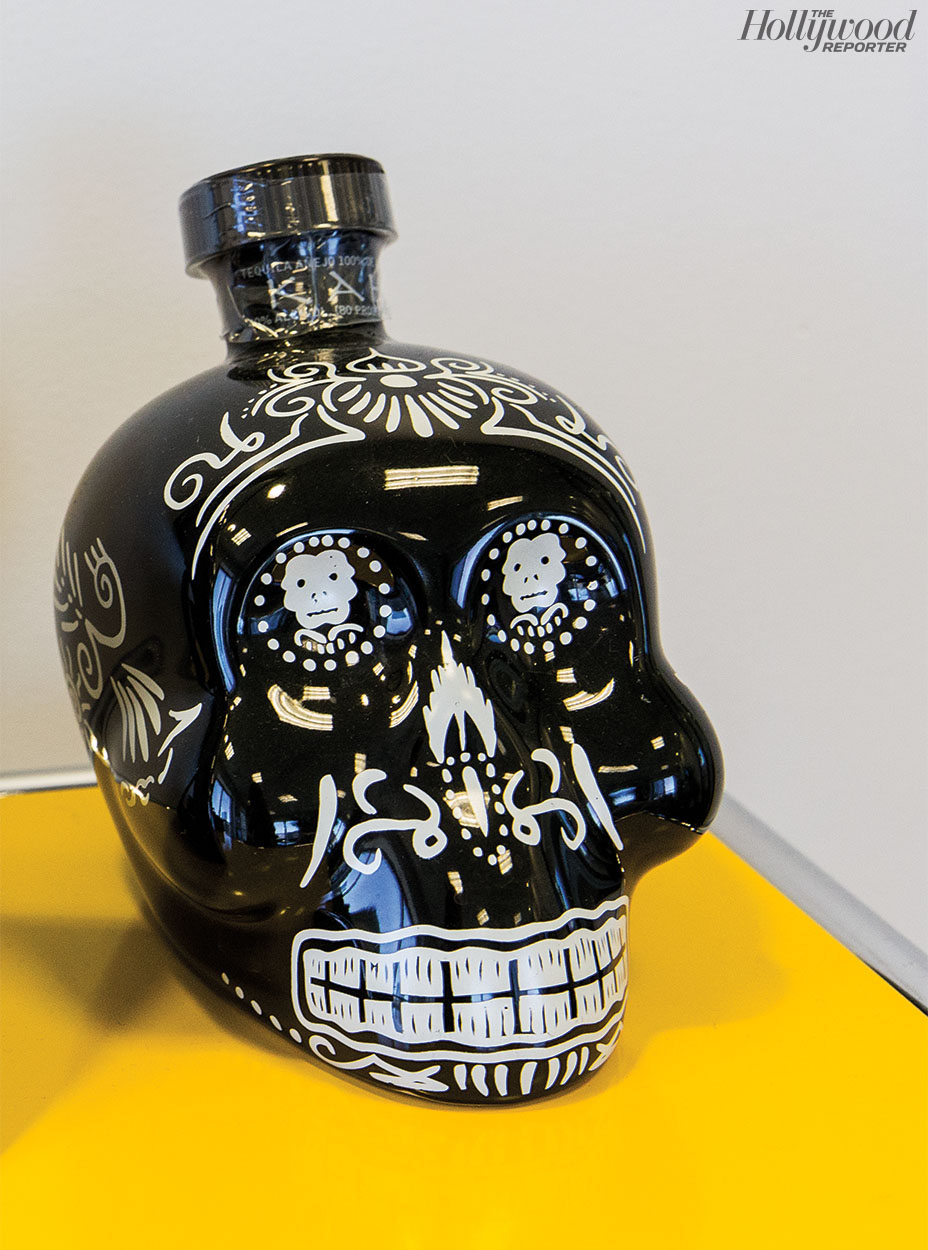 Do you have downtime?

In my car blasting tunes. But if I really get downtime, it’s the mountains. That’s therapy.

What frustrates you about the business today?