But it’s not just Hollywood that’s invading the Great White North — more and more producers from around the world are setting up shop in Ontario. The Hollywood Reporter looks at five international projects that have made the most of what the province has to offer.

Hamilton doubles for Sweden in the Ethan Hawke thriller Stockholm

When audiences eventually see Ethan Hawke and Noomi Rapace in Stockholm, a film about Sweden’s real-life bank robbery that gave us the term “Stockholm syndrome,” they’ll behold a bank re-created in a restored train station in Hamilton, Ontario. “My first thought was, ‘How do we capture 1973 Sweden in Canada? It’s not a natural fit,'” Stockholm co-producer Nicholas Tabarrok tells THR.

Can Japan Transform Itself Into an International Shooting Destination?

During the infamous holdup in the Sveriges Kreditbank, two young women sided with their captors against the police when they were taken hostage. “The film is very interior-shot,” says Tabarrok. “We have this fantastic train station, Liuna Station, which no longer works but is a rental hall for events. It’s a wonderful stand-in for a bank. It’s the right era, has the right look — marble-floored open areas, double-height ceilings and skylights. The bones are gorgeous. It has weight, majesty and dignity. The additions are few: a bank counter and a fake staircase that leads to nowhere.”

The setting wasn’t the only benefit for the production. Stockholm received financial support from Telefilm Canada, the OMDC Feature Film Fund, the Harold Greenberg Fund (for scripts and polishing), an Ontario film tax credit (with a regional bonus) and a federal film tax credit.

Multicultural Toronto proved to be the ideal backdrop for The Breadwinner, an animated film set in Afghanistan

When Angelina Jolie helped bring Ontario author Deborah Lewis’ YA novel The Breadwinner to the big screen by signing on as an executive producer of the Canada-Ireland-Luxembourg co-production, Toronto producers Anthony Leo and Andrew Rosen of Aircraft Pictures had to overcome a hurdle: They didn’t have an animation studio to craft the story about an 11-year-old girl living under the Taliban regime in Afghanistan in 2001.

“The most perfect scenario would have been an Afghan animation studio,” Leo tells THR. But no Afghan studio exists at the moment, so Aircraft turned to Ireland’s Cartoon Saloon, led by Nora Twomey, who co-directed the Oscar-nominated The Secret of Kells, and Luxembourg’s Melusine Productions. “We used Cartoon Saloon as ground command for the animation’s workflow, working out what portion would be done in Luxembourg and what part in Toronto. We kept it all centralized, which is not always easy when you have five animation studios co-producing together and you have to split up the work in a way that makes it organic and not laborious. All the voices were recorded in Canada for a North American sound, and the musical score was done here as well.”

Cannes: IndoChina Head Talks 'A Prayer Before Dawn' and Shooting in Southeast Asia

Complicating Breadwinner‘s creative process was the fact that the Taliban barred virtually all video and photography during their Afghan reign. There’s little, if any, record of the film’s setting: Kabul in 2001. No problem, says Rosen. “With Toronto and Canada being so multicultural, we had access to a lot of Afghan-born cultural consultants who worked with us to make the film as authentic as possible,” he recalls. 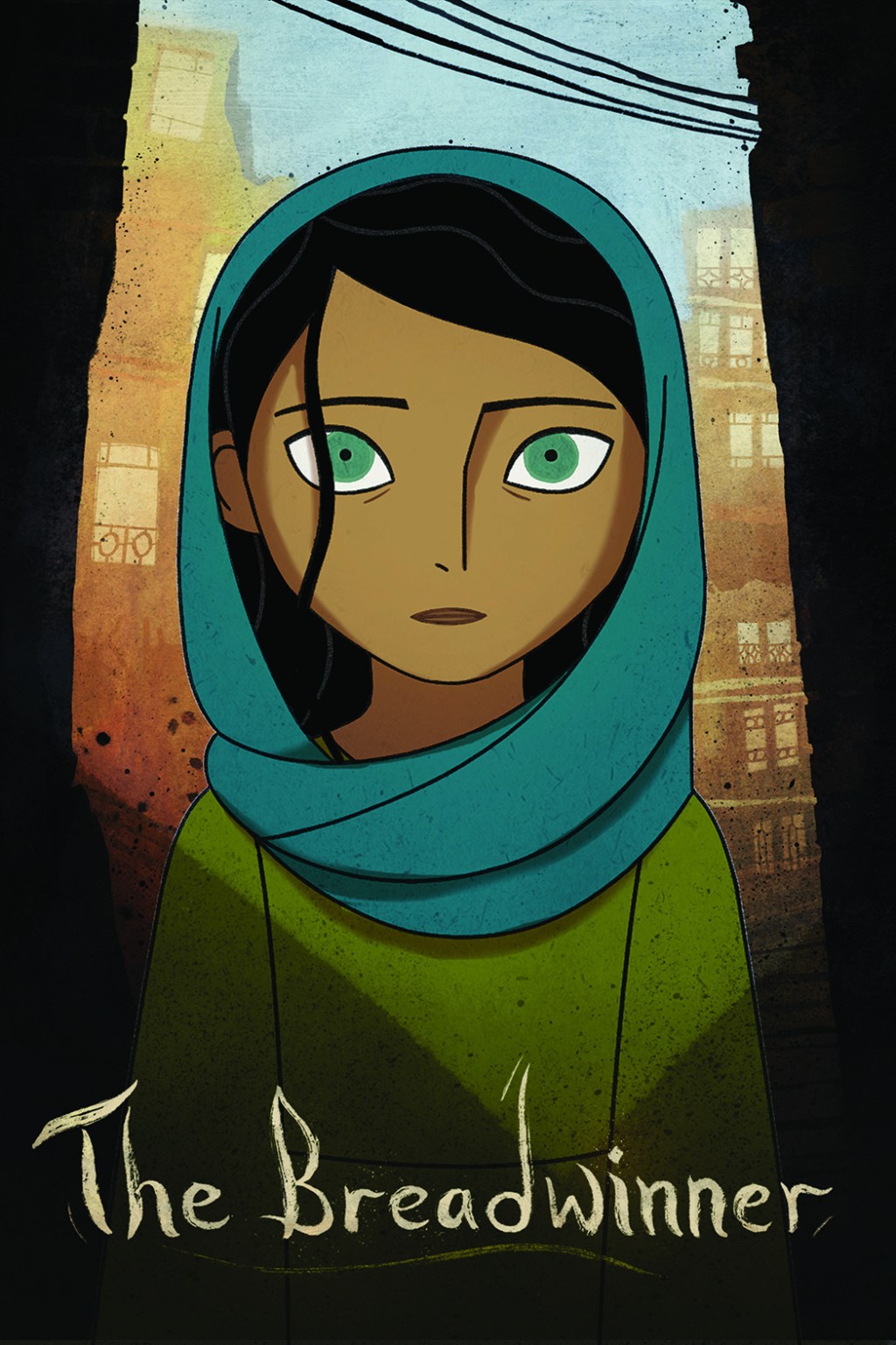 Long before Film Farm co-founder Jennifer Weiss fell in love with the script for director Sook-Yin Lee’s spooky Octavio Is Dead, she and partner Simone Urdl made a name for themselves producing indie films for Brian De Palma, Sarah Polley and Atom Egoyan.

But when financing for Lee’s mystery, set in Spain, collapsed because of an economic crash in that country, and replacement Mexican financing failed to receive government approval, Weiss had to get creative. Suddenly, the Sarah Gadon, Rosanna Arquette and Raoul Trujillo film, about a young woman escaping her domineering mother to enter the occult world of her deceased father, found a location closer to home: Octavio Is Dead was shot an hour up the road from Toronto in the towns of Hamilton and Dundas.

“We changed the location and made the story less about where it happened, the politics of that place,” says Weiss. “It’s now set in the big city. Hamilton has the architecture, so you can make it beautiful and foreign and impressionistic and unusual in a way you won’t get if you shoot in Toronto or many other places. There’s industry there that can make it feel otherworldly. And there are so many different looks. There are the fancy areas, the industrial and working-class areas, and the new and old town. It’s a great place to shoot.”

Turning Toronto into L.A. for the rom-com Paper Year

It’s all about Eve. The Knick star Eve Hewson’s lead role in the Toronto-shot Paper Year aims to help the young actress expand into comedy, not to mention stand out from dad Bono of U2. The film, from writer-director Rebecca Addelman, also stars Avan Jogia. The plot involves two newlyweds, Franny and Dan, who face obstacles that reveal cracks in their relationship.

The Canadian independent film features Toronto doubling as Los Angeles. “We were able to find a lot of locations in Ontario and get away with a lot,” says co-producer Jennifer Shin. “We shot the interior scenes [in Toronto] and spent three days in L.A. to shoot exteriors and sell some big moments, like living in a mansion and being on a studio lot, which we were able to capture at Fox Studios. So we were able to capture everything we needed to sell the shot being set in L.A. while shooting in Ontario.” 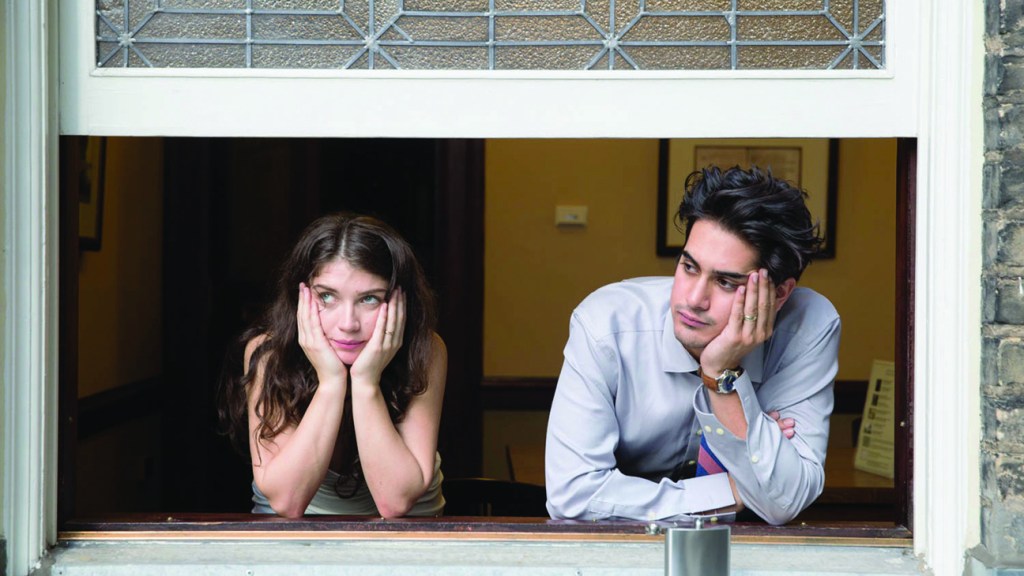 Need guidance to navigate subsidies and secure financing? Ontario is here to help

Assisting local producers with everything from financing to scouting locations is the goal of the Ontario Media Development Corp., which provides tax credits and film funding. That support is key as Ontario producers pursue stars and distribution deals to get their movies into the global market.

“In the ever-evolving world of indie feature film production, OMDC is proud to have a key role in bringing successful, innovative and award-winning productions to audiences across Canada and around the world,” says Erin Creasy, OMDC manager of industry initiatives. “From location services to development and production financing to tax incentives, OMDC touches myriad Canadian films and international co-productions as they come to life.”

This includes packaging local scripts as international co-productions and allowing Ontario and partnering foreign producers to share the risk, tax breaks and subsidies on offer to multi-passport movies. The OMDC even provides script notes.

Riot Girls producer Lauren Grant says the genre film, which will be helmed by up-and-coming horror director and Toronto native Jovanka Vuckovic, “received support to polish and package our script. [OMDC] offers notes — not extensive ones — on your edit. They’re very collaborative.” The notes must have helped: While the project will be financed primarily in Ontario, American financing is in the cards after XYZ nabbed the U.S. rights, and a host of Hollywood talent is being considered for lead roles.