Lots of 67-year-old men have back issues — about 80 percent of them, in fact — but when Harvey Weinstein used a walker to enter a Manhattan courtroom for his bail hearing on December 11 it sparked pervasive speculation that he was faking it.

“This shows everything is going to be under a microscope,” former prosecutor Laurie Levenson says of Weinstein’s upcoming sexual assault trial. “The very nature of this crime raises questions about whether anything he says or does will be believed.”

Weinstein’s lawyer, Donna Rotunno, tells The Hollywood Reporter that his health has been deteriorating since an August car crash. “As the pain got worse and the various different courses of treatment failed to remedy the problem, he began to rely on a cane and a walker,” she says. “Friday [December 6], he did not want to appear in court using the assistance of those, for fear of exactly what some media turned it into, so we told him to just use the walker on Wednesday.”

Rotunno adds that Weinstein hoped the spinal decompression surgery he had on December 12 would end the discussion — but hours after the procedure Page Six still published photos of the producer at Target with the headline: “Harvey Weinstein spotted without his walker: Is he only using one for sympathy?”

His reps tell THR the photos were taken more than two months ago, and Weinstein on Friday gave the paper an interview from his hospital room in an effort to squash its skepticism.

The interview, headlined “Harvey Weinstein: I deserve pat on back when it comes to women,” marked the embattled mogul’s first in more than a year. He specifically noted of his surgery, “This was a major operation.” (In response to the interview, 23 women who have accused the mogul of sexual misconduct released a joint statement that read, in part: “Harvey Weinstein is trying to gaslight society again.”)

Levenson, currently a Loyola Law professor, won’t speculate on Weinstein’s health (“I’m not a doctor”), but did say it’s not unheard of for a defendant to use a physical ailment to garner leniency and compassion. She recalls a street crime case in which a man used a wheelchair daily in court — up until the not guilty verdict was read — and says, “This happens every day.”

Meanwhile, defense lawyer Shawn Holley, whose clients have included O.J. Simpson, says she’s never had a client fake an injury for sympathy. “I can’t imagine that such a thing would work, particularly in a case with allegations as serious as those in Mr. Weinstein’s case,” she says. “Also, the negative effect of such a ruse being discovered would substantially outweigh whatever very slight advantage might possibly exist by it ‘working.’”

Hollywood defense lawyer Mark Geragos says people, and prosecutors especially, tend to take a cynical view on such things. His perspective, though, is colored by having seen the enormous physical toll caused by a famous person’s “fall from grace” after being charged with a crime. Says Geragos, “They tend to disintegrate when they’re put through this meat grinder, guilt or innocence aside.”

Levenson agrees, “It’s not totally unexpected that somebody looks their worst then they’re coming in for their criminal trial.”

The latest media frenzy could serve as a litmus test for Weinstein’s legal team in jury selection. “If someone has a jaundiced eye towards his ailment, that tells you what their predisposition is,” says Geragos. “It’s almost a tell. What you want is a juror who’s going to say ‘yeah I saw it, and now I’m looking at him in a courtroom and I’ll be the judge for myself.'”

In the next few weeks Geragos says Weinstein should be concentrating on physical therapy, his diet and taking care of himself. “He’s about to go through a hellacious experience, and he needs to be as physically strong as he can be,” he says, adding that it’s important Weinstein is alert and participating in his defense. “You can never know everything the defendant knows.”

Says Rotunno, “I can assure you that we are extremely confident on the merits, and that is the only strategy we need.” 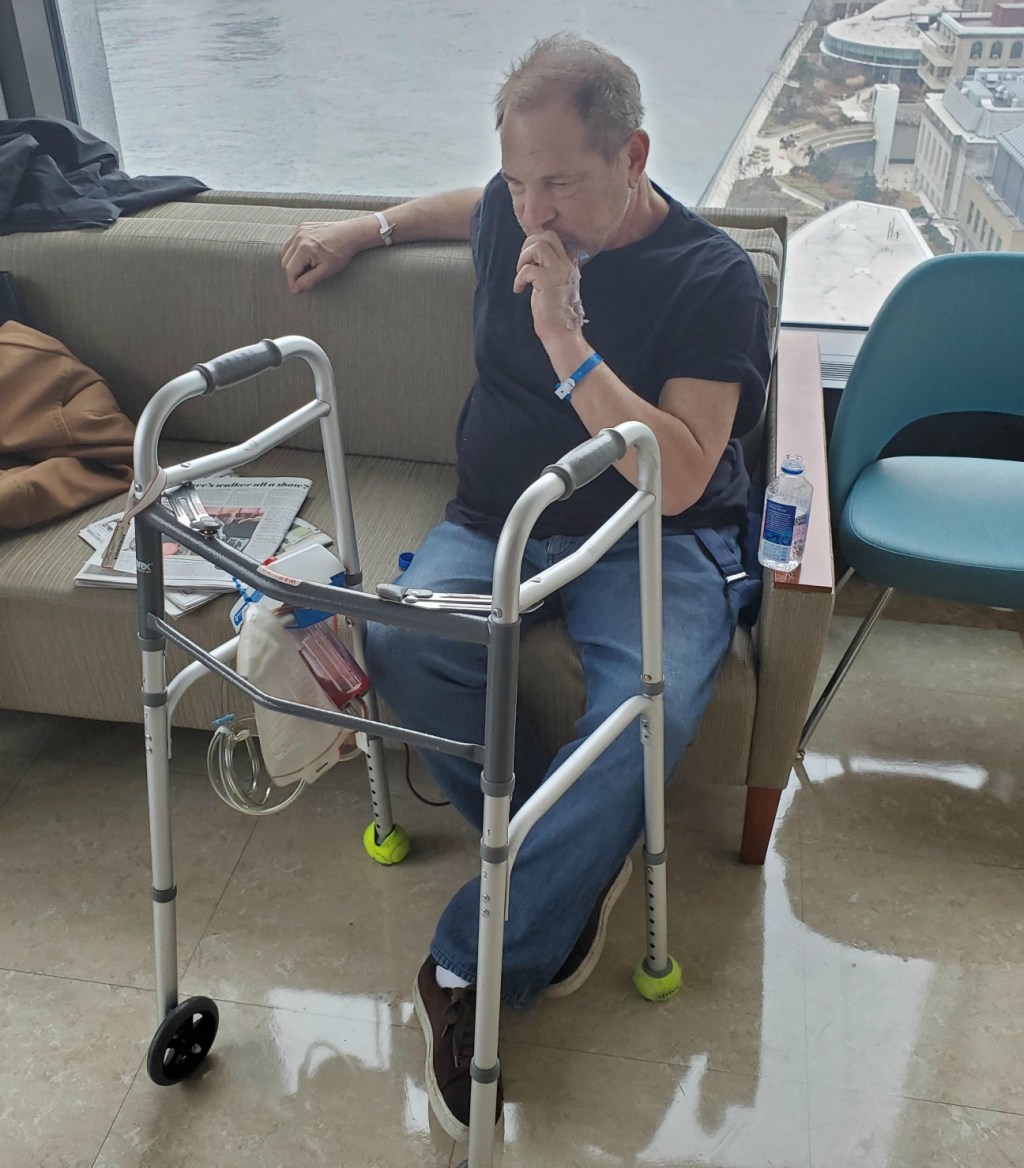