After a breathtaking number of women (84 and counting) have spoken loudly and powerfully in recent weeks to accuse Harvey Weinstein of sexual misconduct, the producer’s empire almost undoubtedly will crumble. But how? To paraphrase Robert Frost, some say it will end in fire. Some say in ice. A fiery conclusion means prison sentences, a harried sale of assets and restitution for victims. But even if The Weinstein Co. and those associated with it avoid those fates, they still confront a war between brothers that will have nearly everyone in Hollywood freezing them out.

“I’ve never seen anything like this,” says Larry Hutcher, co-managing partner at Davidoff Hutcher & Citron, who has decades of experience dealing with intracorporate issues. Harvey Weinstein’s legal future is a messy endeavor, touching on many different areas of law that soon will intertwine.

Already, The Weinstein Co. has been hit with a $5 million negligence claim from actress Dominique Huett in Los Angeles. Another $4 million suit in Canada — from an anonymous actress — asserts infliction of emotional distress by Harvey Weinstein, one of his assistants and The Weinstein Co. (and also targets Disney, which once owned Miramax). On Tuesday, an anonymous actress also sued in Los Angeles over an alleged rape in 2016. More suits are almost certainly in the works. That said, there are roadblocks.

For starters, while the evidence presented in the explosive exposés about Weinstein suggests that The Weinstein Co. board members may have known something about what he was up to, to prove negligence, these lawsuits will have to uncover a lot more (for example, that Weinstein’s acts were foreseeable and that the board’s failure to act actually caused the injuries). With legal shields ranging from statutes of limitations to the exercise of business judgment, these plaintiffs will have to find evidence that the board had specific knowledge of Weinstein’s conduct or at least ignored the red flags.

For his part, longtime Weinstein Co. attorney Bert Fields says he and others were pretty much unaware. He adds that only late in the game did he hear about claims to the effect of Weinstein rewarding actresses who paid him with sexual favors. He calls those past misconduct claims “pretty much standard ones you get in the motion picture business,” but now that he’s read the recent reports about what Weinstein has been up to, agrees this situation isn’t standard. Had he known more, he says, “My inclination would have been to fire him as a client.” (Fields says he once fired Donald Trump for behavior that was “absolutely disgusting and morally depraved.”)

Even if one doesn’t believe Fields, the other factor at play is that many of these lawsuits could be paused for bankruptcy or criminal proceedings. If TWC files for Chapter 11 protection, an automatic stay on domestic litigation would occur. If Weinstein is indicted criminally, he might assert his Fifth Amendment rights and argue that proceeding with these civil cases would prejudice a jury against him. (That’s how Bill Cosby put several civil lawsuits against him on hold.)

An arbitration already is underway in which Harvey Weinstein claims his firing was improper, pitting him against the TWC board and, thus, his brother, Bob. He also has sued the company in Delaware for access to emails and other personal records. In the court papers, filed by attorney Patty Glaser, Weinstein hints at bringing more claims, including an action targeting board members for leaking confidential information to the media as well as a claim for mismanagement through a “knee-jerk pursuit of a fire sale … all before completing a thorough investigation to discern exactly what did or did not occur.” The suit threatens to be disruptive as the debt-ridden company continues to hunt for cash and explores a sale.

According to those knowledgeable, TWC already has hired two law firms and other consultants to map out a restructuring and even prepare for a Chapter 11 filing. Fields says he doesn’t anticipate that and insists the company has enough “valuable assets” to raise the needed funds. Hutcher says the wisest course could be to sell off rights to various film and TV projects. However, rights might be tied up by those who previously loaned the company hundreds of millions of dollars, and even if there are enough goodies to hawk, TWC will be in court shortly looking to stave off an asset freeze demanded by Steve Bannon’s former company, Genius Products, which is worried about collecting on a pending $130 million fraud claim. 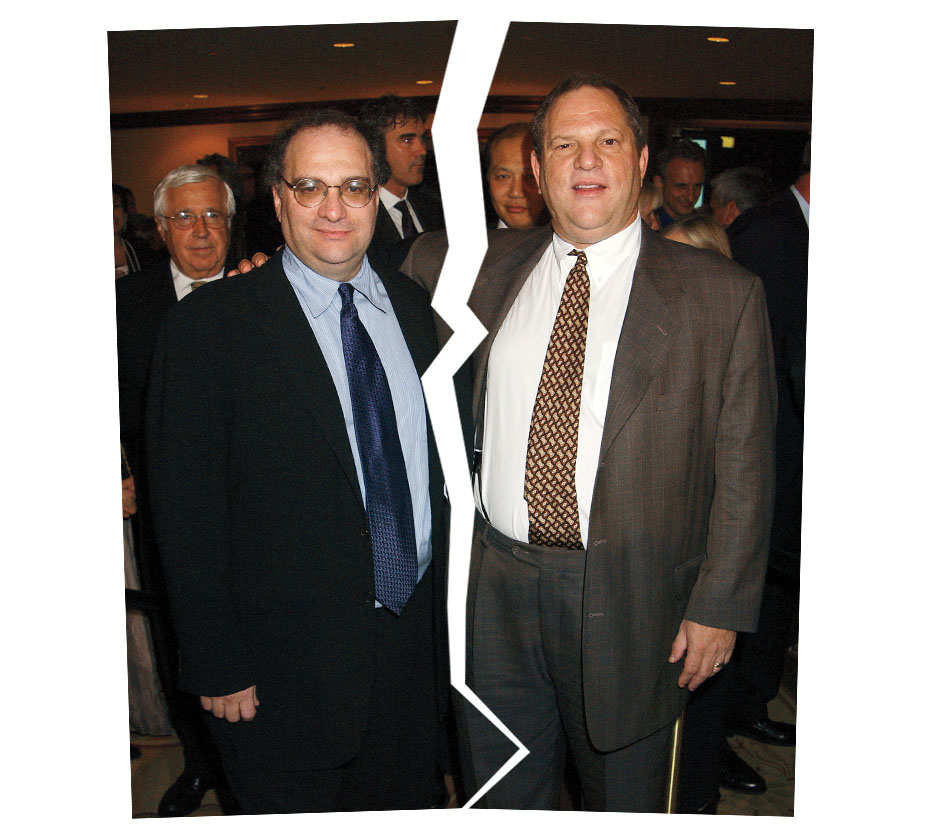 An entity like Lionsgate or MGM could attempt to acquire the bulk of the distressed company, but if that happens, the financial savior might insist that the acquisition be completed in conjunction with a bankruptcy filing or want a court order that the debt-ridden company’s assets are being purchased free and clear of liens. And if a buyer doesn’t come, The Weinstein Co. could be forced into involuntary bankruptcy by a creditor.

While bankruptcy offers protection, it can also be a minefield. First of all, creditors are given tremendous leeway to investigate possible misconduct. The potential number of creditors here is massive — not only female accusers and investors but a host of directors and actors who are owed residual payments for work on movies and TV shows. According to bankruptcy attorney Robert Marticello, one or many of those creditors could push the court to authorize a trustee, and should that happen, both Harvey and Bob Weinstein could find themselves facing a broad investigation into past dishonesty and incompetence. “The trustee essentially becomes the CEO,” he says. “There is a rule in bankruptcy that any and all information related to the financial condition is open to inspection. It’s literally written to be a fishing expedition.” But there may be no choice. “The upside is a stay of all pending litigation. At least it gives you a breathing spell.”

How (and Where) Harvey Weinstein Might Go to Jail

So how are the Weinsteins defending against all of this? Those in Harvey’s camp claim — perhaps with a degree of false naivete — to be befuddled as to why TWC won’t immediately hand over his emails. These insiders believe they’ll eventually get them anyway (through discovery) and are especially wounded by and suspicious of Bob’s camp leaking those very emails to Ronan Farrow and other reporters. Sources close to Harvey say those emails are needed to show that some of his accusers may have enticed him and maybe even thanked him for wonderful liaisons. That sort of strategy will hardly win over detractors — others, like Bill O’Reilly, who have been accused of misdeeds, haven’t swayed opinion by promulgating selfies and thank-you notes from their alleged victims — but it’s at least an attempt to sow doubt in the minds of prosecutors contemplating criminal charges.

The emails also might be used to show complicity on the part of Harvey’s colleagues. His legal team openly acknowledges that’s one of the reasons why these records are needed. It also might best explain why TWC is reluctant to share them. “The Weinstein Co.’s survival instincts are to distance themselves as much as possible [from Harvey],” says trial lawyer Jay Holland, “to present him as a lone wolf. From the perspective of Harvey Weinstein, he wants to pull them in as much as possible. He wants civil and criminal liability to land on their laps and have them share the costs of defending everything.”

By whatever means, the Weinstein empire is crumbling before everyone’s eyes — and the only question is the extent of the fallout. What we now are seeing, says Holland, “is the last gasps of a shootout. The brothers have virtually assured their mutual destruction.”

*The post has been updated to clarify comments from Bert Fields.

How (and Where) Harvey Weinstein Might Go to Jail