It’s hard to think of anything that encapsulates the current moment of uncertainty in disrupted Hollywood more perfectly than the general industry confusion surrounding the role of newly appointed Warner Bros. chairman and CEO Ann Sarnoff.

It’s not that Sarnoff isn’t highly regarded by those who know her. “She is extremely well suited for something that is changing,” says Josh Sapan, CEO of AMC Networks. “She knows the studio and production world well. She has a real sense for bridging creatives. And she’s a leader.”

But few in Hollywood had heard of the 57-year-old television and consumer products veteran before the hire was announced June 24, and now that she’s been named, many industry veterans, including several with ties to Warner Bros., say they aren’t sure what her job — for years the most prestigious that the industry had to offer — will actually entail.

It’s an unsettling time, with Netflix setting the content-distribution agenda, most of Fox having just vanished into Disney’s massive maw, and talent agents and writers locked in battle. Now comes the lack of clarity about the role of the chairman of Warners as its parent, AT&T-owned WarnerMedia, seems primarily focused on building out a direct-to-consumer streaming business. Yes, premium content is still the core of WarnerMedia, but many professionals who have long known the legacy film and TV studio as one of the most stable pillars of the industry fear that it is subject after all to the effects of recent earthquakes.

After WarnerMedia CEO John Stankey tapped Bob Greenblatt for a massive job overseeing television programming operations (HBO, TNT, TBS) as well as a streaming service set to launch in spring 2020 and dubbed HBO Max, it was widely known that the studio chairmanship would go to a woman. The industry buzzed with guesses, but no one came up with Sarnoff’s name. The result, says a former top Warners executive, is that while Greenblatt clearly was Stankey’s hire, Sarnoff “feels more like a headhunter placement.” The fact that she was so lacking in talent relationships and movie experience, the exec adds, seemed to signal that “the priority is the direct-to-consumer business,” while the studio “is far less relevant or vital than it was.”

Still, while Sarnoff lacks a traditional showbiz background, she has plenty of experience on the operational side. A Harvard MBA, she joined BBC Studios Americas — the commercial arm of the British broadcaster — in 2010 after stints in management at the WNBA, Dow Jones and, perhaps most formatively, Viacom, where she spent a decade (from 1993 to 2003) rising to Nickelodeon’s executive vp consumer products and business development. At BBC Studios, she oversaw the Los Angeles studio that produces Dancing With the Stars and developed Top Gear America, the U.S. version of the popular BBC show that starred Jeremy Clarkson.

On the scripted side, Sarnoff led the team that brought iconic hit Doctor Who exclusively to BBC America and was one of the executives who greenlit Orphan Black, a brand-defining program for that network, and managed the relationship with the Emmy-winning series’ studio, Temple Street Prods. “She oversaw the L.A. production business for the BBC in all its glory and complexity,” notes her friend and former colleague Clare Reichenbach, who now runs the James Beard Foundation. “Although she doesn’t insert herself into the creative conversation, she understands it and she can act with great nuance around all of that.”

At Viacom, Sarnoff took Nickelodeon’s consumer-products unit from paltry to profitable. “There was pressure from Viacom to jack up the licensing business,” notes Herb Scannell, the former head of Nickelodeon Networks. “At the time, we had a deal with Mattel; they were threatening to drop us because we weren’t making enough money.” Sarnoff, says Scannell, embarked on a deep-dive of the licensing industry, creating a strategic plan that jointly leveraged the development and licensing teams to turbo-charge the division. “She did what she does: She studied it, she understood the timing cycles for potential partners. She didn’t overstep and demand that programming do things just for licensing.”

The company went from $140 million in licensing to about $4 billion in 10 years, according to Scannell, who is now president and CEO of Southern California Public Radio. “When I left in 2006, Nickelodeon was one of the most profitable networks in cable, with ESPN and HBO, and part of it was because we had a licensing stream of hundreds of millions of dollars,” he says. “That happened in part because Ann understood what we needed to do to get bigger and galvanized the company.”

It’s one example of what colleagues describe as Sarnoff’s talent for constituent management, which should serve her well in ego-driven Hollywood. But the executive structure set up by Stankey could present its own hurdles. Toby Emmerich, chairman of Warner Bros. Pictures Group, and Peter Roth, president and CCO of Warner Bros. Television Group, will report to Sarnoff. Like Greenblatt, she will report to Stankey. 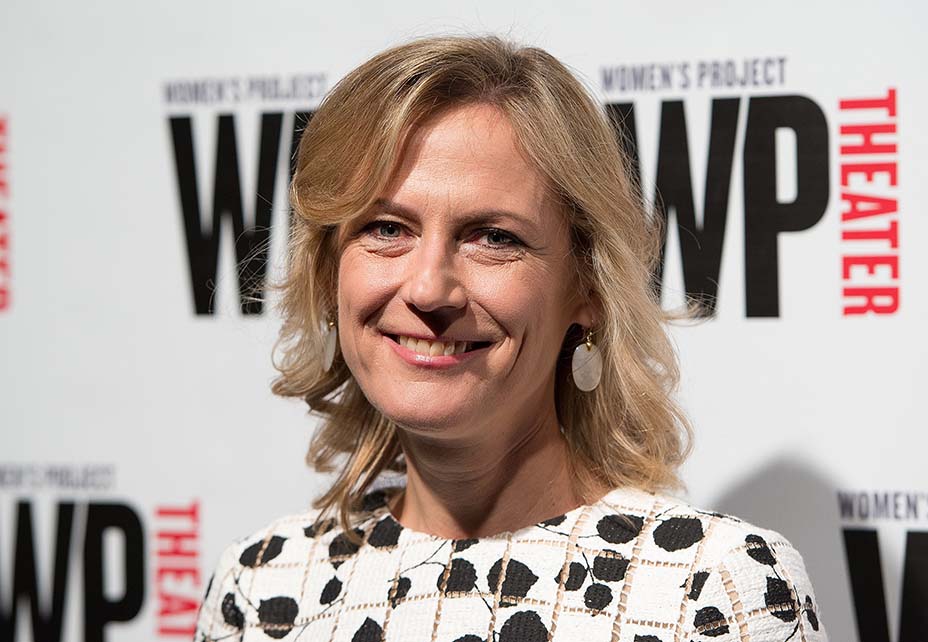 On the Warner Bros. lot, says a former high-level insider, the fear is that the TV studio will become “the key supplier to a service being run by another part of the company.” In that case, Sarnoff would be seen as in effect subordinate to Greenblatt, who, as the former programmer of NBC and Showtime, has the creative experience and talent relationships that she lacks. On July 9, Greenblatt touted the inclusion of Friends, one of the crown jewels of the Warners TV library and a key viewership driver at Netflix, as an anchor of HBO Max, along with content from TNT, TBS and The CW, which is co-owned by Warner Bros.

On the film side, some studio veterans and producers think Sarnoff’s lack of experience means Emmerich will have free rein. But others worry that with her hire, AT&T is in fact signaling limited interest in that business. An executive at a rival company laments that Warners is the only studio with the IP trove to mount some kind of challenge to Disney but predicts the film studio will be diminished and ultimately sold. Warner Bros. was “the gold standard,” this person says. “Does AT&T even know what asset they bought?”

A producer with business at the studio likewise is pessimistic. “The only way I can see [this hire] making sense from the AT&T side is if they had a five-year plan of completely folding the theatrical side,” he says. “I can see an old-school AT&T exec saying, ‘Why are we splitting half the grosses with these exhibitors?’ ”

Industry analyst Rich Greenfield thinks these fears are wildly overblown. “Warner Bros. has been one of the most successful arms dealers, selling great content to the highest bidder,” he says, citing a recent big-ticket deal for a WB-produced Sandman series at Netflix. “Funneling all the content to the direct-to-consumer [arm] would seem to blow up the whole structural success that Warner Bros. has had for decades.”

Under Sarnoff’s direction, Emmerich should be “figuring out how to make movies for direct-to-consumer services as well [as for theatrical release],” Greenfield continues. “Warners has the capacity to do more movies. Netflix is going to be buying movies from lots of people.”

But Emmerich also will have to protect his flank from the WarnerMedia streamer, which has hired Jessie Henderson, co-founder of Paul Feig’s production company, as executive vp of original films. A source says Henderson has been contacting producers in recent weeks, dangling the idea that some of the service’s original movies will play in theaters and might even get an awards push.

Brokering some kind of peace among different WarnerMedia divisions that might compete for projects and talent is a challenge that awaits Sarnoff. One producer describes a recent situation where execs at Warner Bros. Television and the WarnerMedia streaming service both pursued a project in a manner that suggested the two divisions had not been talking.

But Sarnoff has managed such tricky relationships before. During her time at BBC Studios Americas, where she has worked since 2010, she spearheaded the company’s joint ventures with competitors ITV on BritBox, the direct-to-consumer service launched in 2017, and AMC Networks on BBC America. “Partnerships are not easy,” says Sapan. “AMC has had a bountiful partnership with the BBC, and I think Ann’s at the center of that.” Adds Tim Davie, CEO of BBC Studios: “Ann was a key architect of BritBox. She realized that in today’s media world, you can’t do everything alone. She saw immediately the benefit of scale that working with ITV brought instead of just competing.”

Still, as an exec at a competitor notes, even if Sarnoff has the skills to figure out how a studio should function in the streaming era, her lack of creative experience and industry relationships are big issues: “It’s still about talent and people who work with talent and who make something out of nothing.”

Given the questions, as Sarnoff begins touring the Warner Bros. lot in Burbank in July ahead of her official start date in late August, the first woman to lead the storied company arrives with perhaps more challenges than anyone ever to fill the job. “I know we’re in this time in the industry and the world where — it’s about time — women are being given greater elevation,” adds Reichenbach. “But she has earned this.” What role she has earned, exactly, is the question.