In 2020, Hollywood agents and managers who represent female and minority filmmakers are experiencing a mostly welcome, if long delayed, phenomenon — lots and lots of incoming calls.

“I have seen an increased commitment and desire for directors and writers to have something in connection with the potential project,” says ICM literary agent Ava Greenfield, who represents Black filmmakers such as Regina King, making her directorial debut this year with the Amazon Studios Muhammad Ali film One Night in Miami, and Matthew Cherry, who sold a series based on his Oscar-winning animated short Hair Love to HBO Max in July. “If, for example, the story is centered on Black woman, there is an initial commitment from buyers to find a Black female director or writer for this project. It comes from this understanding that there has to be a connection to the material by a writer or a director.”

Studios, motivated either by a sincere desire to diversify their hiring, a sense that genuine connection to material leads to better storytelling — or the simple fear of being internet-shamed — are increasingly focusing on staffing films and TV shows about underrepresented groups with filmmakers and showrunners from those groups. Current projects that studios are hoping to populate with Black behind-the-camera talent include Marvel’s Blade movie starring Mahershala Ali, which is looking for writers, and MGM’s Sammy Davis Jr. biopic, which Lena Waithe is producing. 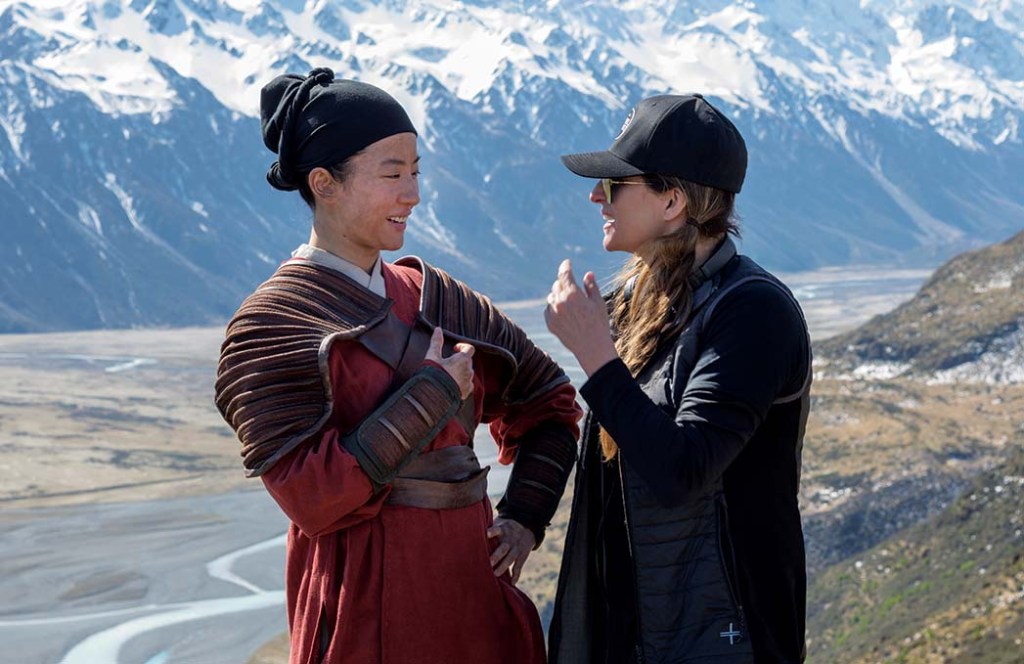 This approach represents a pivot from the way Hollywood used to do business, relying on a short list of mostly white, mostly male directors to helm a broad swath of material. As the marketplace evolves, a question agents have long asked themselves when they receive word of a new project — who should tell this story? — comes with new complexity.

“People are very aware of the optics of authenticity,” says WME agent Tanya Cohen, who represents clients including M. Night Shyamalan and Janelle Monáe. “Since the pandemic and Black Lives Matter protests, there’s been a real shift, and studios are increasingly being conscious and judicious about finding the voices to tell a story from a very authentic point of view.”

Some of that awareness has come as a result of audience or critical backlash. Just a few years ago, movies with Black leads like Fox’s 2016 best picture nominee Hidden Figures and Warner Bros.’ 2013 Jackie Robinson biopic 42 arrived in theaters with little scrutiny about their white male directors. Instead, they were mostly hailed for their inclusive casts and messages of uplift. In 2018, some critics lambasted Universal’s Green Book for white filmmaker Peter Farrelly’s reliance on racial clichés, but the movie still went on to win best picture and earn $322 million at the worldwide box office.

But when red carpet interviews at the Mulan premiere in March revealed a mostly white production team working under white female director Niki Caro, a headline on the Canadian pop culture website Flare.com read, “The live-action Mulan is already making me mad.” A writer for the British newspaper Metro noted, “I’ve loved Mulan since childhood, but the remake is too white behind the camera.”

Industry figures, too, have begun signaling their discontent when a filmmaker doesn’t seem steeped enough in a culture to direct a film about it. When news broke in September that Ron Howard would direct a biopic about Chinese concert pianist Lang Lang, The Farewell writer-director Lulu Wang tweeted her frustration. “As a classically trained pianist born in China, I believe it’s impossible to tell Lang Lang’s story without an intimate understanding of Chinese culture and the impact of the Cultural Revolution on artists and intellectuals and the effects of Western imperialism,” Wang said. “Just saying.”

Some in the talent-rep world say they worry the new expectations are limiting. “These are writers who are supposed to be able to fictionalize stories that didn’t exist from their brains, and we are curbing their ability to create,” says one representation source. And some are beginning to steer their white or male clients away from projects that may become controversial because of their attachment. “Twitter and social media are the sole fear of the studios,” says the representation source. “We don’t want to spend our clients’ time [on projects] that studios are going to shy away from.”

If white male clients are guided away from projects, that’s just fine, say some agents with diverse client lists. “For 120 years it’s been assumed that white men can direct any movie,” says one agency source. “The pendulum has swung the other way for so long. If we are now living in a period where the pendulum swings too far to the other side, so be it.”

On some recent high-profile projects where a white storyteller is presenting a film or TV show featuring a protagonist of color, creators have been careful to open up the process to a more inclusive group of collaborators. When Damon Lindelof created HBO’s Watchmen, which features King as its lead, he kept the number of white men in his writers room to four of 12. In making Soul, which introduces Pixar’s first Black lead character, a jazz musician, director and studio chief Pete Docter enlisted Black playwright Kemp Powers to join the writing team while the film was in development; Powers has a co-director credit on the film.

But some representatives say the studio inquiries are getting so targeted by demographic, they are creating a whole new problem — pigeonholing the underrepresented clients. “The push for diversity has been increasing steadily, but studios are asking much more transparently now,” says one industry source. “Now it’s, ‘Do you have any Mexican writers?’ It’s very specific where the diversity asks are coming from, and not all clients want to be thought of that way. Some people really feel rooted in telling stories about their identity, and some people want to be seen as a filmmaker regardless of their gender and race.”

Some of the incoming calls are perplexing, like the company that sent a comedy script to the agent of a Black female director whose body of work is dramatic because the comedy featured a Black female protagonist, prompting the agent to wonder whether she should be grateful for the submission or point out the obvious mismatch in sensibility.

“As they start to make this outreach, studios are finding that people of color have interest in telling all kinds of stories,” says Greenfield. “It’s not necessarily just telling stories featuring trauma onscreen. Black people are also interested in comic books, in superheroes, in interesting histories of Black people as a whole.”

If studios are overcorrecting to the point of sending any project to a demographically appropriate filmmaker regardless of that person’s creative interests, that’s a side effect of the industry’s long-standing pattern of exclusion, some agents say. The agency source notes: “It speaks to the systemic failure of our business to have nurtured more of these kinds of filmmakers that sometimes you’ll just put someone on a list because they’re Black or female.”

"Who Can Tell Whose Stories?" Is the Wrong Question Hollywood Should Be Asking (Guest Column)

Mia Galuppo and Borys Kit contributed to this report.