When Universal, Disney and Warner Bros. revealed changes to their film release plans during the past nine months, the focus had been on tentpoles. What largely hasn’t been addressed yet by these studios are the independent films, smaller titles with tiny budgets. These are films that over the years have been discovered at film festivals like Sundance, Berlin, Cannes and Toronto. Or perhaps they were financed by the nowDisney-owned Fox Searchlight or now-defunct specialty labels.

It seems reasonable to think the major studios’ push to prioritize streaming will take away significant attendance from movie theaters. If this is the case, and I believe it to be, the theaters playing indie titles will not be able to keep playing them for multiple weeks because of low admissions — that word-of-mouth model is at risk. Indies may be the first financial casualties of broken theatrical windows.

These smaller films are the same ones that are already blamed for the decline of the broadcast ratings for the Academy Awards because they do not have big red-carpet stars. I’m referring to films such as Jojo Rabbit, The Favourite, Darkest Hour, Won’t You Be My Neighbor?, Call Me by Your Name and Moonlight. These were films that premiered in a couple of theaters for an opening weekend in New York, Toronto and Los Angeles and received enough attention (and box office) to allow them to play for many weeks, gathering the attention they deserved. Then they moved into more theaters and accumulated more recognition, more awards, and more box office.

To truly appreciate my concern, allow me to first explain a few things about domestic theatrical distribution. Studio film distribution handles wide-release, big-budget, big-marketing movies differently than “indie” titles. Big films are released into 800 to 4,000 theaters at the same time in North America. Most of the marketing and advertising budget is spent prior to opening — to bolster that crucial opening weekend. Opening weekend is critical because it will be the biggest weekend financially throughout the life of the film. After opening weekend, a commercial title’s numbers will usually fall 40 percent to 70 percent weekly, depending on genre. This week-to-week box office decline continues for the duration of the film’s theatrical exhibition life.

The opposite is true in “independent” distribution. When an indie title is released, the expectation is that the opening weekend will be the smallest weekend financially. If the screen average is high enough on a limited number of screens, the film will receive attention not only from reviews, but also from potential moviegoers and other theater operators. The film, after an initial successful weekend, will then expand by adding more screens in more cities as the word-of-mouth continues. Word-of-mouth is a critical piece of the equation, because these films do not have the large marketing budgets that wide releases have.

How does all this tie together with the streaming announcements? Films such as Moonlight and Parasite played for 20-plus weeks in many key theaters. Their box office grew each week, keeping these films onscreen in cinemas. This may not be the case if studios keep pushing to accelerate to streaming. I believe the ability of an independent film to grow attendance at a theater when it is competing with the streaming outlets is simply not sustainable.

My hope is that studios, recognizing their need to protect their smaller films, will carve out features that would be severely impacted by the changing windows and allow them to have a traditional theatrical run. These smaller films are better viewed in a movie theater that creates community. Watching small films at home is not what the filmmakers intend, nor is it the best way to consume these movies. It may be too late for the big titles, because two of the three big chains in the U.S. — AMC and Cinemark — are negotiating changes to windows. But I strongly advocate preserving the small films that need to be nurtured and consumed in the best way possible, at a movie theater.

Before this year, getting any independent film made was challenging at best. Now, with new obstacles such as the need to obtain impossible-to-pay-for insurance to cover virus-related interruptions, I think indie film becomes even more fragile. I fear that this important part of our industry is being caught up in the “rush to stream,” and the demise of independent film in theaters is a real possibility. A cultural loss, to say the least. 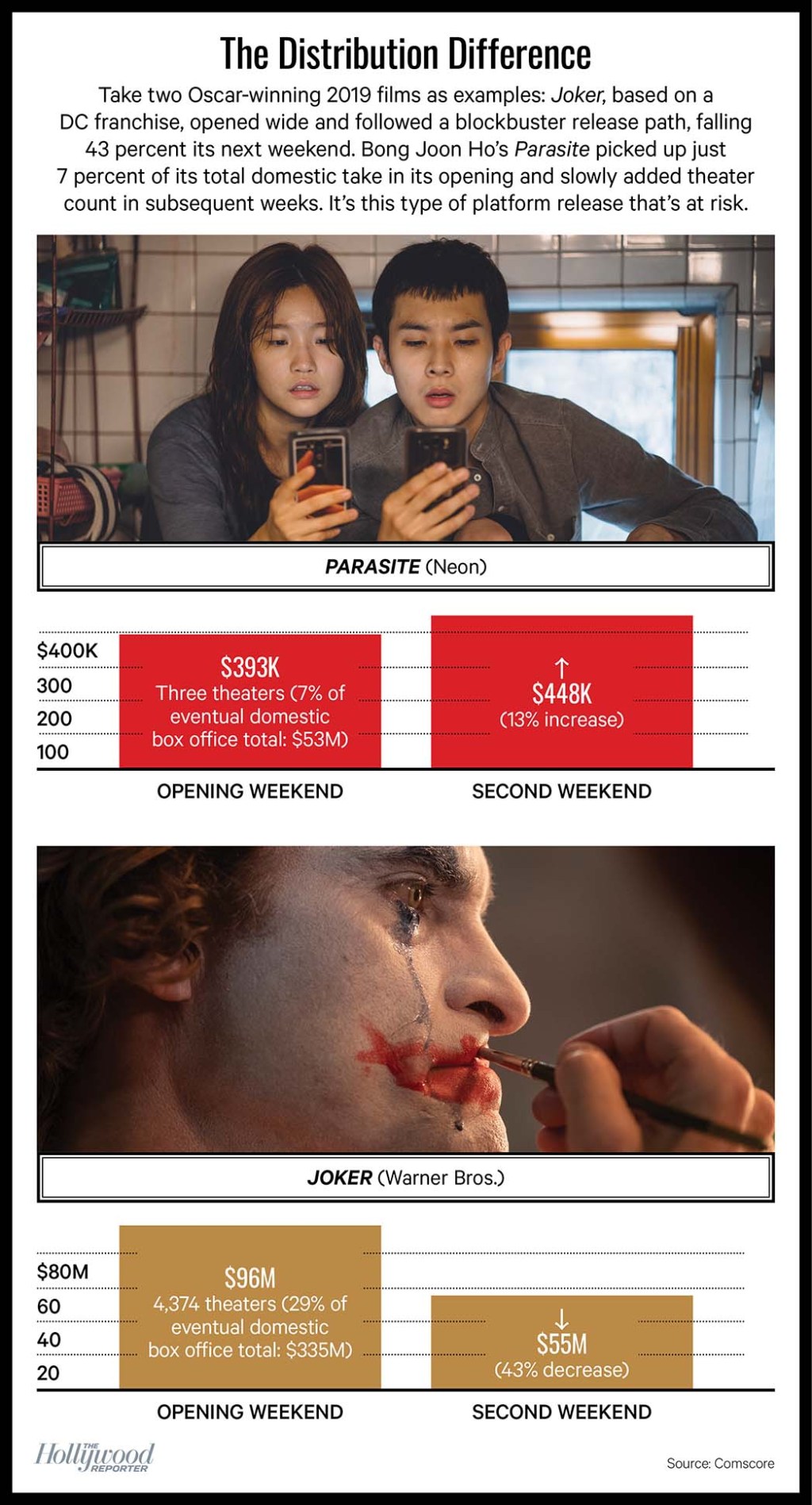 Ted Mundorff is the president and COO of ArcLight Cinemas/Pacific Theatres, and the former CEO and president of Landmark Theatres.