Continue to The Hollywood Reporter SKIP AD
You will be redirected back to your article in seconds
Skip to main content
March 11, 2020 7:00am

As Hollywood enters the streaming age, feature film producers are grappling with a new buzzword in pitch meetings: “theatricality.” Walt Disney Studios president of production Sean Bailey describes it as the kind of movie “you have to see on the big screen and you have to see now,” quoting his boss, Alan Horn. According to one veteran film producer, the phrase — and others like “commercial potency” or “theatrically urgent” — started creeping into studio suit vernacular two years ago: “It’s about what are audiences actually going to pay $15 for.”

As the parent companies of Disney, Warner Bros., Paramount Pictures and Universal Pictures launch proprietary streaming services, producers, reps and execs are wondering what exactly makes a studio streaming movie. Industry insiders tell THR the companies and their streamers seem to be far from a clear conclusion.

“The decision is binary,” says veteran entertainment attorney Ken Ziffren of why a studio would choose a title for a streaming release over theatrical. “There are many factors that go into the decision, but I think the main one is that P&A for a theatrical feature with a worldwide release would be at least $40 million more than a streaming film.”

This was likely the case when Warners decided to pull New Line’s Melissa McCarthy comedy Superintelligence from its holiday theatrical schedule and bank it for WarnerMedia’s upcoming streamer. “Having the new Melissa McCarthy movie is a big boost for HBO Max, but in theaters it would have run for a couple weeks and then [it’s] done,” says Jeff Bock, a senior analyst at Exhibitor Relations. Despite her star status, McCarthy’s latest releases for New Line disappointed at the box office. Life of the Party grossed $65 million domestically on a $30 million budget, and The Kitchen earned $12 million on a reported $38 million budget. Adds Bock, “It’s something all studio executives are very aware of right now — what is working in theaters and what isn’t.”

While HBO proper has traditionally attracted an older and more male audience, HBO Max is actively pursuing content that will target younger and more female viewers, according to several sources. Its first original feature, UNpregnant, is an adaptation of a young adult novel of the same name and stars Haley Lu Richardson and Euphoria breakout Barbie Ferreira. Additionally, HBO Max was aggressively bidding for the splashy Nicolas Cage meta comedy The Unbearable Weight of Massive Talent, in which Cage plays a version of himself as he teams with the CIA to take down a drug lord in Mexico. (The millennial-skewing project ultimately landed at Lionsgate for a theatrical release.) But the rest of HBO Max’s upcoming features slate — Steven Soderbergh comedy Let Them All Talk, starring Meryl Streep, and the Russell Simmons accuser doc On the Record — is more demographically nebulous.

“With HBO Max, everyone is trying to figure out what exactly they are and what they are looking for,” says a producer who has worked across several streaming services. The apparent lack of cohesiveness may be remedied by the recent creation of Warner Max. Launched in February, the film production label from Warner Bros. and HBO Max will be responsible for 10 direct-to-platform movies a year, with Kevin Reilly and Warner Bros. Pictures Group chairman Toby Emmerich holding greenlight power. All of HBO Max’s announced features like UNpregnant were brokered before the creation of Warner Max, with the Sundance acquisition for On the Record spearheaded by HBO Max execs from the Reilly-headed TNT and TBS, according to sources familiar with the deal.

While Warners has opted to create a silo to service its streaming platform, other studios are using existing executive infrastructure, as is the case with Peacock, set to launch April 15. The development of streaming titles for the Comcast service will be handled by the Universal Pictures production team now in place. But, as of now, Peacock’s feature offerings exclusively include library titles from Universal, Focus Features, DreamWorks Animation and Illumination. An original feature content strategy has yet to be formalized between Universal and Peacock, notes a studio source, adding that the studio will be a provider of films for its streamer in the near future.

The expanded CBS All Access also will launch without original streaming feature content. The plans for the expanded ViacomCBS platform, which will debut this year, were outlined by CEO Bob Bakish during the company’s Feb. 20 earnings call. The service will scale to include “up to 1,000 movies” from the century-old Paramount. Looming over Paramount’s future in original streaming features is the studio’s multipicture film deal with Netflix, revealed in late 2018. That announcement was light on details, with Paramount CEO Jim Gianopulos saying that the deal would comprise “a small number of titles” that has since included sequels to the popular To All the Boys I’ve Loved Before from Viacom-owned Awesomeness Films. 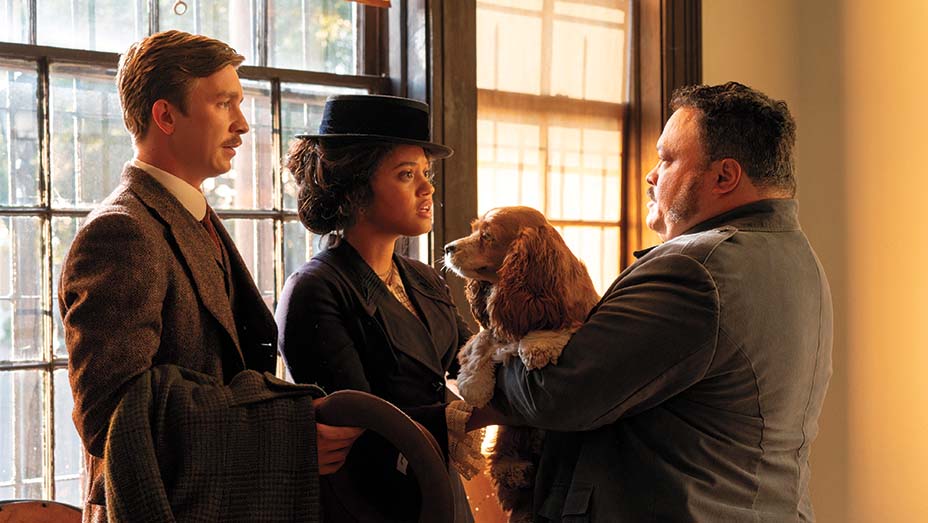 Of all the studios, Disney is the furthest along in establishing what an original streaming feature looks like. “On Disney+, we have the ability to make a range and a kind of movie that we stopped making for the theatrical marketplace,” says Bailey, listing genres that have been pulled from its theatrical rotation, including inspirational sports dramas and family comedies. In addition to the types of movies being made, the streaming service allows the studio to expand its pool of behind-the-camera talent. “We can take some shots with some up-and-coming filmmakers that may be harder to take when you are making a $150 million tentpole,” he adds, pointing to Julia Hart and Lena Khan, who are behind the upcoming Stargirl and Flora and Ulysses, respectively.

As of late, Disney’s live-action theatrical slate, outside of the Marvel and Star Wars universes, largely has consisted of adaptations of its popular animations, whereas the Disney+ movies have been mostly originals. (The last theatrical feature from Disney that was not based on well-known IP— studio or otherwise— was 2016’s Queen of Katwe.) Whether a movie from Walt Disney Pictures is headed for a multiplex or a home screen is decided in early development. Says Bailey, “We work just as hard on a Togo [a Willem Dafoe-led Disney+ adventure movie] as we do on a Mulan. And we put them through the exact same process: It’s the same team, it’s the same production methodology, and it’s the same postproduction process in terms of audience research and testing.”

In interviews ahead of the Disney+ launch, then-CEO Bob Iger said the studio was not interested in making $100 million movies for streaming. Some creatives have been told budgets should be falling in the $60 million range, while others heard nothing north of $30 million, causing confusion. “They keep moving the target,” says one production exec with ties to Disney+. For his part, Bailey says, “We haven’t been given strict boundaries or parameters, but I can tell you that we range between $15 million and very high eight figures. We can get up into the $70 million to $80 million range on some of these movies.”

Walt Disney Pictures aims to make three to five live-action streaming features annually. There are currently six Disney+ features in various stages of production, including a Home Alone reboot and Isla Fisher comedy Godmothered. These will be augmented by film content from other units like Walt Disney Animation and Disneynature. And while the studio has not traditionally acquired films out of festivals or markets, Disney did recently pick up the filmed version of Broadway show Hamilton for theatrical release for a hefty $75 million.

Disney+ heavily touted its live-action Lady and the Tramp and has since offered original features like Anna Kendrick holiday comedy Noelle. But nothing has broken out like Lucasfilm’s Baby Yoda vehicle, The Mandalorian. The series was buoyed by Star Wars IP, an impressive filmmaking team headed by Jon Favreau and a $15 million per-episode budget — but the show is indicative of an industrywide trend of studio-backed streaming services preferring original series over original films. While Bailey is quick to note that he is pleased with the performance of the streaming features, he does offer, “It is probably a deeper question about the nature of episodic versus the nature of features.” 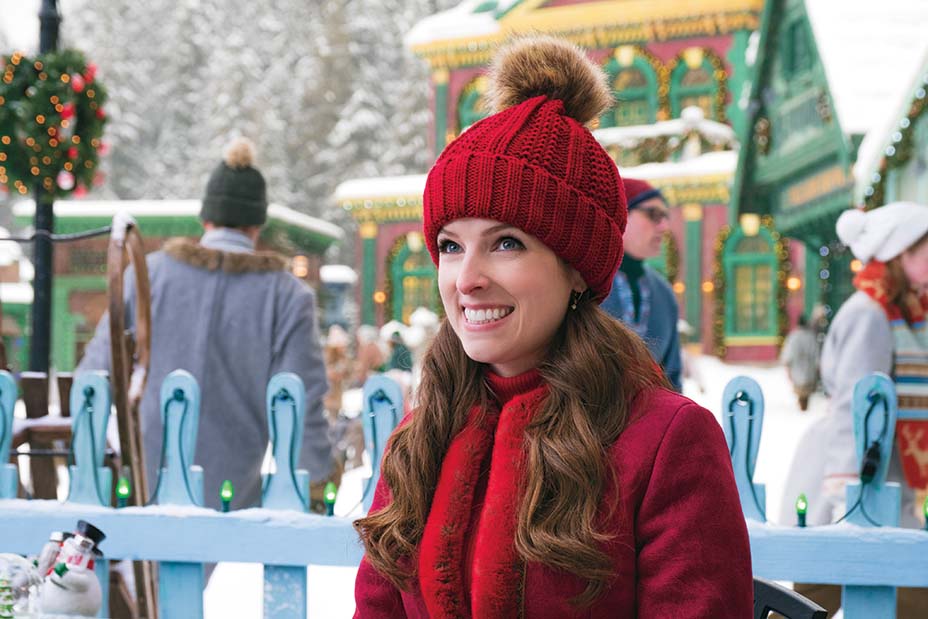 Given that the major studios have spent collective centuries developing and producing films for theatrical, the pivot to streaming is understandably slow. No matter the executive structure or content expectations, there is a noted deprioritization of feature streaming content across the industry in comparison to original episodic production. According to analysts and insiders, streaming has become synonymous for many consumers with series. HBO Max, which counts a four-film original features slate, has handed out more than a dozen series orders for original scripted TV content, while Peacock, which has yet to announce an original streaming movie, has more than two dozen series in development.

“You can make sequels for a movie, but you are only going to have one every few years,” notes Ross Benes, an analyst at eMarketer. “It’s different than getting eight episodes of something per year. You feel like you can’t leave the service because the next season of The Crown is coming.”

“Shows get you more in a subscription habit than movies do.” Adds Ziffren, “Television series obviously take more viewing time to watch compared to features, and they build retention.”

Viewing time is an increasingly important metric for streamers. Ahead of the launch of Disney+ in November, Netflix CEO Reed Hastings posited that it was becoming even more important than subscriber numbers, which are sure to take a hit as more and more streamers flood the market. He said, “The real measurement will be time. How do consumers vote with their evenings?”

The Star Wars universe is a case study for not only how viewers want to spend their screen time, but where. Recently, it was revealed that Disney and Lucasfilm are in development on a new Star Wars film from Sleight director J.D. Dillard and Luke Cage writer Matt Owens. While other Star Wars projects are in the works from Marvel head Kevin Feige and The Last Jedi helmer Rian Johnson, what stands out about the latest potential galactic feature is that it is being considered for both theatrical and a streaming release on Disney+. “That tells you everything you need to know about where streaming and theatrical is right now,” says Bock. “[Rise of Skywalker] made half of what The Force Awakens made domestically. The Mandalorian cleared up a lot of things about what people like and expect from Star Wars.” That means that the film industry is trending toward the mindset that audiences may not pay $15 to see a new Star Wars movie in theaters but might pay $6.99 a month to stream one.

“When we make these blockbuster movies, we are thinking, ‘How can we get everyone in the tent?’ ” says Bailey, adding that with Disney+ features, execs are less concerned about getting all four quadrants. “Everyone can enjoy the movie, but you don’t have to get everyone.” 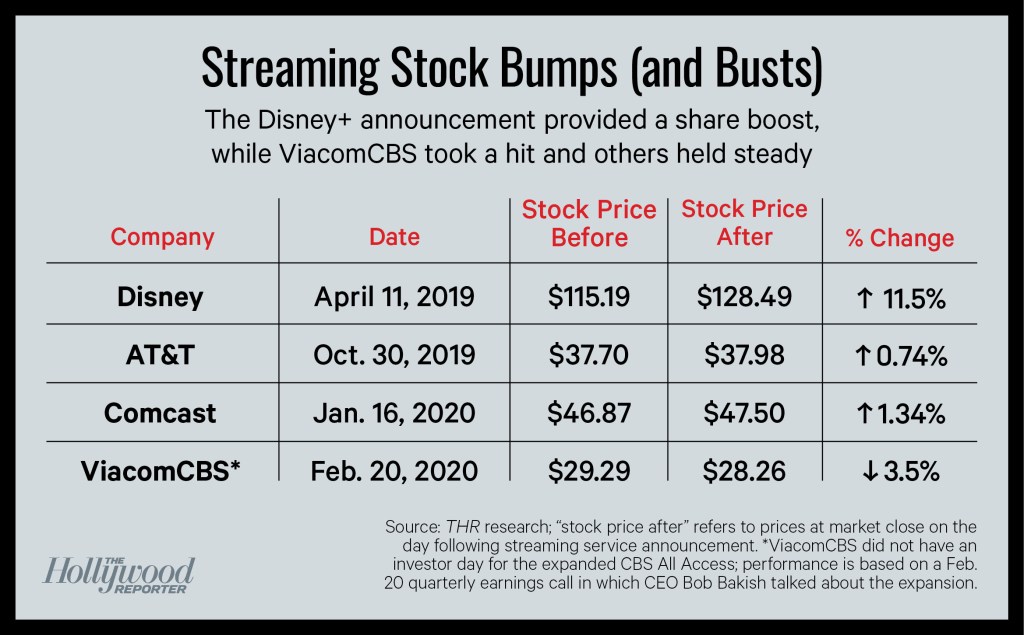 This story first appeared in the March 11 issue of The Hollywood Reporter magazine. Click here to subscribe.