Think Clint Eastwood and ISIS have nothing in common? Think again.

Footage from Eastwood’s Flags of Our Fathers (2006) has found its way into the 22-minute propaganda short Healing of the Believers’ Chests, created by the terror group. And a shot mimicking the 86-year-old director and well-known Republican’s American Sniper (2014) appears in another ISIS video, Shoot to Redeem Yourself 2, which re-creates Sniper‘s slow-motion image of a bullet fired from a rifle.

Both exemplify the increased use of Hollywood footage in videos made by ISIS, which is “deliberately and strategically using these references,” says Lara Pham, deputy director of the Counter Extremism Project, an organization (co-founded by former Sen. Joseph Lieberman, former Homeland Security Advisor Frances Townsend and other foreign-policy experts) that has analyzed 1,275 films made by ISIS media companies. “I haven’t found anything suggesting Hollywood is aware of this, but I’m sure plenty of individuals would be concerned,” adds Pham.

The Arabic-language Healing, which tells the true story of a Jordanian pilot captured by ISIS, begins with Eastwood-shot footage of U.S. warships pounding Iwo Jima with artillery shells; later the captured Jordanian pilot is forced to confess what he’s done. The climax is actual video of the pilot being burned alive. (Eastwood did not respond to requests for comment; the MPAA declined to comment.)

Pirating studio films and mimicking Hollywood techniques may be unexpected tools of the anti-West ISIS, but they are defining traits of videos made by Al-Furqan Media, a production company run by ISIS. The outfit earned notoriety in 2014 with videos depicting the beheadings of American, British and Japanese citizens. It was then run by Abu Muhammad al-Furqan, but since his death in an airstrike a year ago, it’s uncertain who leads the entity. 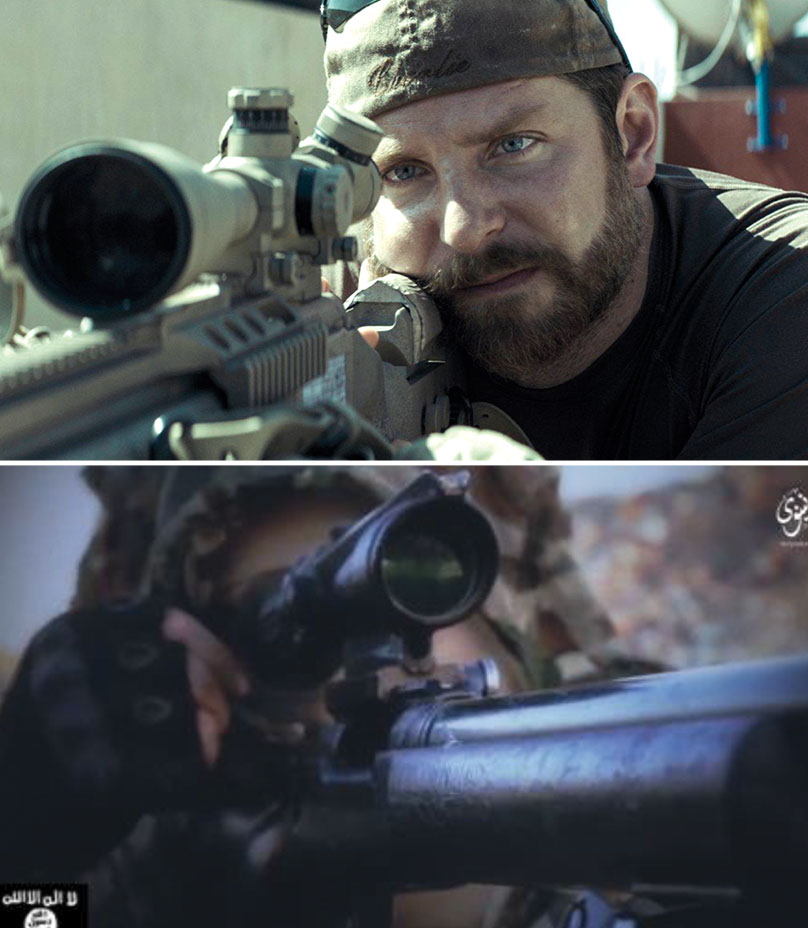 The Al-Furqan videos are shared via social media and YouTube. Al-Furqan, like smaller ISIS-run propaganda mills such as Iraq-based Salahuddin and Ninawa, has drawn on many other American films. Its Paris Has Collapsed, celebrating the deadly 2015 attack on a Paris nightclub, uses a crumbling Eiffel Tower stolen from Paramount’s G.I. Joe: The Rise of Cobra (2009).

But more common than pirated footage (taken from the internet or bootleg DVDs) is the terror group’s penchant for re-creating scenes from Hollywood blockbusters. Sequences from The Hunger Games (2012) and Mad Max: Fury Road (2015), for example, have been reproduced in ISIS shorts. How effective such videos are in radicalizing viewers remains open to debate; the House Committee on Homeland Security and the FBI report that 39 American men were radicalized in part by videos in the past year.

“ISIS fighters are forbidden to watch American movies,” notes Pham, “which is ironic, since they use these images to attract people to their cause.”