A small Japanese company that specializes in rubber masks has been unable to deal with a sudden surge in demand for Donald Trump masks since his surprise victory in the U.S. presidential election on Nov. 8.

“We can’t keep up with demand — it will take us until mid-December to catch up with the orders we have now,” Takahiro Yagihara, factory manager at Ogawa Studios, which makes the masks, tells The Hollywood Reporter.

The company began making the $21.65 (?2,400) Trump masks in May for Halloween and had sold about 600 by the end of October, but it received orders for three times that amount right after the election, Yagihara said.

The company sold about 450 Hillary Clinton masks for Halloween, even though opinion polls in Japan before the election found around 90 percent of local people believed she would make a better president than Trump. 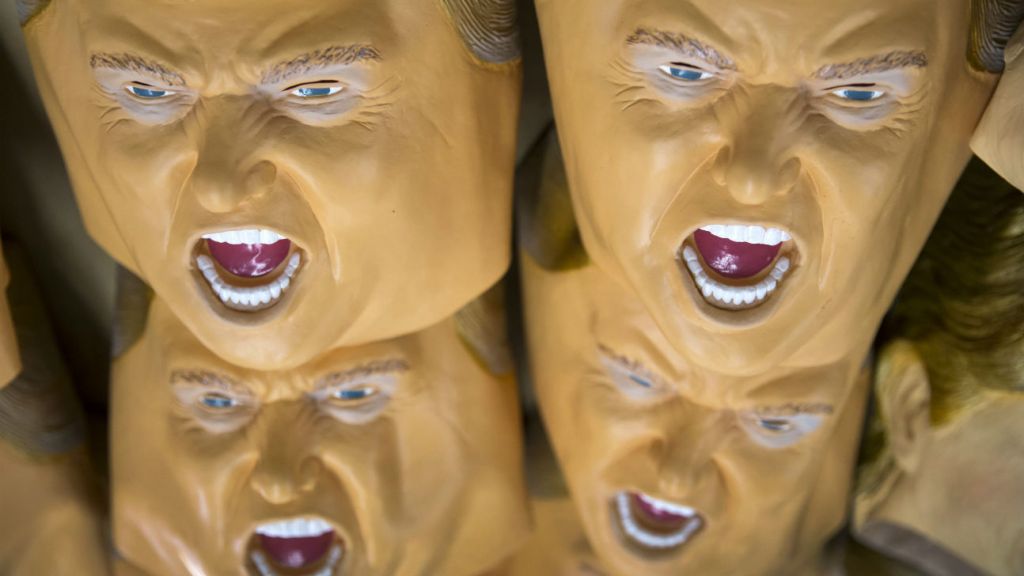 “I assumed Trump would lose the election, and it would be all over then,” said Yagihara, speaking from the factory in Saitama City, just north of Tokyo, where the masks are made.

Many people purchasing the masks now are expected to wear them at year-end company parties, or ‘bonenkai‘ (literally “forget-the-year party”), which are often drunken affairs where junior employees have to dress up in some way.

Ogawa Studios also makes Star Wars masks, with Darth Maul and Yoda at $35 (?3,900) being the two biggest sellers. “With the Star Wars spin-off movie coming out in December, those masks are also doing well,” said Yagihara.

Interest in Ogawa Studios has also boosted sales of its masks of Japanese Prime Minister Shinzo Abe. The company is currently advertising for extra staff on its website.