It’s been exactly two years since The Century Plaza closed for construction, temporarily shuttering one of Hollywood’s most historic event spaces (The Rat Pack, Ronald Reagan and Barack Obama have all partied there) and removing a stalwart venue from the awards circuit. But this time next year, the finishing touches will be put on L.A.’s most modernized ballroom, which will reshape awards season and just might make hotel venues cool again.

“We need it desperately,” says Sequoia Productions’ Cheryl Cecchetto, who produces the Governors Ball for both the Oscars and Emmys. Adds Judy Levy, founder of the event planning firm Levy, Pazanti & Huff, whose clients include the Producers Guild of America: “So many people want something on the Westside, and only having two options [The Beverly Hilton and Beverly Wilshire] has been really hard.” (There’s also The Beverly Hills Hotel, of course, but that venue remains off-limits for marquee Hollywood events as showbiz continues its protest against its owner, the Sultan of Brunei, who in 2014 implemented sharia law in his country — though such leaders as Dana Walden and Sherry Lansing, along with stars from Keanu Reeves to Kerry Washington, have been seen dining at the hotel’s Polo Lounge for well over a year.)

In other words, The Century Plaza’s grand reopening can’t come soon enough. While that date still is at least a year away, THR was provided exclusive renderings of the event space, which will comfortably seat 1,500, making it the largest ballroom on the Westside (The Beverly Hilton can handle about 1,300; Beverly Wilshire holds about 900).

The biggest beneficiary of The Century Plaza renovation has been the Hilton, which poached dozens of events, including the Writers, Directors and Producers guild awards shows. More than 150 red carpet events now are held at the Hilton each year. But multiple sources say it’s all but certain that some of the guilds will migrate back to The Century Plaza’s shiny new facilities. 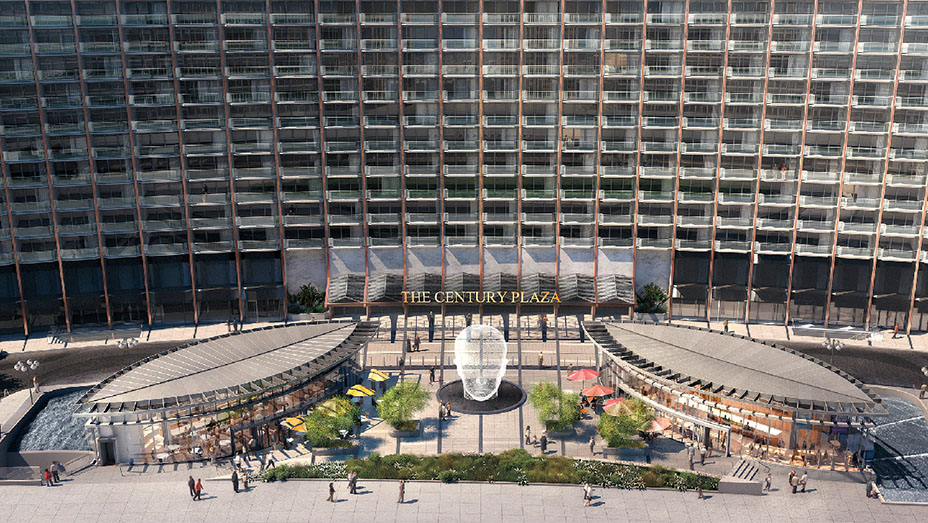 Adding to this speculation is the hiring by Fairmont Hotels — which will operate The Century Plaza — of Duane Mah, The Plaza’s former director of events, who jumped to the Hilton in 2016. Mah’s return signals that Fairmont is serious about competing for high-profile events. Michael Rosenfeld, founder and CEO of Woodridge Capital Partners, which owns The Century Plaza, says the hotel has been “besieged” by inquiries. “We are in advanced dialogues with some of the major entertainment industry events,” he adds. (Spokespersons for the WGA, DGA and PGA declined comment.)

Renderings show an elegant, 13,000-square-foot room that bears some resemblance to Frank Gehry’s Walt Disney Concert Hall. Designed by the firm Yabu Pushelberg, the room on the hotel’s lower level (accessed by escalator or elevator from the lobby) offers a dramatically articulated wooden ceiling, uplit walls and bronze doors. A 2,000-square-foot stage can be arranged in theater or runway format, and the room will have THX-grade surround sound. 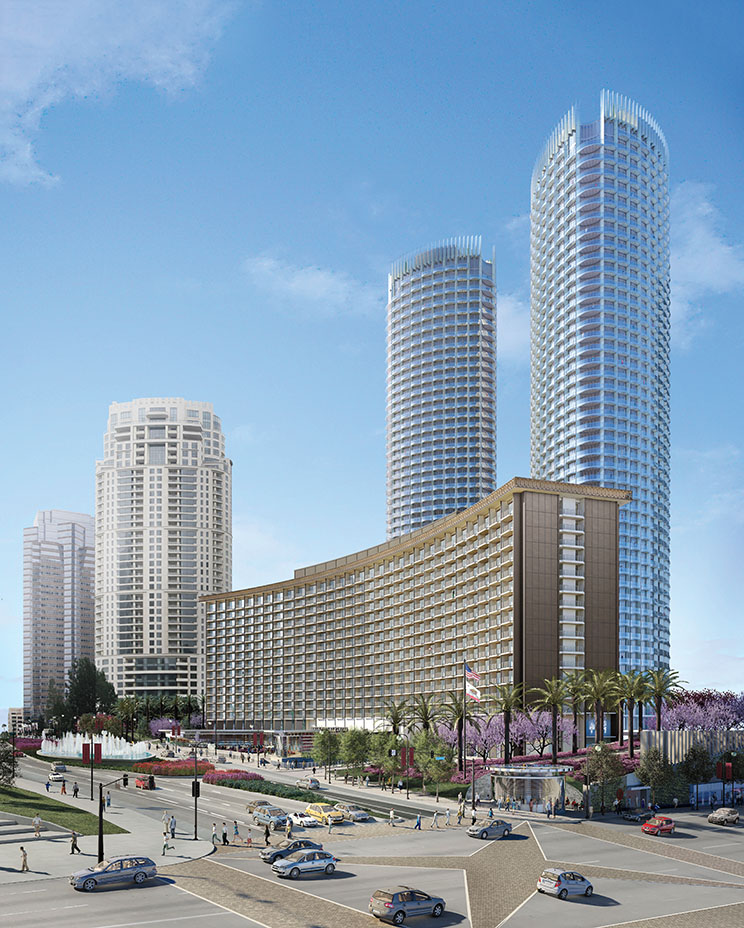 Adjacent to the ballroom will be 13,000 square feet of prefunction area and a 3,800-square-foot space for smaller events. But most enticing to traffic-weary Angelenos (and paparazzi-weary stars) is a new arrival area, accessed via Constellation Avenue, dedicated exclusively to events (previously, all car arrivals were filtered through the Avenue of the Stars entrance). “You used to have to go to the lobby to get to the ballroom, so there wasn’t any privacy for those who needed privacy,” says Cecchetto. Event guests will be greeted by a 120-foot LED digital media wall, designed by San Francisco’s Obscura Digital, displaying everything from event info to trippy videos of waterfalls or the Sequoia National Forest. 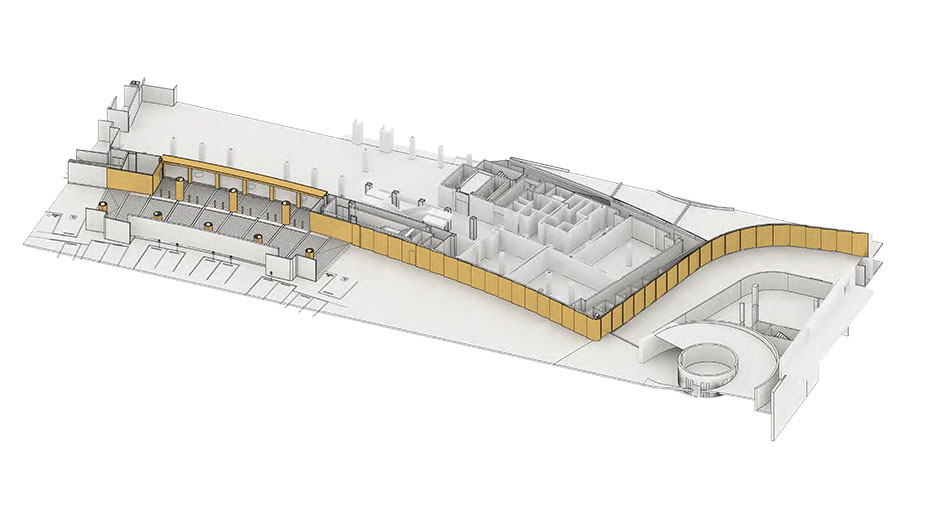 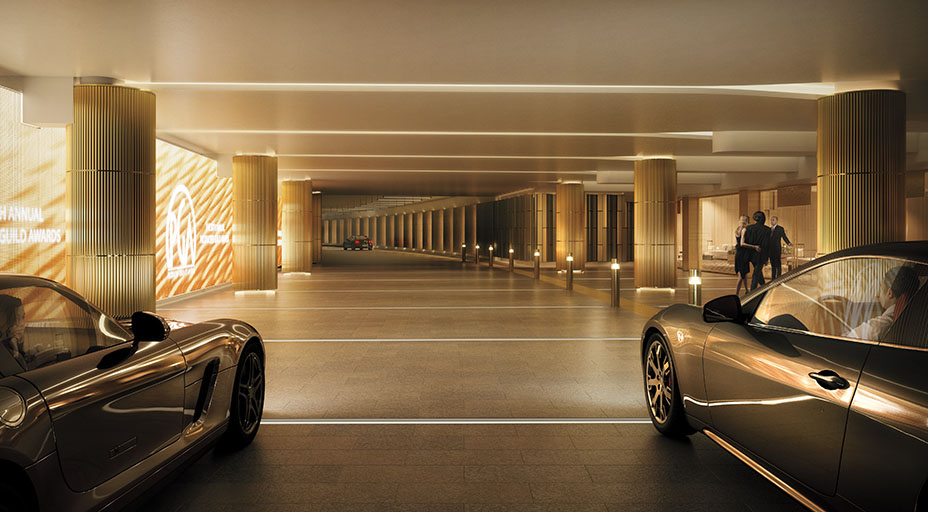 The redesigned ballroom is just one element of a $2.5 billion overhaul of the 19-story hotel, built in 1966 and still considered a midcentury masterpiece. Its facade will remain intact, but pretty much everything inside is being gutted. The five-star property’s 726 rooms are being converted to 394 rooms and 63 condominiums. A public plaza along Avenue of the Stars will feature a 23-foot-tall sculpture by Spanish artist Jaume Plensa. Twin 44-story towers on the western end of the property, set to open in 2020, will house 268 condos and 94,000 square feet of retail and restaurant space.

Hotel ballrooms have fallen out of favor in recent years, says Tony Schubert of Event Eleven, the company behind Women in Film’s Crystal + Lucy Award show and the SAG Awards afterparty. “We have all been in some really stodgy ballrooms; the ones where you take two steps in, look around and say, ‘This is not for me’ and walk right out,” he says. Such venues attract events by being flexible and allowing a planner to shape a space to the liking of their clients — the more modular the better, he adds. 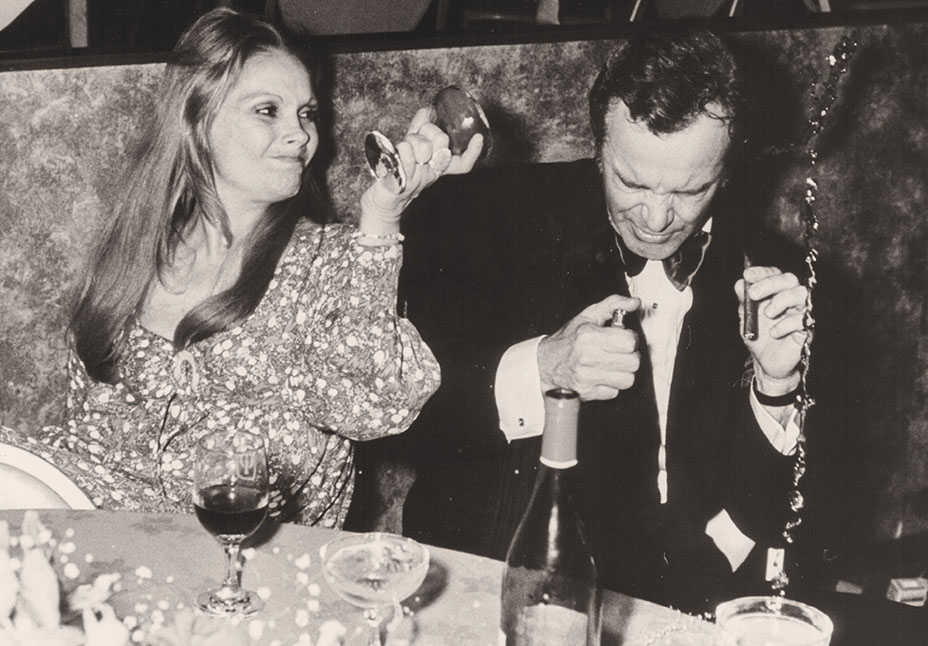 Not every awards show is looking to make a move. More than 1,600 people showed up for the American Society of Cinematographers’ 32nd awards show, which was held Feb. 17 at the Ray Dolby Ballroom at Hollywood & Highland; the ASC is unlikely to trim its guest list for The Century Plaza. And considering the relationship between the Hollywood Foreign Press Association and The Beverly Hilton has lasted for 43 consecutive outings, the Globes probably aren’t going elsewhere. But Rosenfeld cedes no ground. “We are going to reclaim The Century Plaza as the center of the social and media universe in West L.A.,” he says. “That means hosting everything from Hollywood awards shows, parties and events to industry gatherings — all across the event landscape.”

BATTLE OF THE BALLROOMS

With its new state-of-the-art ballroom, The Century Plaza is aiming to lure industry events away from three other stalwart hotel spaces on L.A.’s Westside that are bedrocks of the gala scene — especially during the run-up to the Oscars. THR spoke with a dozen of the city’s top event planners, caterers and party veterans to evaluate the pros, cons and rubber-chicken vulnerabilities of each. 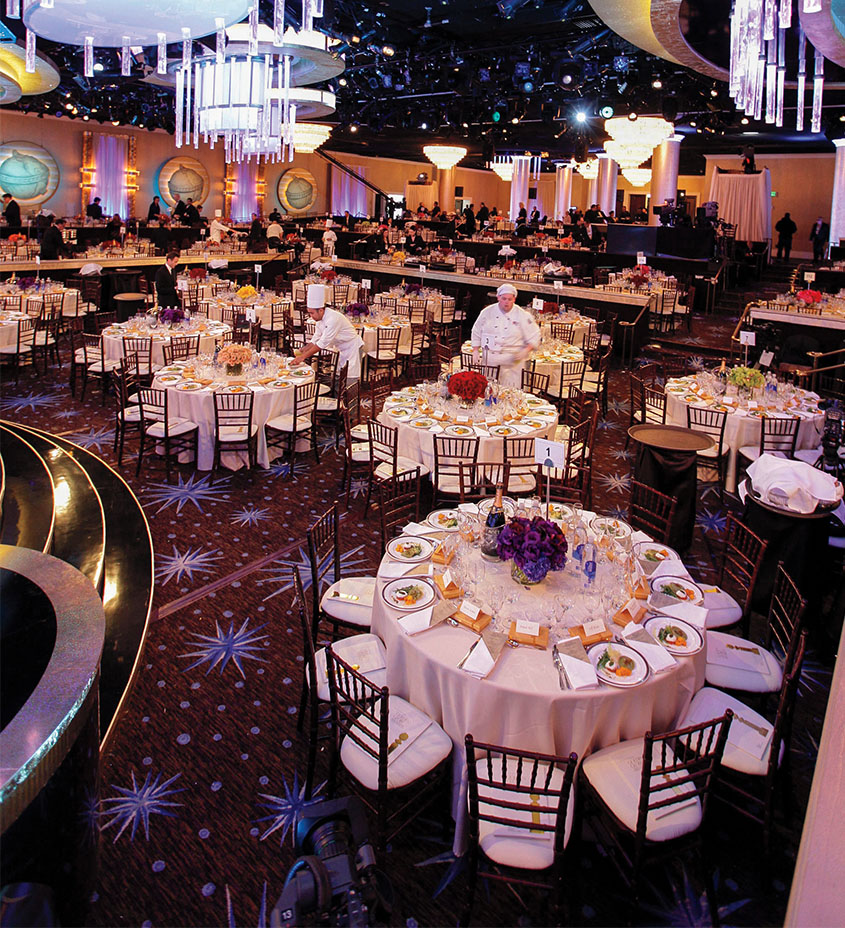 Clearly the most dominant venue with more than 150 red carpet events a year, the Hilton is known for an excellent staff but can feel cramped when events exceed 1,200 guests. It also suffers from a tight pre-function area and food that is generally considered subpar. 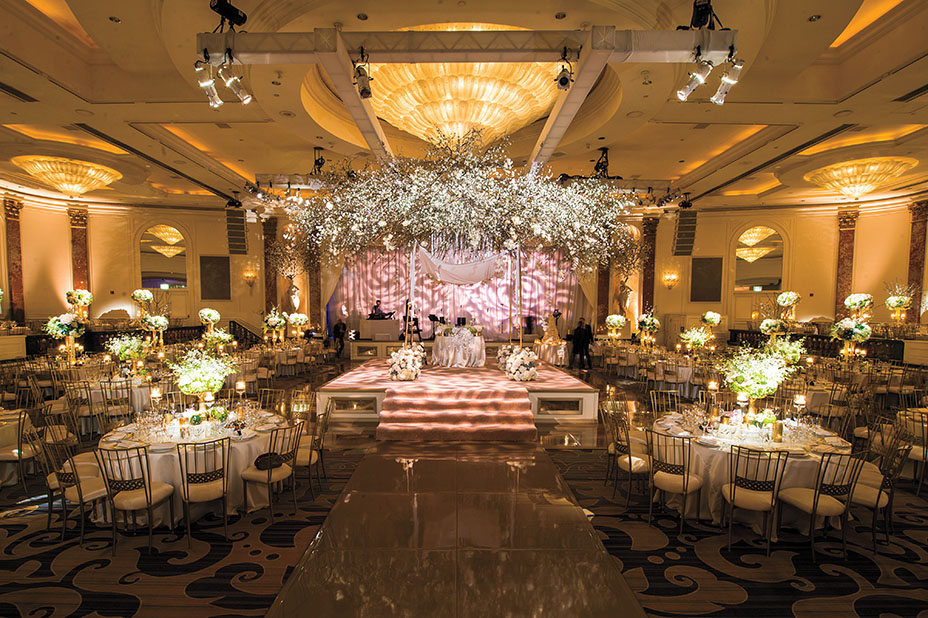 The 90-year-old’s stellar staff and elegant building are undermined by one of the city’s most inefficient valets and food that is “cooked to hold,” says one event planner, “not cooked to serve.” A plus: Guests can access the ballroom without passing through lobby hoi polloi. 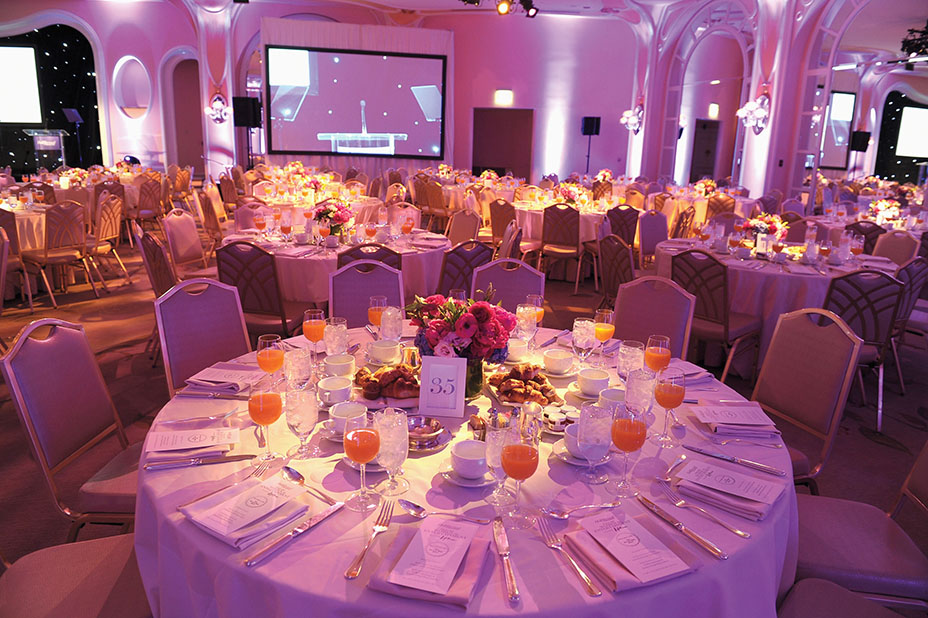 Despite the modest capacity of its Crystal Ballroom (650 for a seated meal), its setting, scenery and food are considered second to none, but the hotel has not seen any major events return since 2014’s Sultan of Brunei boycott, led by the Human Rights Campaign.