As if the legal saga between Marvel chairman Isaac Perlmutter and Canadian businessman Harold Peerenboom couldn’t get any more heated, a new defamation lawsuit has been filed over court materials allegedly sent by a star litigator to The Hollywood Reporter.

Peerenboom, the founder of multinational executive search firm Mandrake Management, and Perlmutter are neighbors in a waterfront Palm Beach complex known as Sloan’s Curve. After a dispute erupted over the operation of the tennis courts there, Peerenboom’s neighbors received anonymous mailings critical of him. For the past five years, Peerenboom has been pursuing a defamation case in Florida court against Perlmutter for allegedly perpetrating this hate mail campaign and smearing him as a sexual predator, a Nazi and more. Perlmutter has his own counterclaims — the Marvel chairman accuses Peerenboom of a secret plot to harvest his DNA in order to prove the defamation.

The first lawsuit is scheduled to go to trial this autumn. Among those on the witness list are Walt Disney general counsel Alan Braverman, Marvel branding executive Chris Fondacaro, Disney director of product development Damon Nee, Marvel chief counsel John Turitzin, and of course, Perlmutter, who hasn’t spoken publicly in decades despite selling Marvel to Disney for $4 billion in 2009.

In May 2017, The Hollywood Reporter covered a significant development in the case.

According to Perlmutter’s court papers, prepared by Roy Black (who has represented everyone from Rush Limbaugh to Justin Bieber over the years and is currently handling BuzzFeed’s defense in the case over publication of the so-called Steele Dossier), the U.S. Department of Homeland Security intercepted a package en route from a UPS Store in Toronto to one in Florida. The package, wrote Black, consisted of a “hate mail kit,” and after Canadian authorities began investigating, the package was traced to David Smith, a former employee at Mandrake.

The filing suggested that Peerenboom’s own prominent attorneys at Kasowitz Benson Torres were involved too.

“After throwing their lot in with Peerenboom and his criminal plot, Kasowitz has been forced to spin a web of lies, distortions, and misrepresentations to advance the extortion scheme and to conceal its fraudulent and illegal components,” continued the filing.

(THR followed this story up with another — “In Non-Trump Lawsuit, Trump Lawyer Accuses Trump Friend of Obstruction” — that focused on a subsequent filing from Peerenboom and Kasowitz principal Marc Kasowitz.)

Now, Isaac Perlmutter, his wife, Laura, and Black are all being sued over their May 2017 filing. 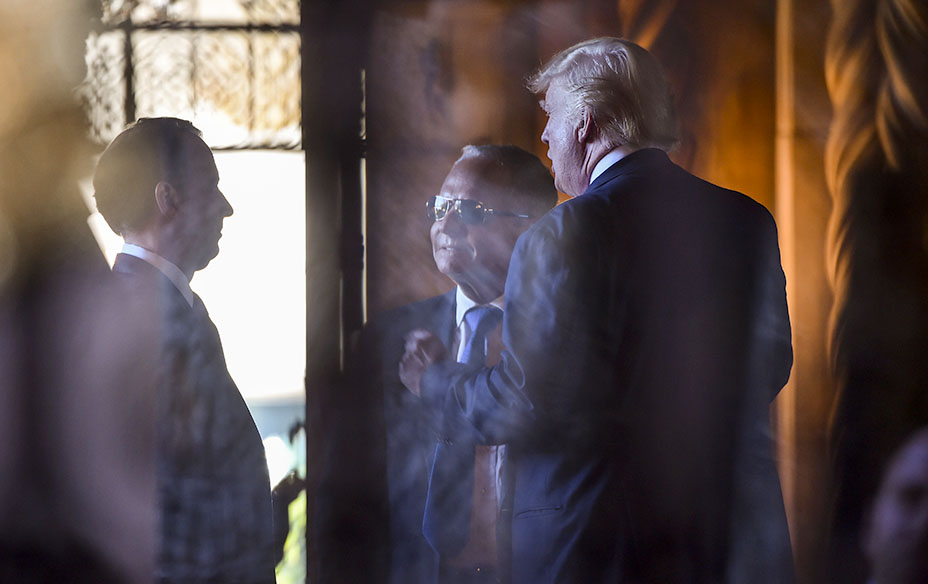 In the new lawsuit, Peerenboom alleges that statements in the filing were false and that Perlmutter has since testified under oath that he did not believe the allegations against Peerenboom and his lawyers.

The basis for the defamation claim?

The complaint further alleges that before the document was publicly filed, defendants “leaked” it to a THR reporter. The lawsuit doesn’t advance any theory why the document isn’t privileged.

At this time, THR is not a party to the litigation.

Peerenboom’s new lawsuit also claims defamation from emails sent by Black to members of the business community that Peerenboom had been adjudicated by the court to be a “serial liar” and had intentionally falsified DNA reports.