When Maya Cinemas opened its North Las Vegas location in January, the movie theater put on a show before locals even filtered through its doors to see Escape Room. During the ribbon-cutting ceremony, a large mariachi band played in white suits while cameras from local news stations rolled. Members of the Xochipilli Danza Azteca Las Vegas dance troupe, dressed in vibrant costumes and headdresses, mingled in the crowd before their own performance, and at one point, the Las Vegas Paiute Tribe blessed the location.

It was a fittingly cross-cultural opening for Maya Cinemas, a theater chain that endeavors to demonstrate the power of the Latino demographic at the box office. Opening in locations with a high concentration of Latinos that the company believes are “underserved” by other theater companies, Maya’s theaters offer Hollywood first-run movies alongside a limited number of Spanish-language movies, U.S. Latino-made films, Latin American blockbusters and/or other international films. North Las Vegas is the chain’s first location outside of California, but the company says it won’t be the last. Though the chain is small now — Maya has six locations — its CEO, Selena producer Moctesuma Esparza, has big plans: He wants to expand to “30 locations” and “become one of the top 10 exhibitors,” competing with chains like AMC and Regal on a national scale.

“Hollywood has not taken advantage of the income potential of producing films that speak to the national Latino population,” Esparza explains. “And in the long run, this is going to be the most important — if it isn’t already — audience for exhibition in the United States.” Maya Cinemas, by providing a platform for traditional Hollywood films as well as for Latino creators, aims to show the industry who it’s been underestimating.

The idea for Maya Cinemas began in 1987, when Esparza was a cable TV executive and film producer who was touring the country to promote the Robert Redford movie The Milagro Beanfield War. While visiting 20 cities with major Latino populations, he says he found that “there were no first-run movie theater facilities” for those communities. By the time he took a similar tour in 1997 to promote Selena, he says that even second-run houses in communities he visited had begun to close up. The Boyle Heights native recalled that during his childhood, he could walk to three movie theaters that showed Spanish-language cinema. Within the Latino community in Boyle Heights, he remembers, going to movies together was a family ritual. And so, following the Selena tour, Esparza began envisioning a movie theater chain to restore that tradition. In 2001 he sold his Latino-focused cable TV system, Buena-vision Cable TV, planning to reinvest the funds into his first theater. 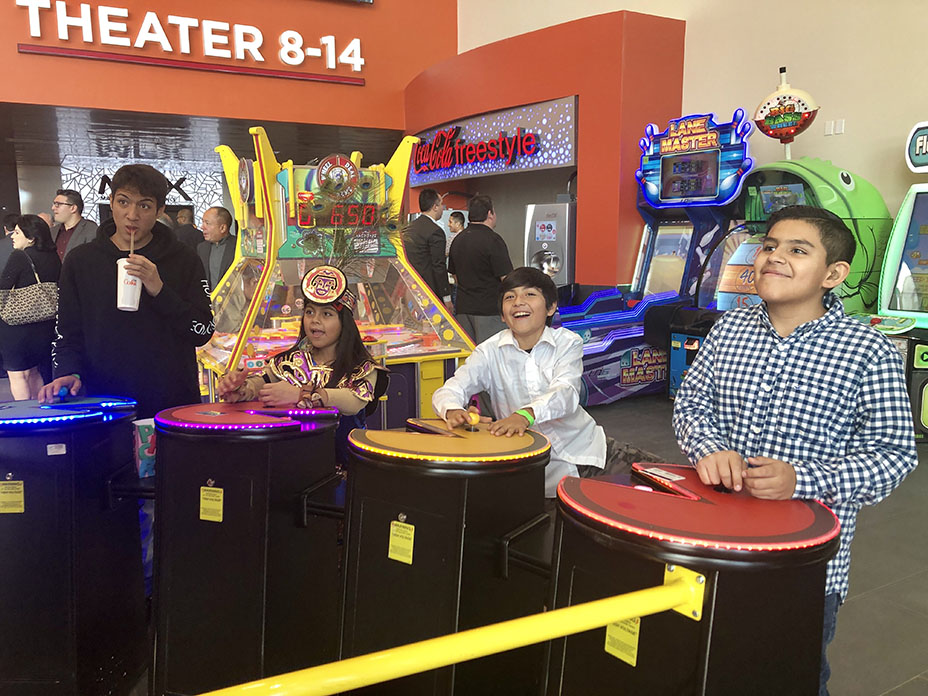 Convincing bankers to give him a loan for that theater wasn’t easy, he says, in part because between 1999 and 2001, nine American cinema chains, including some of the largest in the country including Regal, Carmike and United Artists, filed for bankruptcy. At the same time, the Spanish-language movie theaters that thrived in L.A. from the 1930s to 1960s were closing down or projecting more English-language fare. By the 1990s, at least one cinema-chain proprietor explained that the business had identified teens and young adults as their most important Latino demographic and found they went to English-language blockbusters and action flicks with everyone else, as Gregory Rodriguez writes in his 2007 book Mongrels, Bastards, Orphans, and Vagabonds: Mexican Immigration and the Future of Race in America.

To make his case for his first theater, Esparza showed potential investors that, as the annual MPAA THEME report shows, Latinos regularly over-index among “frequent moviegoers,” given the size of their overall population. He also argued that his theaters would mint new moviegoers, rather than steal patrons from other theaters, if he placed his cinemas in areas dominated by Latinos that didn’t have many other options. Esparza received a 55 percent loan for a location in Salinas, Calif., and guaranteed the 45 percent of funds that weren’t covered; he developed the property — assembling the land, getting the entitlement, financing construction — himself, he says. After three years of planning, construction began on the Salinas theater in 2004; in 2001 Esparza began planning a theater in Bakersfield that started construction in 2008.

Today, the company has accelerated this process, making location decisions based on a market-study algorithm, Esparza says. Its proprietary criteria are somewhat opaque: Maya has opened in locations with several preexisting theaters, such as Bakersfield and Fresno, Calif., in addition to communities where Maya is the only option, including in Pittsburgh and Delano, Calif. “What I realized on the inside, being a movie producer, is that there is a business opportunity serving an underserved market where the major chains structurally really don’t have a way to get into,” Esparza says, arguing that large movie chains hire developers rather than developing land themselves. (Top-10 chains contacted by The Hollywood Reporter declined to comment.) “What’s missing are real-estate developers that see value in working-class, minority communities.”

Esparza aims to offer these communities an array of films, arguing that studios don’t always understand the tastes of Maya’s audience. Though the company’s theaters offer 90 percent major Hollywood movies, 10 percent is devoted to what it calls “niche” films that are in Spanish, made by Latino American filmmakers, documentaries or international films. The traditional Spanish-language films that tend to be shown in the U.S. — arthouse titles like Roma — get some play at Maya theaters, especially in its Salinas location, where smaller movies like 2008’s The Other Boleyn Girl have grossed well, according to the company. But some of Maya’s so-called “niche” offerings are also blockbusters in Latin American countries and have broad appeal and big stars, such as the popular Dominican film Qué Léon. 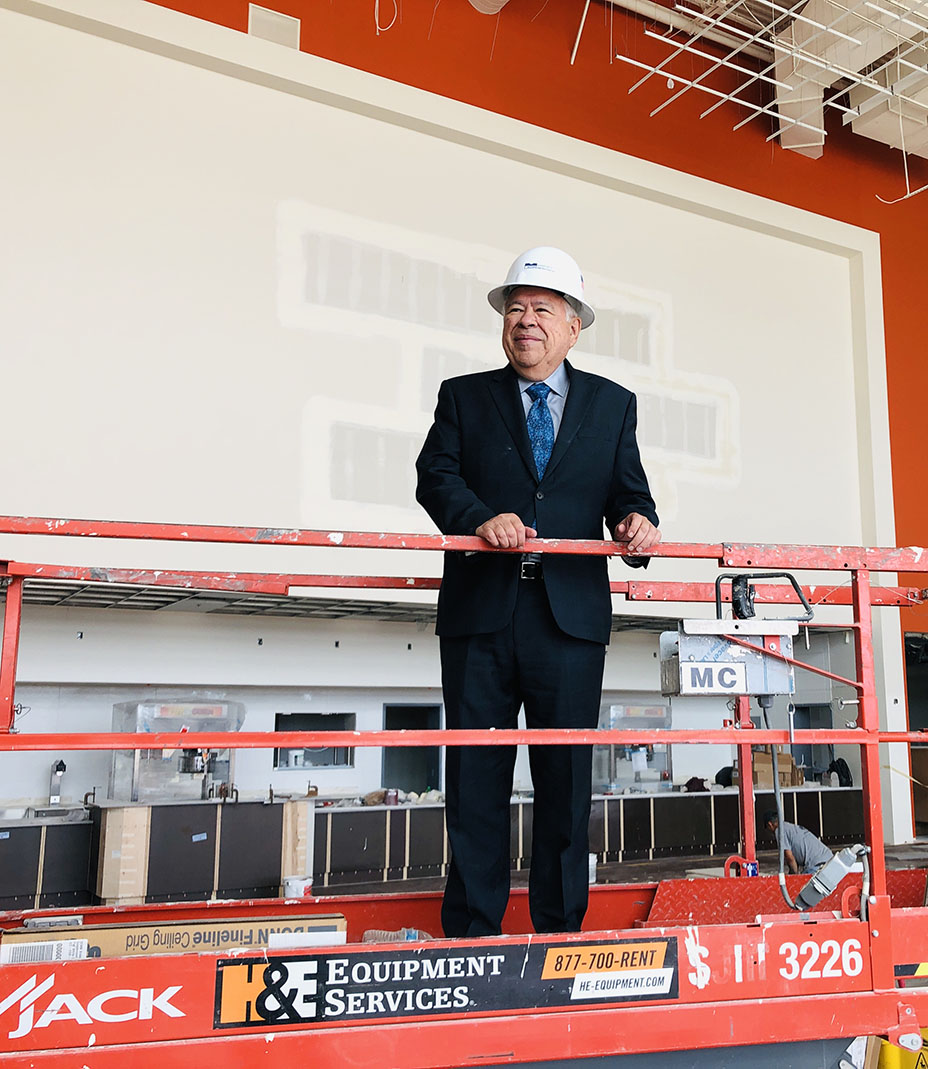 “The rest of the theaters and exhibitors are treating [Spanish-language movies] like foreign films that only people with high-art tastes will watch,” Vanessa Erazo, the film editor at Latino millennial publication Remezcla and co-editor of the Cinelandia USA newsletter, notes of Maya’s slate. “There’s also a whole range of people who speak Spanish who may not be into artsy movies. Or who may be, but aren’t being marketed to.”

The diverse titles on the Maya marquee expand the theaters’ potential customer base by appealing to a “cross-generational” Latino audience, National Association of Theater Owners vp and chief communications officer Patrick Corcoran argues. “There’s a lot of audiences within that [Latino] demographic,” he adds, from first-generation folks to families who have been in the U.S. for far longer. (According to Esparza, Maya’s single largest demographic is families who go to the movies together, while ethnically, “we have a very even, fair representation of everyone who lives near us.”)

But these “niche” slots also have an advocacy aim: Maya sometimes provides indie-film slots to Latino filmmakers who otherwise wouldn’t get screenings in mainstream U.S. theaters. Filmmakers Jade Puga and Richard Montes screened their film Aguruphobia at four Maya Cinemas locations in 2015 after Esparza heard about the film through a friend. Though Aguruphobia has what Puga calls a “specificity” to its subject matter — it’s a dark comedy centering on a Chicana obsessed with yoga — Maya Cinemas rolled out the film like any other on its slate, the filmmakers say, playing its trailer for a month leading up to the screenings, featuring its poster in their theaters’ lobbies and inviting them to participate in three Q&As.

According to Montes, the film’s limited run at Maya Cinemas helped him and Puga procure meetings for their next film project. He and Puga also say that the run at a mainstream theater helped create wider “buzz” for their title: “When you’re at a smaller theater or an arthouse theater, the mainstream audience somehow thinks those movies are not for them,” Montes says. “But when they’re sitting with popcorn watching in a mainstream theater, their expectations change a little bit.”

As Esparza looks ahead, he hopes to project more films by Latino filmmakers while the chain expands. The chain has had difficulties in reaching communities such as South Gate, Inglewood and Compton, Calif., and San Antonio, Texas, where theaters have stalled or fallen through in past years. Still, Maya currently has theaters under contract in Texas, Arizona and California and is tracking over 20 locations for potential sites.

“I know dozens of Latino filmmakers who managed to make one movie and never got a second shot because they didn’t get attention, they didn’t get a platform release, there was no one who was willing to support them,” Esparza says. “And the cost for us to support a release is much lower than for a distributor because we can control probably the single most important advertising and awareness tool that movies have, which is coming attractions and poster space in our lobby.” 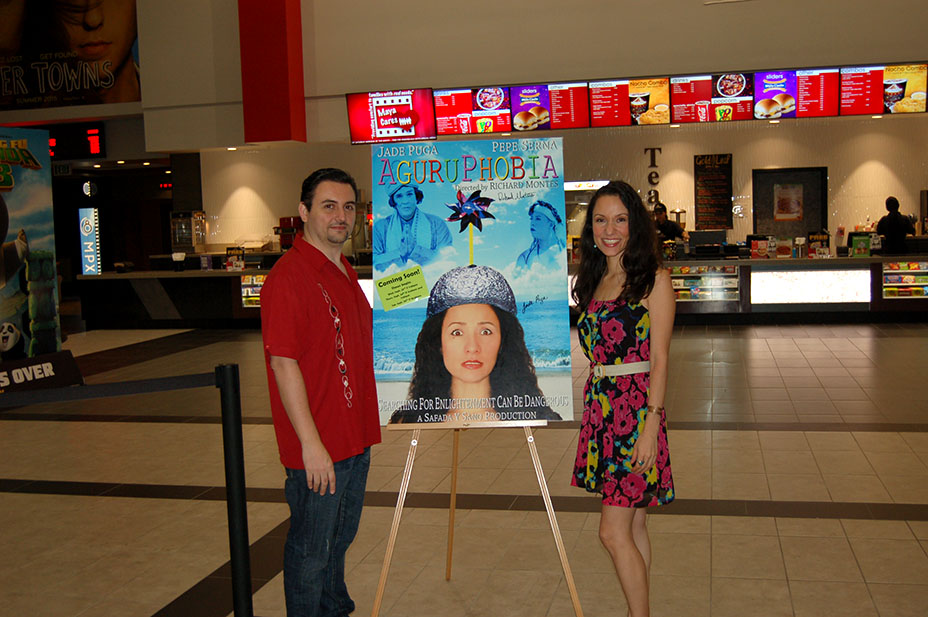