Most venture capitalists can’t boast a fan army of nearly 500,000 Instagram followers. But most are not Jordan Fudge, the movie-star-handsome founder of Sinai Capital Partners, an L.A.-based hedge fund that raised $600 million in new capital late last year.

Much of that is earmarked for tech investment, but $100 million has been set aside for New Slate Ventures, a nascent TV and film fund that’s already had success with its first title, Radha Blank’s autobiographical dramedy The Forty-Year-Old Version, acquired by Netflix for seven figures at last year’s Sundance.

And despite launching just a year before the COVID-19 pandemic, New Slate, which has mandated itself to find stories that are “intersectional, inclusive and culturally impactful,” has more in the pipeline, including Lee Daniels’ upcoming The United States vs. Billie Holiday, an awards contender.

Fudge runs the operation out of a $9 million Bel Air mansion with his partners, 28-year-old Zach White (in charge of startups) and 26-year-old Jeremy Allen (the former assistant to Endeavor’s Patrick Whitesell oversees film and TV development). He stands apart from the VC pack in that he happens to be Black and gay. 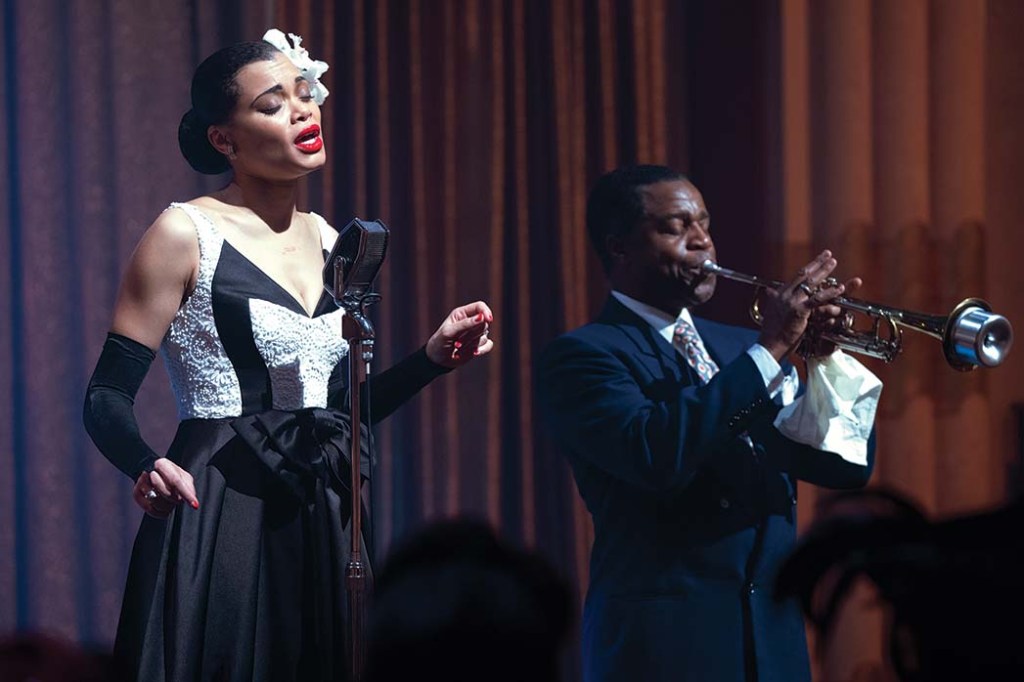 So, how did Fudge, a 28-year-old L.A. native, go in just a few short years from Northwestern graduate to poster child for Lifestyles of the Millennial Rich and Famous? It started, as so many L.A. deals do, in a gym.

It was there that Fudge met 68-year-old German investor Ekkehart Hassels-Weiler. Fudge struck up a friendship with Hassels-Weiler — who last year paid $40 million for a Beverly Hills spec mansion for himself and his husband — and convinced him to diversify his portfolio with tech and media stock.

The year was 2015, and Fudge had recently completed a stint in 20th Century Fox TV’s digital strategies department, where he saw the streaming model headed for Hollywood like a tidal wave.

“So I looked at interesting public market technology companies that were undervalued in my mind,” Fudge says. “Stuff like Netflix, Amazon, Apple and a company called Nvidia, which makes graphic processing chips.”

After an investment in Nvidia stock tripled, Hassels-Weiler brought Fudge on as a full-time associate at his Eagle Advisors firm. Fudge struck out on his own the following year with Sinai Capital Partners and was soon investing in 85 tech startups, Pinterest among them.

The shift to content happened in early 2019. Fudge, who has always been drawn to show business, saw in the streaming wars a new path to profitability: “You could independently finance a film and then sell it to a streamer for multiple what you paid for it,” he says.

Perhaps easier said than done — but Fudge, having grown up in L.A., has so far made good on that claim, cashing in on years of Tinseltown relationships and a sixth sense for where the business is heading.

The Forty-Year-Old Version was presented to them by WME with Lena Waithe — whom Fudge, a board member of GLAAD, knew from LGBTQ events — attached as executive producer. “I like Lena,” he says. “She’s got a great vibe and she’s definitely of the moment and gets it — and those are the people I like to work with.”

After vibing with Blank, Fudge gave her the funding to produce a few scenes. “It sort of felt like Manhattan or early Spike Lee,” he recalls. “So I said, ‘Sure, let’s finance it.’ ” Cut to Sundance 2020, where Forty-Year-Old Version took home U.S. Dramatic Competition directing honors and sparked a 3 a.m. bidding war between Netflix and A24.

New Slate is currently filming a documentary on Magic Johnson and developing a limited series about Michael Milken, the junk-bond king turned philanthropist, written by Terence Winter (The Wolf of Wall Street). With The United States vs. Billie Holiday slotted for a Feb. 26 release from Hulu, Fudge says the company is well situated for the pandemic and beyond: “There is a big need for content out there.”