Meredith Corp. has reached an agreement to sell its local TV stations, or its Local Media Group, to Gray Television for $2.7 billion.

“We believe the scale made possible by the combination of the Local Media Group with Gray Television represents a great strategic fit, and we are incredibly grateful to our colleagues for their years of dedicated service and industry-leading work,” Meredith chairman and CEO Tom Harty said in a statement.

The proposed deal will allow Meredith to focus exclusively on its National Media Group, or its magazine division, after the transaction closes.

“We expect the transaction to unlock meaningful shareholder value as it advances all of the company’s financial priorities: reducing net debt, improving financial flexibility, allocating capital to fast-growing digital and consumer opportunities, and providing returns to shareholders,” Harty added.

The company said the divestiture will pay down debt held by Meredith as it “sharpens strategic focus on growth opportunities.” Meredith Corp. also plans to be spun-off as a standalone publicly traded company, to operate under digital and magazine divisions.

The separation of TV and magazines at Meredith continues a more than decade-long trend of media companies splitting their print/publishing and television brands. 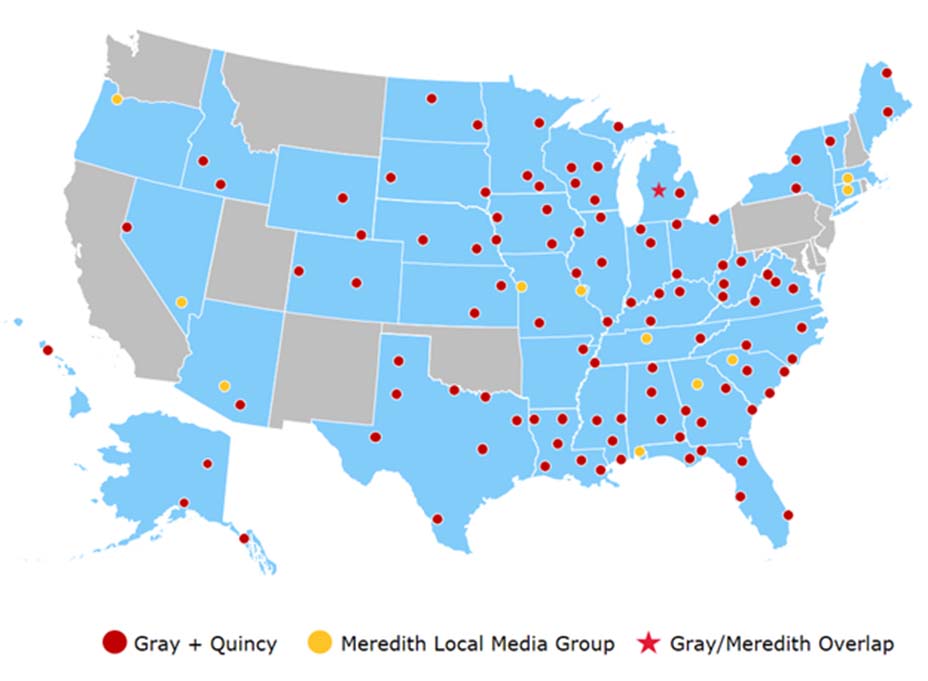