On March 1, veteran producer Michael De Luca will take the reins of MGM’s motion picture group as the studio attempts to define its future at a time when mid-budget films have largely fallen by the wayside and merger mania reigns in Hollywood.

For the past two years, MGM has been the subject of acquisition rumors thanks to a rich library that includes the James Bond films, Tomb Raider and Legally Blonde. (The Bond films alone would be enough to attract the interest of major studios.) Nine years removed from its emergence from bankruptcy, MGM stakeholders believe the company could command up to $10 billion, but it appears that leadership hopes to burnish the asset before undertaking a sale.

In the era of media giants locked in streaming wars, MGM stands on its own, highly leveraged and facing an evolving marketplace. While it went unreported in the media, the company in recent months wrote down $480 million on its investment in the Epix channel, which it bought for more than $1 billion in 2017. The service has 14 million subscribers and faces the same headwinds as other pay TV channels.

MGM declined to comment on the writedown or even to confirm recent moves at the company, including the addition of former Sony Pictures co-chairman and producer Amy Pascal to the board in late summer.

De Luca, 54, replaces Jonathan Glickman, a nine-year veteran of MGM who, according to sources, departed in part because of friction with Mark Burnett, chairman of the MGM Worldwide Television Group. The addition of De Luca appears to be part of an attempt to remake MGM — which has had recent success relaunching the Rocky series with Creed and its sequel and launching an animated franchise with 2019’s The Addams Family — into a more attractive asset.

Glickman’s exit is the latest shakeup at a company that saw CEO Gary Barber abruptly ousted in March 2018, just five months after he signed a new contract.

Barber has not been replaced. Former TV executive Nancy Tellem, a longtime board member who became executive director of the “office of the CEO” in February, departed that role after six months — also in part because of clashes with Burnett, according to sources.

Tellem, who remains on the board, did not respond to a request for comment. A source close to the company also says he was told on good authority that Steve Stark, president of scripted TV production and development, revised his deal in recent months to no longer report to Burnett but instead to the board (as will De Luca). But Stark tells THR he does indeed still report to Burnett.

Multiple individuals with knowledge of the situation say CAA agent Bryan Lourd suggested bringing Pascal onto the board because of her vast creative experience and her relationship with producer Barbara Broccoli, keeper of the Bond franchise. (Sony Pictures distributed Casino Royale and Quantum of Solace when Pascal was a top exec at the studio.) She did not respond to a request for comment.

Pascal has a longstanding relationship with De Luca, dating back to when De Luca ran New Line Cinema during the 1990s and Pascal was an executive at Turner. De Luca also produced The Social Network and Moneyball, two award-winning hits for Pascal at Sony. It is likely that Pascal, whose most recent project is Little Women, will produce films for MGM, though her deal currently is with Universal.

De Luca, who also did not respond to a request for comment, is said to be setting his sights on quality mid-budget films. The executive has extensive relationships in the industry and is known as filmmaker-friendly. (He has been open about substance-abuse issues and wild behavior in the past; a knowledgeable source says the MGM board raised the issue and came away satisfied.)

The transition at the studio comes in the midst of postproduction of the 25th Bond film, No Time to Die, set for April. Glickman will continue to oversee production and has a first-look deal with the studio. He will become a producer on the upcoming Aretha Franklin biopic Respect, currently in production with Jennifer Hudson as the Queen of Soul.

Who might buy MGM? Comcast, which already has international rights to No Time to Die, is said to be a potential acquirer, as is Sony, which once owned MGM and now has a familiar board member in Pascal. Shari Redstone’s ViacomCBS recently acquired a minority stake in Miramax and needs to continue content shopping for her newly merged company, which could benefit from MGM’s film library and its rights to such TV series as The Handmaid’s Tale and Vikings.

But Apple, which has already made overtures, might be the best fit. While all media companies are looking to bolster content, Apple’s fledgling streaming service is far behind Netflix, Amazon, Disney+ and the coming-soon HBO Max and Peacock.

“Apple is so huge. Paying up for this would be nothing,” says Wall Street analyst Hal Vogel. “They are sitting on $250 billion in cash.” Still, he thinks that no move toward a sale would take place before No Time to Die. “You’d want to sell it after the Bond film. That will make the debt more serviceable, and the valuation of the equity should be higher.”

Another knowledgeable source believes MGM could run into money trouble because it is so highly leveraged. This person estimates that the company needs No Time to Die, the fifth Bond film starring Daniel Craig, to hit the $1 billion mark — no small feat given that 2015’s Spectre grossed $880.6 million worldwide. (In 2012, Skyfall did cross that threshold with $1.1 billion.) An MGM source calls that notion unfounded, noting that the company enjoys ample liquidity and strong support from banks and lenders. Another source says De Luca can exit if cash constraints become a problem.

MGM board member Kevin Ulrich, whose Anchorage Capital has the largest stake in the company, is said to be enamored of the entertainment business and has been resistant to selling in the past, but some insiders say he has become more amenable in recent months. Sources say Burnett wants to flip the asset, but the call will be made by majority shareholders Ulrich and Highland Capital’s Jim Dondero. (Dondero remains on the MGM board, though his hedge fund business, Highland Capital Management LP, is currently in chapter 11 bankruptcy.)

“Management and the board are always looking to optimize value and are focused on making decisions in the best interest of the company and our stockholders, which includes the recent hire of Michael De Luca,” an MGM spokesperson says. “Coupled with the leadership of Mark Burnett as the head of the studio’s successful TV business, MGM is and continues to be well positioned to grow as we head into this next decade.”

A version of this story appears in the Jan. 8 issue of The Hollywood Reporter magazine. To receive the magazine, click here to subscribe. 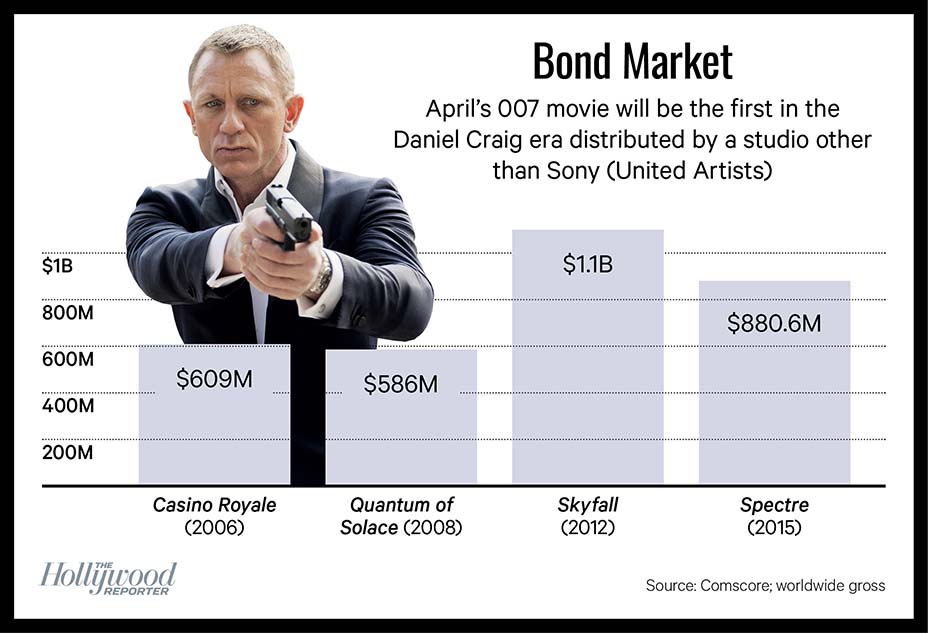