In the decade since the sexual assault case of former IMF chief Dominique Strauss-Kahn involving a maid at the Sofitel in Manhattan (charges were later dropped and a settlement reached), panic button systems increasingly have been mandated to protect hotel employees against sexual misconduct, whether through collective bargaining — as negotiated by the New York Hotel Trades Council — or through ordinances in cities including Seattle, Miami, Long Beach and Santa Monica. Now, organized labor has its eyes on more cities in the greater Los Angeles area, including L.A. and Beverly Hills.

Dave Chappelle's Attacker Says He Was "Triggered" by Comic's Jokes

The push is already getting pushback, though, from one L.A.-area hotel. According to Kurt Petersen, co-president of hotel workers union Unite Here 11, management at Mr. C Beverly Hills made clear during recent contract negotiations that it won’t pay for a system, citing cost. “It speaks volumes about their values, for them to say it’s not worth the money,” says Petersen, who notes that Mr. C does not staff a 24-hour security office. “Room attendants, women in particular, have put up with sexual harassment and sexual assault for far too long. When they knock on the door of a guest, they never know what’s on the other side. This is a reasonable deterrent.” Panic buttons are GPS-enabled pendants (about $100 each), worn by staff, that connect to security. A rep for the hotel had no comment. 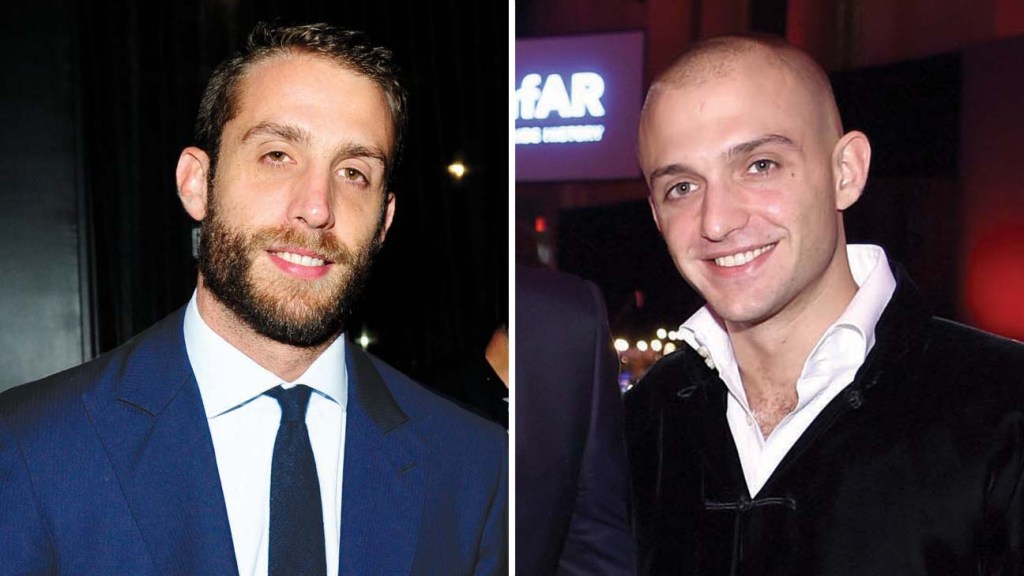 Fourth-generation Cipriani brothers Ignazio and Maggio opened Mr. C a decade ago in their early twenties, soon after their father and grandfather pleaded guilty to charges related to tax evasion in New York and were fined $10 million. The legal issues nearly toppled the family’s U.S. hospitality empire when the State Liquor Authority, citing the tax-evasion, considered revoking its nine liquor licenses for dozens of violations. (Ultimately the company reached a settlement that allowed them to keep their license.)

Sir Richard Branson and members of the Missoni fashion dynasty have checked in to the 12-floor, 138-room Mr. C, whose interiors, defined by highly polished rosewood walls and Murano glass chandeliers, recall a luxury yacht. Its eponymous lobby-level restaurant features the same carpaccio recipe which the brothers’ great-grandfather Guiseppe invented in 1950 at his famed Harry’s Bar in Venice. Before the onset of the pandemic, the entertainment industry turned the spot, located between the studios of Culver City and the offices of Century City and Beverly Hills, into a convenient power-lunch waystation. (The hotel’s address, a block south of its namesake city’s boundary, locates it in the city of Los Angeles.) On any given day, the reservations list has included Jamie Foxx or Sofia Vergara, Michael Douglas or Troy Carter, Jeffrey Katzenberg or Sony Pictures chair Tom Rothman.

Mr. C was in the news in 2017 as the site of a sexual assault when an Italian actress alleged that Harvey Weinstein — an early hotel investor and a longtime friend of the brothers’ father (also named Guiseppe) — raped her in a room in 2013. The accusation is among 11 counts of sexual assault for which L.A. County prosecutors have indicted Weinstein.

Carlos Santana, who’s worked evening shifts since 2015 as a houseman at Mr. C, tells The Hollywood Reporter that guests have habitually exposed themselves to workers and to his female colleagues in particular. He recalls an incident two years ago, at close to 10 p.m., when a man opened his room door, revealing his erect penis in his hand and asking, “You want some of this?”

“We’d all feel safer with the button when these kinds of things happen,” Santana explains. (In a survey published by Unite Here’s Chicago affiliate in 2016, more than half of workers reported being subjected to indecent behavior by a guest.)

Raquel Lezama, a nine-year employee who’s worked as a turndown and minibar attendant, has had her own experience with indecent exposure at Mr. C. But she points to another episode, five years ago, as Exhibit A for the need for better safety measures. Lezama describes fielding a radio call from a female colleague on another floor who she then found cornered by a drunken man, who’d pinned her against a table and a wall and was attempting to kiss her. She later learned that the guest’s room assignment had listed him as a VIP.

“If I had not guessed correctly where [the colleague] was working and gone straight to her floor, I might not have been able to rescue her before the man managed to take her into his room against her will,” says Lezama.