Full disclosure: When it comes to Jared Kushner, I’m wildly biased. As someone who sees the New York Observer of the 1990s and 2000s as one of literary journalism’s great accomplishments; and as someone who equates Kushner’s decade-long ownership and operation of the paper — where I worked from early 2011 to late 2012 — with the systematic disassembly of that legacy, I’ve got strong opinions about Donald Trump’s son-in-law and trusted adviser. And they’re based on firsthand experience.

Even before taking a job at the paper, I had learned plenty about Kushner as a media reporter at The Village Voice. Since Kushner had purchased the Observer in 2006, the paper — once a clearinghouse for the best media gossip in New York City — had become a meaty media gossip story in and of itself. Among the stories I covered: three star reporters giving notice in one week, and then-editor-in-chief Kyle Pope announcing, at an all-hands editorial meeting, that management of the Observer had become a “shitshow.”

There were other things I’d heard or read, like the New York magazine report that Kushner had ordered an Observer hit piece on the New Jersey Star-Ledger, the paper that helped uncover corruption on the part of his father, Charles Kushner, who landed in federal prison for two years in 2005 on several counts of tax evasion, illegal campaign contributions and witness tampering (Pere Kushner famously hired a hooker to solicit his brother-in-law in an attempted blackmailing). The resulting fairly reported Observer piece was “unsatisfactory’ to Kushner,” who, according to New York, “wanted more blood.”

So yeah, I knew about Kushner. But I took the job anyway. For one thing, the Observer still ran the kinds of intra-Manhattanite stories with a playful perspective that you couldn’t get anywhere else. For another, I was recruited by the Observer‘s then-editor-in-chief Elizabeth Spiers, a mentor of mine, who was convinced she had a handle on Kushner and felt that Kushner would operate in good faith with her until he didn’t, at which point, she’d leave. (And she did.)

Most of Kushner’s interactions with the staff back then were pretty cursory. He’d drop by, say, the launch party for the Observer‘s new tech site, or our Christmas party, sometimes with Ivanka Trump in tow. In a public setting, the guy knew how to work a room. He presents as articulate and charming if slightly too-polished, and he feigned just enough interest for the requisite five or so minutes he had to spend glad-handing the staff. Given the stories I’d written about him at the Voice, I did my best to stay out of his line of sight.

In early 2012, Kushner went to Spiers with “a tip” on a rival commercial real estate developer named Richard Mack, a co-founder of Area Property Partners (Mack has since moved on). At the time, Kushner was feuding with Mack over a deal involving 666 Fifth Ave., the Kushner Companies’ flagship holding, a building purchased in 2007 for a then-record $1.8 billion dollars (the highest price ever paid for a building in the city). The Kushners had overpaid for the building and then the real-estate bubble burst, so they were ass-over-teakettle in debt, which Mack was in the process of buying up. Apparently, this resulted in a spat between the two titans, and Kushner was somehow aggrieved by Mack. 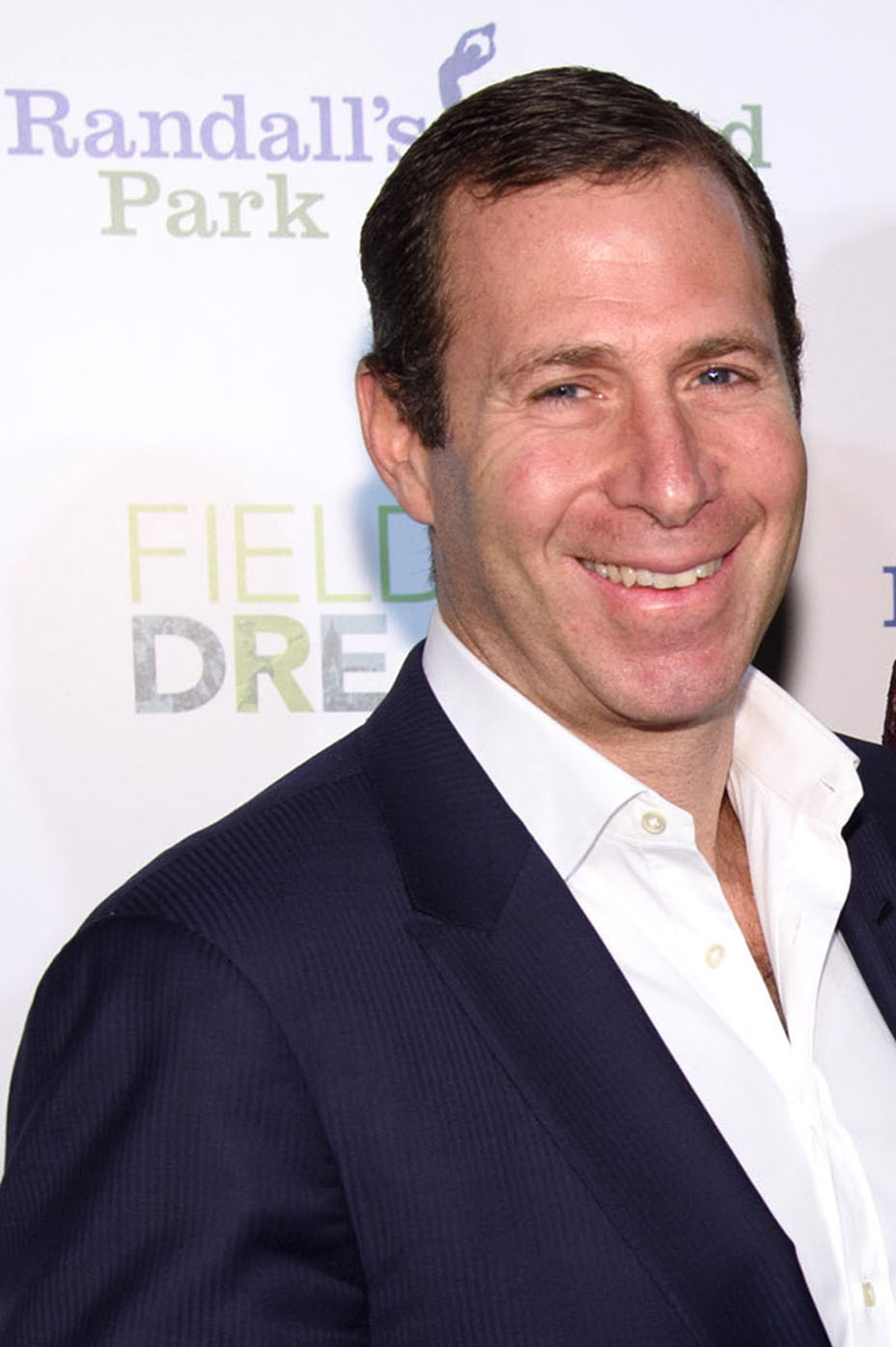 Kushner made it abundantly clear that the tip wasn’t to be ignored. Spiers put one of the Observer‘s best reporters, Dan Geiger — arguably the most dogged reporter in our newsroom, and one of the most knowledgeable reporters on the commercial real estate beat in the city — on the case. Geiger made something like 15 calls trying to move the tip forward, and came up with bupkis. Spiers relayed this to Kushner, who told her to have Dan keep digging. Geiger made more calls. Again, nothing.

This is where I was brought in. I’d never reported a single real estate story and knew nothing about the industry’s leading figures, much less its finer points. I wasn’t eager to be dragged into this, as a former media reporter, as an erstwhile antagonist of Kushner’s, and as a human being with a functioning brain. But I understood Spiers’ position, and, I figured, leads from far seedier places have turned out to be true.

I learned the thrust of Jared’s story from Geiger. And by the time I’d made three calls, I’d discerned two very important facts:

1. The story was plainly bullshit.

2. Pursuing it wasn’t a fool’s errand so much as a goddamn moron’s mission.

The biggest red flag was that Kushner’s “Deep Throat” wouldn’t come directly to us. If his source was as infuriated about the story as we were led to believe — and if the allegations against Mack were undeniably true — he or she would absolutely have talked to us. No dice.

Kushner had put us in a classic lose-lose situation: From his perspective, if we were unable to bring him the one story he wanted, we were failures as reporters. To those outside the Observer, we were risking our reputations — and the paper’s – by bulldogging some insane tip about one of the owner’s business rivals.

I started calling Kushner’s lead “The Big Dick Mack” story,” and it became a running joke — until Kushner called me and Geiger in to discuss why we hadn’t nailed it down.

I found myself in a conference room with Kushner, who wore a Cheshire Cat smile, jeans and Asics, which were kicked up on the conference table. He looked very much the Boy King — Joffrey Baratheon by way of northern New Jersey.

His voice began to quake a little as he peppered Geiger and me with questions on the work we’d done chasing down his tip. Did you call this person? Did you call that person? What about Person X? What’d they say? He went from cool to hot as we told him that nobody had anything for us.

Finally, I asked Kushner why the one source he was certain could verify and corroborate the tip wouldn’t help us confirm the story. Kushner chuckled and replied: “Because he’s not sleazy — not like us, right?” Dan and I laughed uneasily. Then, before ushering us out of the conference room, Kushner assured us there was one person among those we’d already spoken with, who had nothing to say, that he would get to give us the goods. We shuddered, and did our best to forget any of this had ever happened.

A few weeks later, a calendar invite appeared in Geiger’s and my inboxes — a meeting with Kushner, his “source,” and the two of us. Neither of us had touched the story since that last meeting, and we both knew that whoever the source was, that person was talking to us in hopes of currying favor with Kushner.

When we were shown into the conference room at the top of 666 Fifth, Kushner was already there, all smiles. So was “Deep Throat,” with a head full of flop sweat.

Geiger and I put our phones on the table and turned on our voice-recording apps. For good measure, I put a separate voice recorder down as well.

Dan and I assured him, “Oh yeah, we get it, totally cool.” And with respect to being off the record, we were: I’m still obligated not to reveal what was discussed. But I can say that we asked the source, directly, if they had the story and assured them that if they could confirm what Kushner alleged to be true, it’d be a hell of a yarn. The source clammed up immediately. I was left with the impression that Kushner’s claim was only something that “Deep Throat” had intuited, not something that, by journalistic standards, constituted an actual, defensible story. Or that someone trying to impress Jared Kushner didn’t realize what their claim actually involved until they were facing it down, head-on.

Kushner initially appeared to be flummoxed, but, very quickly, took control of the situation, scrambling, instructing Geiger and I to back off. “If there’s no story there, we’re not going to write anything, of course,” he announced, not without a little performative flourish.  We all agreed, and that was the end of “The Big Dick Mack” story.

Until, of course, it wasn’t. Long after Spiers, Geiger, and myself had exited the paper, as she tells it, Spiers’ husband (who remained at the paper as a real estate editor), came home to her one day. He explained that he was told by the next editor-in-chief — Ken Kurson, a longtime Kushner crony — that he had a great story.

It was about a guy named Richard Mack.

Candace Bushnell on How 'Sex and the City' Really Began