Broadway producer Bill Damaschke insists on standing at the back of the audience for nearly every performance of his musicals. For more than six weeks this summer, that meant racing between the Al Hirschfeld Theatre, where Moulin Rouge! began previews June 28, and the Longacre Theatre, where The Prom closed its Tony-nominated run Aug. 11. This routine was disrupted only on the night of July 13, when a blackout shut down all of Broadway as well as a large swath of Manhattan’s West Side (Damaschke hunkered down with the Moulin Rouge! cast, while writer John Logan was stuck for hours in an elevator). During his busy summer, Netflix greenlit a film adaptation of The Prom, with Ryan Murphy directing, that will star Meryl Streep, James Corden and Nicole Kidman (Damaschke, 55, will produce). All the while, Moulin Rouge! has become the best-selling show of the new season on Broadway, with gross sales topping $2 million a week.

Before Broadway, the Chicago native spent 20 years at DreamWorks and spinoff DreamWorks Animation, where as chief creative officer he shepherded some of the company’s biggest hits, namely the How to Train Your Dragon franchise, and helped several of them, including Shrek the Musical, migrate to the stage. Married to power business manager John McIlwee, Damaschke splits his time between L.A. and New York (the couple bought and refurbished the historic John Lautner Garcia House in L.A. and the Gerald and Betty Ford estate in Rancho Mirage). He invited THR to his offices in the landmark Brill Building in midtown to discuss the early days of DreamWorks, his brief stint at Skydance Animation and the behind-the-scenes support for John Lasseter.

It was amazing. Steven [Spielberg] was a frequent visitor and saw screenings of films and weighed in on development. But Jeffrey [Katzenberg] was day-to-day and hands-on. It was so exciting. It was a view into a startup. We would spend all day trying to figure out budgets and schedules for the movie and hiring people, and then at night we’d go to Ikea and buy lamps and desks because that’s what the company was at that point. Jeffrey was a wonderful teacher.

Why did you leave DreamWorks Animation in 2015?

It felt like the right time for me to leave. The company was looking to make a sale at that time. NBCUniversal-Comcast purchased it. The stakes were so high because we were a public company. We could open a movie, it could make $300 million, and our stock would go down. Jeffrey Katzenberg and Ann Daly and myself, when we were leading that company, we were taking big swings all the time. Sometimes they worked, and it was out of the park, and sometimes they didn’t. But there was a sense of creative risk-taking there that really was pretty amazing. 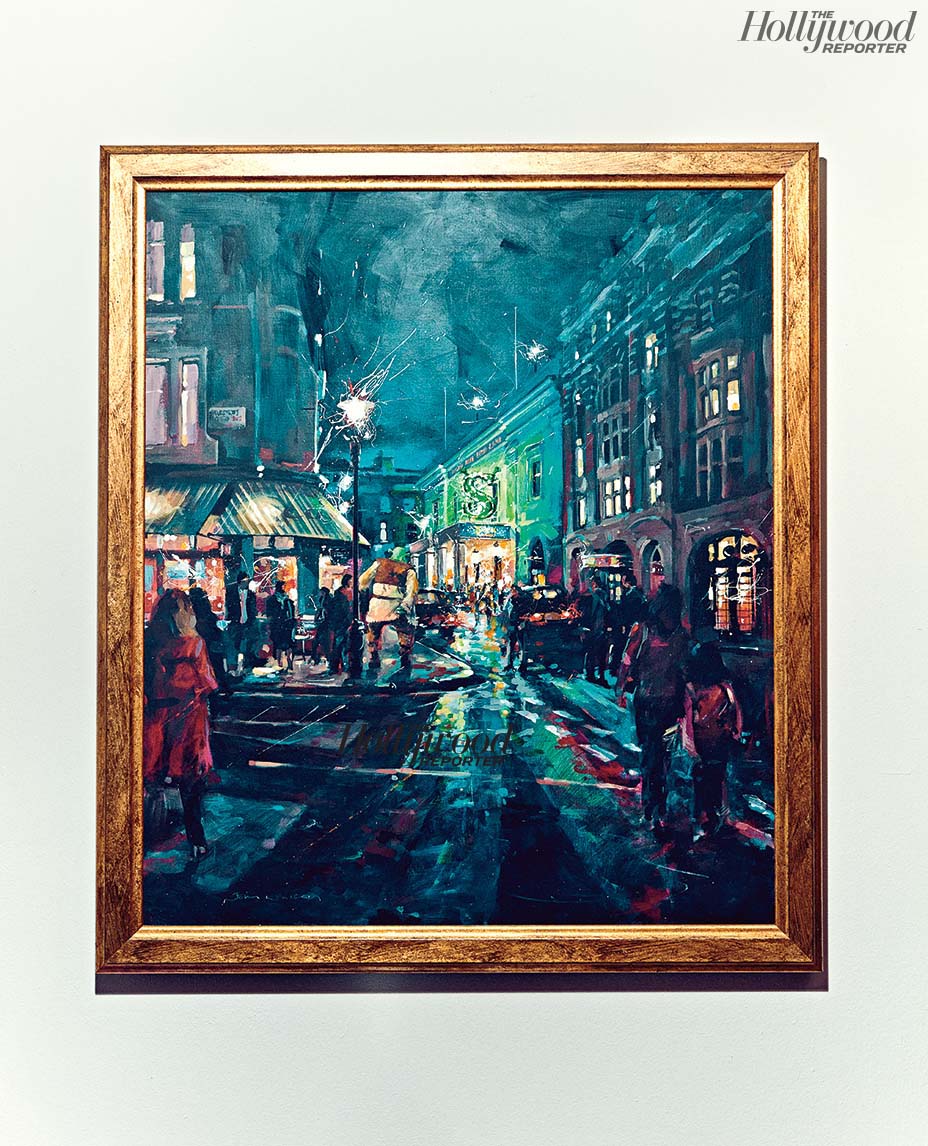 Why was your stint at Skydance so brief?

I was there for about 18 months. David [Ellison] is building an animation division there that’s founded on a lot of the values that I personally have. We put together a pretty exciting and incredible group of people. And then the Skydance team decided to bring John Lasseter into the company, and it was clear that there wouldn’t be a role for both John and myself.

Were you surprised by the backlash against the move to hire Lasseter after he left Disney over allegations of inappropriate behavior, and do you think it’s fair?

I wasn’t surprised because I think it was the first moment where someone who had had some controversy around them was coming back into the workplace. So there was no precedent for it. But I also saw people who had strong feelings and felt like it was the right thing to do. There were many people, some of them who worked at the company at the time, who were very, very happy to see him and were excited to get to work with him. So the one thing I learned is it’s definitely not a black-and-white situation. It is a very, very gray situation, and everybody was doing their best in how they were handling it at the time. Time will really tell. I hope when people look back, it will be an example of how people can come together and acknowledge whatever the situation is and move forward together.

Give me a sense of the financials on a major play like Moulin Rouge!

Because of the unique situation with music rights — 70 songs, 161 authors, 30 publishers — it needed a healthy budget. It was a very, very big risk in terms of a big-budget Broadway musical. The capitalization of Moulin Rouge! is $28 million.

What’s harder, taking IP from screen to stage or stage to screen?

Screen to stage. The main challenge, especially if the title is something like Moulin Rouge! or Shrek, is that people have such an expectation and such a relationship with the story and the characters. People come with a preset list of things that they want or don’t want or expect or don’t expect. 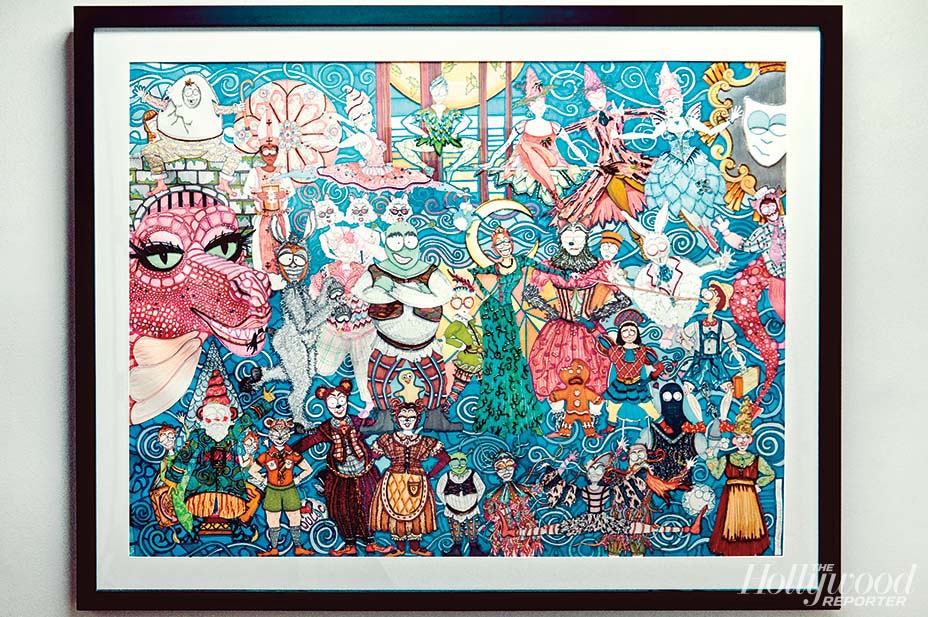 What kind of input did Baz Luhrmann offer on Moulin Rouge!?

He’s been very, very involved and came to rehearsals and workshops along the way. He seems to love it. We took some liberties, and there are things that we did in the show that are not choices that were made in the movie. And the thing I love about Baz is he didn’t challenge the choice. He was like, “Well, if that’s the direction you want to go and that’s the choice you want to make, go for it. Just really, really go for it.” 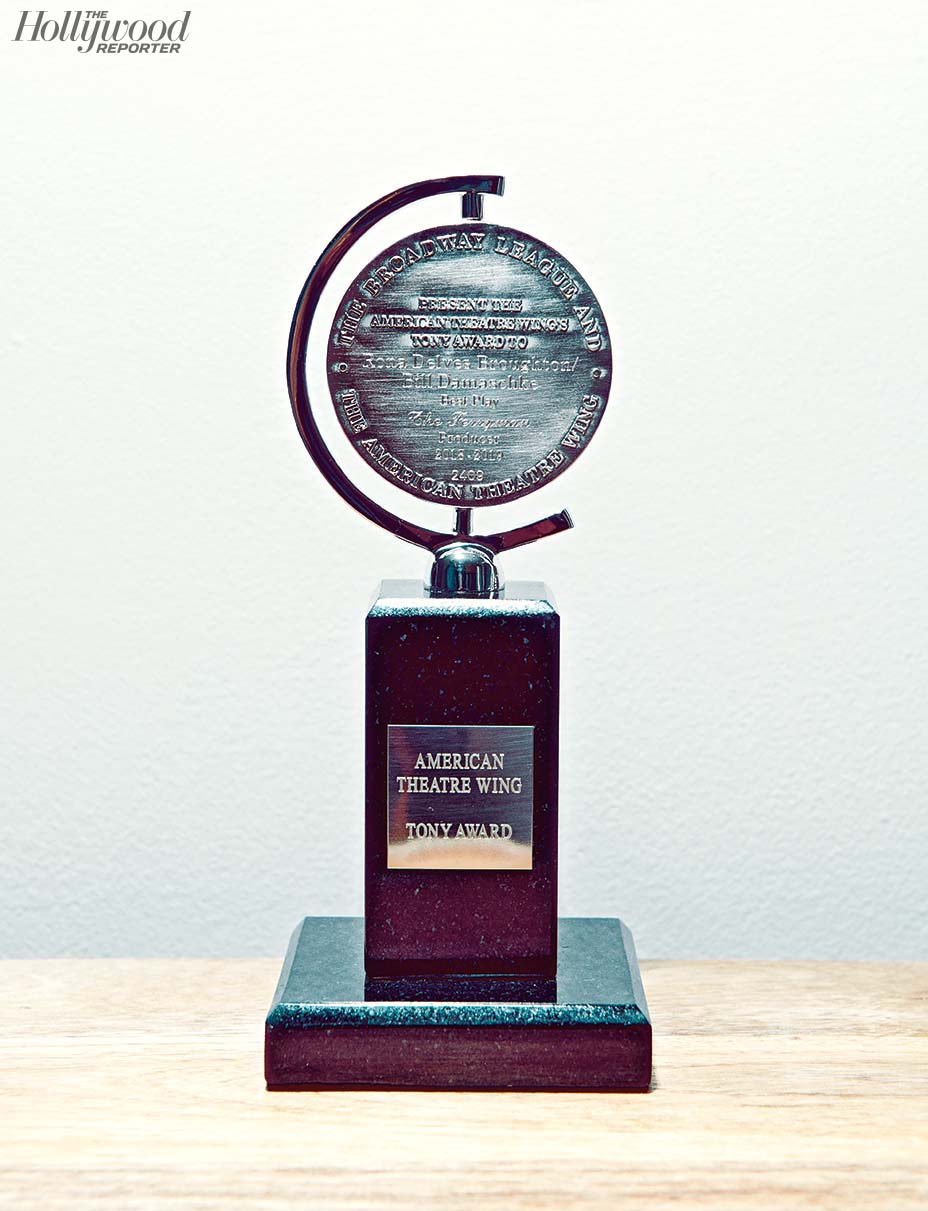