Now in her fourth decade in entertainment, Debra Martin Chase has produced blockbusters and awards bait, making comfortable homes for herself in Manhattan and the Hollywood Hills along the way. But on this late January afternoon, she’s in a trailer in suburban New Jersey — speaking by phone during a break from shooting her new Queen Latifah drama for CBS, The Equalizer, which premiered out of the Super Bowl. Chase had worked with Latifah on the 2010 movie Just Wright and reached out to her the minute the Oscar nominee’s last show, Star, wasn’t picked up. “I said, ‘Let’s see if we can get in some trouble together,’ ” Chase recalls with a laugh.

For someone who got her start in corporate law before becoming the first Black woman to produce a film to gross over $100 million (Courage Under Fire) and to have a deal at a major studio (Walt Disney Co., from 2001 to 2016), she’s never been busier. At 64, the arts evangelist — she’s on the boards of the New York City Ballet and the Second Stage Theater — has a fresh pact at Universal Television and is focused on leveraging years’ worth of relationships in a town that’s newly receptive to the stories she’s been telling for a long time.

So, how does one get Queen Latifah to commit to a remake of a CBS procedural?

Pearlena [Igbokwe, chairman of Universal Studio Group] brought The Equalizer to us. Now, this was two years ago — pre-pandemic and pre-BLM, but people were still feeling disenfranchised. The justice system was letting people down. A show about someone correcting the scales between the haves and the have-nots, the privileged and the poor, would appeal to people.

You were a lawyer for a decade before coming to L.A. What made you finally take the plunge?

I didn’t know anybody in the entertainment business, and I certainly didn’t know anybody who looked like me in the entertainment business. It just seemed so far away, so uncertain. I came out of law school and practiced for a few years at big firms and big corporations in Houston and New York. By then, I’d gotten a divorce, and it was just time. I didn’t want to wake up one day and think, “Woulda, coulda, shoulda …” 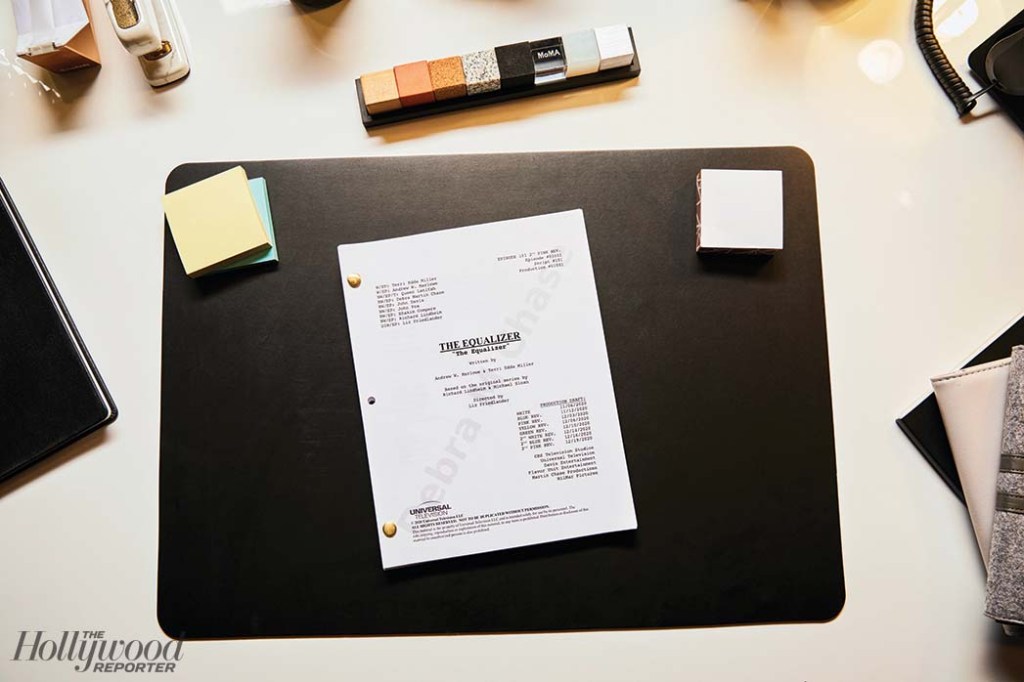 I was a super delegate to the Democratic Convention for Michael Dukakis, and I worked on David Dinkins’ [New York] mayoral campaign. I was offered a job in his administration. I had always been very interested in politics, but I had met a few people during the campaign who were in the business. I just decided I was gonna go for it.

How does a lawyer with no entertainment experience become an executive at Columbia Pictures?

Frank Price had come on board as the new chairman. I met him at a luncheon when I was in the [Columbia Pictures] training program. We got to be friendly, and later he brought me on as his executive assistant. That was my big break. In the evenings, I got to ask questions about the decisions of the day.

Your mentors back then, were they just white men?

White men and Nina Jacobson. Mm-hmm. And then Denzel. I ran Denzel’s company [Mundy Lane Entertainment] for four years. He’s one of the greatest actors of our time, but he also taught me so much about character and story. 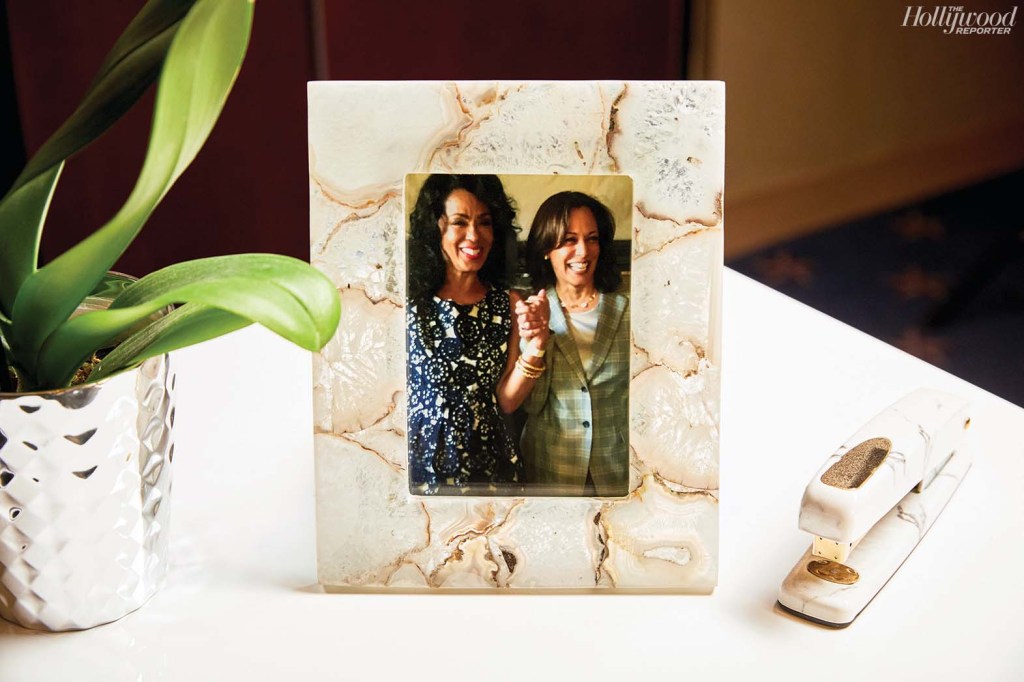 How’d you come to work for Denzel?

When Frank Price was ousted, he gave me a contract and officially put me on the creative staff. But I was his person still, kind of persona non grata. I felt like the lone Democrat in a Republican White House. So I’m walking across the lot, and I see Denzel going to lunch. I pull up, introduce myself and I said look, “If you ever have a project you’d like to talk about, I would be very interested.” I go back to my office —I think they had taken a broom closet and turned it into an office for me, not gracious at all — and I get a call from Doug McHenry. He had just had lunch with Denzel, who parted ways with his manager and was looking for somebody to run his production company, and Doug had suggested me. A week later I went to go work with him.

You made Rodgers and Hammerstein’s Cinderella for ABC back in 1997. It was a landmark project, in terms of inclusive casting. Did you get pushback?

It was so hard. I was producing partners with Whitney Houston. We had a company, Brown House Productions, based at Disney, and Whitney was attached to be Cinderella. But Whitney was too old to be Cinderella, that was the hesitation. She and I had the frank conversation, and it was [producers] Craig Zadan and Neil Meron who came up with the idea of Brandy as Cinderella and Whitney as the Fairy Godmother. We had this idea for the rest of the cast — not colorblind but multicultural — and it was like pushing a boulder up the hill. During yet another casting meeting at William Morris at, like, 10 p.m. with a ticking clock to the start date, it really wasn’t coming together. I stepped outside and burst into tears. My agent at the time, Nicole David, looked at me and said, “If it were easy, it would’ve been done before.” It’s one of the things I’m most proud of.

Where does that rank among challenging projects?

I mean, I’ve had a few. [laughs]. The Cheetah Girls was the Disney Channel’s first musical, before High School Musical before Camp Rock. But I originally developed it as a series. They sent the script around to Disney Channel International, to get their buy-in, and they said, “We can’t sell this. Basically, no one is going to believe that these girls — these Black girls living on Park Avenue — exist.” I was furious. To his credit, Gary Marsh, who is still the head of the Disney Channel Worldwide, said “Look, I can’t control series but I do control the movies. If you turn it into a movie, I’ll make it.” So that’s what we did.

From The Princess Diaries to The Sisterhood of the Traveling Pants, you worked with a lot of young talent who have huge careers now.

Who knew that I was making stuff that I loved and also buying some career longevity insurance? (Laughs.) Blake Lively, who I hired out of Burbank High School, was 15 and had never worked before. I put Jesse Williams in his first movie. Shonda Rhimes was my intern when she was at USC. I gave her her first paid writing job, on the Hank Aaron documentary [1995’s Hank Aaron: Chasing the Dream]. 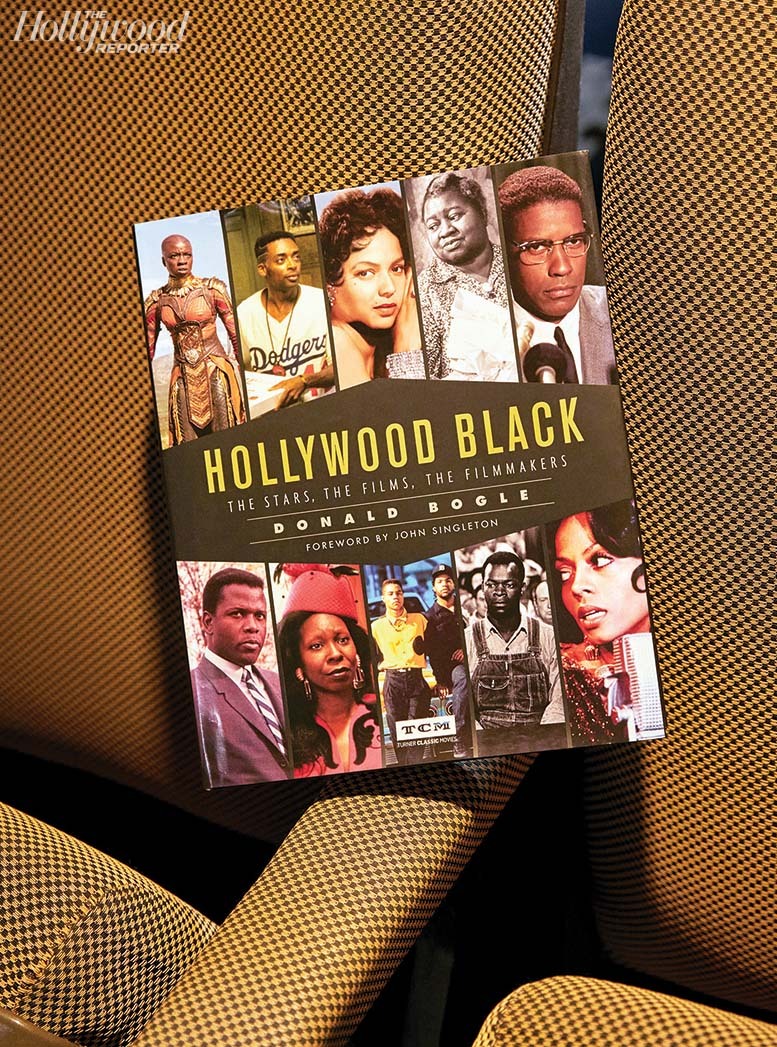 Can we talk a bit more about your relationship with Whitney?

She was a gifted, lovely person, and she carried the burden of stardom. It’s a lot to have your life scrutinized, and she really wanted to lead a normal life. One day, we were on our way to a Cinderella dance rehearsal in North Hollywood and she said, “I want to stop and get some snacks.” We walked into that Gelson’s in the Valley, off Laurel Canyon. We barely got inside the door, and on the loudspeaker we hear, “Oh my God, Whitney Houston just walked into the store!” We turned around and ran out. She looked at me and she said, “Why did I think I could walk into the grocery store?”

Sparkle turned out to be our last experience together. I still think it was one of the best performances of her career. And she was sober the entire time. My first stop every morning was to make sure she was in the chair, doing OK. One morning, I was exhausted, and she had the gospel music cranked up and she was singing and just happy. I looked at her and I said, “What are you on?” Like, that’s a normal thing you would say to anyone! Both of us looked at each other and cracked up laughing. She wasn’t on anything. She was just happy. It’s such an enormous tragedy.

Have you ever wanted to go back to law — or do something else?

About six years ago, I was going to quit. Nobody was interested in making movies about women or people of color. Not that it’s all I do, but my voice, my brand, is about female empowerment and inspiration. But I’d gotten to that point where I was stale. Then, the business started changing. Finally Hollywood started to realize that diversity was not just the right thing to do but that it was good business. Once the town realized they were leaving money on the table, there was no looking back. I’m glad I stuck it out.

I’d guess your phone has been ringing a lot more lately.

Oh yeah. I probably have about 20 projects in the works, film and TV, right now. And listen, I can remember castings and having my pick of the African American actors — because, sadly, nobody was working. That is definitely not the case now, and I’m thrilled.