Netflix’s resistance to altering its distribution strategy has been well documented, but according to Participant Media CEO David Linde, it was easier to get the streamer to agree to a theatrical release for Roma than one might expect.

Asked how the Jeff Skoll-founded production company did it during a keynote discussion Wednesday morning with The Hollywood Reporter editorial director Matthew Belloni, Linde responded, to laughs, “Magic.”

In fact, Linde continued, Netflix was equally committed to helping the black-and-white film from Alfonso Cuaron be seen by as many people as possible. “We had a pretty clear idea of how you could release the film theatrically. Ultimately that meant a real focus on independent cinemas around the world,” the exec explained to a ballroom of entertainment attorneys attending THR‘s 13th annual Power Lawyers breakfast.  “We went into it — and Netflix agreed — we said, ‘Look, we’re going to go for it. We have to go for it. To the extent there’s demand, and we want you to create it, then we want to fill the demand with every theater you can get.'”

Wide distribution and a theatrical release were two reasons that Roma landed at the streamer, which has nearly 140 million members worldwide. Per Linde, they screened the Spanish-language film to a half-dozen global distributors in spring 2018 and had multiple offers for the movie. “Netflix addressed our issues,” he said, explaining that he did not want the film marginalized because it was a foreign-language title. Although the global theater chains declined to show the pic because of Netflix’s plan to release it on streaming mere weeks after its theatrical debut, Linde said it was still the right deal to make: “Through their commitment in terms of the presentation and marketing of the movie, we were sure it twas going to be seen by millions of people.”

Roma went on to win three Oscars this year, including for directing and foreign-language film, but Netflix has never said how many people ultimately saw the film. When Belloni asked how much Netflix told participant about the overall viewership, he responded, “You know, they were pretty open. The movie has been seen by a lot of people.”

Despite Belloni’s effort to press for more details (“Like how many?” “Tens of millions or hundreds of millions?”), Linde wouldn’t budge. “In a room full of lawyers who are undoubtedly familiar with contracts made by large media companies, I will say they were very open,” he said with a chuckle.

Skoll started Participant 15 years ago with the idea, according to Linde, that “storytelling could be a catalyst to real positive social change.” A longtime film executive and producer, Linde joined the company in 2015. During his tenure, Participant has been behind such titles as Green Book, On the Basis of Sex, Beasts of No Nation and RBG. Linde said that in the last year he is seeing increased interest from brands, corporation and high-net-worth individuals into the work that Participant is doing, a change he attributed to the “rise of what we call the conscious consumer.” It’s a new piece of the company’s partnership model that is now coming together.

Another area of focus for the company is in producing more episodic content. While Participant will continue to invest in narrative features and documentaries, Linde said that, “For us to reach an audience, we need scale. Doing more movies is not the way to create scale. It’s really through episodic programming.”

The exec also explained that the goal for the company is to develop a direct relationship with its audience. “We will be a different kind of consumer-facing brand,” he said. “We will be a consumer-engaged brand.”

Earlier during the breakfast, held at the Waldorf Astoria and sponsored by City National Bank and ISAIA, THR honored WarnerMedia Entertainment general counsel Eve Konstan. She joined HBO 20 years ago and had served as its lead lawyer since 2014 until her promotion to the network’s parent company on March 21. 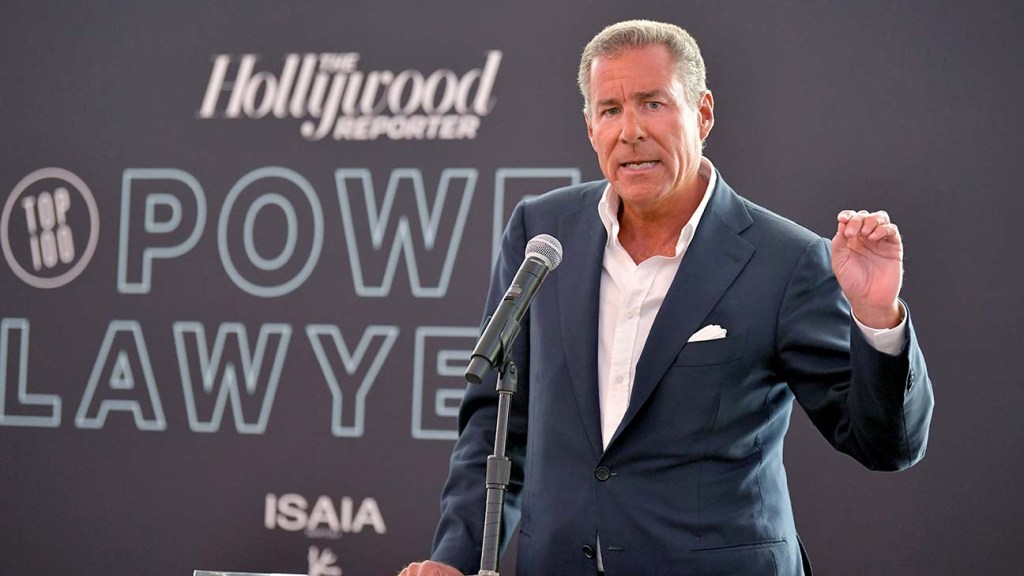 Outgoing HBO CEO Richard Plepler, in one of his last duties for the company, introduced the Raising the Bar Award recipient, calling her “the rarest of figures” in the industry because “she is the entertainment executive who doesn’t want any public approbation or credit, whatsoever.” He went on to praise Konstan’s decades of work for the brand: “I cannot tell you the number of times during my tenure, and the number of times over the course of HBO’s modern history, that a decision that we have made has been improved upon and changed for the better because Eve was in the room.”

Before calling Konstan to the stage, Plepler added, “Everybody at HBO will continue to have the enormous benefit of her grace, her judgement and her intelligence.” Konstan, for her part, described how, early in her career, she learned that lawyers are not always valued within companies. “At HBO, we recognize and value lawyers” throughout the creative and business process, she said. “Now, everyone knows that a lot has changed at our company and in our industry,” she continued. “The AT&T acquisition of Time Warner closed less than a year ago, and we’ve already seen some very significant changes. But I’ve had the chance to work closely over the last nine months with David McAtee, the general counsel of AT&T, and also Jim Meza, the general counsel of WarnerMedia, and I have great respect for both of them. And I believe that they also value lawyers, and that makes me optimistic about the future of our company.” 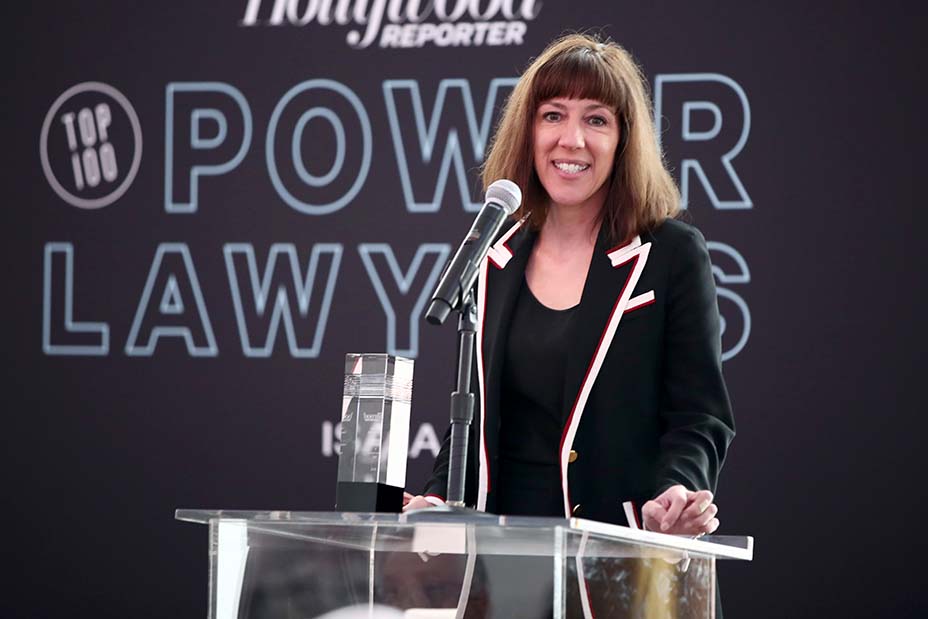