Two days before Disney closes a $71.3 billion acquisition of most of the Fox empire, Rupert Murdoch sent a wistful note to staff thanking them for their contributions to the business and promising that his new, slimmed-down Fox Corp. will “invest in high growth initiatives.”

“When this transaction is complete, I anticipate tremendous opportunity for our businesses and colleagues alike,” read the 88-year-old mogul’s parting note. “21CF’s film and TV studios will align with Disney to maximize their impact with compelling storytelling, global reach and scale, and an unsurpassed range of consumer relationships, extensive brands and breakthrough over-the-top media capabilities.”

Murdoch added, “Fox will be a force in the U.S. market with powerful brands, leading sports, news and entertainment programming, and resources to invest in higher growth initiatives.”

In the Disney deal, originally unveiled in December 2017, the Bob Iger-run conglomerate will acquire studio 20th Century Fox as well as the Fox TV studio and National Geographic and FX cable channels. Meanwhile, the newly named Fox Corp., led by Murdoch’s son Lachlan, will comprise Fox News as well as its national sports networks like FS1 and the Fox studio lot.

On Tuesday, Fox Corp. added former congressman Paul Ryan as well as Anne Dias, founder of Aragon Global Holdings, and Roland Hernandez, the founding principal and CEO of Hernandez Media Ventures, to its board of directors.

Murdoch’s March 18 note to employees is below. 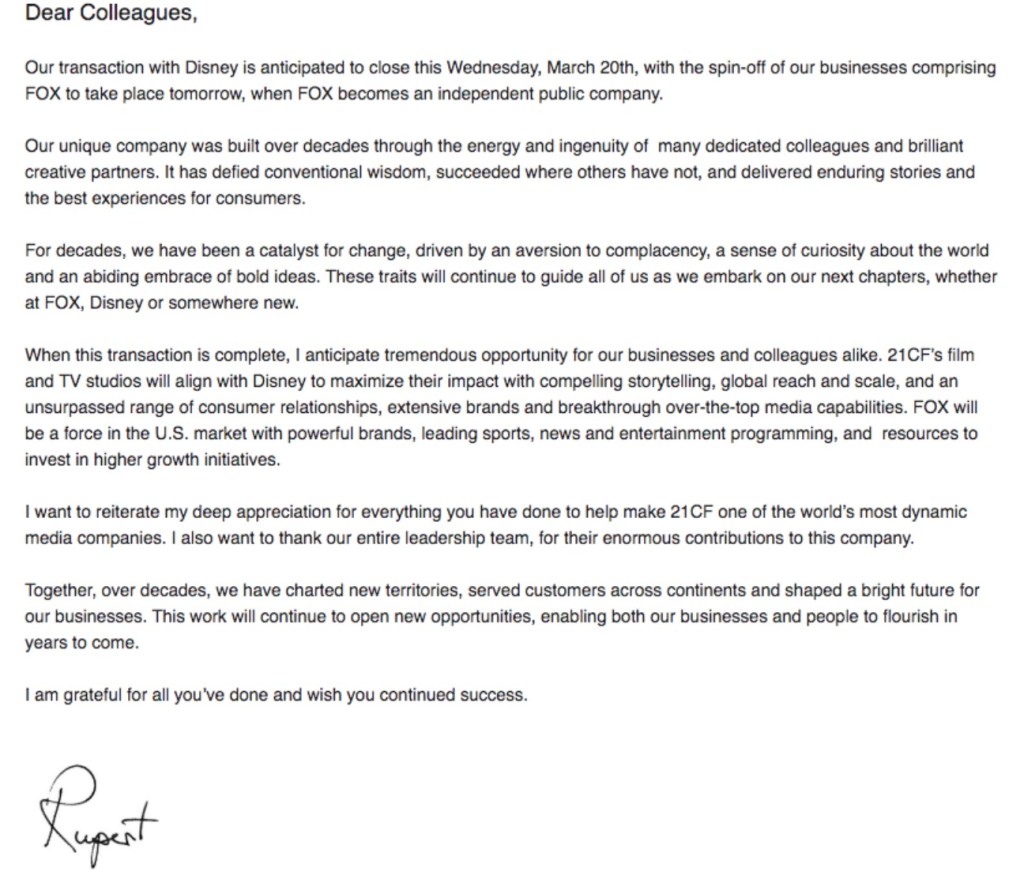