Following the police killing of George Floyd on May 25 and the subsequent Black Lives Matter uprisings that swept the U.S., there was a nationwide rallying cry to support Black-owned businesses, resulting in a flood of new customers to many.

“We just kept getting orders all day. We got 400 Saturday, the next day we got over 1,000,” recalls James Fugate, co-owner of Eso Won Books, one of only a handful of Black-owned bookstores in Los Angeles. The shop temporarily halted new orders in June to catch up with the rush.

Now, six months after protesters first took to the streets, it seems as though the conversation has had a long-term impact in L.A.

“We are doing much better than we usually did at this time,” says Fugate. His shop’s sales, fueled by online purchases, are at all-time highs, if below the summer surge.

And though restaurants in L.A. County have been dealt yet another blow with the halting of outdoor dining Nov. 25, Black-owned eateries have continued to profit. 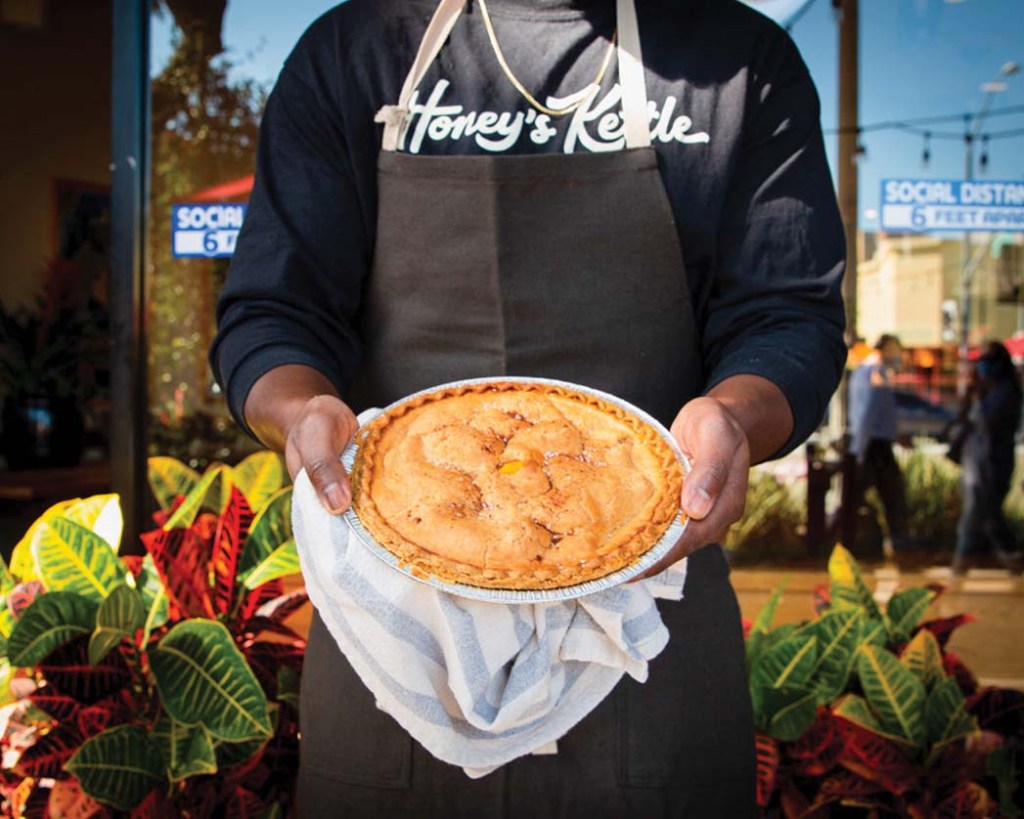 Business at Culver City fried chicken stop Honey’s Kettle saw “a 50 percent increase in summer months, and that same number has carried through,” says Marques Williams, managing partner of growth and operations for the 40-year-old family business. The eatery also saw a flood of attention after it was featured in Pharrell Williams and Jay-Z’s August music video for their Black-business song “Entrepreneur.” The video has nearly 10 million views on YouTube, and previewed Pharrell’s December launch of Black Ambition, a nonprofit initiative supporting Black and Latino entrepreneurs who are launching tech, design, health care, and consumer products and services startups.

“We almost couldn’t handle capacity. It definitely put a strain on our business because our lines were around the corner,” Williams says. “The amount of support and new customer acquisition that we were able to get was amazing.”

Inglewood’s Hilltop Coffee + Kitchen, where actress Issa Rae is a partner, also “saw a significant uptick in foot traffic and online ordering in June and through the summer” with continued success, says co-founder Yonnie Hagos. 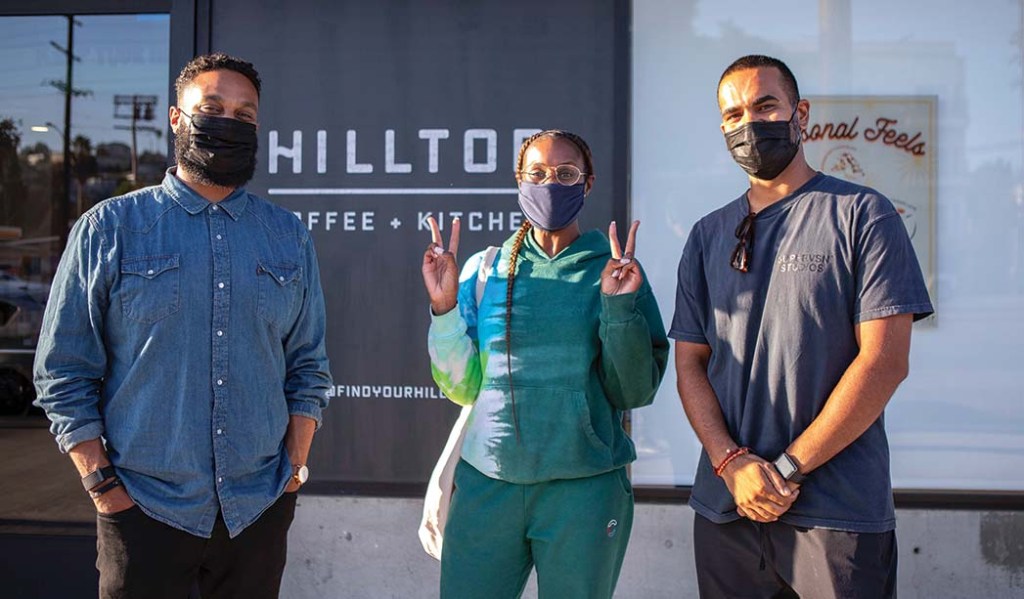 He recognizes that Hilltop, which has locations in View Park and Inglewood, might not have survived the pandemic without the extra community support. “It’s so much easier to support the big chain businesses because they’re everywhere. It makes me think of that episode of Trigger Warning where Killer Mike spends three days trying to shop for 100 percent Black-owned products at 100 percent Black-owned businesses,” Hagos says. “It’s not always easy. You have to be very deliberate to support a business like ours every time. I think sometimes convenience wins out.”

In the lifestyle space, Cameroon-born designer Claude Kameni says that her brand Lavie by CK — worn by Jenifer Lewis on a recent episode of Black-ish — is “being looked at more and getting more attention, which is a step forward.” And L.A. interior designer Justina Blakeney says her online store, Jungalow, did twice the number of sales in June as in the months prior, even landing on Beyoncé’s recently launched directory of Black-owned businesses. Jungalow is now seeing media attention and inclusion on holiday gift guides for the first time.

“I’ve been pretty surprised that a lot of the support has been sustained,” Blakeney says. “Sure, June was a special month, but we are still seeing a lot of support and love from the community and we’re very grateful.”

Not everyone has sustained the same level of success. Mariama Diallo, founder of fashion brand Sincerely Ria, says while she’s beyond grateful for the boost she did receive, “since the conversation to amplify Black voices and supporting Black businesses has decreased, so has the support. Unfortunately, most of the time the support is surface level and ends with a one-time-only purchase.”

Adds Chef Velvet of Hollywood vegan soul food restaurant The V Tree, which she opened in April with Nick Cannon, “Our business is still doing well now, but you can definitely tell that ‘support Black’ was just a fad for some.” It no longer has the hourlong takeout times it had in June. Similarly, Boris Kodjoe and Nicole Ari Parker, the husband-and-wife duo behind fitness brand Gymwrap, tell THR that sales have slowly tapered off since highs over the summer, and Inglewood restaurant The Serving Spoon started a GoFundMe to keep business afloat, which was shared on Twitter by Matthew A. Cherry.

In order for these businesses to thrive long term, Velvet says customers need to be intentional with their purchasing power.

“If you’re about to shop, do research and find a Black-owned company that sells what you need,” she says. “Sometimes the prices may be a little more expensive than larger chains, but your dollars are helping to keep Black-owned business running.”