Paranoia is rife in America. Is the president an agent of a foreign power? Is the economy due for imminent collapse? In this climate, Bruce Wiseman, the Church of Scientology’s longtime go-to celebrity money manager whose firm’s clients have included everyone from Jenna Elfman and Kirstie Alley to Beck and Lisa Marie Presley, is stepping out with urgent advice: Take your money offshore. Nominally out of the game (the state of California told Wiseman to stop advising clients in 2011, but he says he had quit years earlier), he now is preaching his peculiar prosperity gospel under a pen name in books and a newsletter.

Get him going, as THR did over lunch at Musso & Frank, and he’ll explain why it’s time to airlift your assets, citing a quadrillion-dollar derivatives bubble about to burst, and exactly how to do it. “Some people are like, ‘Offshore? Really?’ There’s a lot of negative PR put out by the IRS and the Treasury Department,” says Wiseman, unexpectedly chatty for someone involved in two press-shy arenas: the upper ranks of Scientology (he joined the church decades ago) and the nether reaches of offshore banking. “They don’t want dollars going out of the country. But it’s perfectly legitimate. Just because there is probably drug-dealing doesn’t mean you’re of that ilk.”

The 75-year-old grandfather is prominent within the church hierarchy as the national president of its Citizens Commission on Human Rights, the primary organ of Scientology’s fight against psychiatry. For this and other work on behalf of the controversial church, he has received its highest honor, the Freedom Medal. (Isaac Hayes and Anne Archer are among the high-profile members who have been granted the seldom-bestowed accolade.) “He’s a big name in Scientology,” explains Tony Ortega, a noted critic of the church and author of The Unbreakable Miss Lovely: How the Church of Scientology Tried to Destroy Paulette Cooper. “In that community, there are people who are thought of as opinion leaders. I’d definitely put Bruce Wiseman near the top of that list.” 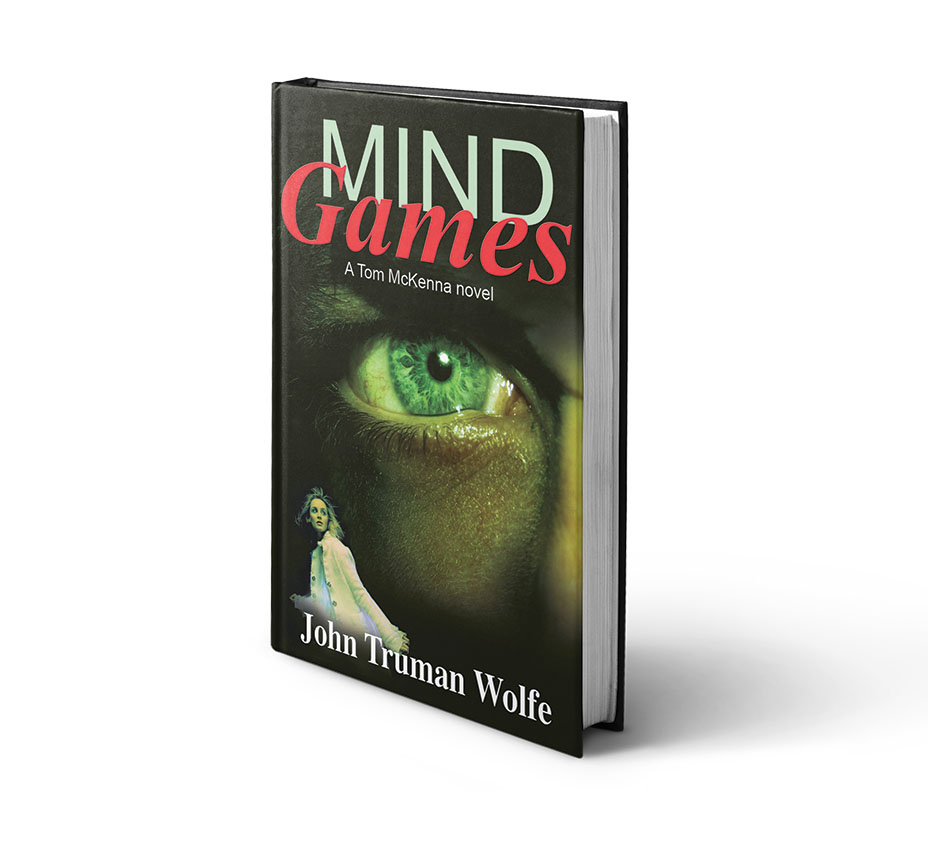 Early in his career, Wiseman, who has a master’s in history from San Jose State, spent years in retail banking, first as a loan officer at Security National in San Francisco, later moving to Beverly Hills to join First Professional. Soon afterward, he and longtime Scientology friend Kevin Burke (whom he calls “K.B.”) set up Wiseman & Burke, an accounting and investment advisory firm with a specialty in entertainment. Some of Scientology’s biggest Hollywood names soon joined the roster, including Giovanni Ribisi, Nancy Cartwright and Michael Pena. (Noted apostate Paul Haggis also has been a client.)

Begun in 1985 and once situated on the Sunset Strip across from Chateau Marmont, Wiseman & Burke now shares a building in Glendale with UMS Banking, a payment-processing company run by top church members. Both firms are connected to World Institute of Scientology Enterprises, an organization whose executives are adherents of the church’s elite Sea Org. WISE seeks to leverage L. Ron Hubbard’s teachings toward members’ business endeavors.

Wiseman says he left Wiseman & Burke in 2006 to pursue a career as a writer (under his pen name John Truman Wolfe, he has published a series of private-detective mysteries, including one about a boutique Beverly Hills bank specializing in loans for Hollywood clients). He also tends to a market research agency called On Target. “I’m not a principal [at Wiseman & Burke] anymore,” he says. “Occasionally K.B., who is still a dear friend, asks me to do something, but it’s his baby now — he runs it. I don’t have a piece. We negotiated a friendly buyout.”

But five years after Wiseman says he stepped away from the firm, California’s Department of Corporations demanded Wiseman desist from conducting business as an investment adviser. The CDC contended that he’d never been certified in the state and took issue with what it described as “an entity of unknown legal status founded by Wiseman” that advised clients to shift assets to Panama. Wiseman says that entity, OffShore Financial Solutions, merely was a consultancy and asserts that he was properly registered at the federal level with the Securities and Exchange Commission. (The agency’s database registry goes back only a decade, so it’s impossible to verify his assertion.)

He waves away the issue with California regulators as a Kafkaesque certification mis­understanding — “the strangest experience of my life” — that wasn’t worth fighting since he already was turning his attention to other endeavors. “I don’t know if you’ve ever run into the government, but they’re like a pit bull: They get their teeth into something and they will not let go,” he says.

Wiseman’s narrative steers clear of the church’s decades-long history of run-ins with the IRS and other government agencies. Before leader David Miscavige declared, “The war is over,” after the IRS agreed to grant the church tax exemptions in 1993, Hubbard was driven into hiding until his death in 1986, and his wife Mary Sue and 10 other members were convicted in 1979 of conspiracy, theft and other crimes in a dirty-tricks campaign against the government.

Wiseman explains he has been “researching” offshoring for “the last 15 or 20 years.” Yet when asked what portion of the firm’s clients took advantage of the option during his tenure there, he professes uncertainty. “Maybe there were some,” he says. “I don’t recall any.”

On another day, Wiseman joins Burke in Burke’s Glendale office suite for a chat amid custom hand-painted skateboard decks gifted by actor Jason Lee, one of 40 current clients — “a few” of whom, by his estimation, currently warehouse a portion of their funds offshore. Burke, who also serves as the finance director of Cartwright’s Spotted Cow Entertainment (the company’s In Search of Fellini was released Sept. 15), notes that the pair’s views dovetail and that he intermittently brings in his retired partner to do unspecified consulting work.

In his trademark portentous style (writing of “government druids,” signing off his pieces with the admonition to “keep your powder dry”), Wiseman has been proselytizing through his monthly newsletter, The Hard Truth, since 2014. Its core readership is drawn from his Scientologist-heavy business and social circle. (“The initial subscribers to a large degree were people that knew me.”) Wiseman’s guidance on offshoring has appeared amid ads for luxury real estate in Clearwater, Florida, and fellow church members’ articles about the chemtrail conspiracy theory (a “social engineering experiment gone mad”), Monsanto’s corporate practices (responsible for “seeds of death”) and the Common Core curriculum (“a collectivist’s dream”).

Wiseman writes in one column, “Tax evasion is not the purpose of an offshore account.” (Over lunch he plainly states, “You have to obey the law.”) Still, he’s fond of quoting late federal judge Learned Hand on tax limitation: “Anyone may so arrange his affairs that his taxes shall be as low as possible; he is not bound to choose that pattern which will best pay the Treasury.”

The purpose, as Wiseman views it, is “to take some of one’s assets and move them out of and beyond the reach of the U.S. banking system and its regulations, not to break the law but to give one the freedom to protect and do with one’s assets as he so chooses.” This diversification might include alternative currencies — he’s intrigued by bitcoin: “It provides a good deal of financial freedom” — and precious metals. (He prefers silver over gold, noting, “If things really turn ugly, one would be much more able to buy gas for their car or groceries with a 1-ounce silver bullion coin than a 1-ounce gold bullion coin.”)

Wiseman observes that, while attorney-shopping years ago in Panama, “I think I went to” Mossack Fonseca, the notorious law firm at the center of 2016’s international laundered money scandal known as the Panama Papers. “We sat in a room, and I got a presentation. They diagrammed an offshore strategy on a blackboard that they said was confidential.” Shells within shells, from Belize to Gibraltar, were involved. “If you were trying to hide something, it was like, I don’t know how you would find it. It was kind of cool to watch.”

He adds, “That said, that’s not the reason that I recommend that people go offshore.” Along with the previously enumerated benefits, “you’re not subject to a bank holiday in the U.S. if one comes.”

Such a dreadfully imagined emergency bank holiday, in which clients can’t access funds because they’ve been vaporized in a derivatives-precipitated market crash that he believes will dwarf the 2008 meltdown, anchors his professed concern. “The derivatives bubble is $1.2 quadrillion,” he says. (In a book, Crisis by Design: The Untold Story of the Global Financial Coup and What You Can Do About It, he pins blame on the Switzerland-based Bank for International Settlements, often dubbed the central bankers’ central bank.) “Depending on the study you read, anywhere from 75 to 80 percent of that are interest rate swaps. You’ve got these Vegas casino-like bets on the direction of interest rates. I don’t think you can have that kind of abuse of economic basics in terms of the debt bubble.” Imagining a worst-case scenario, he adds, “assuming that implodes, it’s going to be rough.” (While Wiseman is hardly the only observer fearing such doom, mainstream experts are aligned with the Fed, which now is so confident in the economy that on Sept. 20 it announced it would begin withdrawing some of the trillions of dollars it had injected into the market after 2008.)

While Wiseman has other advice, including the purchase of operating farmland and “exotics” (diamonds and other precious stones), his financial doomsday dogma remains focused on heading offshore, with granular recommendations honed to which spots are hot and which are not for domiciling assets. He soured on Panama after its government made a 2010 agreement with the U.S. Treasury Department on tax transparency. Meanwhile, he believes the Cayman Islands should be avoided in favor of Hong Kong. “The U.S. Treasury goes, ‘Jump!’ and the Caymans go, ‘How high?’ ” he says. “[In] Hong Kong, the U.S. goes, ‘Jump!’ and they give them the finger.”

While he also advocates exploring opportunities in Singapore and the East Africa archipelago of Seychelles, he’s most enthused about the Cook Islands in the South Pacific, which specializes in offshore trusts. “If you’re super concerned with litigation, that’s where you go,” says Wiseman, explaining that he understands the need for tactical asset-protection against court-awarded claims after a career spent representing high-profile clients. “Big names are prime targets” for what he sees as an epidemic of frivolous lawsuits. (In 2011, he published a tract called America the Litigious.)

Wiseman now spends half his time handling work for his market research agency. He’s hired to position clients and their products in the most advantageous light, often helping them hone in on a single image or message that represents their core qualities. So what would it be in the case of offshoring? Wiseman quickly responds, “A bank vault.”