Imagine you are a U.S. citizen living in California. One morning you read in the paper, hear in church or see posted on telephone poles that you have two weeks to sell your land and belongings, keeping only what you can carry, and report to a “relocation center.” Now imagine that you’ve been singled out — labeled a National Security Concern — not because of anything you’ve said or done, but simply because of who you are. This isn’t a scene from some dystopian fantasy or the logline of an upcoming Warner Bros. movie — it’s exactly what happened to my parents and grandparents, less than 75 years ago. My mother, Miyeko, was 16 when she was put on a train to Poston, Ariz.; my father, Shizou, then 22 or 23, was sent to Amache, Colo.

As most of us learned in middle school, nearly 120,000 people of Japanese ancestry — two-thirds of them American citizens — were rounded up and forcibly incarcerated after Japan bombed Pearl Harbor during World War II. Decades later, a government study confirmed that the cause had been racism, not legitimate security concerns, and the U.S. apologized. But the scars remained. 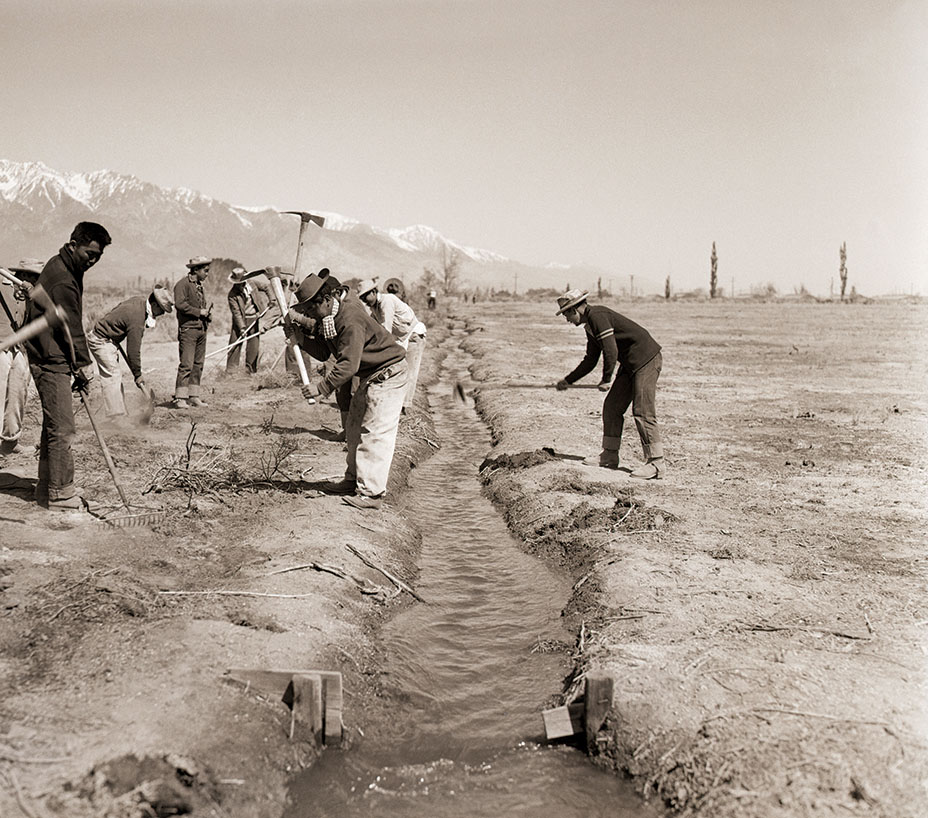 Unfortunately, some of the rhetoric that’s part of the current political climate sounds hauntingly similar to what my parents and grandparents faced in 1942. During the past year, legitimate concerns about economic opportunity, national security and other pressing issues have been hijacked by people who want to blame immigrants or people of different faiths or ethnic backgrounds for their troubles. Loose talk about “building a wall,” “deportation forces” and “banning Muslims” has become common, and hate speech is on the rise. According to a new report by the Anti-Defamation League, 2.6 million anti-Semitic messages were posted on Twitter from August 2015 to July 2016.

Sadly, we have been down this path before, and it doesn’t solve our problems. It undermines the very values that set this country apart — and we always regret it. America is a nation founded by and made great by immigrants. Immigrants fleeing persecution, poverty and hopelessness, who came here in search of the American Dream. Growing up, I had the opportunity to see that dream in action, which is why, in my mind, it’s not just a story or a concept — it’s a reality. In America, you can come from any walk of life and create a better life for yourself and your family.

Even after they were interned, my father and uncles, all born in the U.S., joined the armed forces. Yes, it was a way out of the camp. But more importantly, it was a way for them to support the war effort and defend their country: the United States of America. Following the war, despite being citizens and veterans, they struggled to find meaningful employment. Adding insult to injury, they felt shame for having been sent to a camp, shame that they were somehow different from other Americans. But my father didn’t become embittered; he became determined. He started a business, raised a family and sent five children to college. My parents never wanted us to feel different from the other kids around us. And we didn’t. We were Americans.

Today, that sense of belonging is something I want for all of us. When President Reagan signed the Civil Liberties Act of 1988, granting reparations to Japanese-Americans, he recalled “that blood that has soaked into the sands of a beach is all of one color. America stands unique in the world, the only country not founded on race, but a way, an ideal.” That still holds true today.

I’m sad that my father wasn’t alive to see me become CEO of Warner Bros. I know he would have been shocked, not because he didn’t think I was qualified for the job, but because he never would have thought I’d have that opportunity. I wish I had the chance to show him that everything he taught us about this country, about the American Dream, was right — as long as we’re still willing to stand up for it.