It’s hard to read the tea leaves when the brew is swirling in the cup. Such is the current state of instability in Hollywood, leading to speculation among insiders about who will move where. With a caveat that there is a lot of informed guesswork going on, it’s time to handicap the game of mogul musical chairs.

The person most interestingly situated might be former 20th Century Fox film studio chairman Jim Gianopulos. As The Hollywood Reporter reported Jan. 19, China’s Dalian Wanda Group has been courting him to run Legendary Entertainment in the wake of CEO Thomas Tull’s ouster, with a promise to build a full-service studio — eventually. The question is, does Gianopulos end up taking the Legendary job or does he hold out for other possible options, say at Sony Pictures or Warner Bros., that might be more appealing if they materialize?

While Gianopulos, 64, naturally declined to comment, many in Hollywood think his eyes are wide open to the unknowns involved in taking the helm at Legendary, including questions about Wanda’s ability to build the company — for which it paid a reported $3.5 billion in early 2016 — into a full-fledged studio almost from the ground up.

One prominent producer says there is speculation in China’s business community that Wanda, which previously was thwarted in plans to use Legendary as bait for a public offering there, may be looking to try again, perhaps this time in Hong Kong, where rules are less restrictive but the potential rewards are not as rich. (So far, Wanda has sent no signal of such a plan.)

Certainly, the Legendary job could prove very lucrative for Gianopulos. And it is likely that he would want an opportunity to turn Legendary into a real studio, probably with a new (less tarnished) name. Having been ousted as chairman of Fox in June, Gianopulos undoubtedly is eager to prove that the Murdochs — Rupert and sons Lachlan and James — made a mistake in letting him go. The ideal script would be a version of Alan Horn’s fairy tale outcome: Having been pushed out at Warners, Horn was hired to run the Disney film studio, now the envy of the business.

A best-case scenario could be similar to Wanda’s 2012 purchase of AMC Entertainment, the U.S.’ largest theater chain, which has been followed by billions of dollars in investment and mergers to pursue a growth strategy. But even if Wanda fully intends to back Gianopulos‘ most soaring ambitions, a top executive at a major studio believes there could be obstacles. “The Chinese government is starting to crack down on capital outflow,” says this person, adding that given antagonistic rhetoric coming from the Trump administration, “we may be about to have a trade war.” So far, says another source, major multinational players have not seen any increased difficulty getting money out of China. 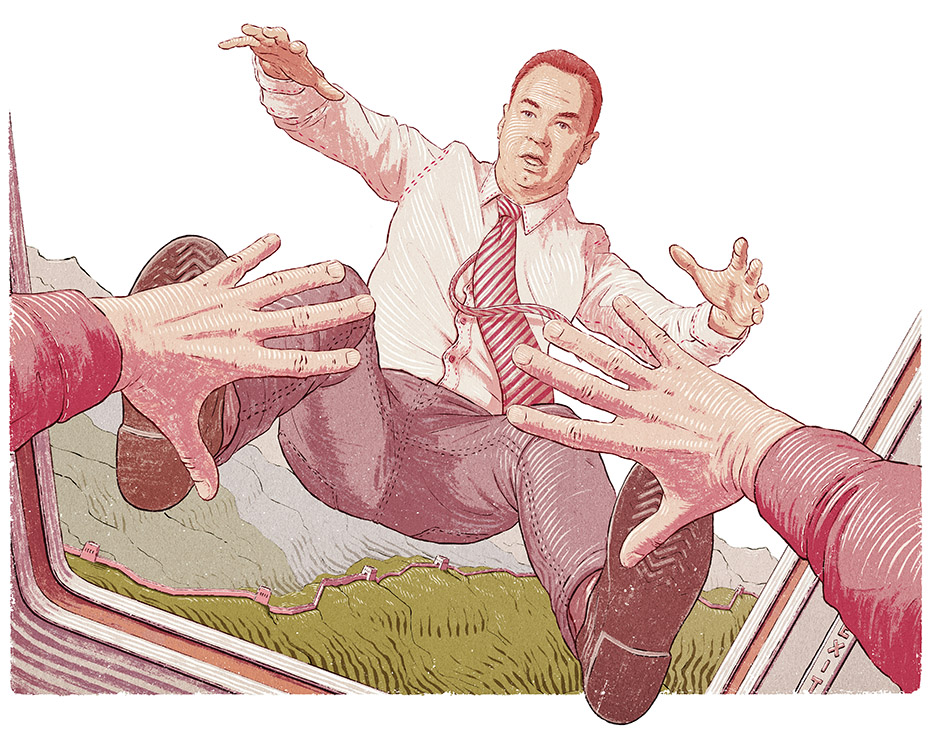 But Gianopulos also is likely to be wary because he’s familiar with the frustrations sometimes experienced by Hollywood executives who have done business with Chinese companies — miscommunications and misunderstandings as to what constitutes an agreement and whether money will be delivered as expected.

Meanwhile, churn in the industry means other interesting opportunities may be out there. Gianopulos could be a candidate for a top job at Sony Pictures, which announced the departure of Sony Entertainment CEO Michael Lynton on Jan. 13, two weeks before it revealed a $962 million write-down at its film division. At minimum, a reshuffling of the executive ranks seems likely to follow. Several industry insiders think Sony — despite repeated denials — may be prepared to sell at least a stake in its entertainment operations. Sony Corp. chairman Kaz Hirai may recognize that it will be challenging for his entertainment operations to stand alone in a world where size matters.

As Michael Lynton Exits, Will Sony Double Down on Hollywood or Sell?

One prospective buyer is said to be CBS Corp. Sony would have to cede total control to CBS chairman Leslie Moonves, of course, but it seems reasonable to speculate that Moonves could pitch a strong team of executives for the troubled film studio, including not only Gianopulos but Legendary vice chairman Mary Parent, who has a key-man clause and would be free to exit following the ouster of company founder Tull. Sources say Parent would remain at Legendary should Gianopulos take the helm, but otherwise? Don’t count on it. With Sony having been through a number of, shall we say, extreme executives over the years, from Jon Peters to Amy Pascal to current film chief Tom Rothman, perhaps a Moonves-Gianopulos-Parent package would appeal to Hirai. If so, a big question is whether Sony would put such an inflated valuation on Sony Pictures that a deal is impossible.

Then there’s Time Warner. Gianopulos also is seen as a contender for a role at Warner Bros. when (and if) AT&T’s planned acquisition of the parent company gets federal approval. Peter Chernin — once Gianopulos‘ boss at Fox — has strong connections to AT&T and is considered likely to wield considerable influence if and when the $85 billion deal goes through — though there is no predicting what might happen in a Trump administration, especially with CNN provoking the president by reporting the news.

With neither Sony nor Time Warner a sure thing, a job running Legendary could be the bird in hand. But it hardly is in fine feather. Wanda pushed Tull out Jan. 17 following major write-downs and a disappointment in Warcraft, which grossed $434 million worldwide. Wanda had hoped The Great Wall would be a global, cross-cultural hit, but sources say it failed to perform up to expectations in China, and the outlook in the U.S. is not considered good. (The Zhang Yimou film, starring Matt Damon, opens here Feb. 17.) Industry sources say Wanda believed Great Wall could gross $370 million in China, only to see it stall at $167 million. An individual close to Legendary maintains the company’s internal projection was $150 million to $200 million, adding “the talk of it being a failure [in China] is a fiction.”

Legendary has a library of its homegrown films, most of which didn’t perform well, including Blackhat and Seventh Son. Its biggest hit was 2014’s Godzilla, which grossed $529 million worldwide. It also has stakes in major hits that Tull helped finance, including Universal’s Jurassic World, and the right to invest in sequels. (Tull did far better as a financier than as a producer.) “Is Legendary a finished product? Absolutely not,” says a source close to the company. “It’s a platform on which something can be built.”

For now, Legendary sources say the company has financing to move forward, but it appears to be enough only to cover perhaps two or three movies a year. And Legendary’s pipeline is not exactly bursting. It has wrapped production on Kong: Skull Island, set for March 10 (and it has plans to make a Godzilla sequel and a third Godzilla-meets-Kong film at Warners). It is in production on a Pacific Rim sequel, TV producer Steven S. DeKnight’s feature film debut. Parent is trying to make a deal to get Dwayne Johnson to star in an action movie called Skyscraper and to launch an adaptation of the sci-fi novel Dune, with Denis Villeneuve (Arrival) directing.

A source close to Wanda says the company’s leadership wants Legendary to produce more prestige projects, becoming less identified with the megabudget monster flicks and fanboy fare that Tull favored. At a gala in Los Angeles in November, Wanda’s chairman Wang Jianlin spoke out against the reliance on sequels, remakes and effects-heavy spectacles, saying, “We have to make Hollywood go back to storytelling.”

Building a new studio with­out a significant library is a goal that has evaded even the most seasoned players, as Jeffrey Katzenberg, Steven Spielberg and David Geffen can attest. “There’s a reason why there are so few major studios,” says Christopher Spicer, an attorney at Akin Gump who has packaged several China deals. “It’s famously hard and requires an enormous capital commitment.” And what always has been hard is becoming ever harder.

If Wanda builds Legendary into a major, it also could run into regulatory challenges given its ownership of AMC. Since the Supreme Court’s landmark 1948 ruling, studios have been forbidden from owning their own cinemas on antitrust grounds. But in November, Wang told THR that the business has changed. “If you look at the U.S. landscape now, a lot of the cinema chains are already investing in the production of movies,” he said. “So maybe the case won’t have the same application if we acquire a studio today.” If forced to divest holdings, he said, “we will respect the law and choose what to give up.”

Says Lindsay Conner, an attorney at Manatt with China experience: “It’s an issue they would have to work though, and it’s not clear how it would come out. I think everyone is waiting to see how the Trump administration will view both the Hollywood-China relationship and antitrust law.”

Given the tricky lay of the land, industry insiders are watching to see whether Gianopulos opts for what appears to be a real opening at Legendary or waits for another offer that might never materialize. “Is Jim patient or does he take it?” asks a top studio executive. “If I were him, I’d be patient.”