Apple is the most dynamic and profitable consumer products company in the world, and Netflix is the most innovative entertainment company. If they got together, the combined entity would be an even bigger juggernaut.

The idea of Apple acquiring Netflix has taken on new heat as the former prepares to repatriate up to roughly $245 billion in overseas cash thanks to the new U.S. tax policy. Wall Street has made good arguments for Apple’s rationale for the deal: Apple could get immediate scale in premium video, increase its high-multiple services revenue, become less dependent on the iPhone, reduce its exposure to the mercurial Chinese market and guarantee that Netflix does not fall into the hands of archrivals Google or Amazon. All of these arguments are persuasive.

Allow me to offer two more reasons that are rarely discussed:

First, by acquiring Netflix, Apple would hand consumers around the world a giant win. As the linear television model breaks down, people are increasingly forced to pay for and navigate a hodgepodge of different digital content services. Netflix, Amazon Prime Video, Hulu, HBO Now, CBS All Access — these create complexity and aggravation. People want their entertainment experiences to be simple and fun, not time-consuming and frustrating.

Apple has the resources to dramatically expand the variety of Netflix’s content offering, thereby allowing Netflix to meet the entertainment needs of more consumers. More people could find more of what they want to watch on Netflix without having to search through a litany of other apps.

With Apple’s $268.7 billion in cash on hand, Netflix could com­pete for sports rights, nonscripted event programming and a wider variety of films and TV shows. Not only would Apple turbocharge the worldwide penetration of Netflix’s global subscriber base and build a library of long-tail intellectual property assets, it would become beloved by consumers for delivering an elegant, easy and comprehensive entertainment solution.

The second reason for Apple to acquire Netflix can be distilled into two words: Reed Hastings. In 1997, a $40 late fee from Blockbuster for Apollo 13 set Hastings’ dexterous, brilliant mind spinning: There had to be a better way. Twenty years later, against great odds, he has transformed the global entertainment industry and built one of the most valuable companies on Earth. Executive talent of his caliber comes along once in a generation.

By acquiring Netflix, Apple would get Hastings, the equivalent of signing Muhammad Ali to fight for your team. Turning Hastings loose inside Apple, potentially as the next CEO, would be a lollapalooza for consumers and shareholders alike. Apple already is seeking to create shows for its own service, entering the scripted genre with plans to spend $1 billion in its first year. Hastings and his team could help provide the guidance Apple needs.

An Apple-Netflix marriage may be a fantasy dreamed up by the media, hyped by bankers and indulged by doe-eyed shareholders like myself. But great stories never die; maybe the end of this one has yet to be written. 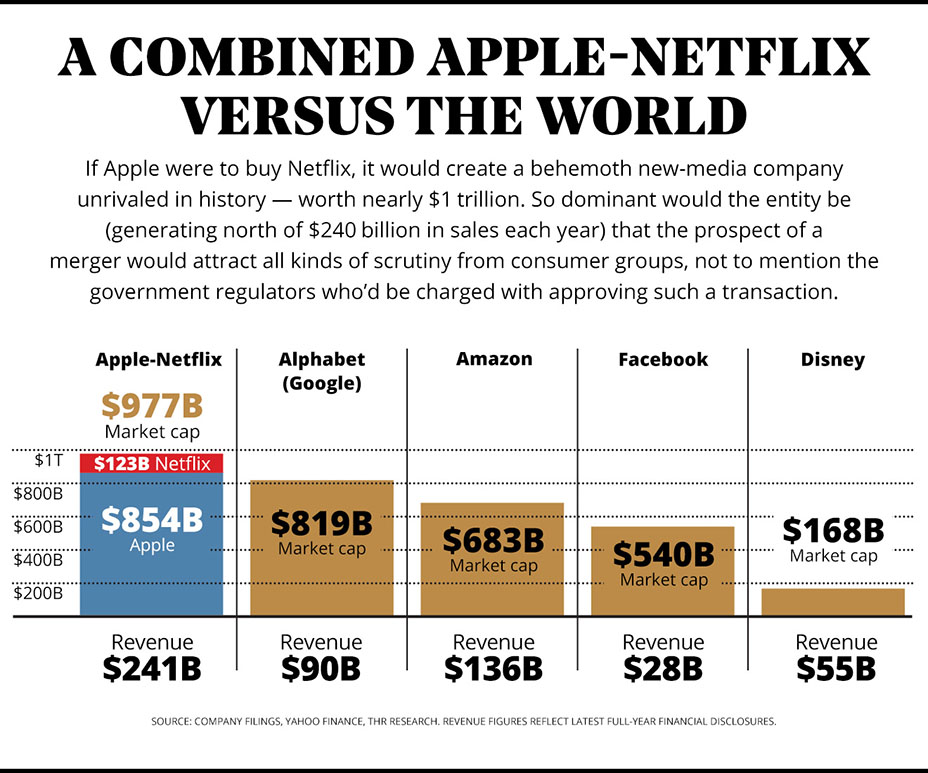