Hungary’s film industry, you could say, has had a good war.

Like the rest of the world, Hungary was hit by the coronavirus pandemic and, like the rest of the movie business, COVID-19 shuttered film and TV shoots at studios in and around Budapest. But Hungary was one of the last places to shut down — low infection numbers in Spring meant there was no formal lockdown during the first wave of the pandemic in spring 2020 — and, because of smart planning and a cooperative, pro-film-industry government, the country’s studios were among the first, in early summer, to welcome back international productions.

“Of course a lot of international productions left Hungary [after the first wave], but by June almost all of the productions came back and continued or re-started shooting,” says Csaba Káel, Government Commissioner for the Development of the Hungarian Motion Picture Industry. “We finished 20 movie productions in 2020.”

Denis Villeneuve’s sci-fi epic Dune, starring Zendaya and Timothée Chalamet, which had completed principal photography in July 2019, returned to Budapest’s Origo Studios to shoot a few additional scenes. As did Amazon Prime’s Birds of Paradise, a drama feature set in a Parisian ballet academy, which director Sarah Adina Smith began shooting in Hungary in February before being forced to pause in March, and finally returning to complete production in August.

Korda Studios played host to Showtime’s live-action series Halo, based on the hit video games. Netflix shot its German limited series Terra Vision — which tells the story of how the idea for Google Earth was stolen by Google from its original creators, an artist and a programmer from Germany — at the National Film Institute’s Mafilm studios.

Smaller independent features came back too, including My Best Friend Anne Frank, a Dutch drama based on the memoirs of Frank’s friend Hannah Goslar, which wrapped under new COVID-19 restrictions, and the impressively-titled The Unbearable Weight of Massive Talent, a meta-comedy starring Nicolas Cage as … Nicolas Cage.

“It’s remarkable, really, given all of the challenges that we’ve faced since this crisis began, that we’ve managed to keep going,” says Adam Goodman, head of MidAtlantic Films, Hungary’s leading production services provider. In addition to the Cage movie, and ongoing production for Halo, MidAtlantic also wrapped on Amblin’s sci-fi drama Distant, starring Naomi Scott and Anthony Ramos, and is in production on season five of Carnival/Netflix series The Lost Kingdom.

“We’re opened up space for a Lionsgate film, Borderlands [starring Cate Blanchett and Kevin Hart], we’re doing season three of Jack Ryan for Paramount TV, and we’re doing a Marvel project, which, for the usual security reasons, I can’t talk about,” notes Goodman. “We’re basically fully booked for the coming cycle, until the summer, which, hopefully, will be the last cycle of shows we have to do under COVID-19 protocols.”

Hungary was quick to introduce high-level protective measures to ensure the safety of returning cast and crew. The protocols, including regular mandatory testing and tiered “bubble” systems to isolate crew members to limit viral spread, are now standard across most of the film industry.

What set Hungary apart was the speed at which local studios became “COVID-19 conform” and the unfettered support they received from the national government.

“Origo Studios was the first in Europe (and maybe the world) who introduced an effective anti-COVID protocol with heavy investment in infrastructure and human resources made it clear, that every production can be finished in time here,” says Mihaly Toth of the Origo Film Group, which installed a private COVID testing laboratory on location and contracted with a private local hospital to exclusively treat any infected crew members.

When the European Union in June banned non-EU citizens from traveling to the continent, the Hungarian government quickly introduced exemptions for U.S. cast and crew.

“Our cast was very international, with the likes of [American] Diana Silvers, [French actress] Jacqueline Bisset, and [Britain’s] Caroline Goodall,” notes Birds of Paradise director Sarah Adina Smith. “Luckily, we had the support of the Hungarian film commissioner who helped us ensure everyone could enter even when Europe was not allowing US citizens in. Once we flew people in we didn’t want them flying back and forth to limit COVID exposure, so we encouraged people to stay for the length of the shoot.”

“The business exemption permit kept us going whilst other places effectively came to a standstill,” adds Goodman. “While the lockdowns and the restrictions continued all over the world, Hungary recognized the importance of the film industry, and is still recognizing that.”

Hungary is Europe’s second most popular destination for Hollywood shoots — behind only the U.K. Direct investment in film production in Hungary hit $565.6 million (HUF 164.4 billion) in 2019, a 50 percent year-on-year jump, with around 94 percent of that coming from visiting international features and TV series.

While that figure will be down sharply in 2020 — Goodman notes the local industry “lost a cycle” of production between March and May — Hungary is on target to bounce back in 2021. 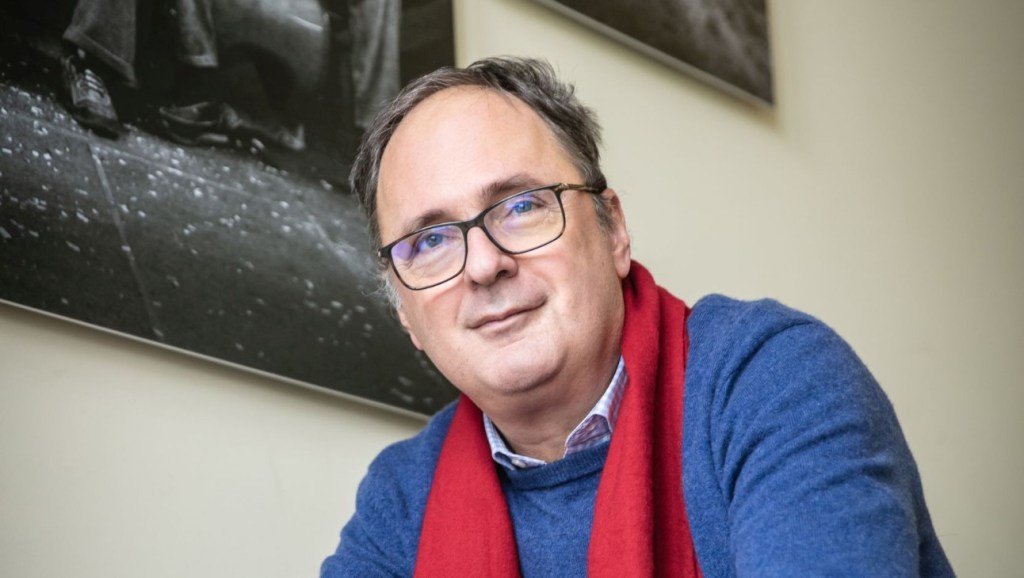 Together with its top-end facilities — which also include the Origo and Korda studios — and below-the-line talent, Hungary’s main appeal to international productions remains its generous 30 percent tax rebate on a film or TV show’s local spend. Hungary also allows grants visiting shoots to submit up to 25 percent of certain non-Hungarian costs, which can mean a maximum total rebate of 37.5 percent of a project’s production budget. Smith, who also shot episodes of Amazon Prime series Hanna in the country, notes that the tax rebate was the “primary reason” for choosing Hungary as the shooting location for Birds of Paradise.

It’s part of a strategy to encourage local talent — the likes of Oscar-winner László Nemes (Son of Saul), Berlinale winner Ildikó Enyedi (On Body and Soul), and Kornél Mundruczó (Pieces of a Woman) — to think big.

“In the previous decades we have focused, very successfully, on providing service work, and that has fed a lot of talented Hungarian pros,” says Káel. “Now we have creative teams that are very well equipped, we have a huge base of knowledge, of talented people, highly skilled crews — all enriching the local film community.”

Having established itself as a go-to location with the facilities, and crews, to produce world-class film and series, Hungary is ready for the next step.

“I like to compare us to Italy,” notes Káel. “When Fellini made La Dolce Vita [in 1960], Rome was the center of international service productions in Europe. I hope we are at the start of our own Dolce Vita for Hungarian films.”