Given that on-set safety has been such an unimpeachable priority during the pandemic, one would think the film and television industry would be pushing hard to obtain access to the Pfizer and Moderna COVID-19 vaccines. But that hasn’t quite happened. Rather, a mix of political wariness and confidence in the status quo has compelled industry leaders to, at least for the moment, exercise restraint when it comes to lobbying for the vaccine.

Unlike, for example, the medical, industrial and financial industries, all of whom are aggressively jockeying for their respective workforces to be included in the first phases of the vaccine’s rollout, the entertainment industry is not advocating for priority access, according to guild leaders, the MPA and several production executives who spoke with The Hollywood Reporter for this article. “At no time has anyone representing our member companies advocated for priority access to vaccines,” said an MPA spokesperson in a statement. Furthermore, the entertainment industry has declined to submit a single comment to try to sway the state advisory committee in California that’s in charge of prioritizing who gets the vaccine and when. 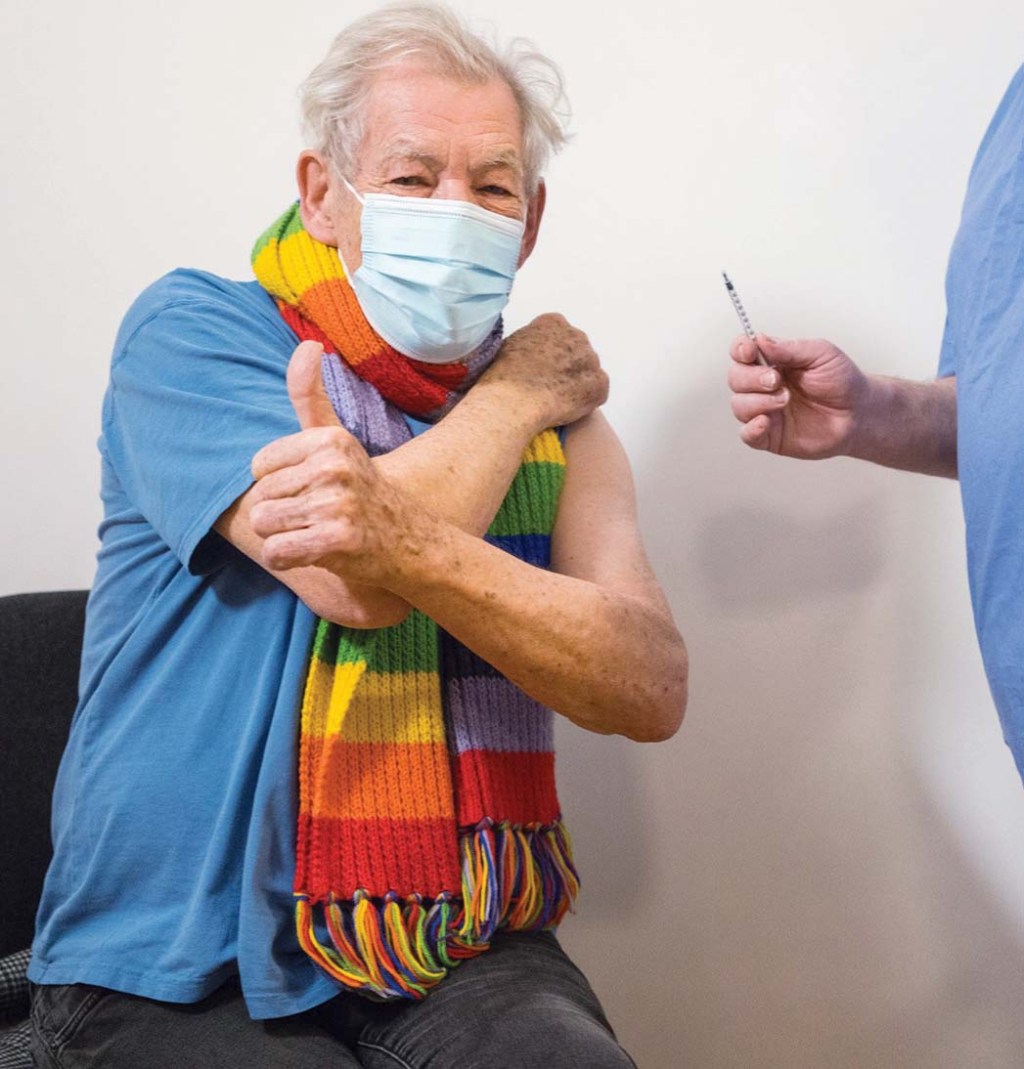 Why? It’s largely due to the effectiveness of the system that the industry has in place. Most producers are working under the assumption that the current COVID-19 health and safety protocols, which were agreed upon by the unions and studios back in April, will remain in effect through 2021 regardless of the vaccine rollout.

It’s also about optics. For years, the industry has been battered by accusations that it’s elitist and at times hypocritical. The arrival of a vaccine presents a gift-wrapped moment for more accusations of a rigged system. In D.C., members of Congress who have shared photos of their vaccination shot appointments are coming in for harsh criticism. And with 2019’s college admissions scandal still looming in the collective psyche, the entertainment industry is trying to avoid another public relations land mine.

“We haven’t gotten any news about, like, suddenly as an industry we’ll have access to vaccines that others won’t. And I don’t think that’s something that we would buy in to,” Momita Sengupta, Netflix’s vp physical production, said in an interview with THR on Dec. 4.

Of course, the industry could use its essential worker status in California as a way to lobby for vaccine access. But that status itself is under attack. In December, a viral video posted by a visibly upset San Fernando Valley restaurant owner juxtaposed the closure of her business with the catering tent being set up for the NBC series Good Girls, which was shooting next door. The video — unsurprisingly — stoked outrage. “If there’s any chance that we’re getting [the vaccine] earlier,” says an industry exec, who requested anonymity, “well, that’s not something that anyone wants to talk about.”

Enter Tom Cruise and his now-infamous tirade. The recent audio clip of Cruise dressing down Mission: Impossible 7 crewmembers for failing to heed COVID-19 protocols underscored the high stakes of on-set safety. There is very little room for error, but the protocols seem to be working. According to data provided by the Alliance of Motion Picture and Television Producers, the national community spread of COVID-19 infections in the U.S. exceeded 13 percent in late November, while the industry spread rate was about 0.3 percent. To achieve this level of safety doesn’t come cheaply. Safety protocols cost anywhere from 3 percent to 20 percent of a production’s budget.

Johonniuss Chemweno, the CEO of VIP StarNetwork, which provides COVID-related health services for clients like Netflix and Amazon, tells THR he can’t speculate on when vaccines will be incorporated into the production safety regimen other than to say that conversations are ongoing. “There are a lot of moving parts. Even if it was rolled out, people would have to consent,” he said, highlighting what will likely become another flash point in Hollywood.

The entertainment industry has long been home to a small but visible group of anti-vaxxers. This group and the volatility surrounding it were put into the spotlight recently after actress Letitia Wright posted a YouTube video to her Twitter account that questioned whether people should get the vaccine. Wright was subject to immediate backlash and later deleted her account. She had posted the tweet from the New Mexico set of the Western Surrounded, which is now in production. At least one crewmember voiced support to THR for Wright’s sentiments, saying: “We should be asking questions about what we put in our body.”

What’s unclear is whether entertainment companies will be allowed to require all employees on a production to take the vaccine. For the moment, employment experts are unsure if such edicts could be legally enforced, but several airlines are indicating that they’ll require passengers to be vaccinated to travel, which could make production work extremely challenging for anti-vaxxers.

Another question is whether wealth and connections could move individuals to the front of the line for vaccines. Already there are reports of concierge doctors fielding calls from clients offering tens of thousands of dollars to get their hands on a vial. Major donors to hospitals are potentially well positioned for early access, but experts caution that health officials are keeping a close accounting of priority lists in this initial phase. “There’s tight control around distribution to the hospitals, so it’s going to be highly regulated and thus hard to institute a black market,” says Andrew Olanow, founder of Sollis Health, a concierge medical service. However, in December, a Disney employee caused a stir after she revealed on Facebook that she had received the Pfizer vaccine through a family member who had connections to Redlands Community Hospital.

For much of the industry there’s a sense of anticipation. Kevin Bacon, speaking to THR from the set of Showtime’s City on a Hill, says he’s eager to get a shot — but only after essential workers and others who need it get it first. “Poke the more important people first,” he says, “but then when it’s my turn, I’m ready to go. Poke away.”