Hollywood is a notoriously tough business to succeed in for all, but it has been particularly challenging for women to rise in the film industry. Only five women in the Academy Awards’ 92-year history have been nominated for best director, and only one woman— Kathryn Bigelow—has won. The system that has allowed female filmmakers to be overlooked and underrepresented is changing, though. In 2019, it was reported that women made up 10.6 percent of the directors of the 100 top-grossing movies from 2019—the highest percentage since the data was first tracked in 2007. Change is coming to Hollywood, thanks to a new wave of filmmakers, directors, editors, animators and cinematographers, many of whom learned their craft at DePaul University. The film school has made diversity and inclusion a cornerstone of its education, a belief that is reflected in its classrooms. The school has worked hard to become the place where everyone feels welcome to learn the skills they need to tell their stories. Stories like Vera Drew’s. “I’ve known I wanted to make films since I was 6 years old,” she explains. “The first thing I think I really knew about my identity. I never saw a world where I didn’t end up going to film school.” After having spent her teen years honing her filmmaking skills with the family’s video camera, she chose to study at the School of Cinematic Arts at DePaul University. “DePaul really gave me the opportunity to actually learn what the hell I was doing from a technical standpoint,” Drew says. 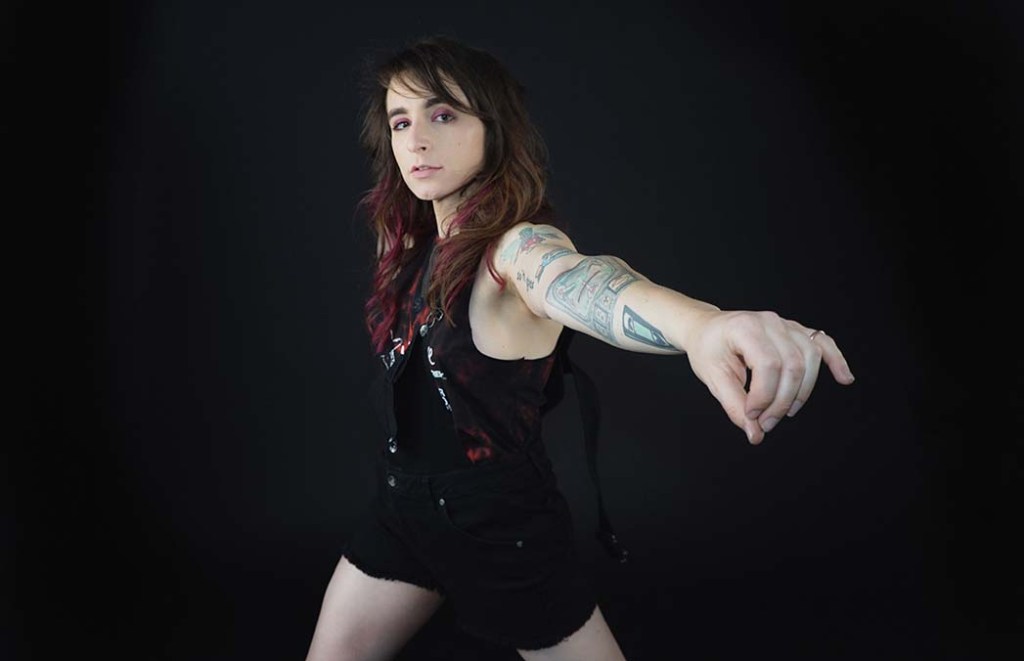 Now she puts those hard-fought skills to good use as an Emmy-nominated editor with a slew of comedy credits with the likes of Tim and Eric and Sacha Baron Cohen under her belt, and a mission to reimagine Todd Phillips’ The Joker as a “queer coming-of-age story about being trans and working in comedy.” Drew is just one of many women working in the entertainment industry who have chosen to study at DePaul University not only to learn the technical skills they need to bring their stories to life, but also to connect with mentors, build a community, and find success in a notoriously challenging industry. 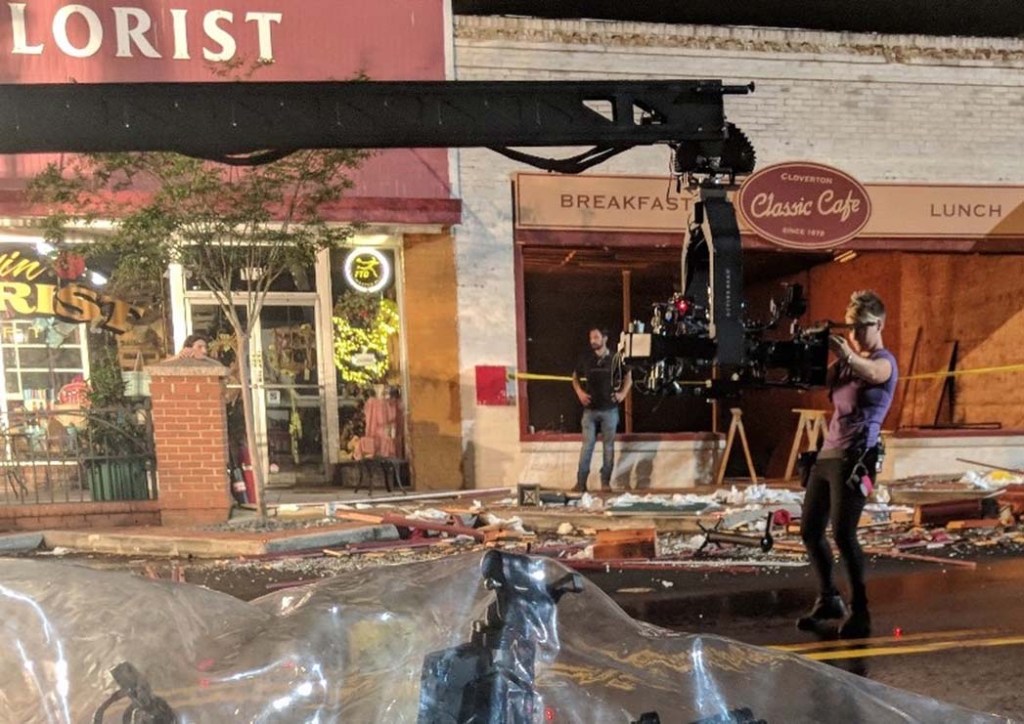 Like Drew, Torey Lenart always wanted to make movies. “This is all I’ve ever wanted to do since I was 7 years old,” Lenart explains. “If I could go back in time and tell freshman year Torey at DePaul that five years after graduation I would be working on the crew for a Ron Howard movie or on the sequel to a classic like Coming to America, I would have lost my mind!” 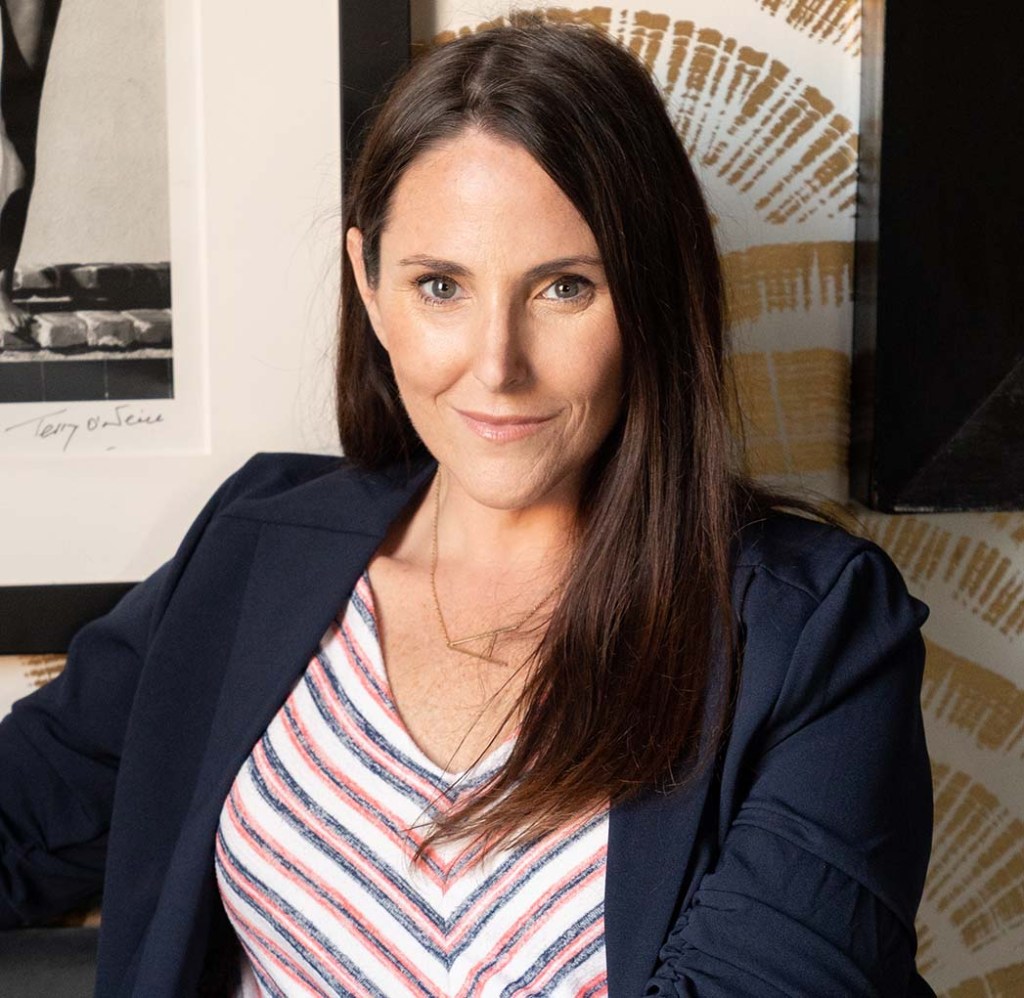 Similarly, Alexis Auditore knew she wanted to be a writer from a young age. “I had spent most of my teen years writing stories in notebooks and journals that filled many boxes,” she explains. But it was in her first screenwriting class at DePaul that she polished her craft, learning to tell the story in both words and in visuals. “I was finally able to harness those years of writing into a properly structured story for the screen,” Auditore says. She now puts those valuable storytelling skills to work at Marvel Studios, where she serves as the director of physical production, overseeing all of Marvel’s streaming shows. It was a role she earned after helping produce some of the highest-grossing films of all time, including Avengers: Infinity War, Black Panther and Thor: Ragnarok. It’s a dream job for any woman who grew up reading comics or going to movies and wishing they could help create some of that Hollywood magic. “DePaul allowed me a window into a world that I had wanted to be a part of for so long,” she says. “They instilled the idea that I could and would work in the film industry. I didn’t have to be an outsider, looking in, wishing I could do that job.”

On the other hand, Melisa Resch never really thought about film school. She was taking classes in DePaul’s New Media Studies program when another student stopped her. “He was like, ‘This is not for you; take an editing class,’ ” she recounts. “I took one class, and I loved it. So I switched over to the film program.” There she immersed herself in filmmaking, learning all aspects of the process, from screenwriting to directing to producing, which helped prepare her for a life in Hollywood as a queer, Black woman blazing her own path, making award-winning shorts and working on her first documentary feature. “I think school sets you up a certain amount,” notes Resch. “And then real life really teaches you what you need to know.” 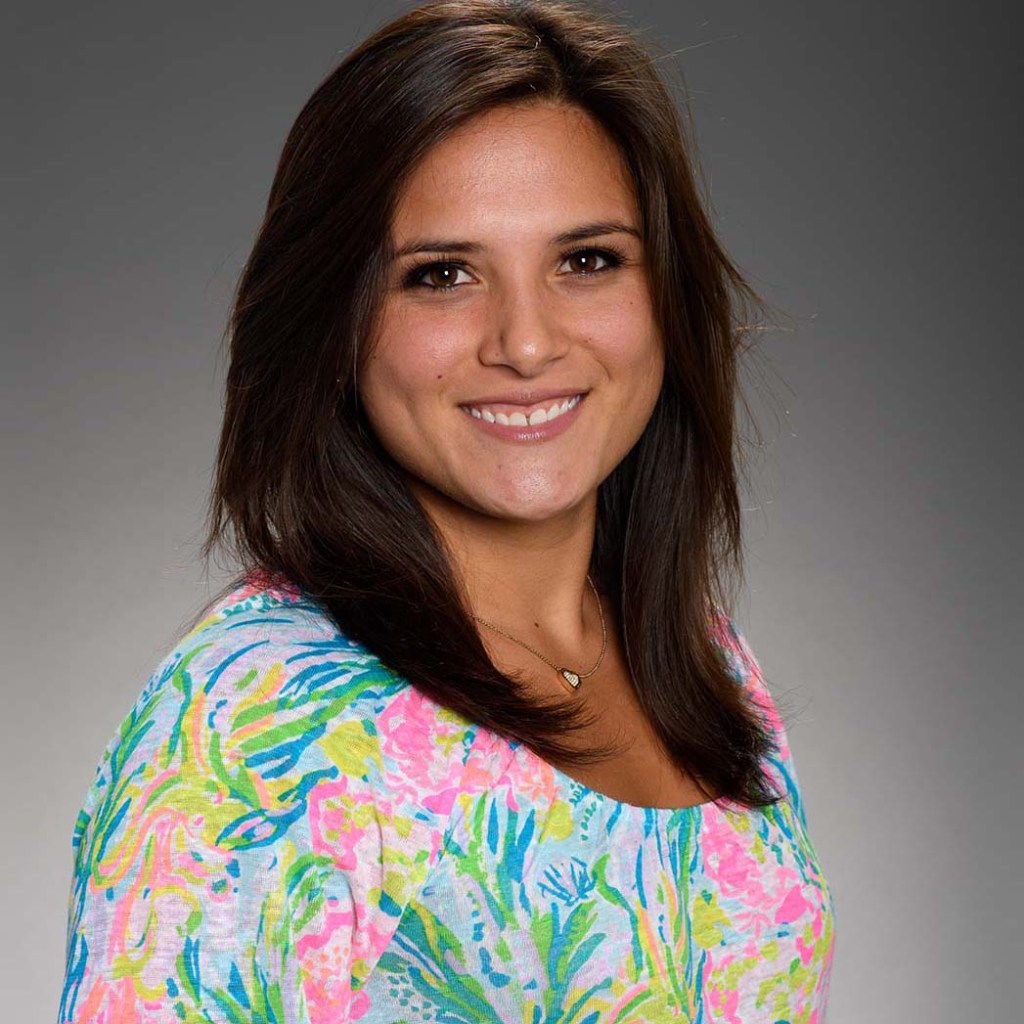 Real life set in for Sam Campos as soon as she got to Hollywood. She had earned her bachelor’s degree in digital cinema at DePaul with a concentration in screenwriting, with the idea of writing for TV. However, when she arrived in Los Angeles. she realized there was a small problem. “I never actually enjoy the act of writing,” she says, laughing. As she grappled with this new reality, she had what she now calls “a come to Jesus moment.” “I realized that everything I loved about TV writing was possible in this weird job called development executive,” she says. So, Campos shifted gears, letting go of scriptwriting and focusing on development. She now works as an executive at ABC Television, where she looks for the next show to air alongside hits like Grey’s Anatomy and The Good Doctor. “We develop and manage all the new drama series on ABC,” she says. Her screenwriting realization—and the career that came from it—were in large part thanks to a class she took at DePaul. In the course, called Topics in Television: Long Form Television Narrative, Campos and her classmates would analyze television shows like Mad Men and Dollhouse, and even Days of Our Lives, trying to divine “why people want to invite these characters into their homes every week.” For Campos, it was an eye-opening experience. “It was the first time that I thought about how powerful TV is and tapped into it,” she explains. “I think about it all the time—that class led to my career.” 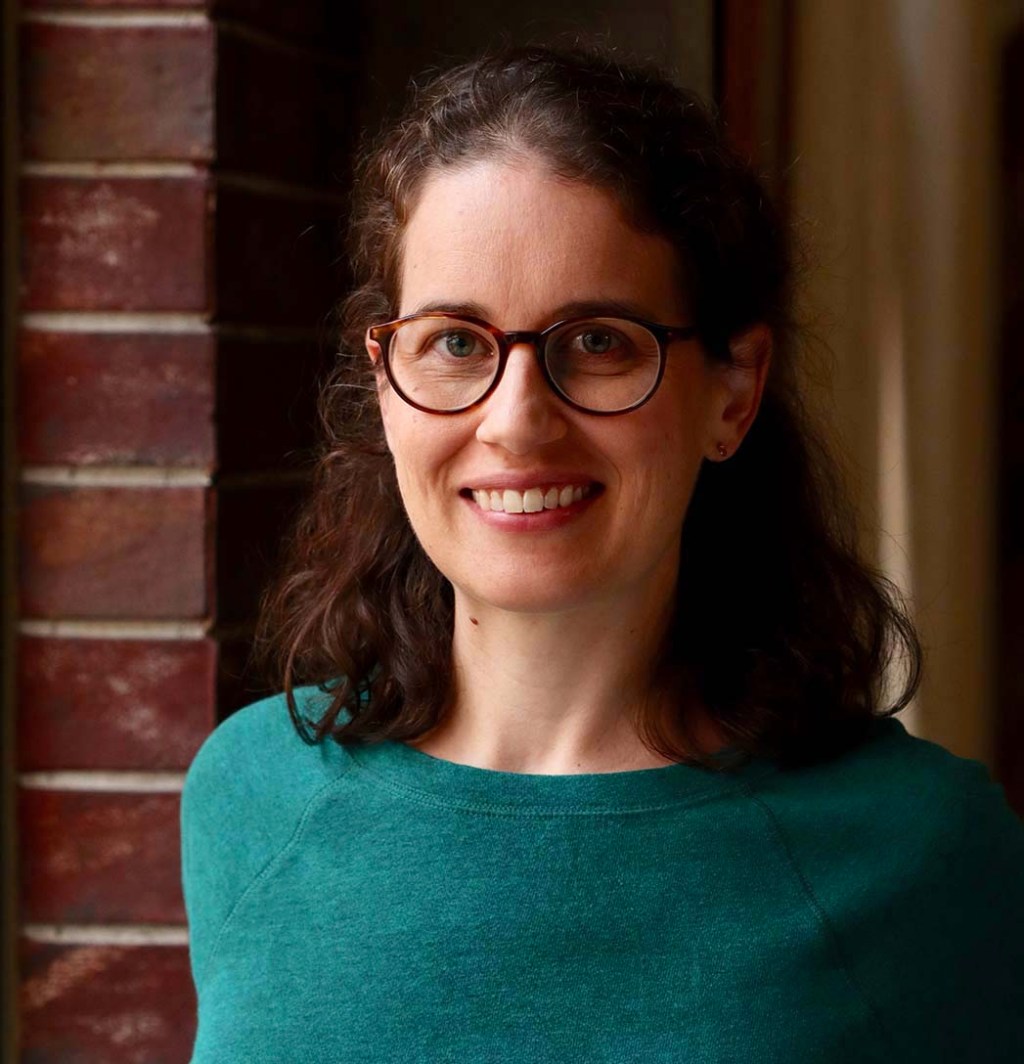 It’s exactly that sort of story—of a teacher and a subject matter really connecting with a student—that makes teaching so rewarding for professors like Meghann Artes, Wendy Roderweiss and Anu Rana. They all teach in the School of Cinematic Arts at DePaul, frequently collaborating and working with students, making their own films while helping teach valuable filmmaking skills to the next generation of women. Similarly, filmmakers Keely Lewis-Wise and Angie Gaffney both graduated from DePaul and returned to the school to work as adjunct professors, while developing their own projects. “It’s a very supportive program,” says Artes, who teaches animation but works with students and faculty in other disciplines across the school.

That hard-driving yet collaborative environment helped animators Nora Earlie and Margaret Bialis, as well as Artes’ student Jennifer Stachovic, who credits Artes with teaching her favorite class at DePaul and helping her learn the skills that she now uses as an animator on shows like BoJack Horseman and Tuca & Bertie. “We are all rooting for each other,” says Artes. “We’re all excited, because we all do different types of films and we all do different kinds of art—there’s VR, there’s animation, there’s narrative, there’s experimental, and we’re all really rooting each other on. I find that pretty awesome with my students and my colleagues as well.”

That collaborative spirit can carry through from campus to the real world. The industry—particularly for women—can be tough. That’s why Marvel producer Auditore was glad to have a group of people in Hollywood who she knows have her back. “My main group of friends here in L.A. are all people I went to film school with at DePaul,” she says. “We rely on each other and support one another as we all navigate the industry.” Writer Allison Gilbert had a similar experience. “It sounds cliché, but the most valuable thing I got at DePaul was a group of friends,” she says. That sort of community is priceless for a filmmaker or for anyone making their way through the world—and these women working in the entertainment industry found it at DePaul. 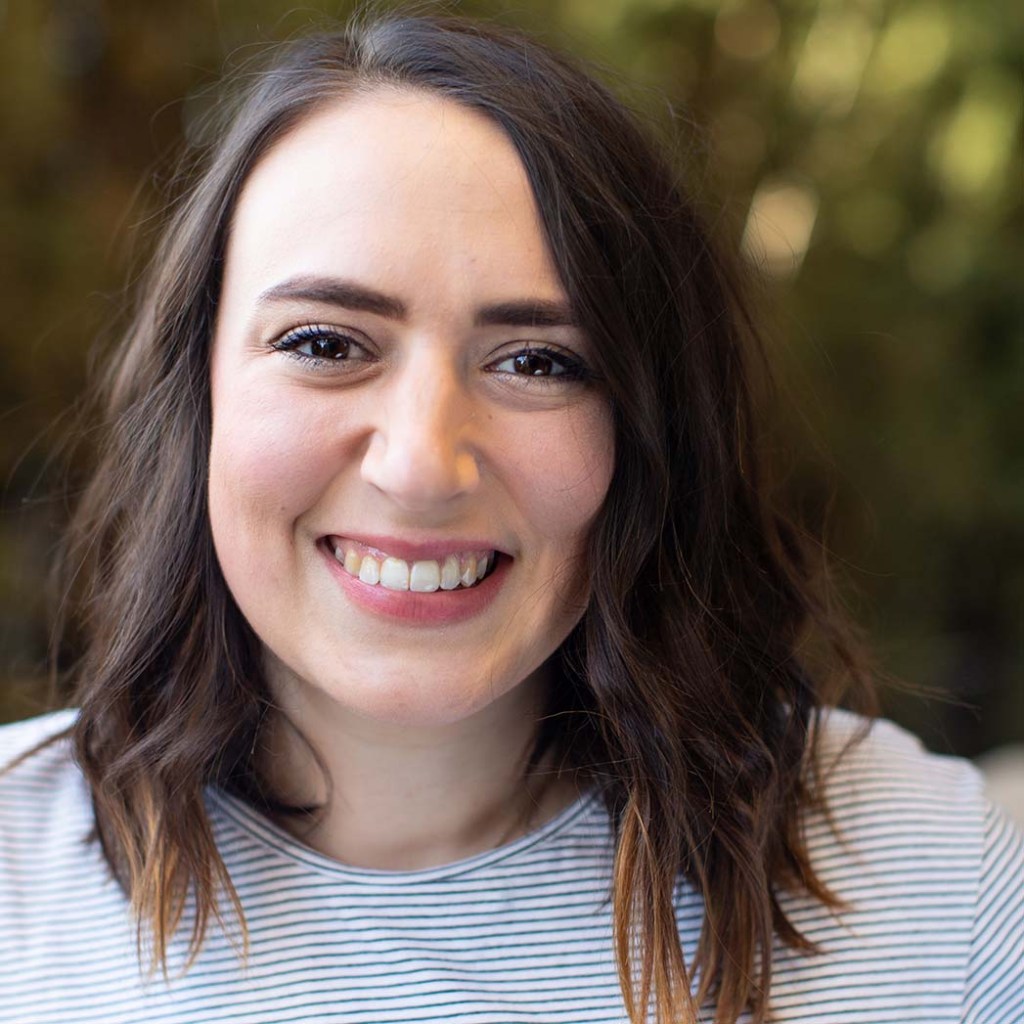