Continue to The Hollywood Reporter SKIP AD
You will be redirected back to your article in seconds
Skip to main content
August 3, 2017 7:00am

In 2002, after the NBA inked the first major deal to bring basketball to cable, then-NBC Sports chair Dick Ebersol famously commemorated the blow to his network by gifting league commissioner David Stern with a 100-foot coaxial cord. But the NBA likely won’t need that cable for much longer.

Streaming services are poised to replace cable networks as the upstarts encroaching on the live-sports spoils the Big Four broadcasters once enjoyed. This year, digital giants from Amazon to Facebook have tested the waters of live game broadcasts, viewing the events as a chance to grow audiences as they turn more attention to video. The leagues hope these deep-pocketed entrants are saviors amid growing concerns that live sports, long believed immune to audience declines and soft ad rates, is vulnerable — a fear that hit home after a dip in NFL ratings last season.

The Redemption of A-Rod Will Be Televised

While deals have been small to date — Yahoo streamed a London-based game exclusively for the NFL in 2015; Facebook is showing just one MLB matchup a week this season — observers believe that it’s only a matter of time until a streamer lands a big exclusive package. (The deals in the works for current or upcoming seasons for the major leagues are summarized in the chart below.) “People have been asking for years, ‘Where is the billion-dollar Google check?’ ” says Pivotal analyst Brian Wieser. “It’s the question of having the will to do it.”

League: NFL
Broadcaster: CBS/NBC/NFL Network
Deal: 10 Thursday Night Football games, plus a Dec. 25 game
The Details: The e-tailer reportedly pad $50 million, five times more than predecessor Twitter for the same nonexclusive deal, which will allow it to sell some ads each game.

League: MLB
Broadcaster: Local rights holders
Deal: One game a week for 20 weeks
The Details: The social network is streaming one game every Friday via MLB’s page, expanding on a partnership that began with spring training broadcasts in 2011.

League: MLS
Broadcaster: Univision Deportes
Deal: At least 22 English-language matches
The Details: Games that Univision airs in Spanish stream in English on Facebook, where the broadcasts have different commentators and interactive graphics.

League: Champions League Soccer
Broadcaster: Fox Sports
Deal: Nearly three dozen matches through the quarterfinals
The Details: Fox Sports will live-stream the matches, some of which will be exclusive, in both English and Spanish on its Facebook pages.

League: WNBA
Broadcaster: N/A
Deal: 20 games a season for the next three years
The Details: WNBA became the first female professional league to pact with Twitter in May, offering the platform exclusive rights to games that aren’t televised.

League: NFL
Broadcaster: Local CBS afilliates
Deal: One London matchup between the Baltimore Ravens and Jacksonville Jaguars
The Details: The $21 million deal makes Verizon the exclusive digital partner for the Sept. 24 game, which will stream globally on platforms including AOL. 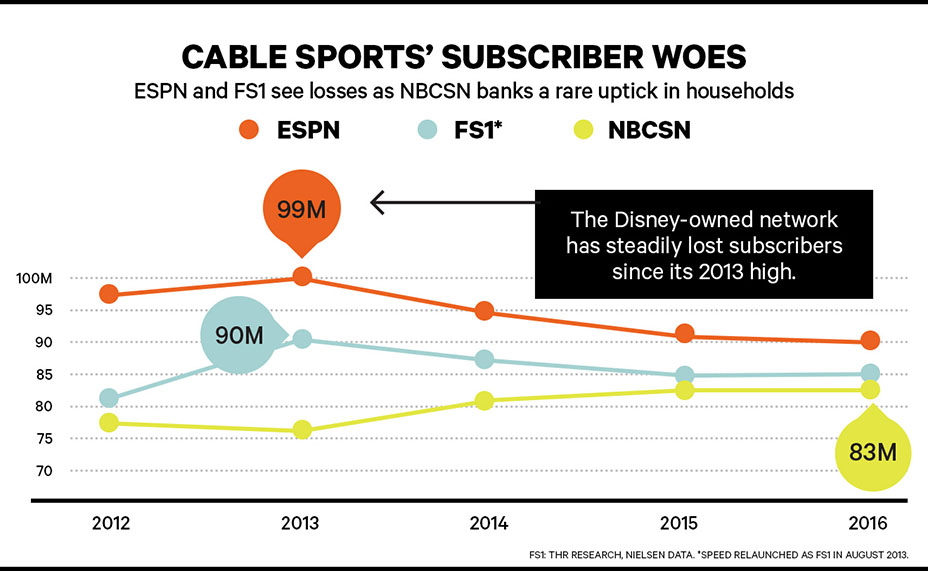 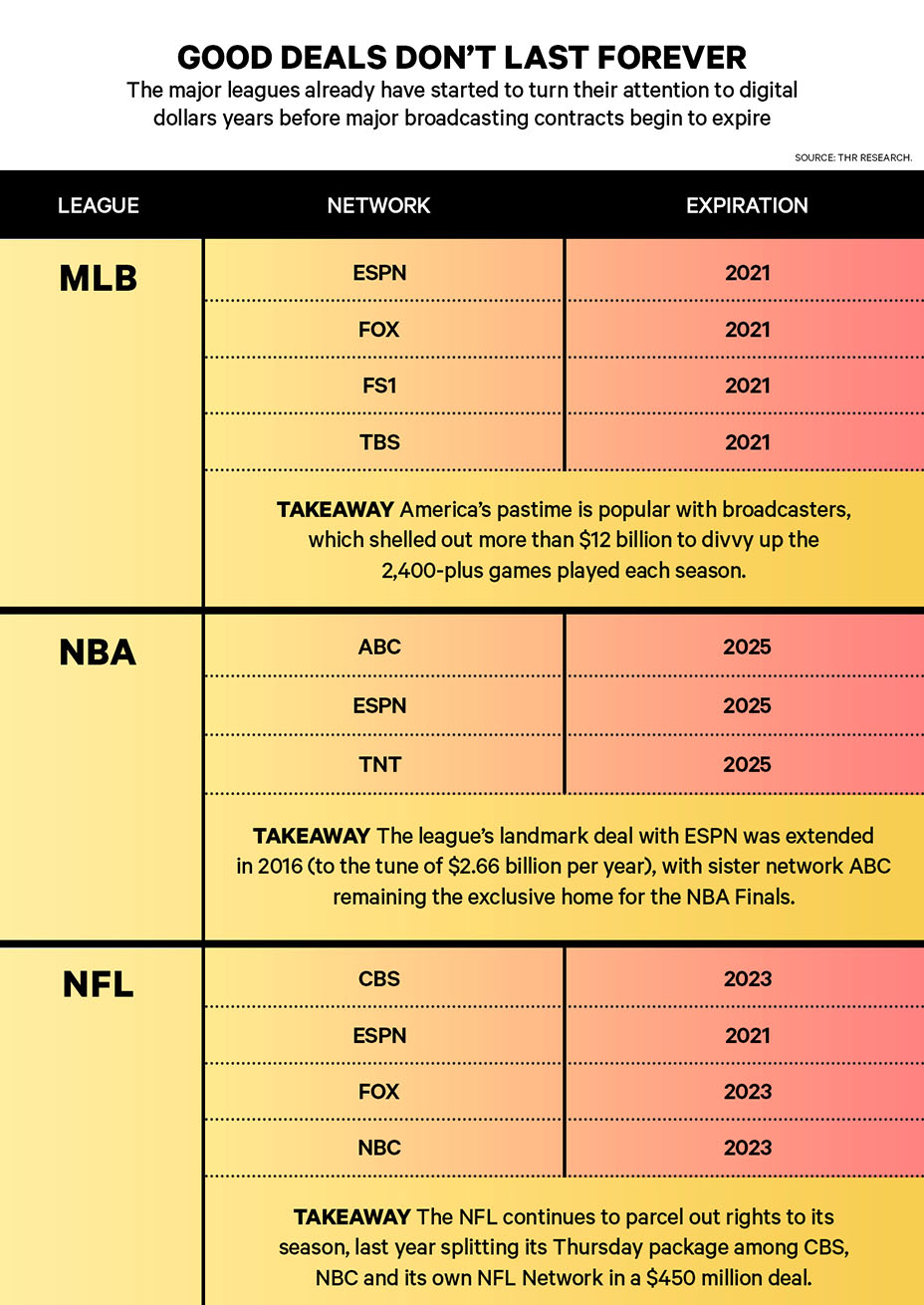 Aug. 4, 4:15 p.m. Updated to include additional information about Amazon’s deal with the NFL.